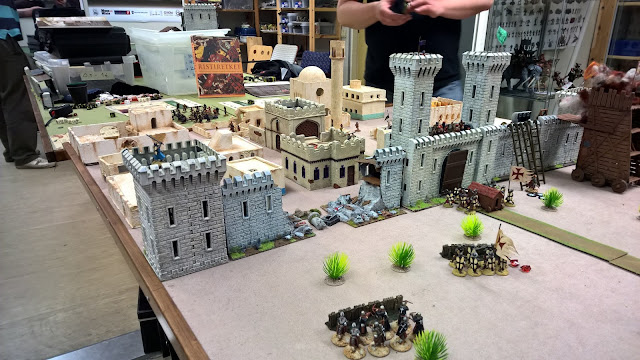 We've now played siege twice with simple enough scenario and few extra rules. Read further to learn how it worked out. You're most welcome to copy the concept of course!

The Scenario - Siege as a team game

Game lenght: 8 rounds, Attacker starts the game (defenders roll 3 saga dice each for their boards for the start)

Victory conditions: the side with most kill points inside the city (= more than 4" from the wall) wins the game. Difference of 1-3 points only is a draw

Deployment: Attackers deploy more than 12" from the wall, trebuchet battery 18-24" from the wall. Defenders must deploy at least half of their units to man the walls & towers 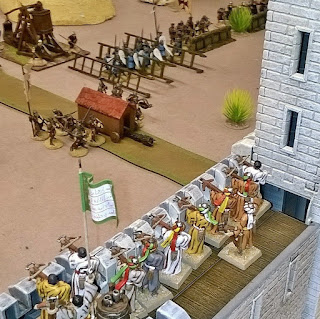 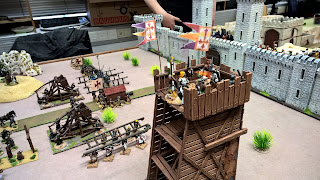 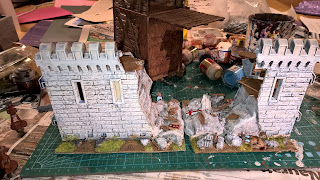