As part of our excellent Saga: Crescent & Cross -campaign we played a big team game last weekend in Ropecon. The game was a team game of 2 vs. 2, where us, the attacking saracens had 2 X 6 point Saga-warbands and the defenders had 2 X 4 point armies - and the castle.

It was really a great game (see plenty of pictures in Mika's blog here) and since we demolished a wall section in it, I just had to build (= demolish) one. Now I'm hoping to be able to use it soon.

I'll probably write a report about the game as well, but this blog is about constructing that piece of scenery. 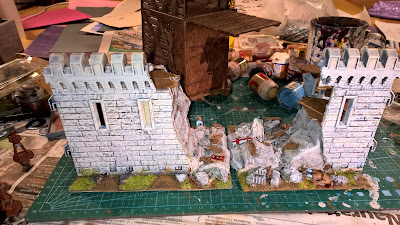 In the game we used a castle I had put together few years back for a game of War of the Ring to present the outer walls of Minas Tirith. I had bought two toy castle sets after some Xmas at
discount and converted them into a wargaming castle.

Here's a picture of the castle on the gaming field last Saturday. Now presenting the walls of Jerusalem: 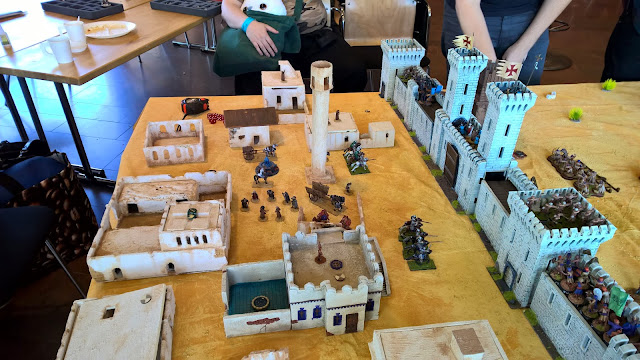 In order to make it, I had basically doubled everything: the walls were a converted combination of two wall sections and the broad towers and the gateway follow the same logic. It came out pretty nice actually!

So once again, a game gets my modelling appetite going and I set to work

I had one piece of wall, that was already damaged and I decided to demolish it, instead of building one from the so far unused castle wall bits I still had. Motivation for this decision was to save time from painting the wall to actually working on the collapsed elements.

With pincers and cutters I demolished the wall section and then rebuilt part of it and rebased it on it's own base. After that I filled newly opened ends with finnfoam, which is an insulation material sold in hardware stores. It's very easy to model. You can see the wire cutter used in the picture as well. 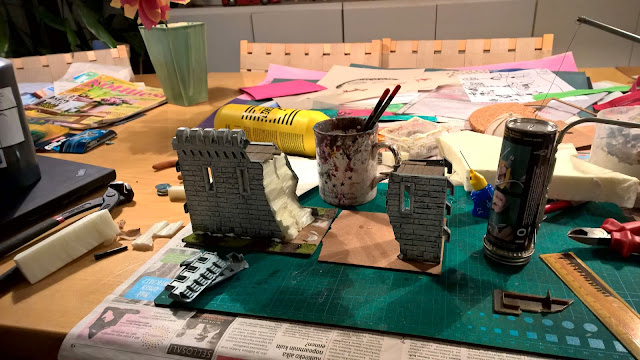 After that I used rest over pieces of finnfoam, pieces of balsa wood, corck, sand and other materials to cover the are between the still standing wall sections 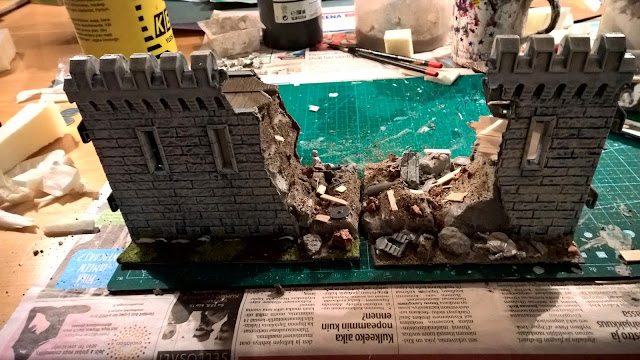 As a final touch I added some wargear and two fallen warriors (Perry's Crusader Casualties) to it. I also made a floor section inside the other wall section from balsa wood. Now as I'm writing this I wonder: "why only on one side,,,"

Ater this I made mixture of the stuff used to fill the inbetweens of clinkers, PVA glue and water + black paint. This gave me a grey matter that I used to cover all surfaces fallen stone debris. It gives a nice texture once it dries. I left it to dry until next evening.

Painting proceeded fairly quickly. First a wash of diluted black and once that was dry, drybrushing grey and white, Brown for the balsa wood bits and of course painting the war gear bits. 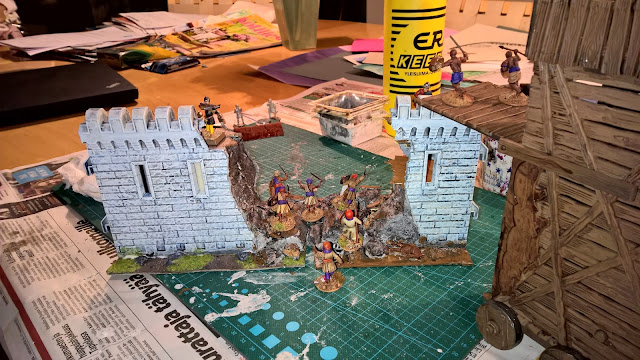 The finalized wall with some crusader and saracen shields and casualties - pictures from different angles. 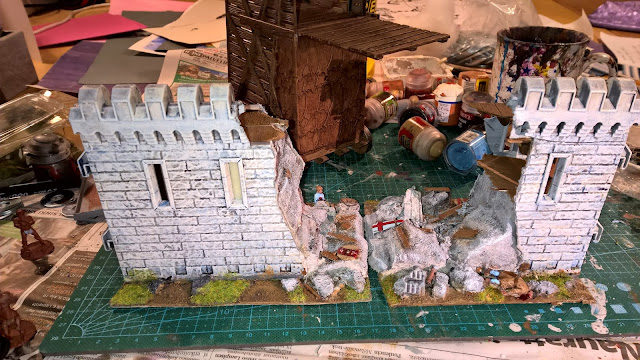 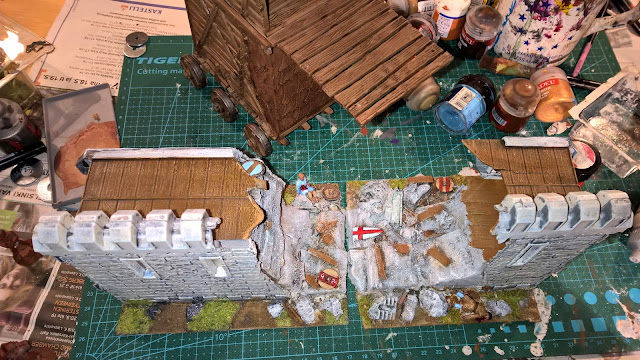 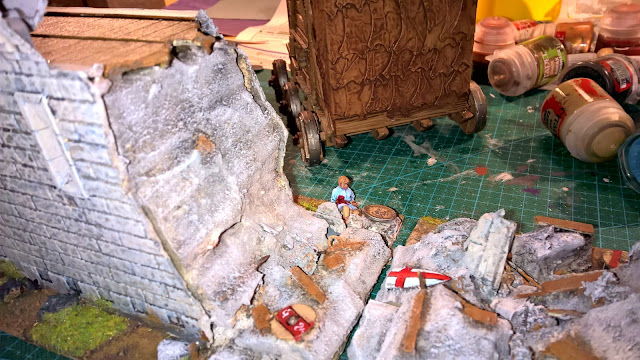 This fellow has gotten his stomach punctuated in the collapse,,, ouch! 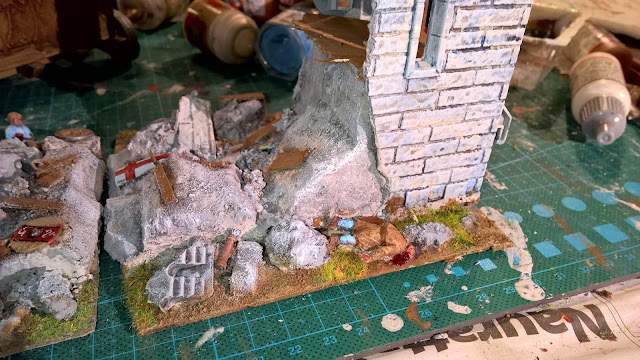 But this guy is even worse off!