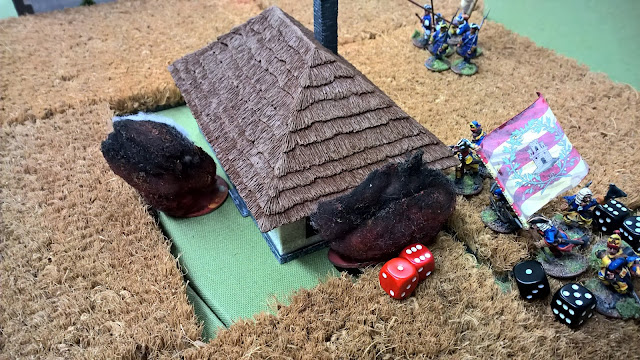 Today we played another practise game of "Muskets & Pikes" eg. Musket & Tomahawks -variant being fine tuned for The Great Northern War -campaign we'll soon start, Aito took charge of Swedes and Finns (Pori Regiment mainly, where he actually works as an officer today!) Those evil Swedes were raiding local Russian villages and heroic forces of General Kujalasov hurried to stop or at least to reap vengeance...

We rolled scenarios for each player from the 1812 variant rule book: Aito rolled raids and I took engagement to match that. In the Raid -scenario one needs to destroy all buildings in the settlement, this is done with cannons and torches carried by troops. In comparison; I needed to take out 2/3 of his units to win. Then we simply just set up our armies within the 8" deployment zone to save some time. 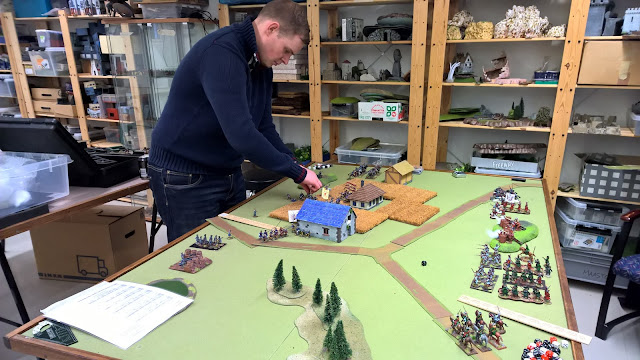 Russian deployment and first moves by the Karoliner 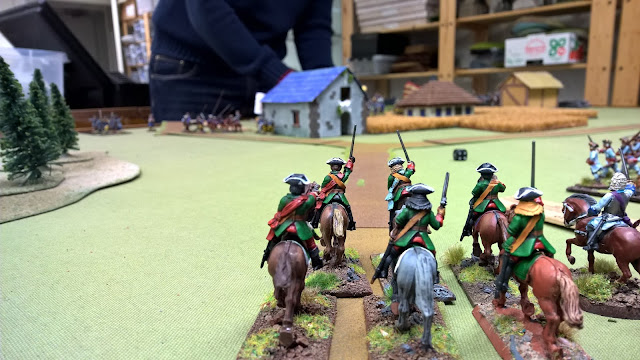 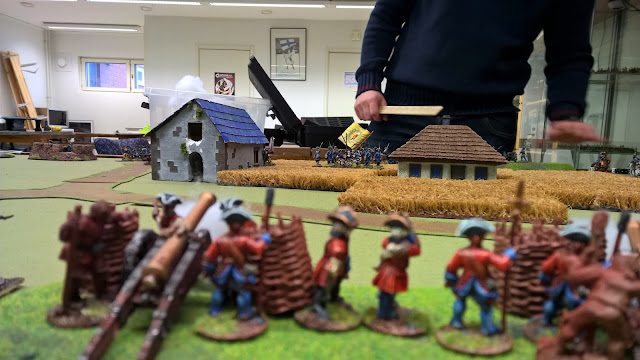 And Russian artillery in the middle - their first shots were wide off the mark... 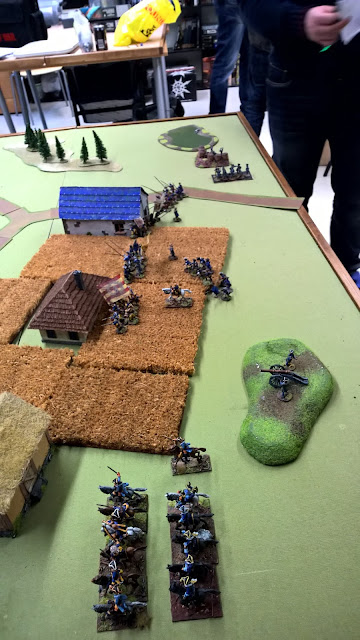 Karolinian infantry reach first two building in no time. Since units had 10 man each, a medium building was set on fire immediately - way too easily, if you ask me... 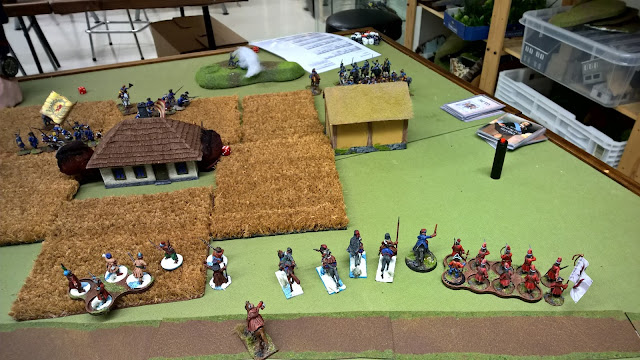 Russian Grenadiers forming into battleline with Cossack - preparing to fend of the potential cavalry charge from the enemy cavalry lurking not so far... 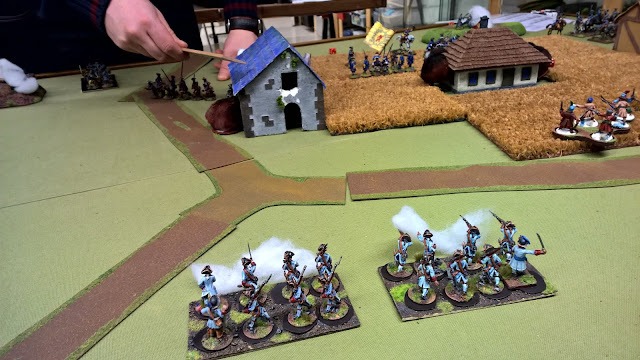 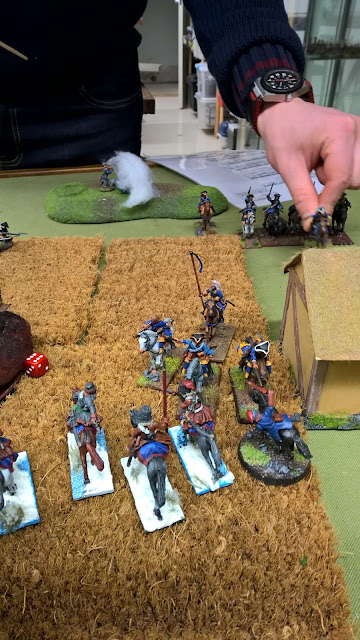 Swedish cavalry charges Cossack, only to get a bloody nose and retreat from it soon. 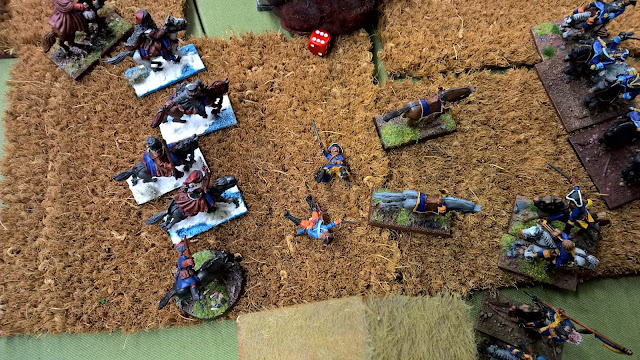 Encouraged by victorious shouts from their Cossack comrades Russian cavalry pushed forward  and quickly took out the Swedish Militia (what the heck were these service company B-men doing in the field anyway?). 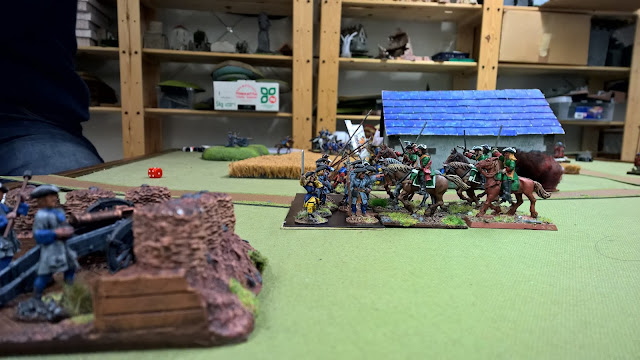 They then continued to engage the regular infantry to the flank, but these lads were far more sturdy! With their pikes they stopped this charge in short and soon the Russian cavalry was no more. Their commander was left standing alone, after he had won a Swedish officer in a gentlemanly duel 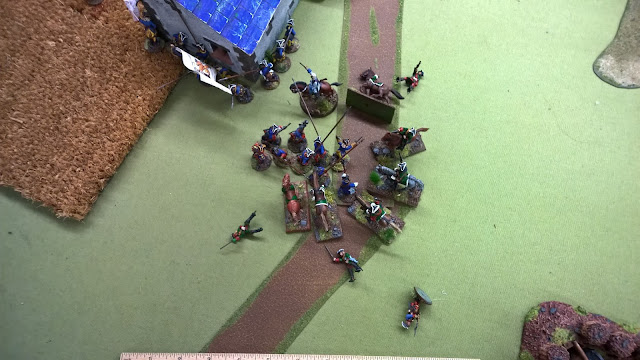 Swedish cavalry moving away (to the right) and infantry moving in, towards the last intact building... oh dear... 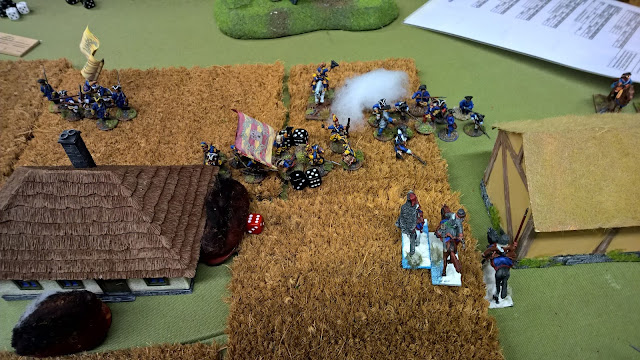 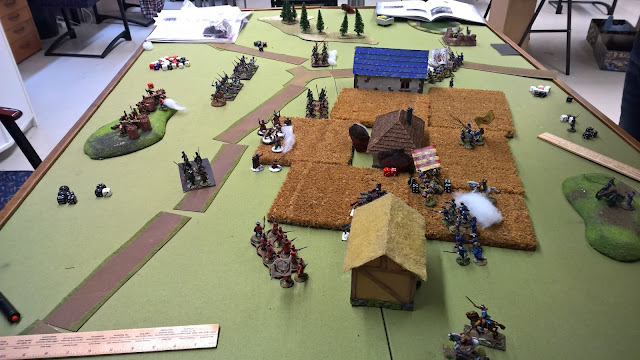 Finally the Russian Regulars woke up from their slumber and moved forward in all fronts. 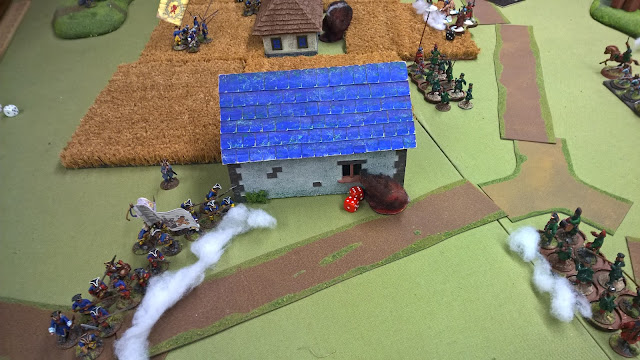 In the left flank the Swedish firing line had dispatched the Russian cavalry officer and now engaged Russian regulars, whom soon realized, they were facing too much alone and took a few steps back (recoil)

First round actually went through the entire deck, so it took some 2 hours. 2nd round started with two buildings already ablaze... 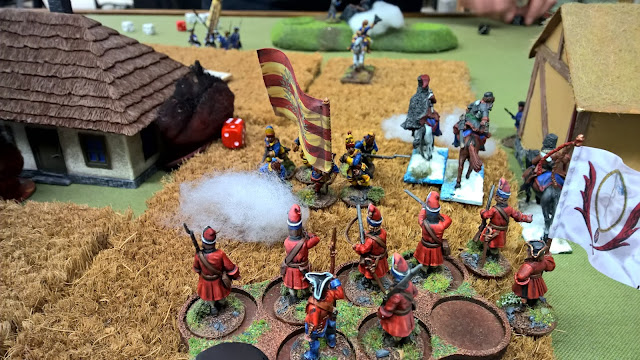 In the middle Russian Grenadiers engaged their counterparts, whom suffered badly from their volleys. Swedish cavalry completed their flanking move, but instead of charging the flanks of the Grenadiers, opened fire with their carbines. 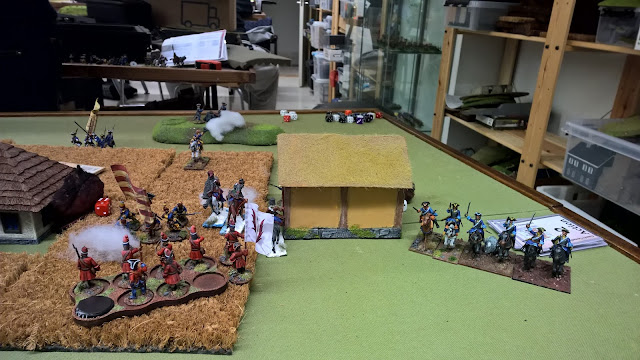 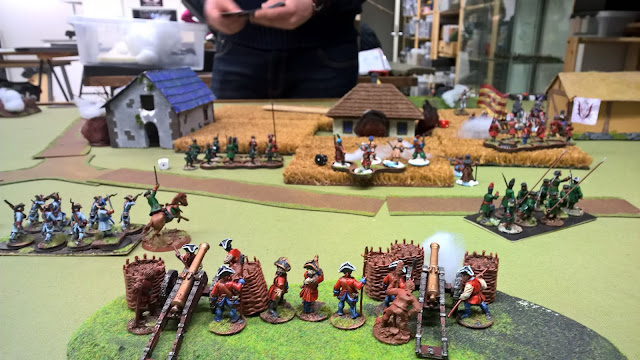 Russian cannons took few more pot shots, but the enemy was either too far or the targets too obscured in the maelstrom of battle! 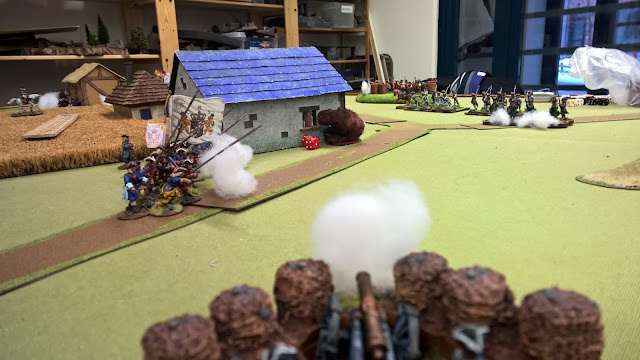 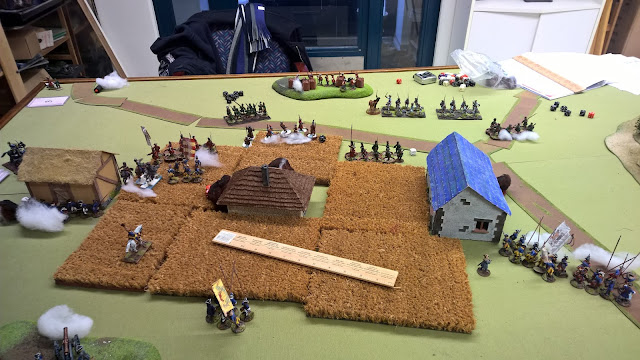 Since in the center the house was already a blaze and the concentration of Russian forces the thickest, Swedish elements already started to pull out from the battle - as their orders were! Russians were pushing forward, the village was lost, but the revenge could yet be taken...

At this point we had to call it a day, but the game had reached it's purpose: introducing the rules for Aito and testing them as well.