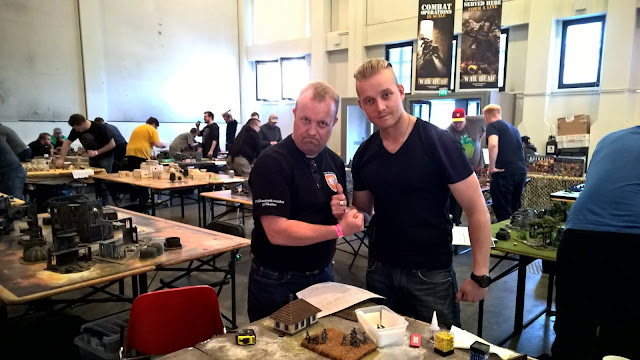 Our Nopat & Taktiikka club run 4 demos in this new "CON" called Porocon (Reindeer con): Bolt Action, Flames of War, Infinity and our Black Powder. You might not be surprised to find out, that in our demo Swedish Karoliner under Charles XII fought Russians under Peter the Great...


Scenario: Battle field contained five objective markers. Army that would hold (5") most objectives would win the game. Unit from both armies within an objective means that neither army gets it. 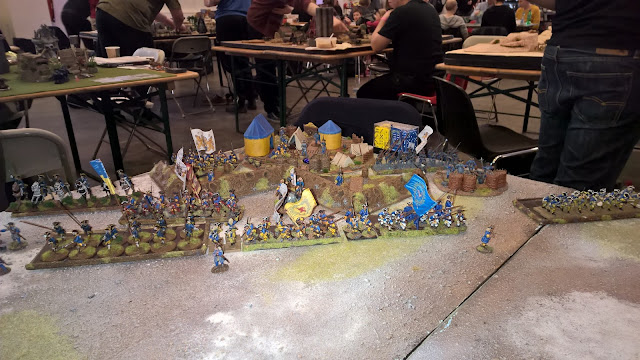 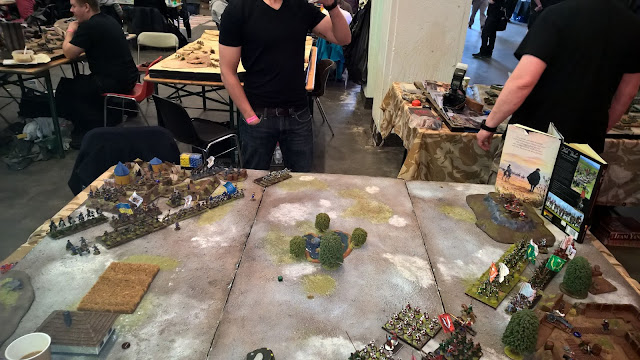 Russia won the initiative. My left flank  division speed marched in columns  to the Swedish right flank, taking strong initiative, but also taking a risk as they were still in  march columns 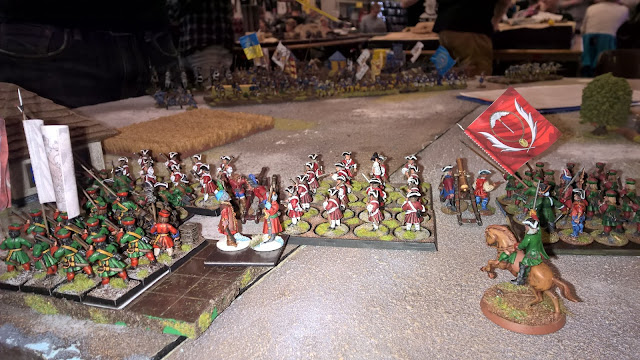 My right flank advanced more steadily. Unfortunately the cannons were left behind and never fired a shot... 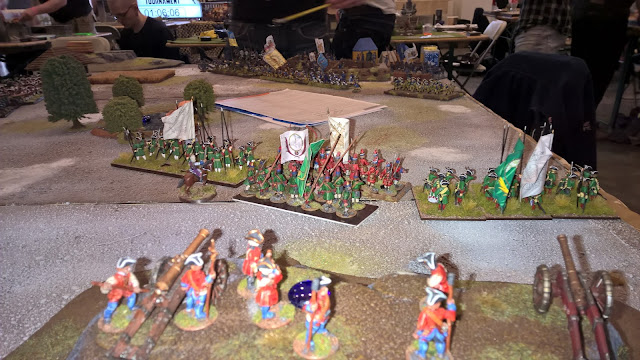 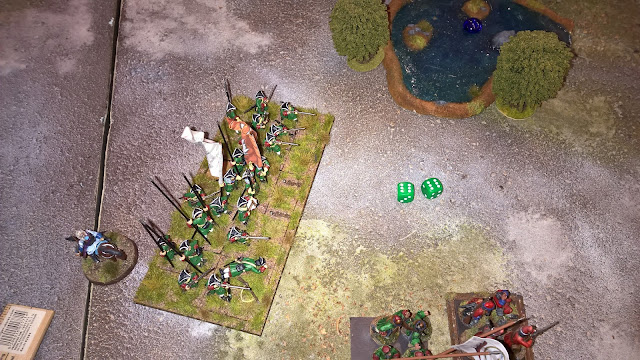 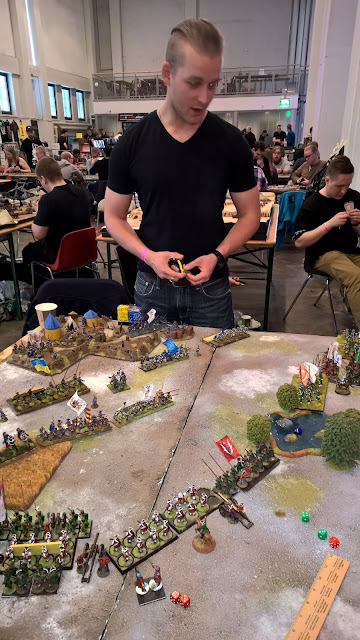 My left flank manages to form into a battle formation (line) before the Swedes caught them up... 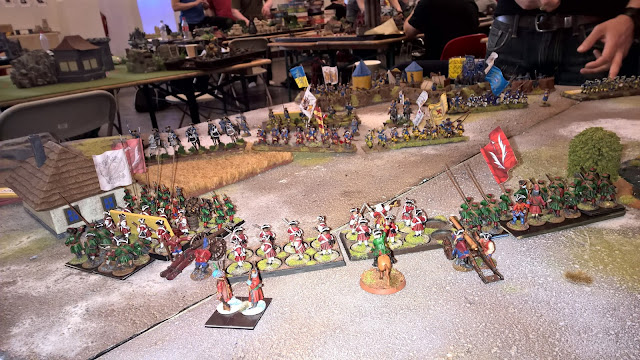 In the end of my second round, my cavalry division galloped to the battlefield 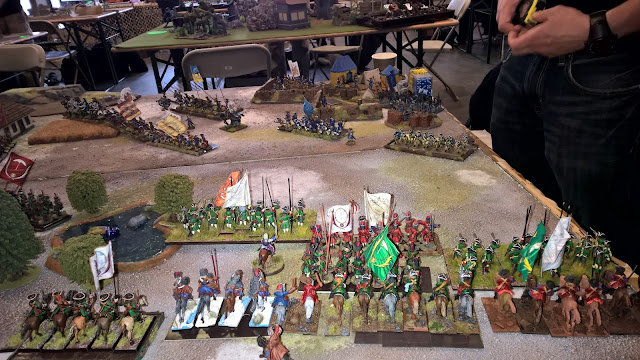 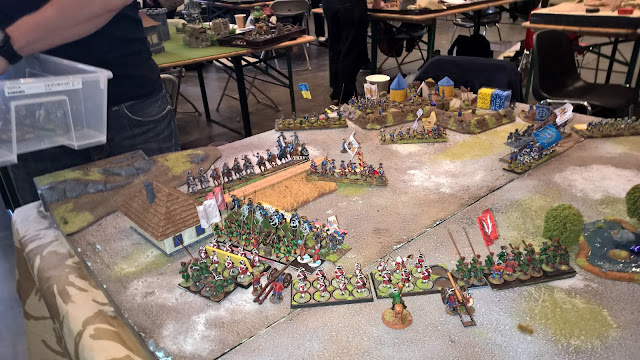 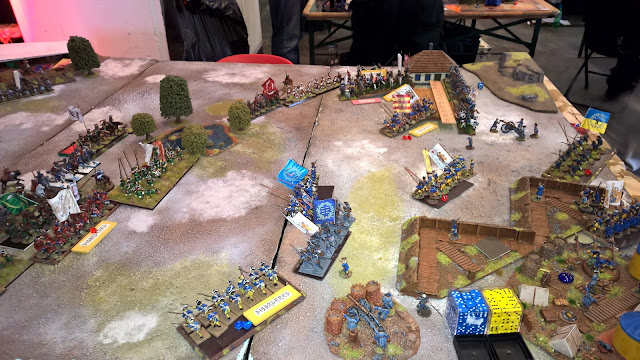 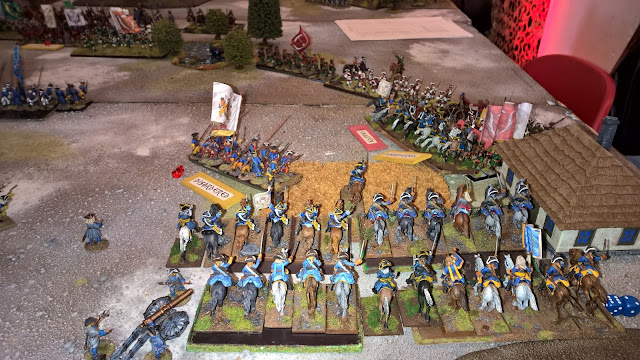 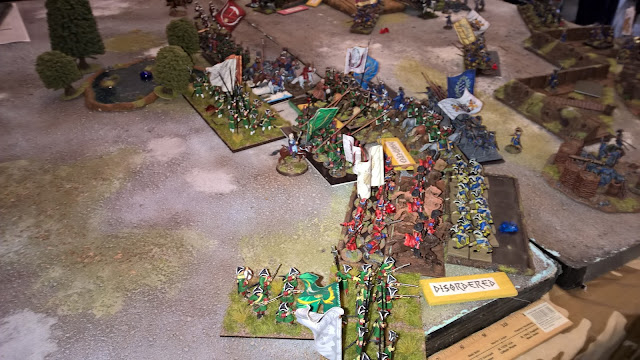 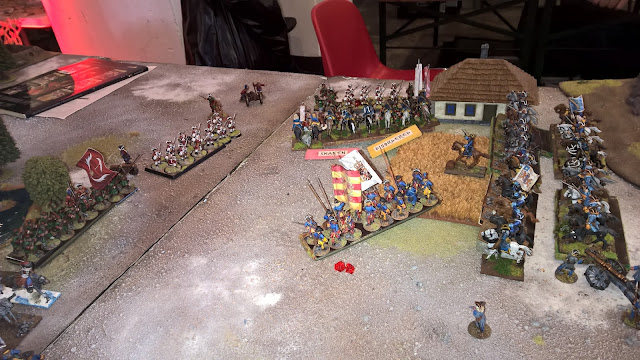 Charles XII was wounded as his unit was broken 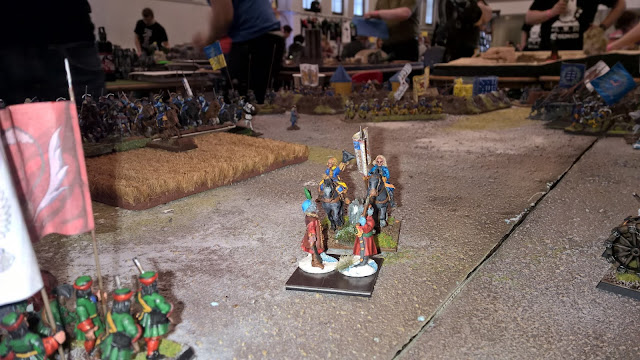 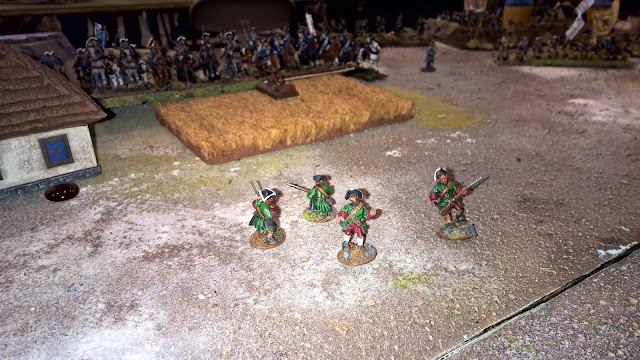 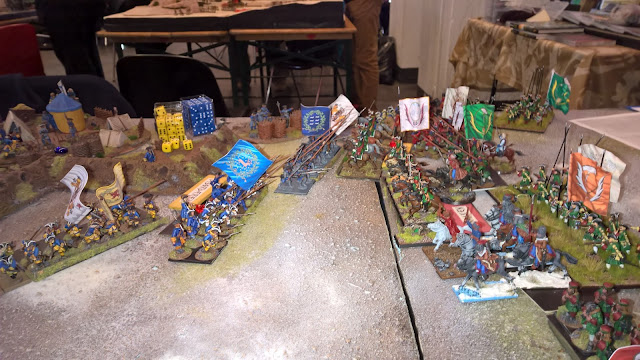 Swedish cavalry charges, first unit is shot to pieces by Russian cannons (kartuz), but other smash through 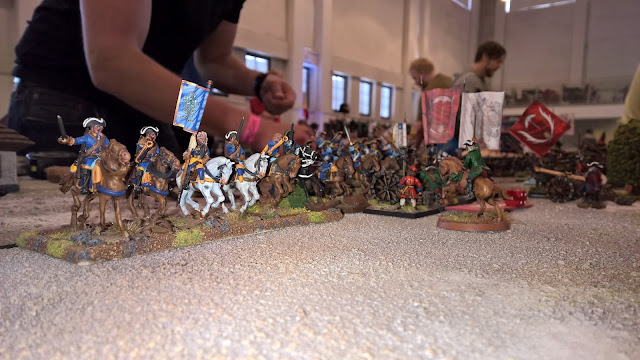 One more Swedish division marches to the field, there's so many of them! 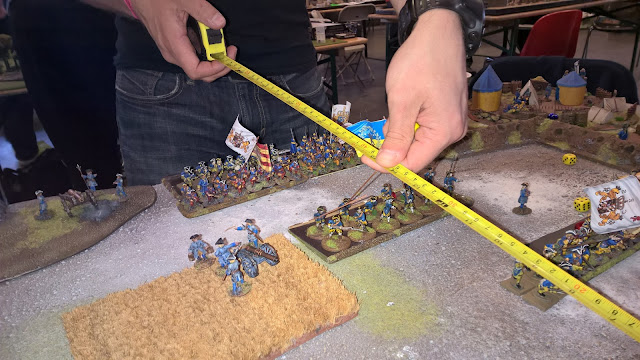 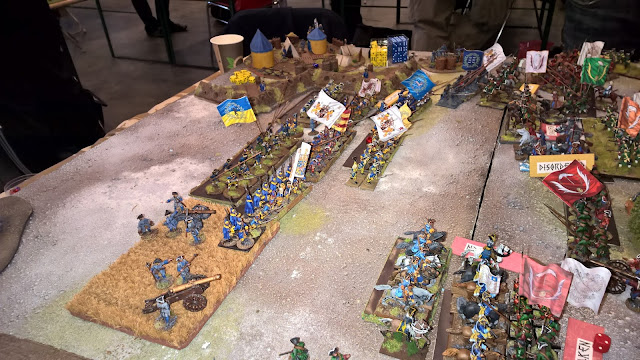 My left flank had collapsed, but my right was doing fine. Even if my cavalry division was feeling quite shaky. 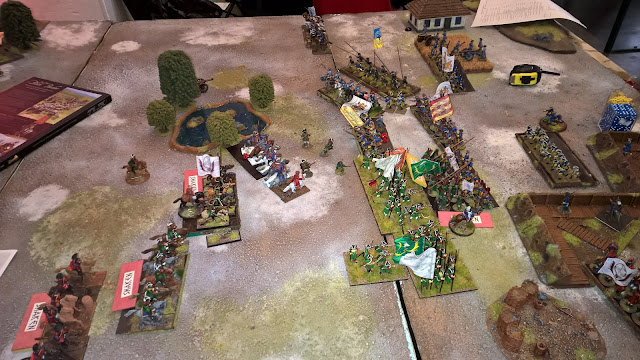 With 3 moves (without "With me" -command) Swedish cavalry captures my camp! 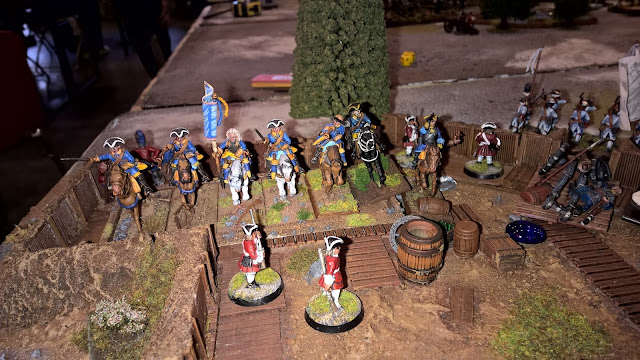 Objectives in the middle and in the Swedish camp are contested 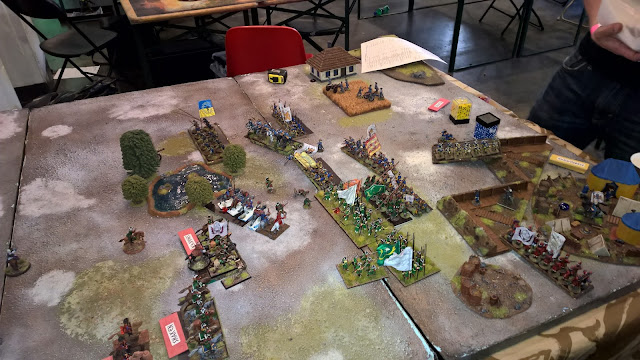 Just one more inch and my von Repnins Grenadiers would have taken the Swedish camp objective. They even charged a cannon to get there! 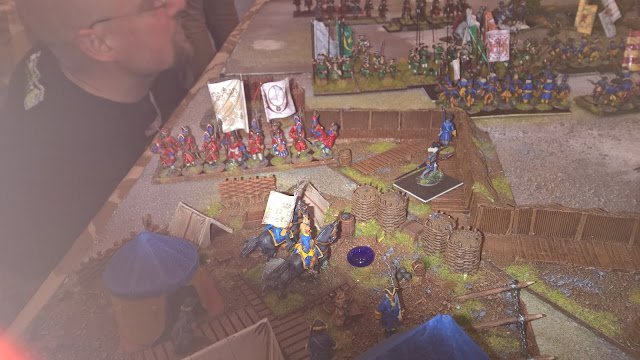 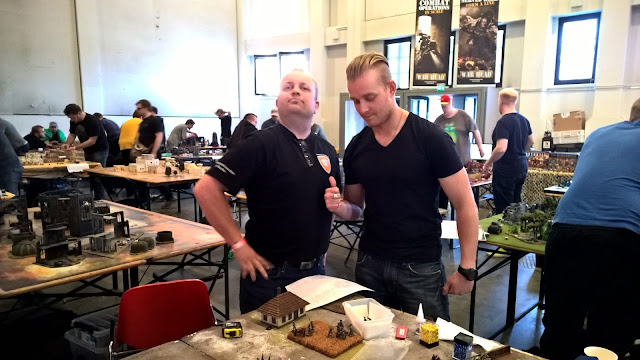