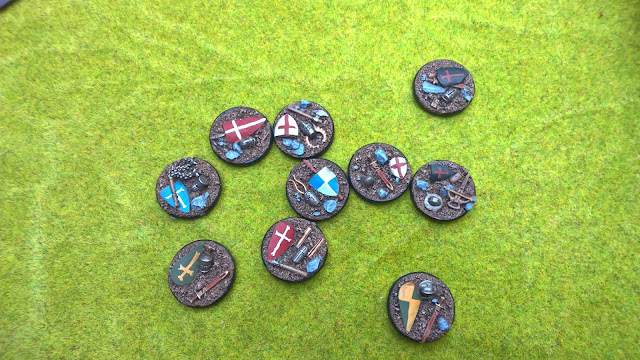 
Same markers, yet unpainted, and actually still unboxed. They are a freebies for ForgeStrters. I liked these. They could also serve as thematic bases for heroic characters. Only down side is the fact, they are all crusader / knightly themed. Some samples for Saracens and Mongols would have been nice. 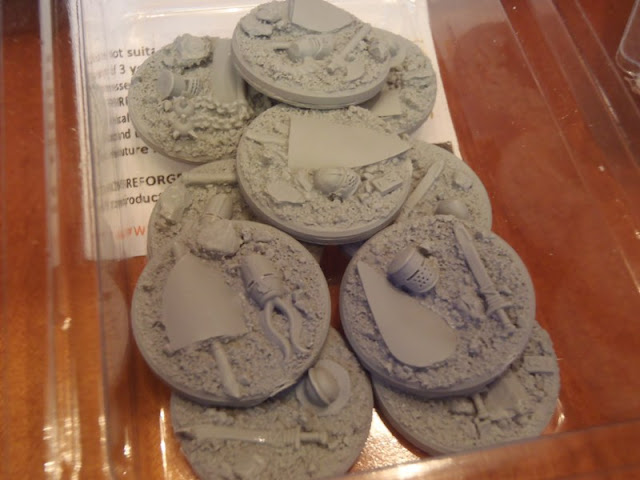 This is also one of the freebies in the ForgeStarter. It works well as loot / objective counter.
Sculpt is ok too. 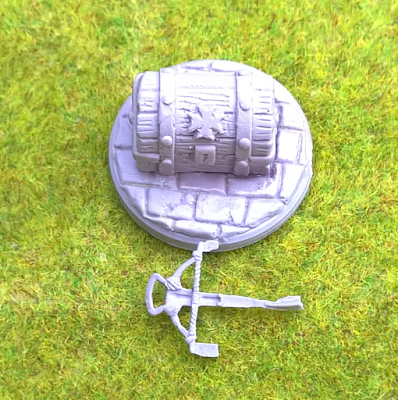 Third freebie is this set of barrels, crates and sacs. Here the quality of the sculpt varies unfortunately a lot: some of them are very nice, I liked the ones with fruits etc. showing. Few others were good too. Some of the barrels are pretty poor quality. Crates are about average quality. I like adding stuff like this to my scenery works (see the post on redoubts for example), so they will become useful. 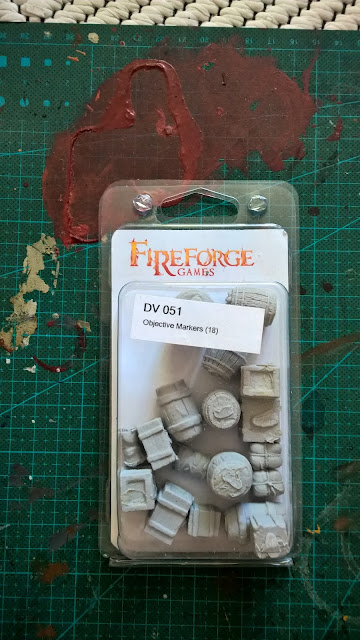 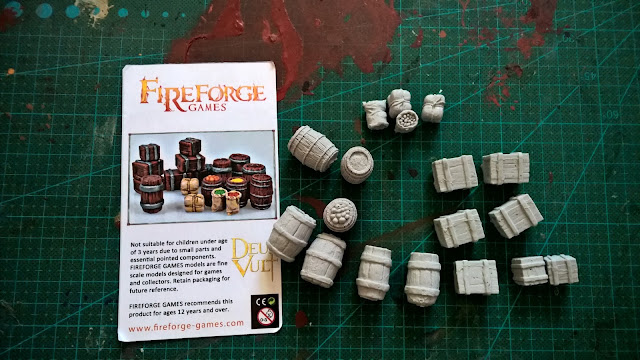 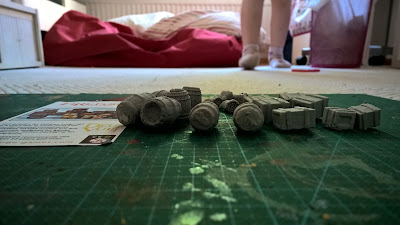 So here's the actual content of the ForgeStarter. The Plastic set is a bit delayed (should ship during summer), so the chicos at FireForge made a good move and decided to ship the resin cast stuff in the and of April. All of them are also on sale on FF website.

Here's the awesome Alexander Nevsky. He's really nice and the parts fit very well (I've already assembled him). He will make an excellent Battle Leader for my Medieval Russian army. 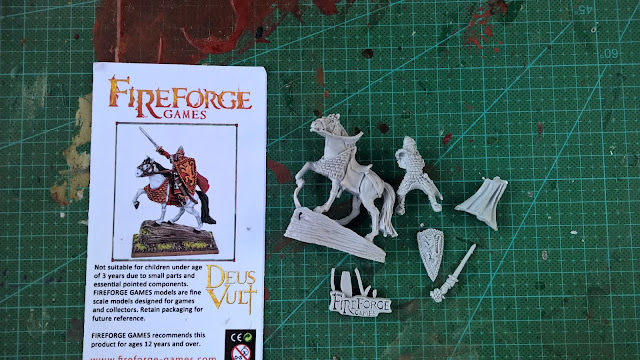 Infantry command is also splendid. Nice poses and sculpts. The banners and decorated shields are simply awesome. Fit of the parts was ok (started assembling these). 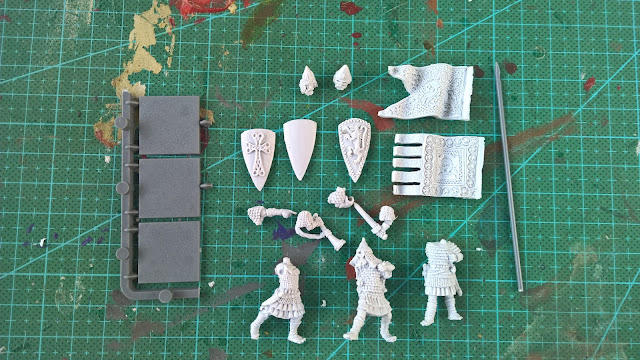 Next in line are the militia troops, both spearmen and archers. Both sets use the same torsos and some of the same heads, which is fine. Sculpts are good and there's enough of variation. I hope these will mix well with the coming plastic set... 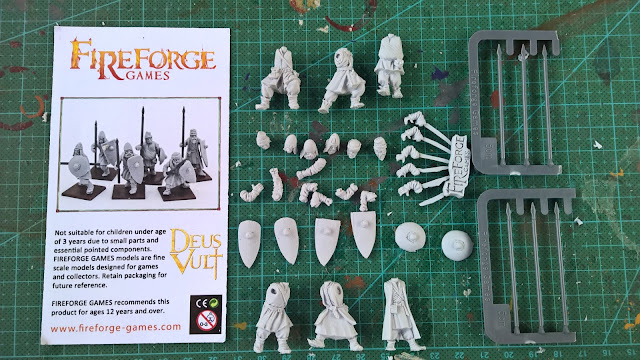 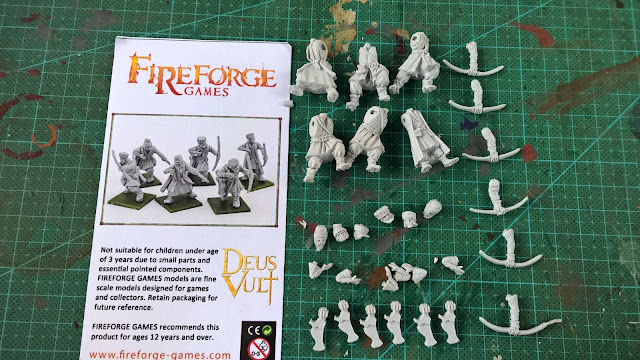 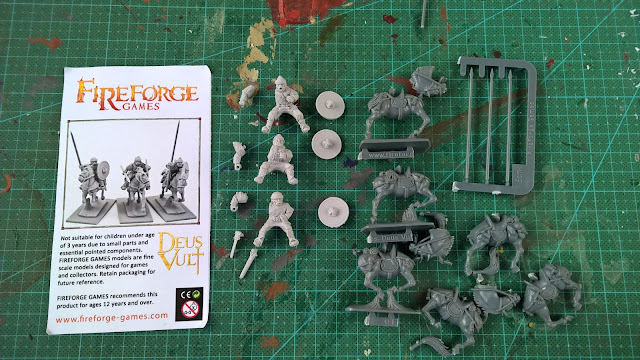 Last but not least: the chernyeklobuki. First riders and then command. My Russians will definitely need them to try to counter the skirmishing Mongols! Horses are from the Mongol cavalry set
Command set is excellent. Warriors are ok too. 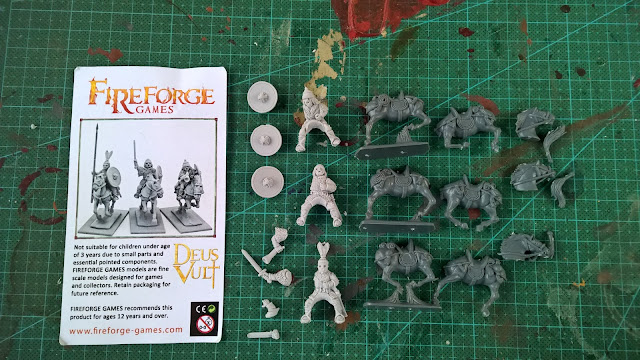 That's about it. I'm happy with the set. Painting will probably have to wait for the plastics to arrive and other projects giving space to this one. We will certainly set up games of Deus Vult  and Burn & Loot, where my Russians will facing Mongols or Teutogens. Or other Russians.
Lähettänyt Teemu klo 23.54