HQ-Raid in the Far East 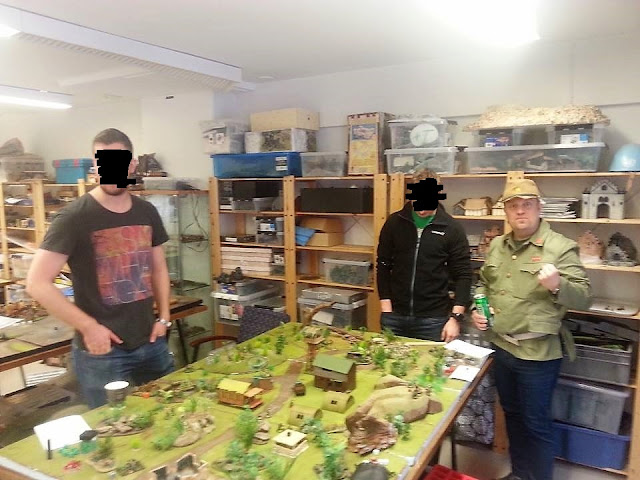 We had an "Open House" for Bolt Action today at our Club. This meant we had set up BA games on good looking gaming tables and people could come and play, even without own minis or previous experience. We had a full house (including few 9th Age -players in the midst) with couple of new players wanting to try it out. I was hosting a scenario from the Empires in Flames -book: HQ Raid, where British troops were attacking a village with a local Japanese HQ. All Japs & Gurghas painted by me, Chindits painted by Mikko. I was playing with my friend Ludde and his pals quite new to the game. They preferred not be presented in the blog, hence the "masking" of faces.

Scenario: British have surrounded the village and their objectives are to eliminate Jap HQ units (5vp.), loot the HQ buildings (D6vp) and kill Japs (1vp / unit). Japs need to repel them by eliminating enemy units (3vp / unit). Half of the Jap units are in the reserves and enter from a random table edge, via the tracks. 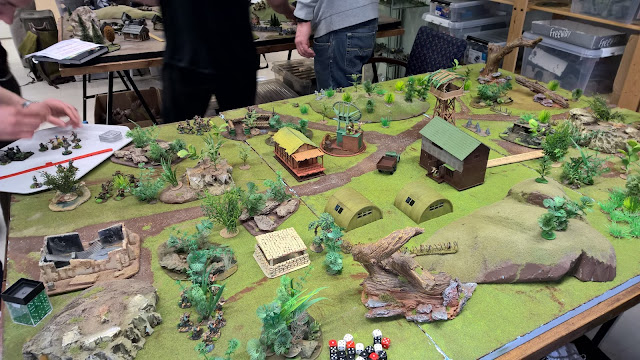 Both rosters are missing a regular Medium Machine Gun -team. 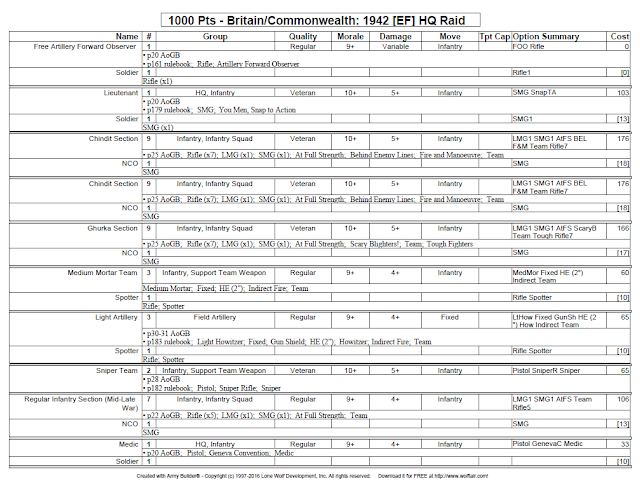 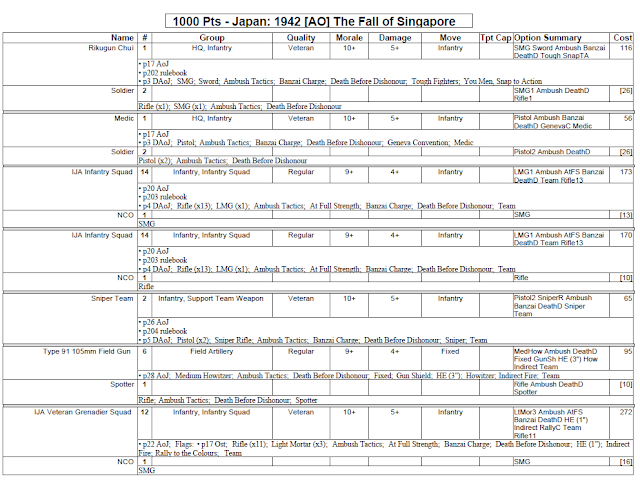 British troops had surrounded the village from three directions. Tough as Chindits and Gurghas are,
they didn't suffer any losses from the "exhausted" -special rule. 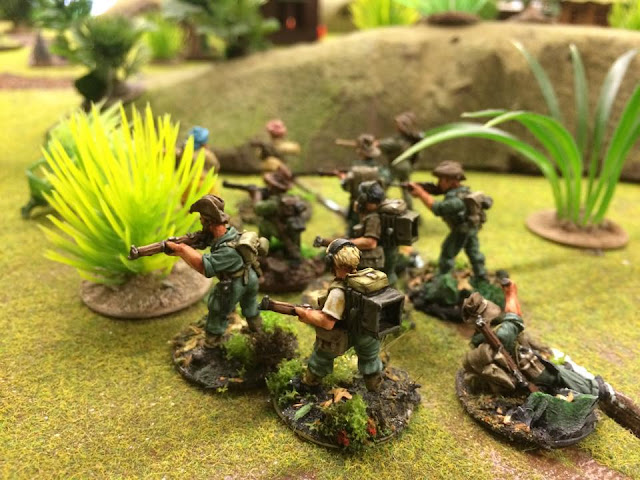 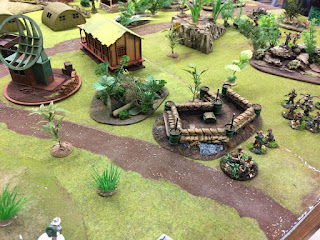 My Japs were deployed in the two HQ buildings, the larger one included
a IJA infantry unit as well. 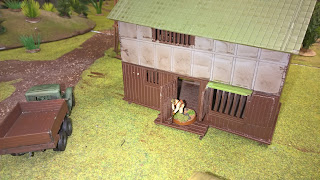 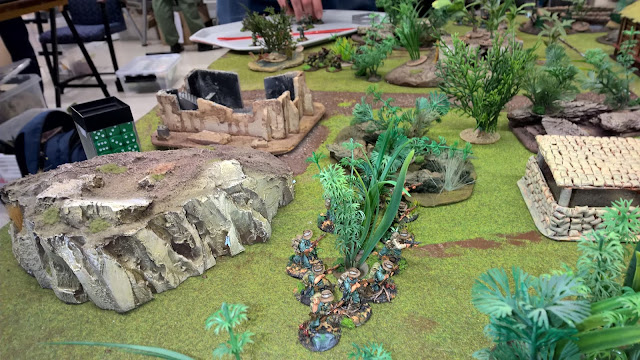 Jap dice were coming up from the bag and I placed both my sniper and
the infantry unit into ambush.
Then the British opened up with their light artillery and blasted a hole into
the HQ building and decimated several IJA troopers in the process.
My Medic medi-evacuated himself away from the approaching enemies... 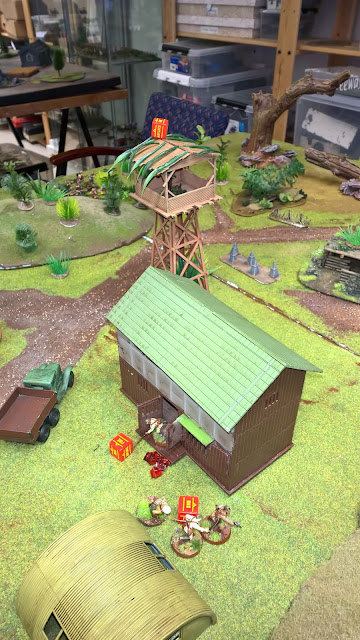 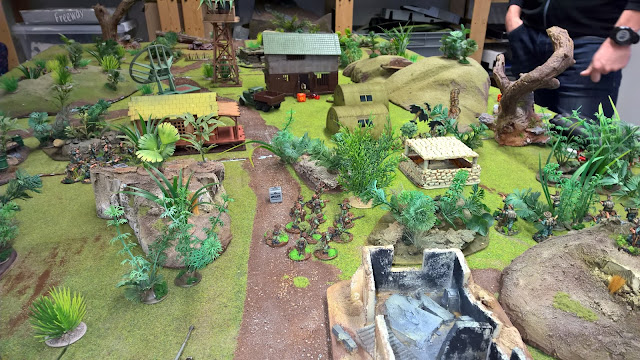 Second round started with a Chindit units chasing after my medic, who survived by hitting the deck. My IJA unit with plenty of pins from the arty fire saw their opportunity to win glory and chargesd out of the blasted HQ building; they came close to destroying the Chindits in the first round and eventually took 7 Chindits with them. Here we actually made a crucial rules error: we were in the belief, that Chindits are all Tough Fighters, but they aren't! Our units would have won their melees without this error! 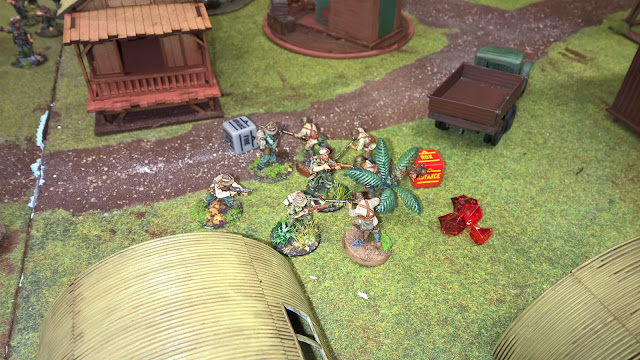 Our reserves arrived as ordered and our Veterans immediately blasted at the British regulars on the hill - hitting also with 2 / 3 light mortars! 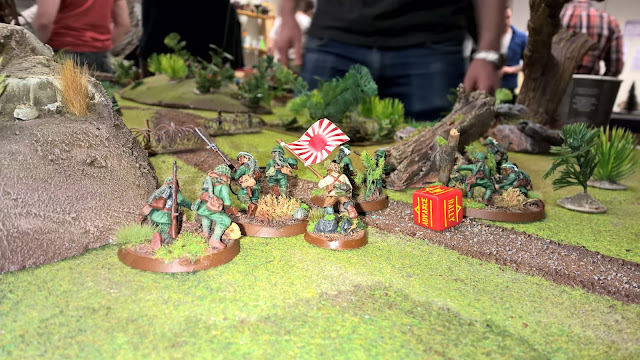 This barrage left the enemy in shock - even if surprisingly few casualties were inflicted
(8 mortar hits wounding on 3+!)

More reinforcements poured in and strafed at the Gurghas causing 3 casualties! 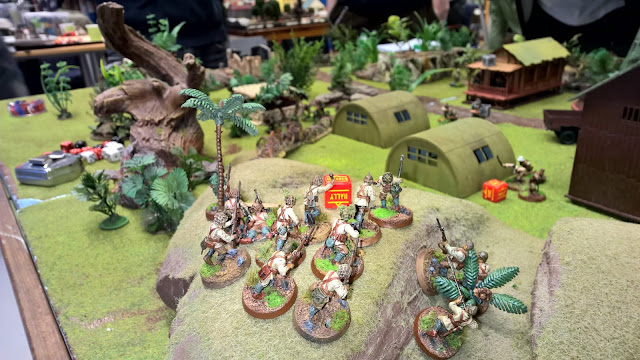 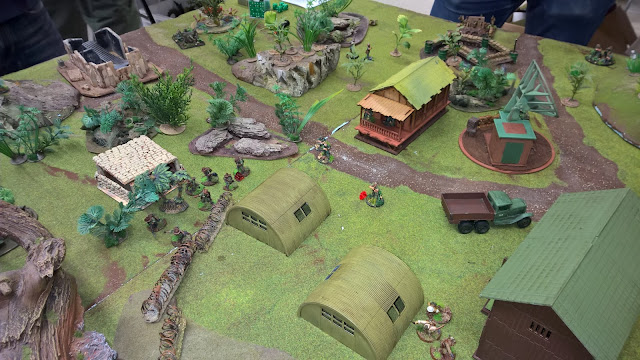 Battle for the HQ building

Most fierce fighting was taking place around the HQ building throughout the battle. Unit of Chindits stormed in to the building, but couldn't engage my HQ unit, as they were on the 2nd floor. My HQ unit strafed the invaders with lead and then my troopers charged in to rescue their beleaguered commander and slaughtered them in a fierce melee. The HQ building was secured... for now. 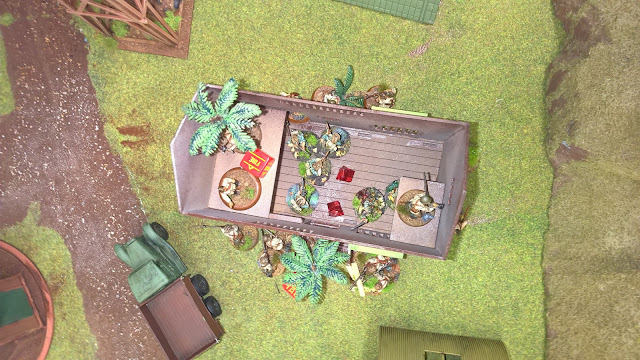 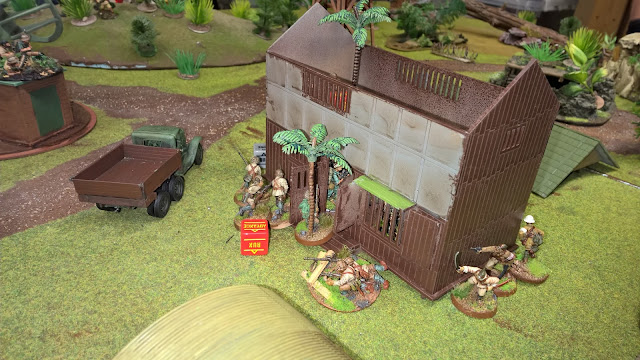 But the trouble was far from over as more elite Commonwealth troops rushed towards my HQ; Gurghas seemed to have forgotten that they are close combat specialist and advanced with their guns blazing... 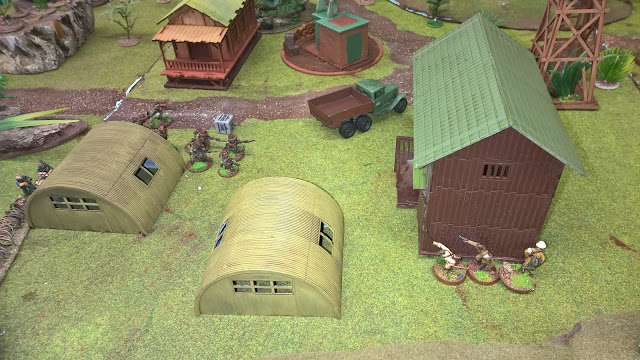 Our poor medium howitzer had entered the battle field on it's own and had been continuously harassed by the enemy HQ-unit. It had fired a single shot, but it missed! 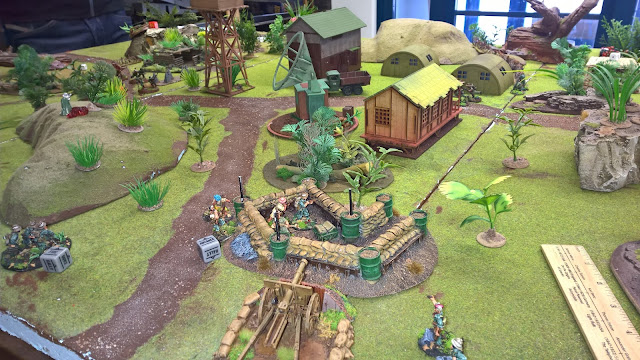 As the HQ building had finally been overrun by Gurghas, my only remaining HQ-unit - the medic - evacuated himself again and dashed towards the veteran unit. 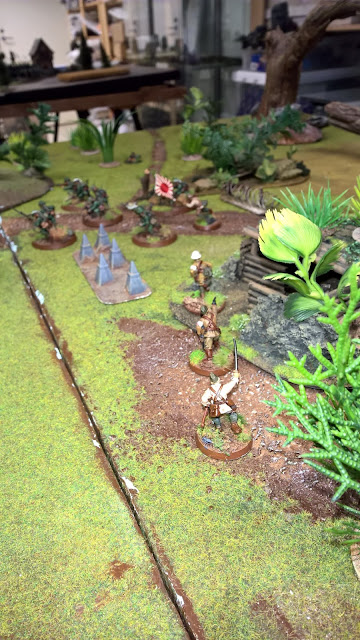 Whom proceeded to take out the British mortar team and the remnants of the regulars unit. 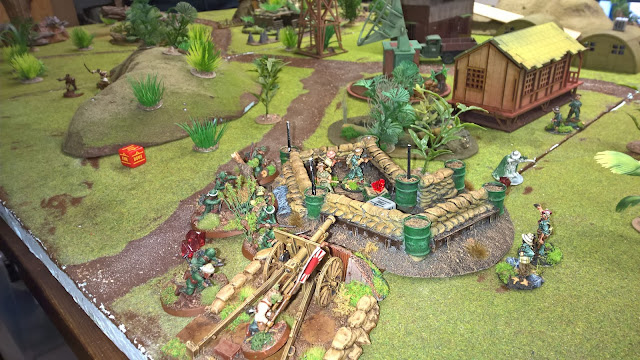 Before our veterans decimated the regulars, they shot their own commander in wild panic!!!
Thanks for the 3 vp's! 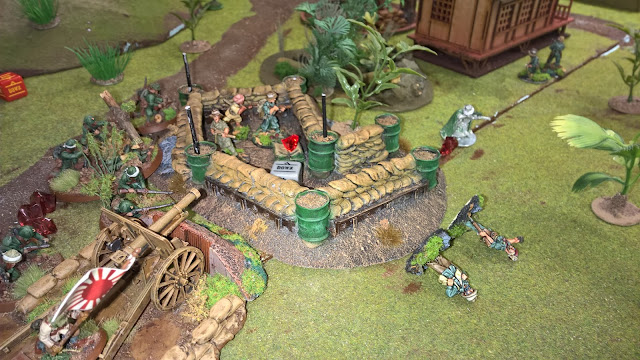 But we were already on round 9 and as the dusk fell, the remaining British forces moved out of the village with most of their objectives covered...

RESULT: DRAW!
(We agreed to call it a draw as the British "cheated" with Chindits acting as Tough Fighters)