Our LOTR -saga continued with Marko and Kalle - the plan is to play all the scenarios related to the book. So now the Fellowship has left Rivendell and they are attacked by pack of vargs, that seems to have endless amount of vicious and hairy beasts! 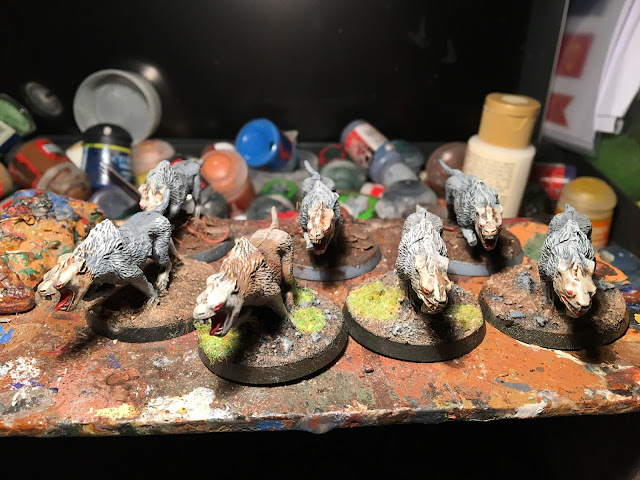 I had painted few more beasties for the game.

Winning criteria in this scenario was: if vargs could kill before end of the game (duration was random) either 5 members of the Fellowship OR just Frodo, the evil side would win. Dead vargs were recycled and could enter the battle a fresh from the next round.


The Fellowship had just camped as the day was at it's end, as they heard the howling of the approaching varg pack... 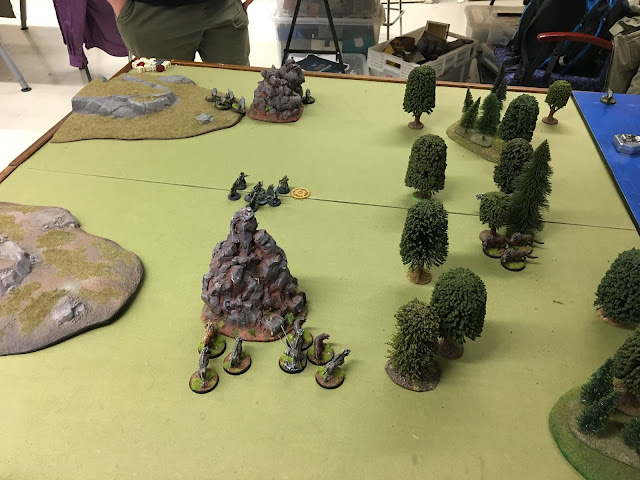 Gandalf cast a fire spell and the the woods Gimli hat gathered suddenly lit up. Legolas and Aragorn stringed their bows and everybody else snatched a burning log and drew their swords & axes. 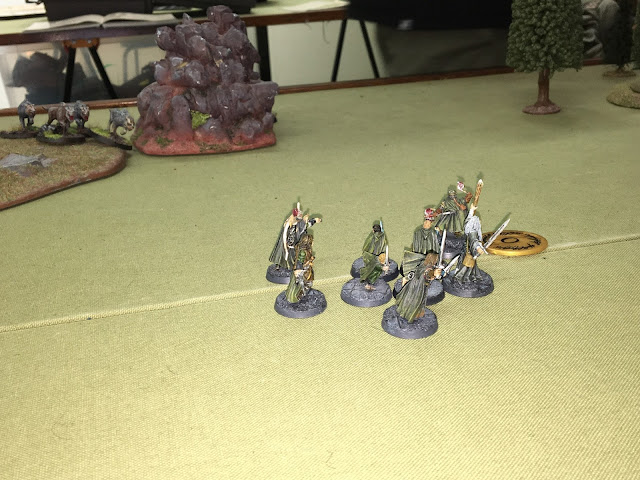 Few vargs fell to arrows but the huge pack was closing in fast... 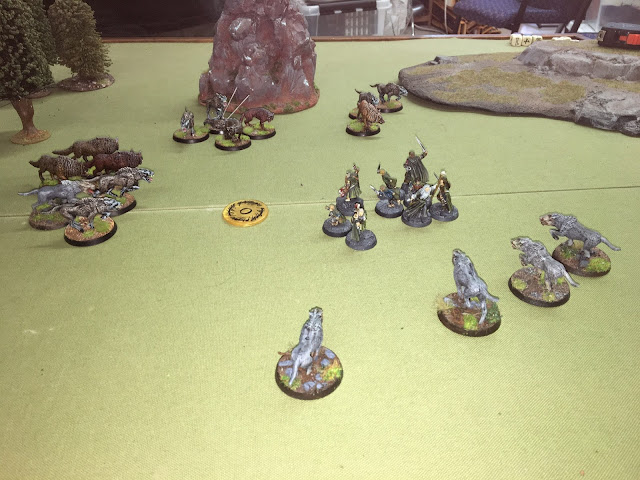 Aragorn was the first to face the snarling varg faces, the mighty hero he is, he made short work of several hairbolls... 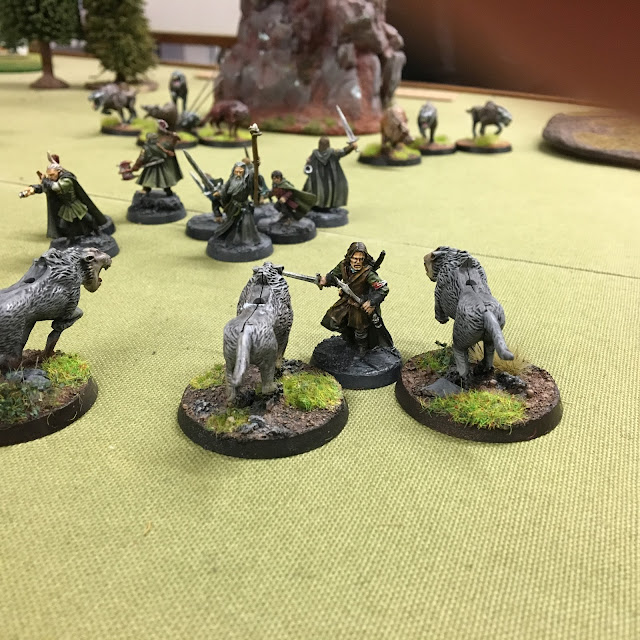 Then the pack was all over the Fellowship. Mightier fighters did their best to protect the hobbits. Gandalf blasted away with his sorcery felling several vargs. 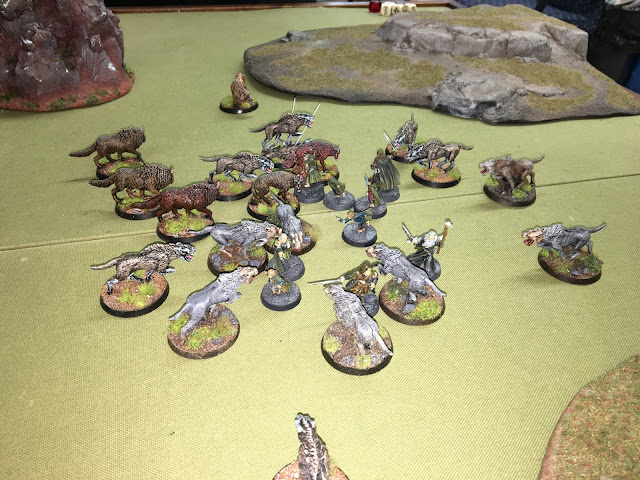 The first attack was repelled with out any losses for the fellowship!
(smart usage of Aragorns free might kept the initiative in Felloship's hands) 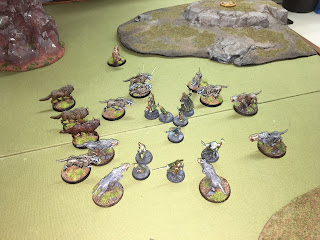 After several rounds of Fellowship initiative the vargs finally
got to make some moves and brave Sam got chewed a bit! 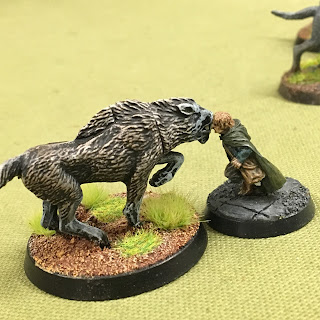 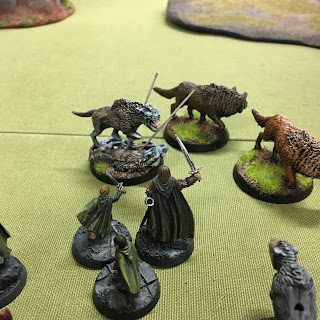 Vargs were falling here and there, but more and more just kept coming! 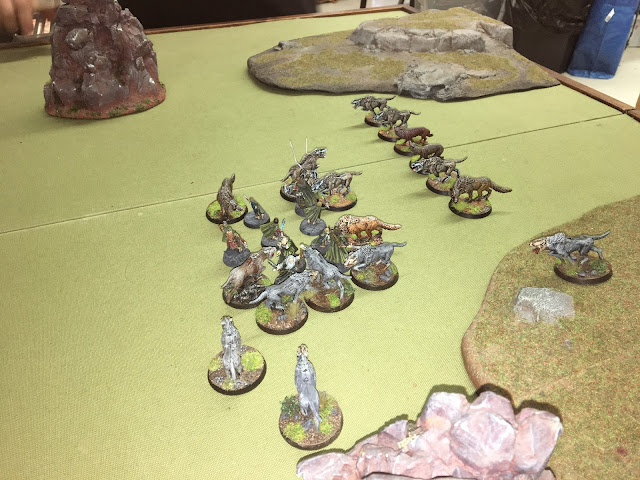 Vicioos fighting started to take it's toll and Gandalf the Grey started to feel his power diminishing...
Still the Gray Wanderer was all muscle and sinew and several bites couldn't really hurt him seriously! 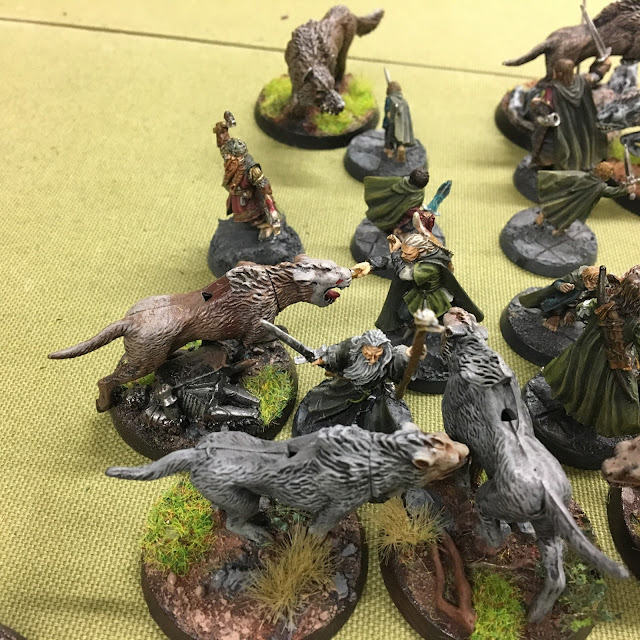 Poor Pippin was the first to fall... 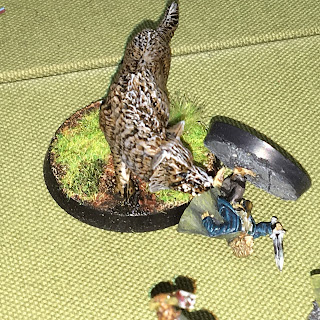 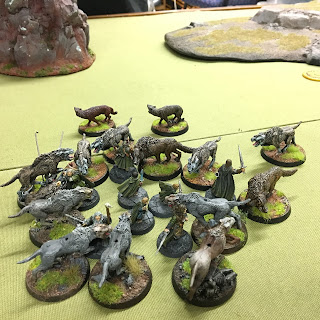 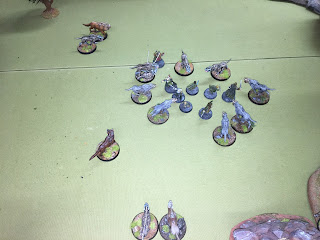 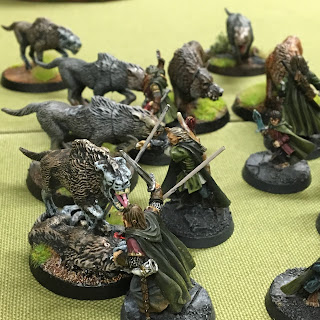 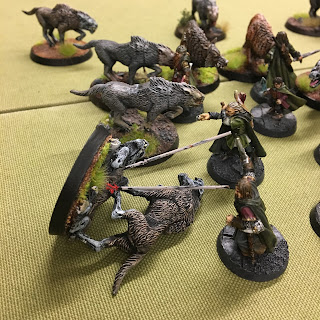 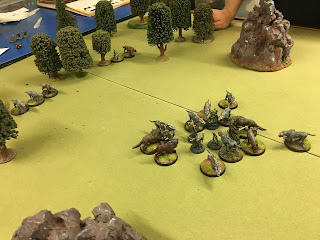 Already 3 hobbits have fallen! The Fellowship is pretty worn out of
their might and fate... 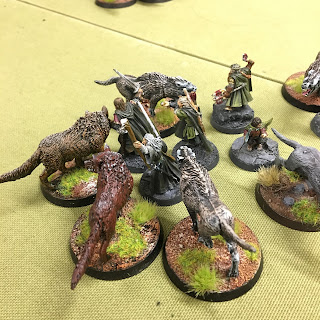 But so were the players too!

After 16 rounds of gaming and 51 dead vargs we decided
to call it a day and a draw! 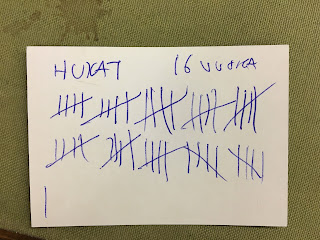