The Other Way Around!

The Cowrie of Coumbra as the pursuer 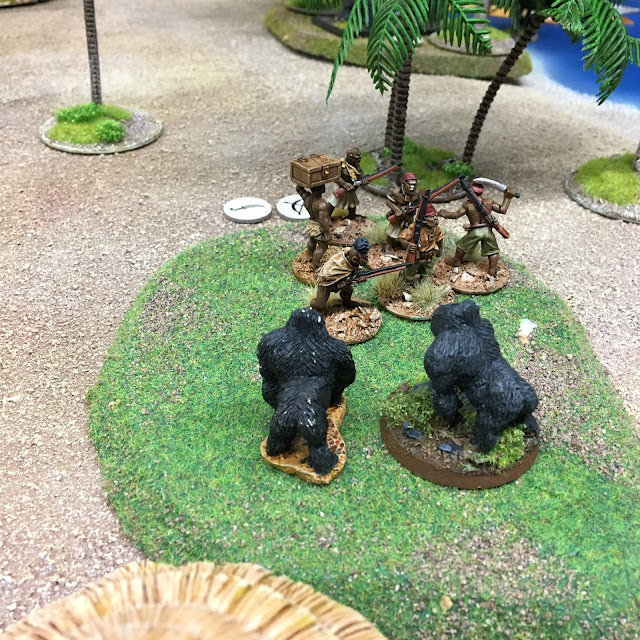 As both me and Kalle liked the scenario very much on our first go, we decided to turn the tables... read on to learn how it went this time...
Check out the scenario details from the earlier report!

So I would be the chasing the Whiteman's column through the jungle this time... hmmmm.

I did some thinking and decided to boost my African Kingdoms column with a War drum - to be able to shift nasty terror markers to enemy units to hinder them as needed (movement, melee or as would suit the situation) AND a Witch doctor as many of his incantations would work very nice in this scenario indeed. 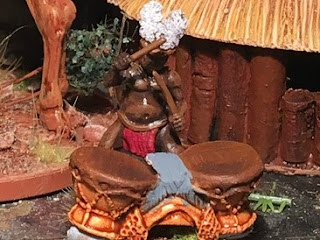 Otherwise my column was as follows:

So  my plan was to to harass the enemy with drums, magic and some shooting and then finish the stressed enemy groups with my excellent (Combat D10) melee groups. Totally solid!

I had also speed painted three first huts we got from Monolith design: 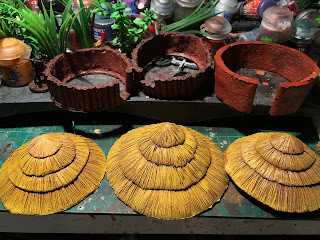 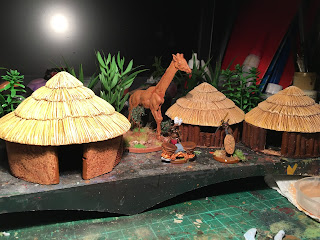 I got an excellent start (at least I thought so), as I revealed a token which allowed me to move all of my units for S (= 4"). In this way I got all my units into the board, before Bwana Kalle could get any of his. This would certainly improve my chances to block their escape route!

As a down side this of course meant that Kalle was able to shoot my troops seveeral times before I could retaliate in any way...

First round on it's way: all AK-groups on board. One WMC-unit has dashed forward to the first token. Several WMC units still to make their entre... 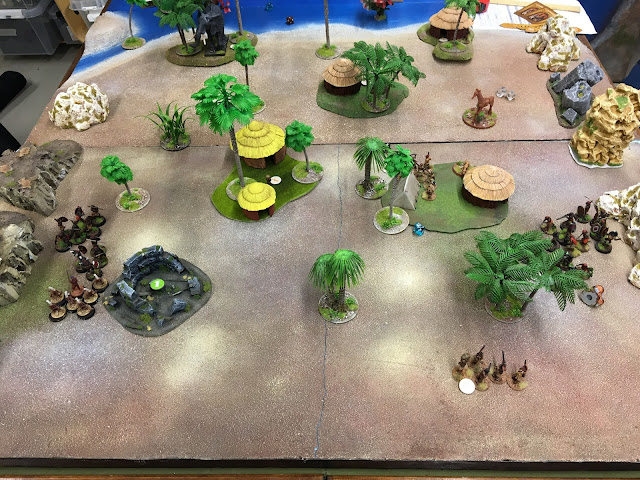 Damn! My Drummer had a really bad luck: he was sniped out by
the enemy soldiers. Very drastic considering my strategy! 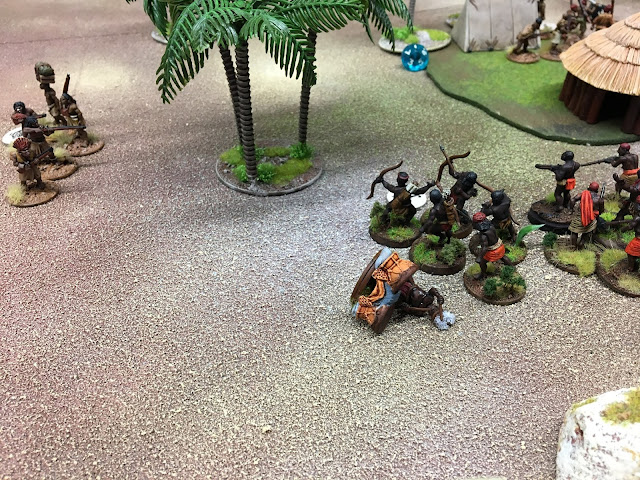 I chose to activate the token and it gave me the gorilla. This was a significant psychological asset, as a gorilla had really ran amok trough my WMC in our first go. Bwana Kalle then rushed to loot the same token and activated ANOTHER gorilla! This looked promising indeed! 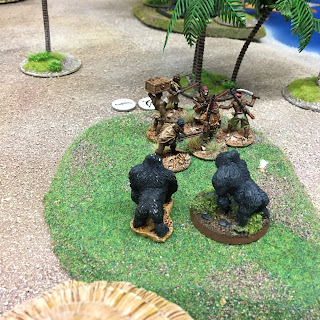 As the group with my Witch doctor was heavily fired at I felt the urge to unleash some wild jungle magic! I managed to take out the enemy banner bearer, hurrah! This would make my terror tactics easier... The time for this was indeed right, because the unit of young warriors soon retaliated their fallen standard bearer (chick lying on the ground)! Damn! My second tactical asset down! 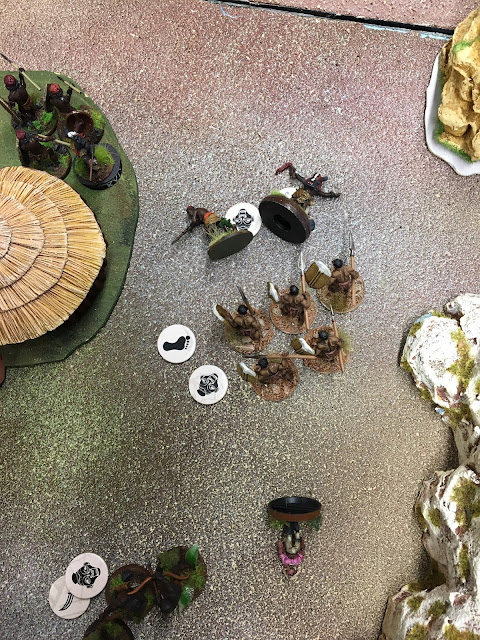 As the game reached it middle things were getting exciting and tight and the night was also falling... 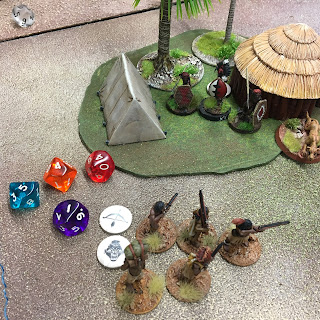 My fanatic warriors charged enemy soldiers, but
were easily beaten back! 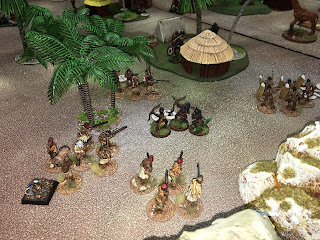 Will I win through terror?

Finally my terror tactics started to pay off: two off BK's units had their full quota (4) of terror markers and first had to retreat and then start removing models as runaway casualties. Young warriors with their low courage (D6) was first to bi eliminated. Unfortunately the soldiers group with the treasure seemed unstoppable...

WHY did this happen?