Another Great game of BLOOD RAGE!!!

I've become such fan of this great game... 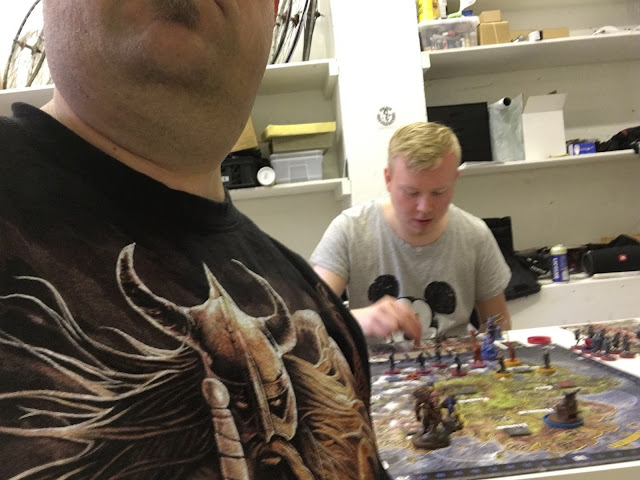 ...that I even got my self a suitable t-shirt to wear! One of my adversaries is wearing a Mickey Mouse t-shirt instead...


We agreed for 5 player game and I decided to paint one of the monsters and finalize another one for the game: 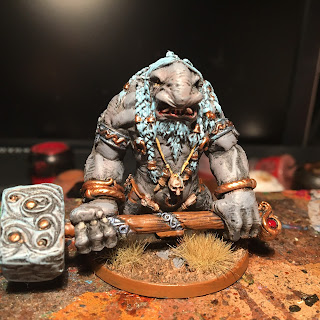 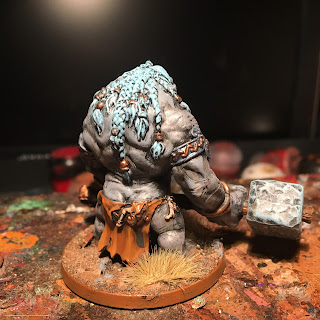 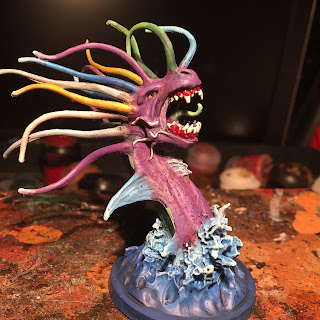 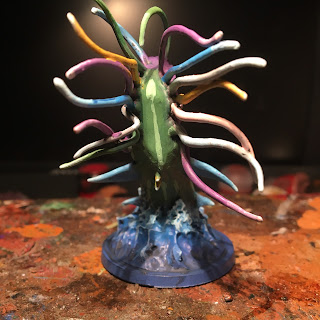 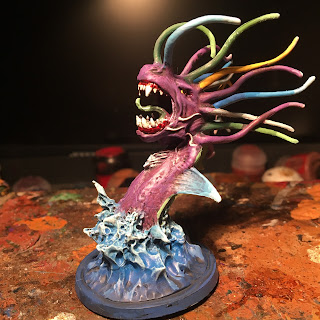 First time that I played a 5 player game. It meant that the boards was pretty occupied and pillaging was pretty rapid. 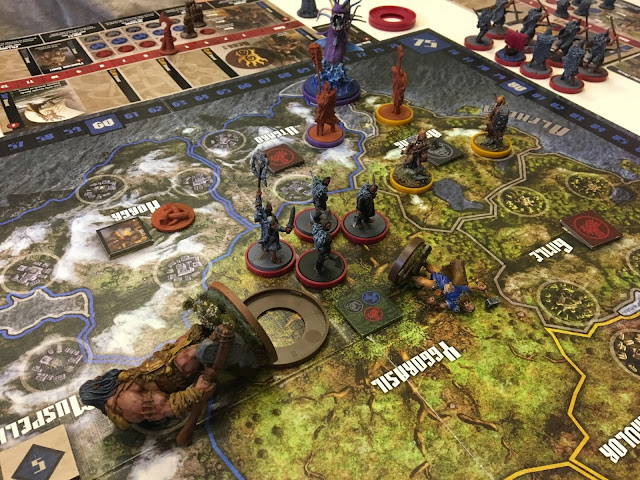 My strategy was again to build up my clan board with upgrades - I was lucky to get an upgrade, that gave me all the following upgrades 1 rage cheaper.

So my first age was only warming up; I did complete my quest. My Glory tracker is blue. I ended the Age in a strong position with plenty of forces on the game board and clan board pretty tooled up. 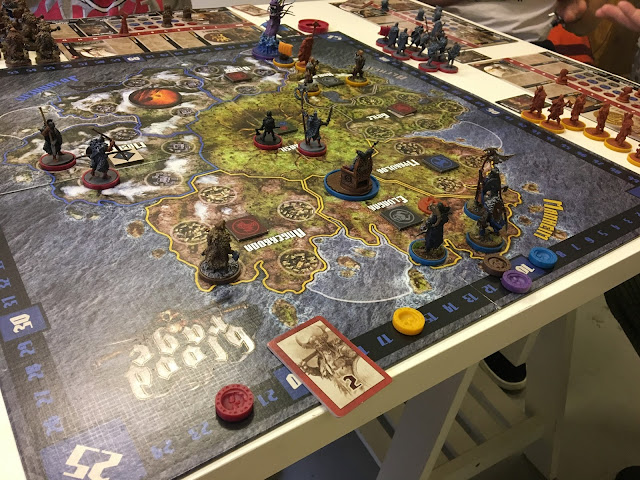 BIG fights for Yggrasil - Paavo brought in the Wolfman, which
caused a lot of head aches - only strenght from monsters would be counted. 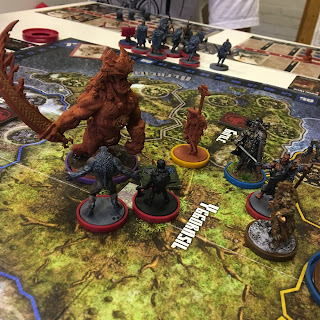 In the end me Pave and Marko had left the remaining 2 players far behind and actually reached them again with a lap ahead. Final scores were counted and it was tight again: I was second with 153 points and Pave won 158 points. 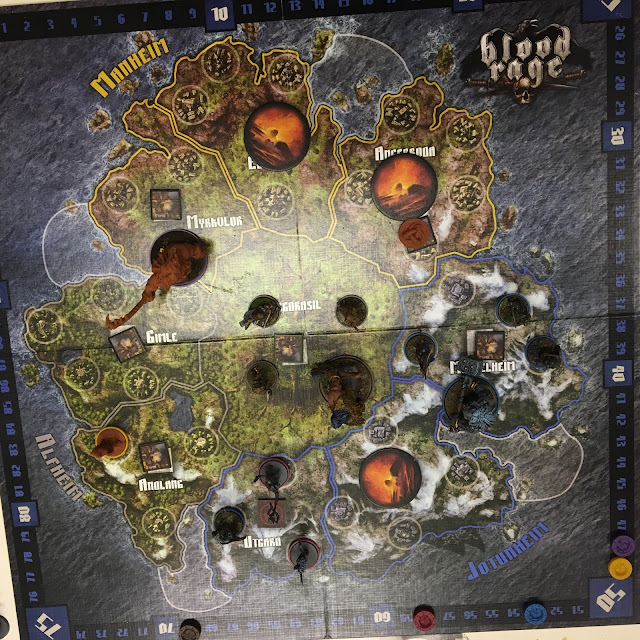 THERE WILL BE
MORE BLOOD
AND BOILING RAGE!
Lähettänyt Teemu klo 23.44