Henri called out for a demo game in our BA FB group and I was certainly up to it. It gave me a good reason to rapid paint some more miniatures for my British / Commonwealth force, as I needed to bring two forces to the table. 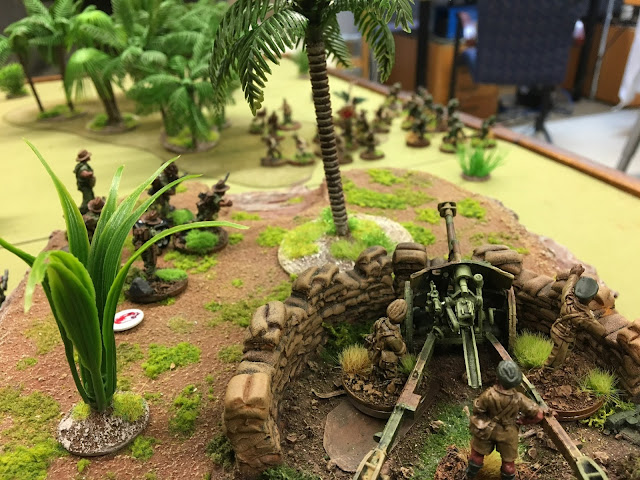 Scenario: Japanese need to reach and take control
of the defender's HQ before game end 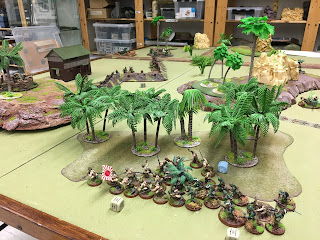 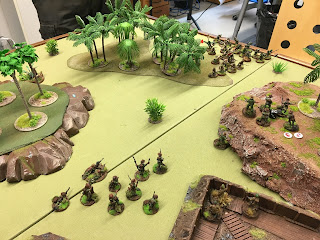 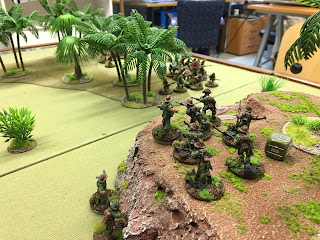 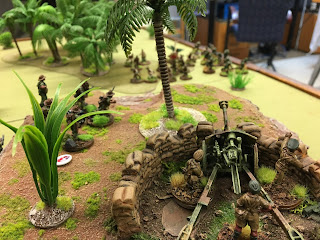 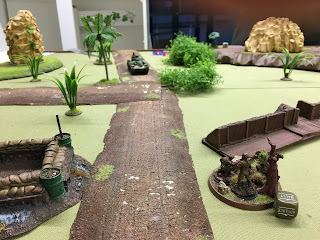 To be countered by the British Sherman 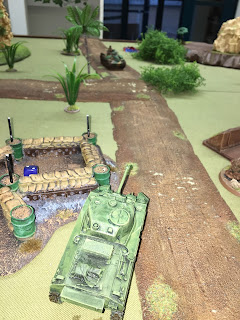 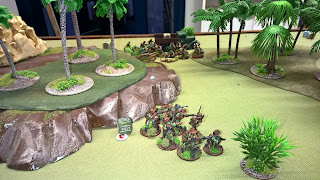 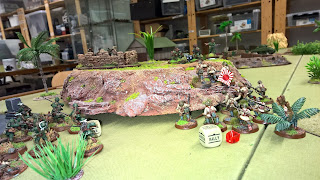 Jap grenadiers charged my Gurkhas, my closing fire only
dropped one attacker. Then them Japs only managed
to take one tough Gurkha down with their attacks!
I was feeling encouraged - I was ready to take many Japs
to afterlife, even if that would cost me my Gurkhas. 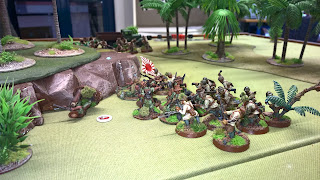 But it was not to be! They must have brought
their wooden practice gurkha-knives: 7 dice, not a single casualty! 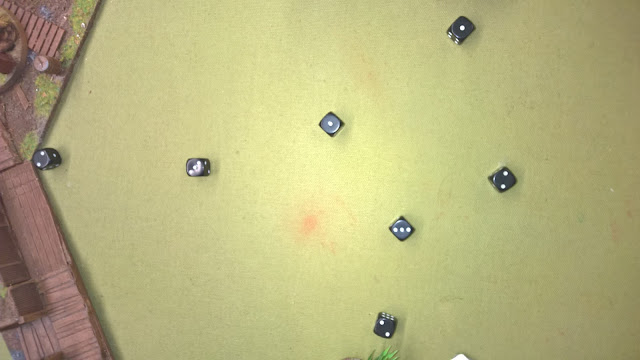 Suddenly my commander found himself with out any troops!
Those damn Sikh recruits had stubbornly failed to enter the battle field and
all inf units were KIA! 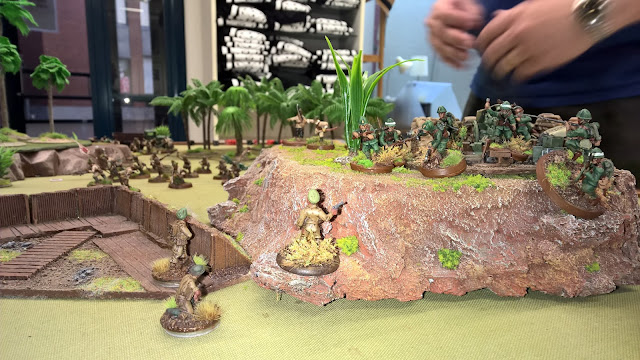 Adding insult to injury: Jap Chi-ha 97 takes out my Sherman with a flank shot - 6 was needed... 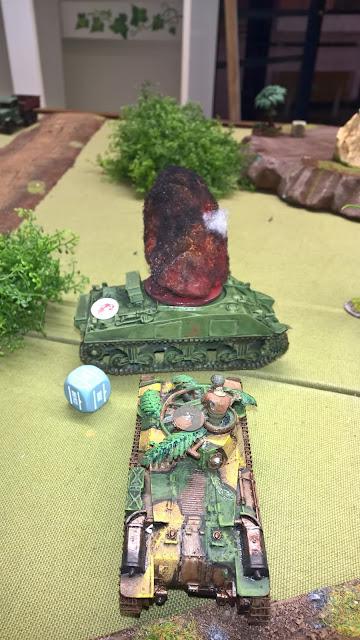 Round 6. Last stand at the HQ

My Commander retreated into the HQ building and hosed
several Japs down. But too much is too much... 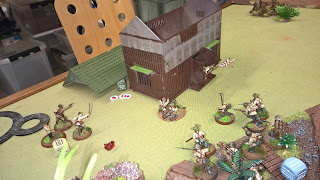 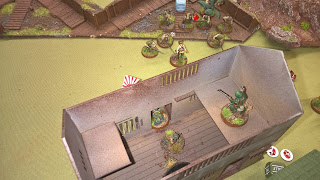 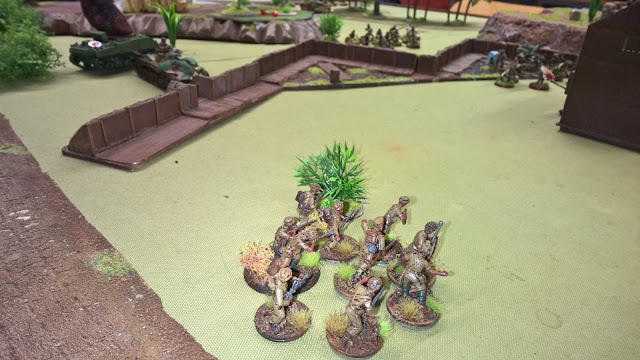 Clear victory to the mighty