There was a great hype going on at our club during the spring when both Shadow War Armageddon and then 8th edition of Warhammer 40 000 were released. Aleksis took the mantle for setting up a campaign for Armageddon. Soon "dozens" of players flocked to his banner... so did I.

Building of kill teams started and Aleksis came up with simple enough guidelines for the campaign: let's play games and who ever first has 15 prometheum cans piled up AND wins the next game, wins the campaign. 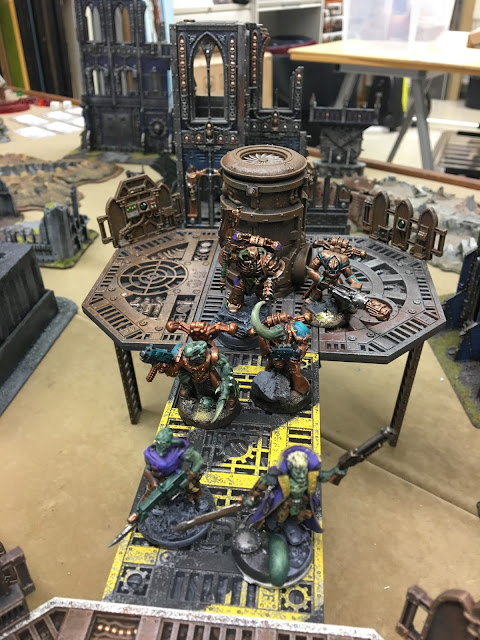 So my chaos forces shined their brass covered power armors and tooled up for some
not so serious skirmish gaming... 5 players gathered for the kick off and several games were played with lot of cinematic situations happening and us having a good time!

Aleksis acted as an umpire and placed 5 loot counters. Scenario was as follows: crab objectives and move back to the deployment zone carrying them. In the beginning of every player's turn one would also need to roll for some creepy monsters popping up...

I won the roll of for choosing the deployment zone and deployed my team... 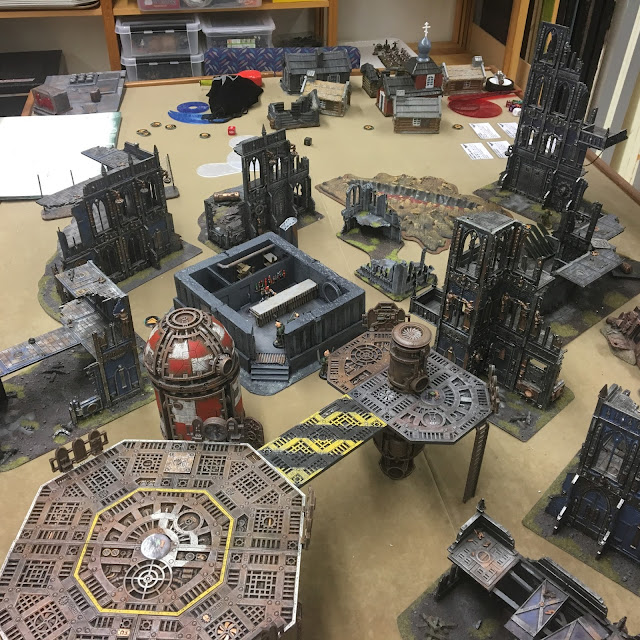 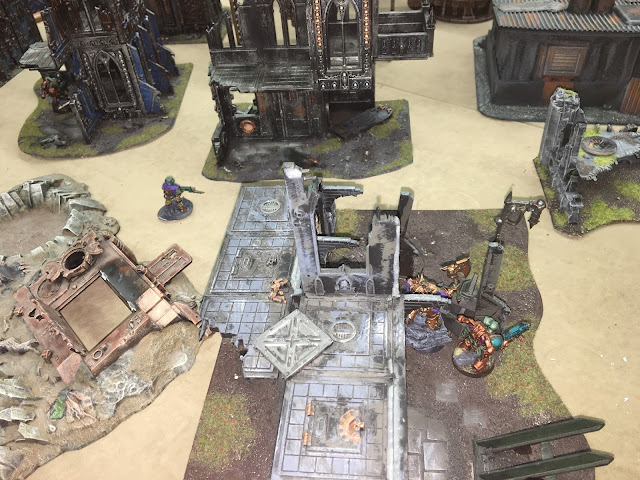 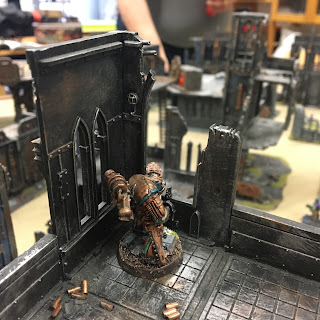 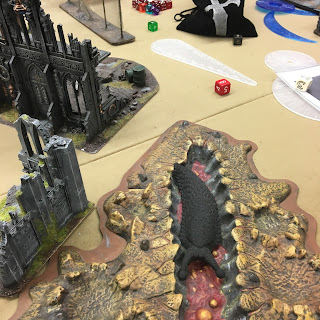 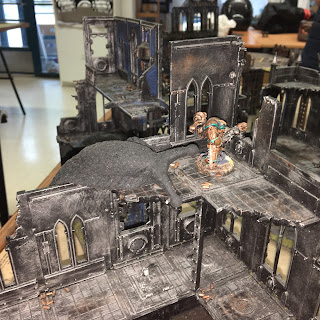 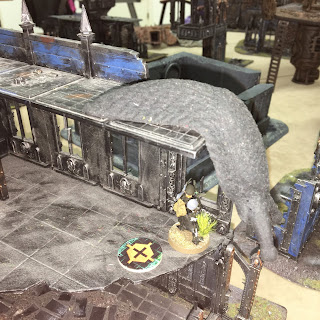 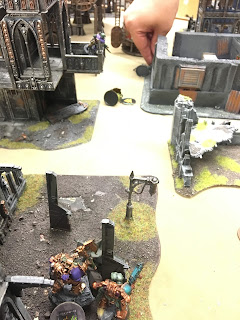 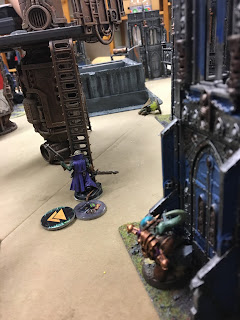 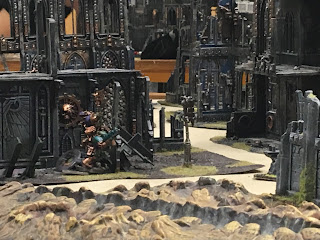 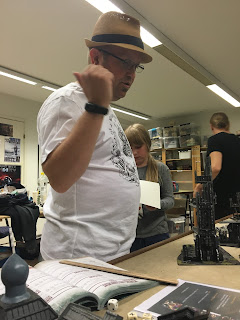 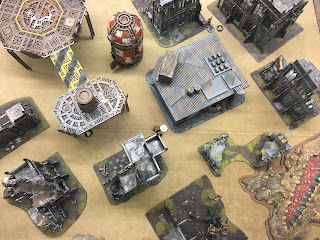 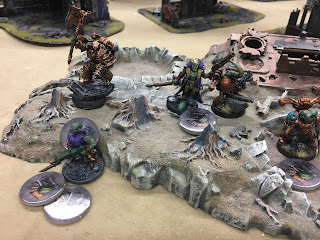