Kingdoms in the East completed!

And so it came to be, that my Medieval Russian army marched
to glory and victory of this campaign we had been playing since August! 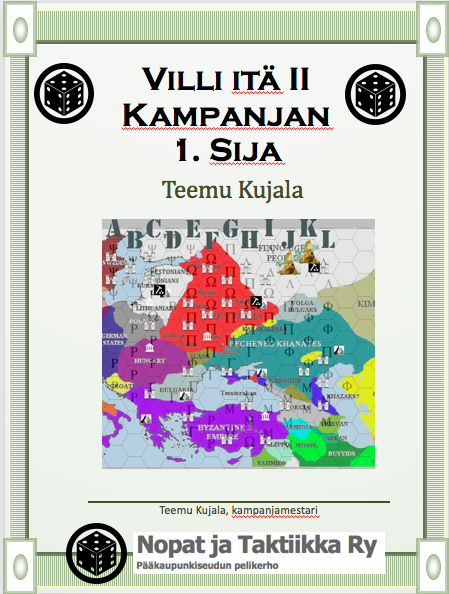 Tight fight for the top 4 positions

Fight for the leading position had been going tough for several rounds; several different players
had held the position, including my good self. As the last round started Jaakko and Sami held the first to positions and I was third, but we were all within 2 points or so.

In my last game I faced Tommi, whom challenged me into a fight. I took a clear victory in a game of Saga - for a change - with my Byzantine Warband against his Milites Christi. Byzantines were an ally to Kiev Russians and I had been painting them as the campaign progressed.

Jaakko and Sami faced each other for a second time in a row and this time Sami won a narrow victory, but that wasn't enough, as I had taken a clear victory. 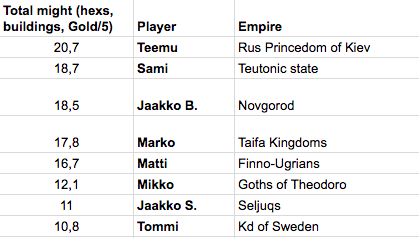 I think it was a great campaign; 23/24 games got played, our campaign system worked reasonably well, there were strategic level thinking, diplomacy, cunning, manipulation and so on.
People got to play new opponents and learn new games; besides Swordpoint, also Hail Caesar, Saga and Lion Rampant systems were used.

Five of us gathered to celebrate the end of the campaign and to receive them prises kindly
donated by Gripping Beast! As is suitable, our chosen location was the Viking restaurant Harald
in Helsinki 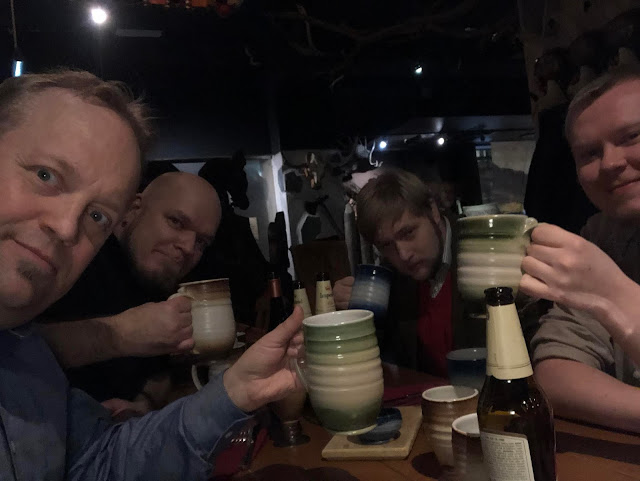 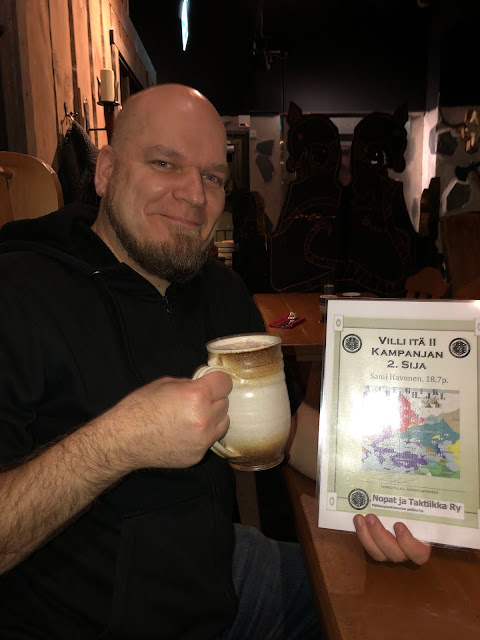 As does Jaakko - 3rd place. 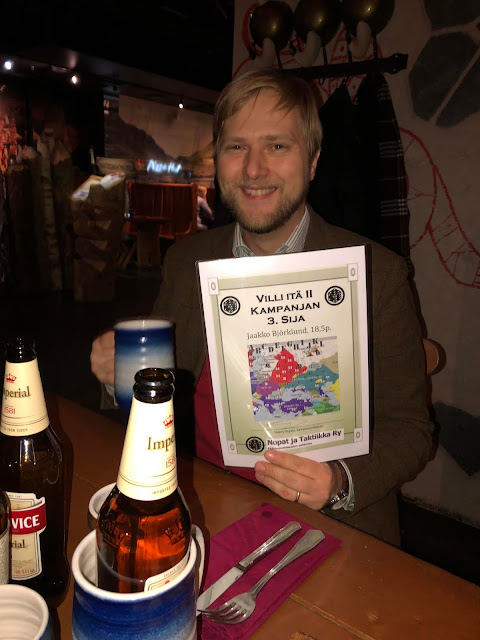 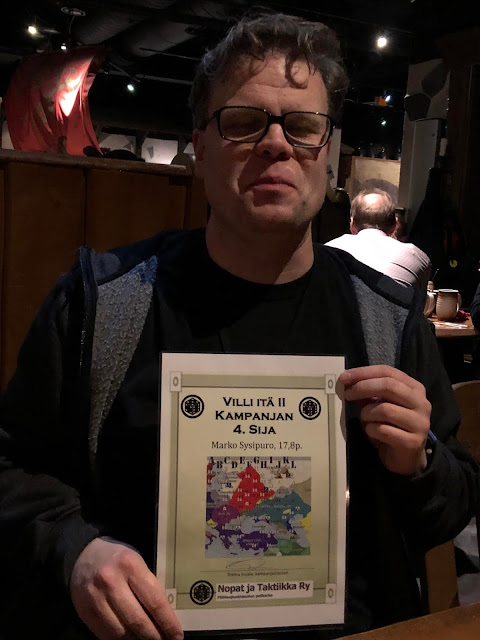 But did them vikings have horns in their helmets? 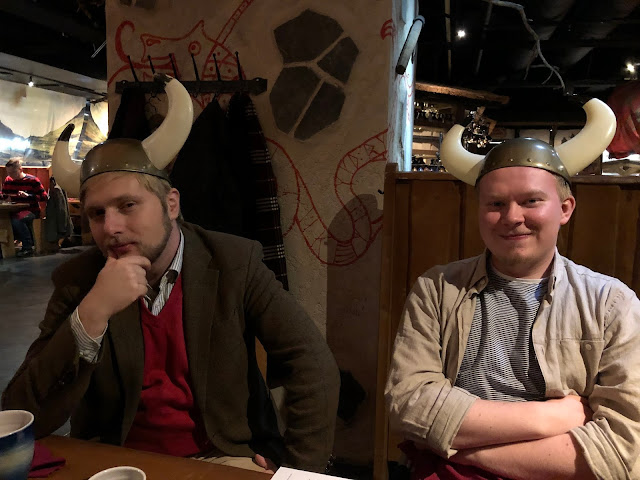