...that them Lannisters are cunning bastards! While you're trying to fight
an honest, straight battle, they always turn into their tricks and
always seem to have couple of extra cards up in their sleeves! 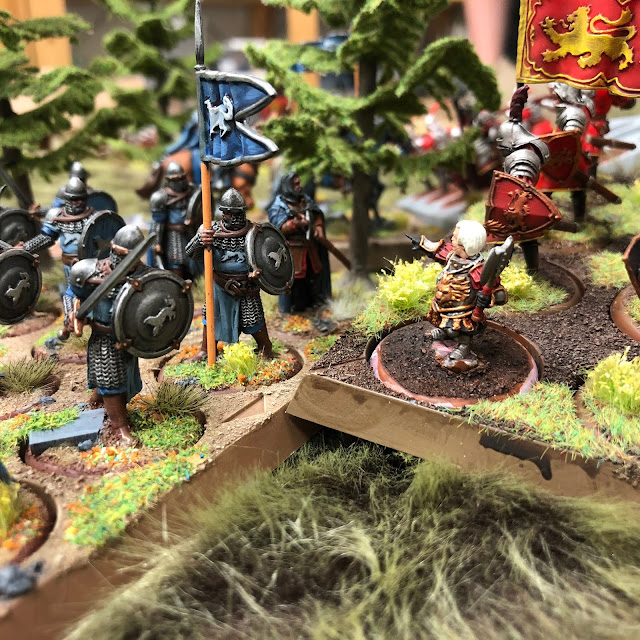 And Tyrion is the worst of them all!

Now follows a summary of 2 SOIAF battles I've fought. Before that I had gotten a demo, but
I didn't have the time to finish that game.

In this scenario 5 objectives are placed on the battle field and starting from round 2., controlling an objective will give you 1 victory point. 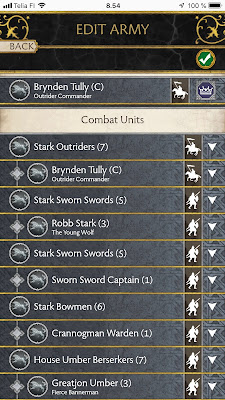 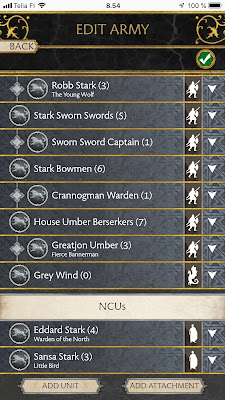 I deployed my infantry together in the centre. Stark Outriders with Brynden Tully
were left in reserve, outflanking the enemy 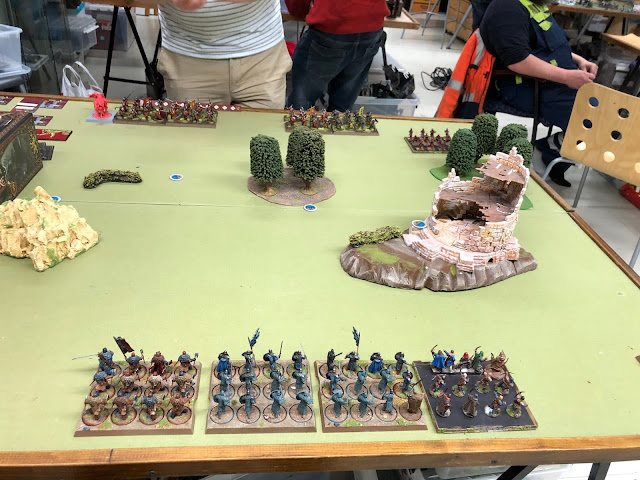 My infantry moved forward and to the left, in order to avoid Lannister crossbows in the woods, behind the tower. My archers took positions at the hill 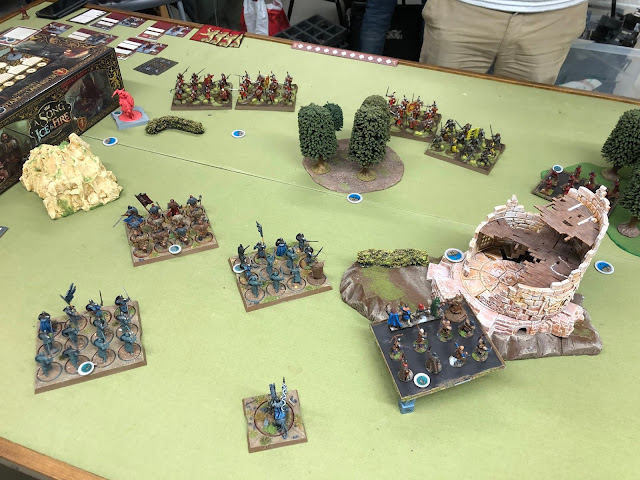 Lannisters sent one unit to secure their rear against my outflank, but they couldn't hold Blackfish and his outriders for long... they managed to get a flank charge on dreaded halberdiers...huzzah! Jamie and Blackfish started to trade blows! 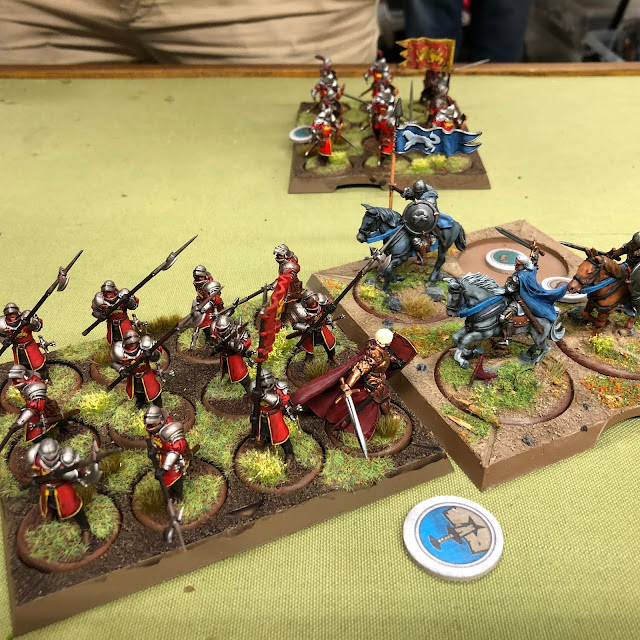 House Clegane's mountain men, lead by Bronn, had some how managed a flank charge to Robb Stark's unit and were making short work of them... but then Grey wind jumped in to help (single outrider as proxy, I had forgotten GW home) 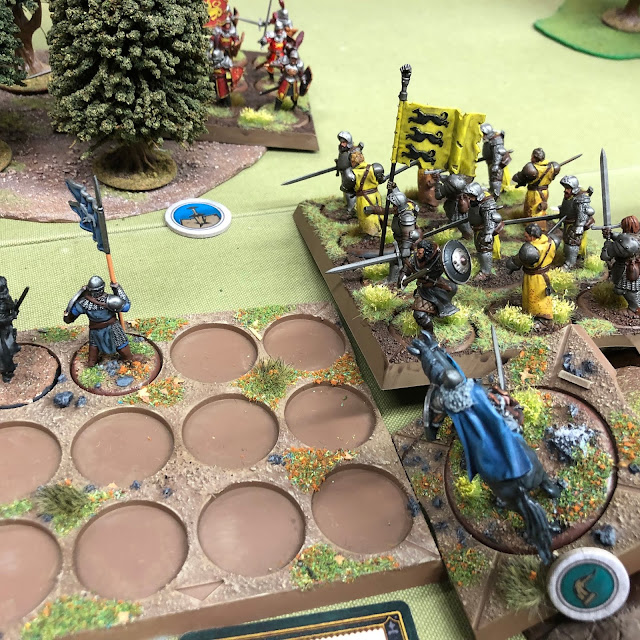 And some how they managed to turn the tide!
(I think my archers also shot in to the melee...) 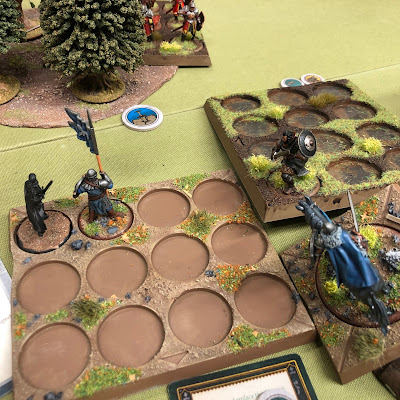 At this point things looked good and Mikko looked worried...
But I still needed to beat the mighty "Mountain that rides" 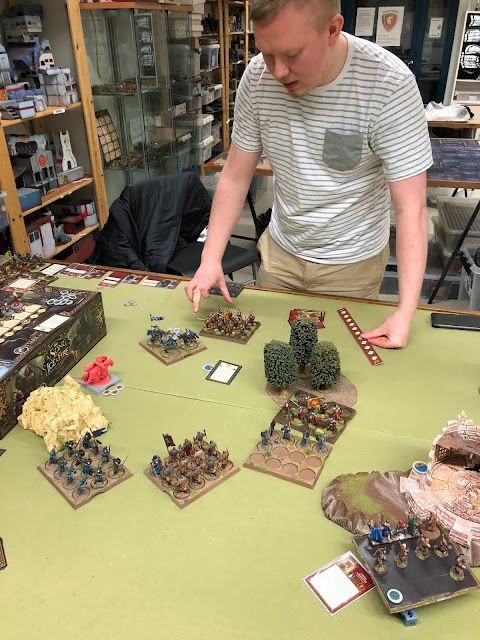 My Outriders had already fought with the Mountain and had caused several
wounds on him... so it was an easy job for the awesome Umber Berserkers to finish the job! 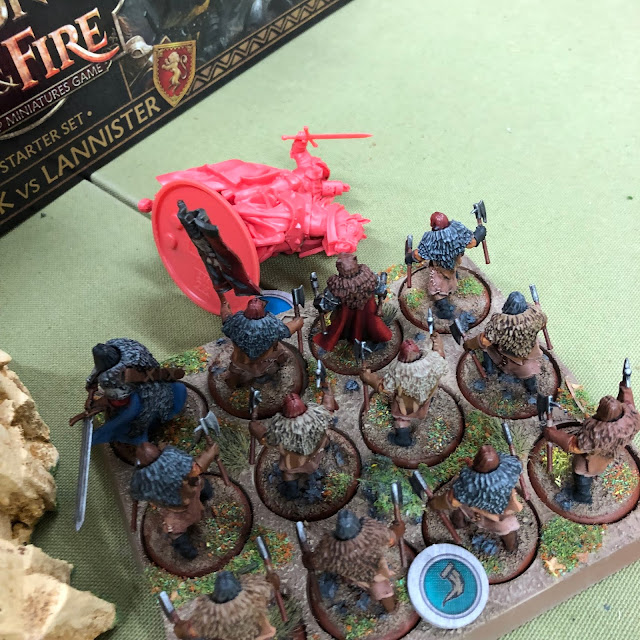 I think these crazy berserkers are the best unit the Starks can muster... 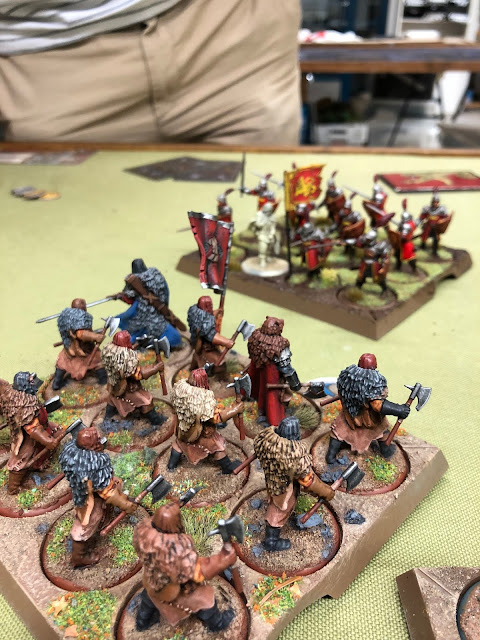 Counting up the score... 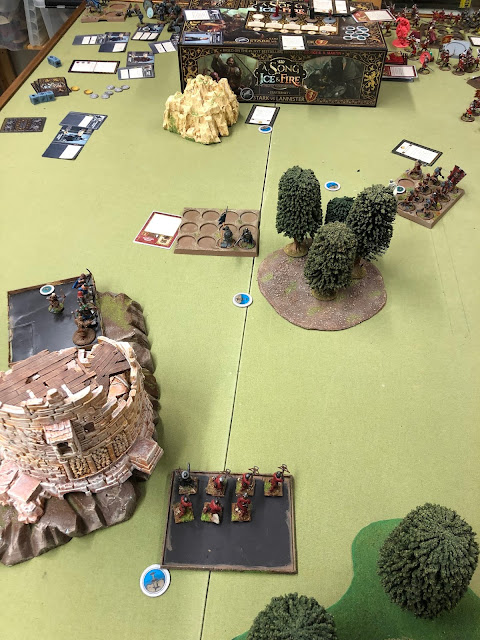 As you can see, only a handful of Lannister Crossbowmen were left standing,
when the battle ended. This must be a great victory for the house Stark, I can hear you say...

But no, in the heat of the battle my blood lust had taken over me and while I was slaying the enemy, they were controlling objectives and died defending them. Mikko Lannister had won! 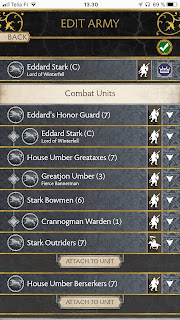 + Catelyn and Sansa Stark as NCUs 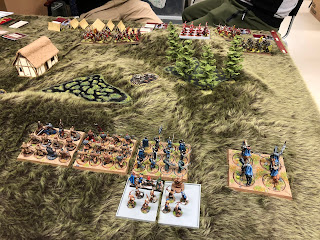 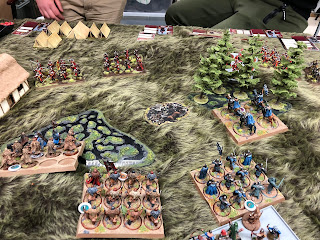 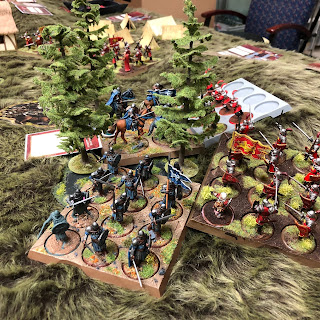 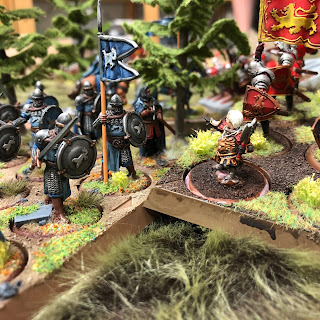 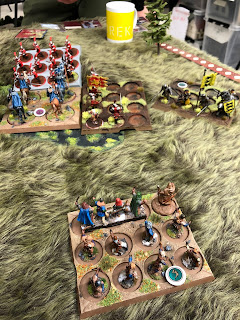 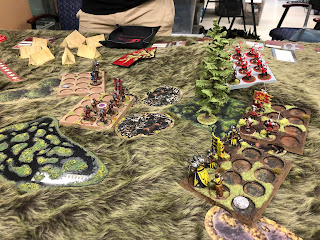 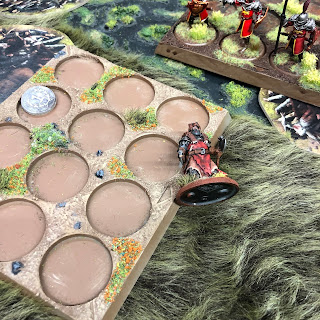