A FULL HOUSE OF GAMERS & FRIENDS!

Our new Clubhouse in  Northern Helsinki (Malminkartano) was official inaugurated yesterday as some 50 gamers & friends gathered there during the day. 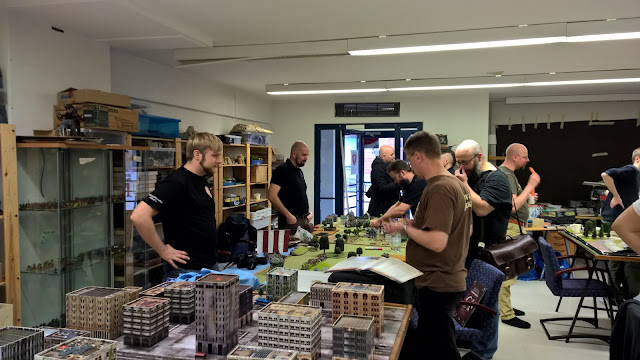 Read more for more pics and report on the day!


We had well prepared for the event. Invitations had been spread around in FB and other channels. I had actively forwarded  the invite and got my brother-in-law Petri and godson Sampo as well as my neighbour and friend Jagdeesh to join. Here they are trying out a Saga game, that I was hosting:

Saga basics are very fast to learn, so after first rounds these first-time-players were already playing by themselves. Sebastian from Korwin miniatures joined the game as well. 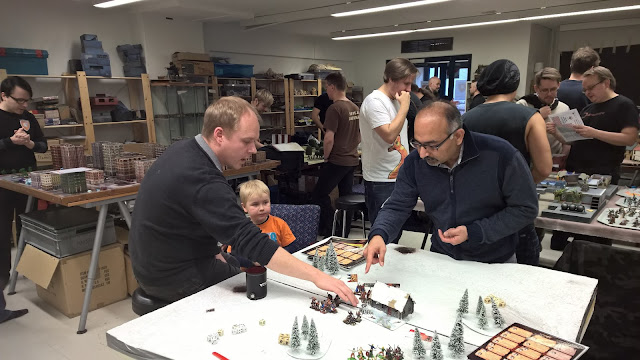 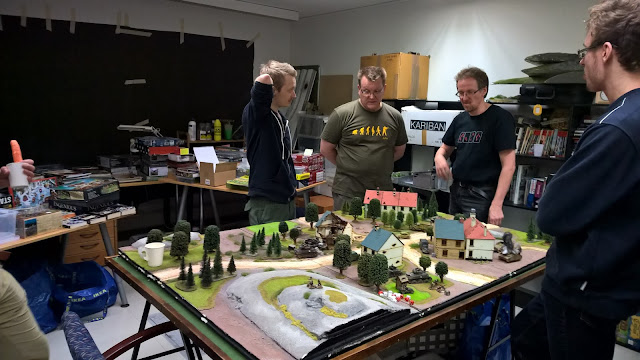 Above: Nopat Fellow Juha is hosting a game of Bolt Action, that has grown much in popularity in the club. We're currently planning a Pasific Campaing for the winter. Here Juha is guding a game for a bunch of soon-to-be-members on a BEAUTIFUL gaming tabe Juha produced recently. That's one of the best part of our community: like-minded enthusiast join in to create beautiful terrain for our games! 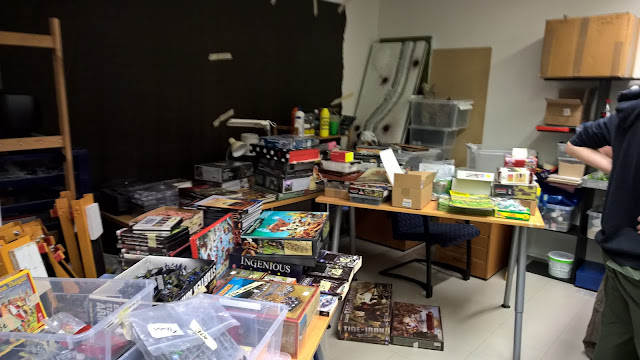 I had initiated a bring-and-buy fleamarket for minis, games and related stuff. Lot of stuff changed owners on reasonable prices. Me and my wife were both happy to get rid of some of my gaming stuff. I even managed to sell much more than I bought ;-) Nopat-club got a 5% commission on all stuff sold.

Britannia - Saga Campaign was kicked off


Our this years second Saga Campaign was launched with two games taking place. Jaakko's Vikings descended from their longship to Ireland, but were repelled by Kalle's irish throwing deadly potatoes! Victory to Kalle! 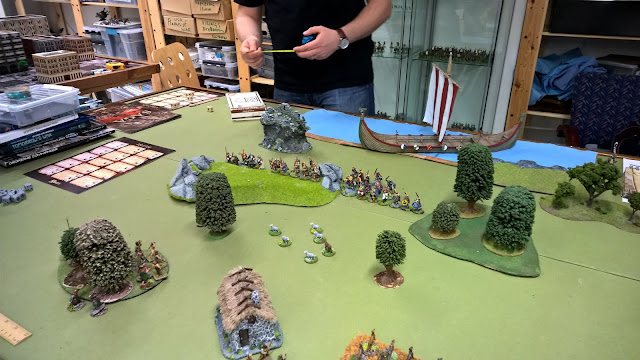 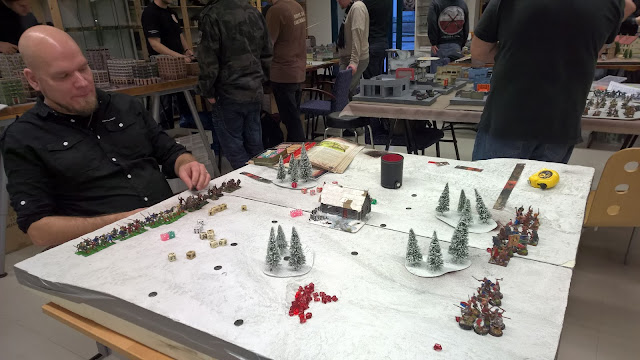 Second campaign game was played between myself and Sami. My Jomsviking raiders were attacking a wintery Anglo-Danish village protected by Sami's warriors. As always, me and Sami argued about rules interpretation just as much as our warrioirs fought on the fields. My brutal mercenaries looted almost worth taking for and  took victory. A more detailed battle report will probably follow - stay tuned. 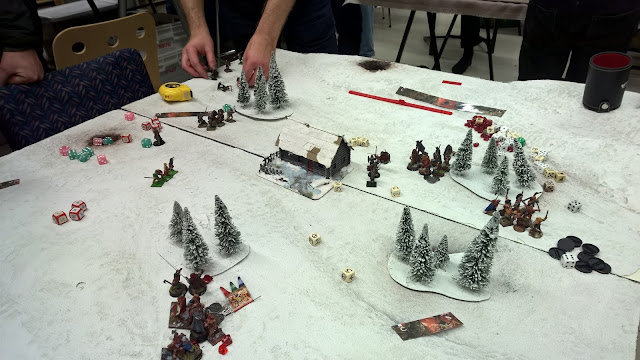 In Finland it is very typical to arrange a party before Christmas, so we also do this. The main idea is to gettogether, dring beer, grill some sausages and go to Sauna. Naturally we discuss games, trash-talk Games Workshop and even play something fast and simple. This year our game of choice was the excellent W1815 Wargame produced by our gaming friends at Upgames. 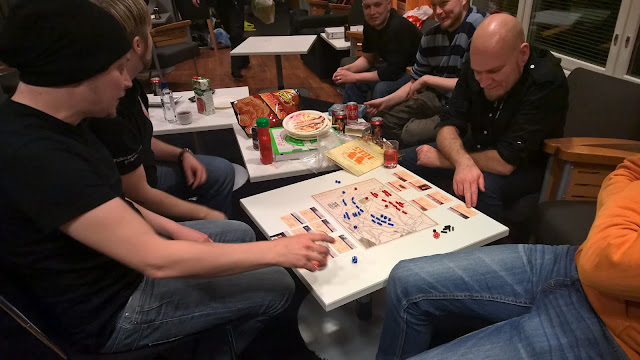 Sami and Aleksis giving Waterloo a go. It simulates history quite well - it's very hard to win with French. I managed to loose with both sides! 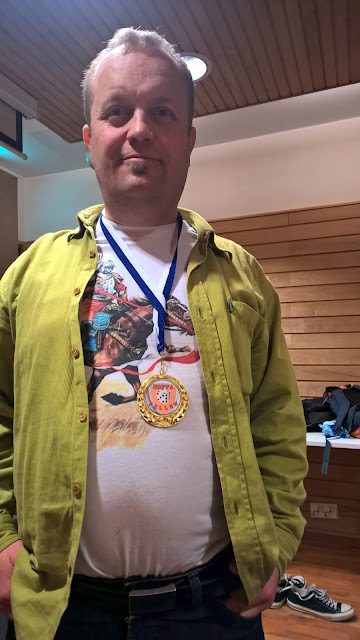 During the house warming event a few Club nominations were made. I was very positively surprised, when I received the honor of being nominated as the third ever Nopat Fellow! Happy happy joy!!! 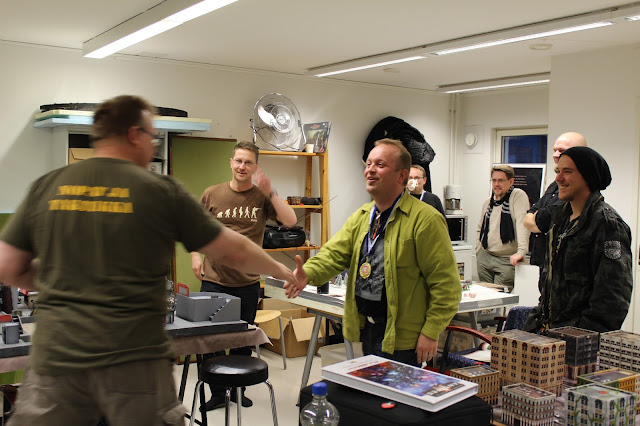 Our since August running Hail Caesar Campaign was concluded this week as the final and decisive team game was played on Monday (report will follow) . Awards were given out as follows:

Winner of the Campaign: Kustaa Lehtonen - nicest adversary and good campaign.citizen, Kustaa was awarded with a diploma and a golden sprue of Carhagenian warriors by Victrix.

Second place: Marko Sysipuro - Masterpainter. Marko painted almost 200 28mm miniatures for this campaign. Marko was awarded with a diploma and a silver sprue of Macedonian pikemen.

Third player: Teemu Kujala - Best Strategos. I was able to  build the biggest empire in the campaign.

Fourth player: Kalle Mannonen - Best Satrap. Kalle played extremely well with his Persians and landed just one point behind in the contest for the biggest empire. Kalle was awarded with a diploma and a bronze sprue of Caesar's legionaires. 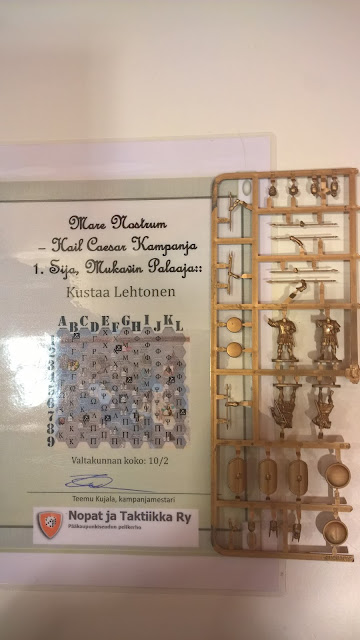