Visited London last weekend with my daughter and besides doing everything Harry Potter -related I managed to sneak into good ol' Orcs Nest store and found what I was looking for new Medieval Archers from Conquest Games. 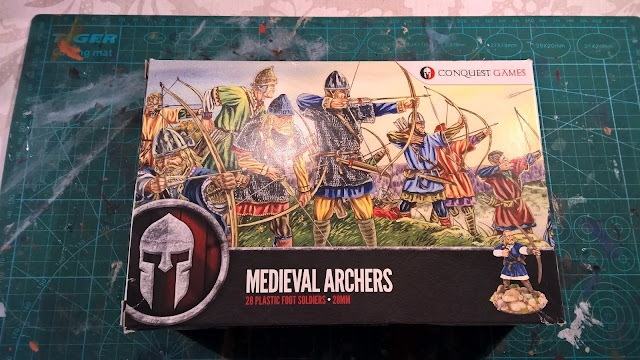 After getting back home I couldn't resist for long and had to try and put few of them together and naturally do some kitbashing as well...


Box art could definitely be better, but luckily the contents are quite nice. Also their plastics are far better than their metal miniatures (I have the Norman knights -box as well), based on what I see on their website. 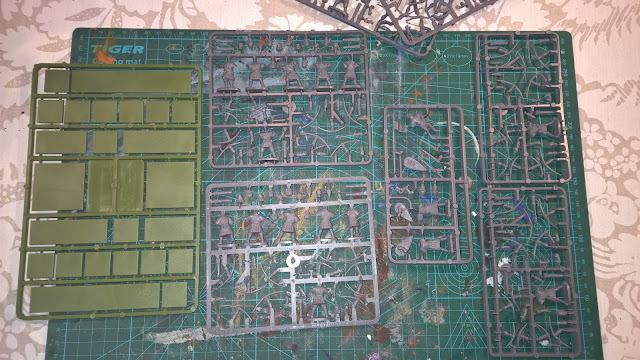 Sprues overview: This box makes 28 archers with a choice of normal or long bows - which extends the time frame / period they can be used for. Larger sprues contain 6 bodies and 12 head variants, nice for building  troops for certain army like vikings / anglo-saxons / crusaders. There is also the base sprue, which can or is not useful. I'll base them on round 20mm metal bases to make them useful for different game systems (mainly Saga / Hail Caesar / Deus Vult).

Gripping Beast's Darg Age Warriors gives you 40 miniatures with 2£ more on the price tag, but that set only has slings, no bows. If you need a large amount of missile troops kitbashing these two would be ideal: 68 miniatures with 56 bow arms & 16 slings. 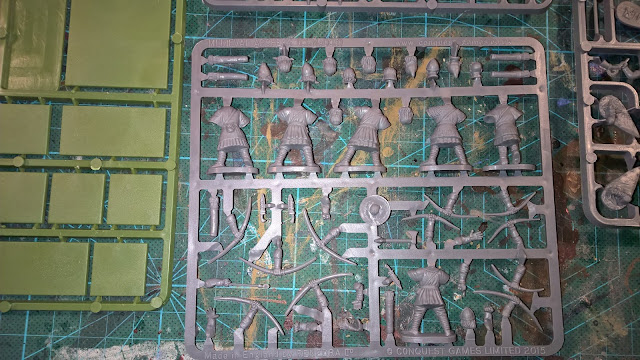 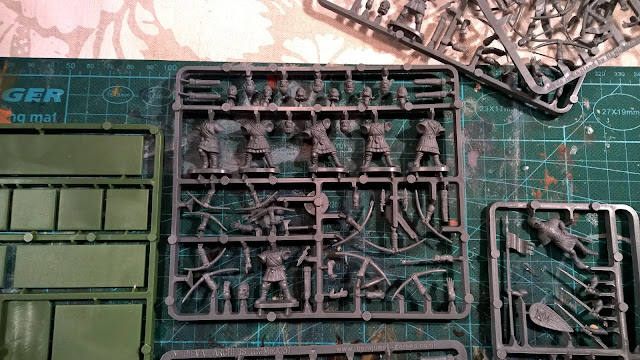 Smaller sprues: two with just one body, but plenty of extra bits and one sprue from the Norman infantry set to make a command crew + one casualty for some diorama. Nice addition I would say. 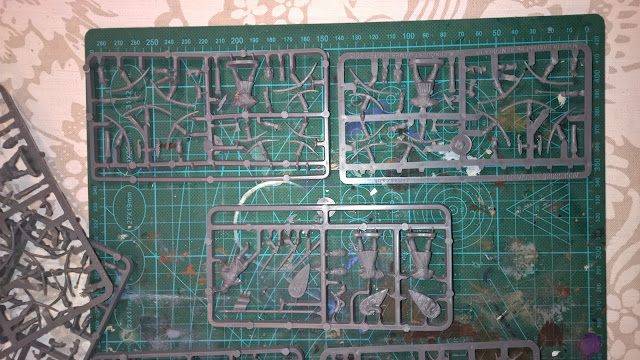 So off I went to build a few examples. My plan is to use these models for both my vikings (currently playing Saga campaign with vikings / Joms vikings) or crusaders for Deus Vult (or Saga Crescent & Cross). 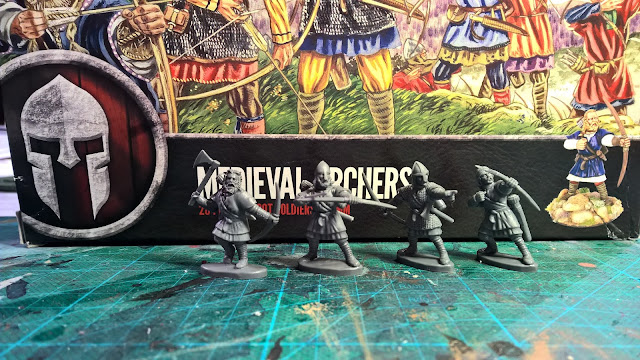 First from the left is kitbashed: viking head and axe arm from GP plastic sets - the head didn't match right away, but no green stuff is needed. Second is built as a viking. Rest could be Vikings, Anglo-Saxons or crusaders. 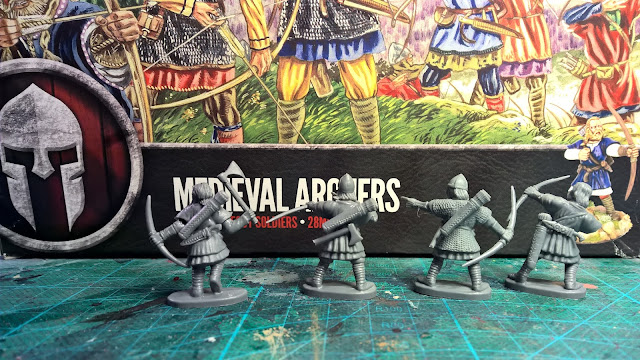 Same models from behind 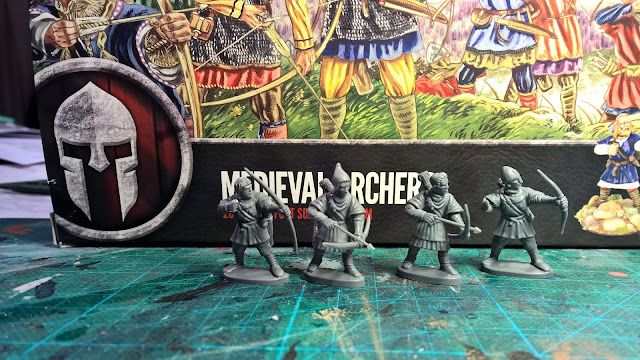 Next four: first on the left has again a head from some other set, I think Saxons fyrd from WGF, makes him very much like crusader as are the two from the right. 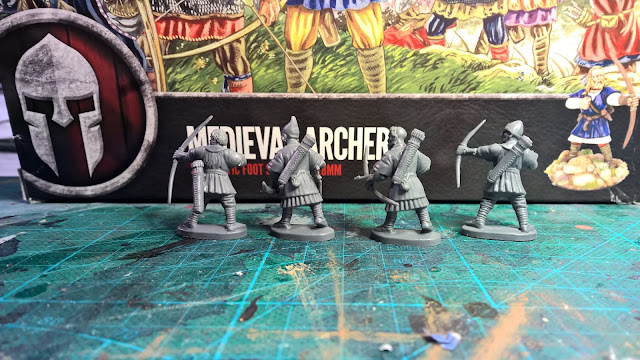 - Not that many miniatures for 22£

Summary: I would warmly recommend this set.
Lähettänyt Teemu klo 15.57