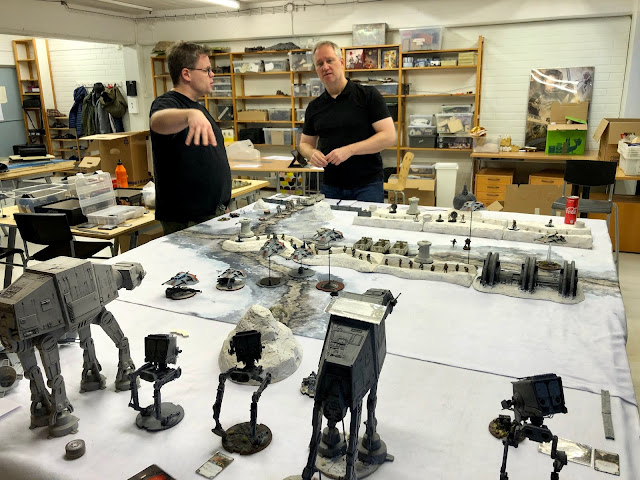 Since I ordered Hoth Rebel Miniatures from Alternative Gaming Miniatures, I had brooded the idea of organising a narrative SWL game about the Battle of Hoth. As FFG then also published more Hoth-models, there was no more delaying it and I started planning. What first was an idea of a mega battle to be played during a day, evolved into a three episode narrative ladder game, where each episode would have an impact to the next game. Read on to see what went down during episode 1.!

Speeders vs. Walkers: speeders have a job to slow down / destroy walkers to give time for evacuation. Luke is in one of the speeders (imperials don’t know which) until he does some shenanigans... number of walkers taken out will have an impact on episode 2. 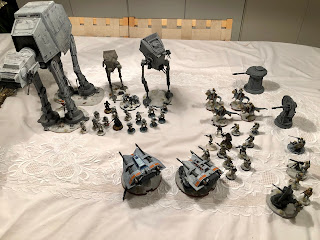 Stuff I painted for the game 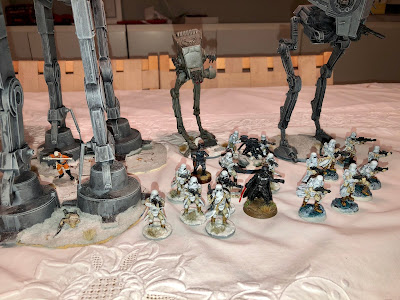 Rebels:
We had invented new rules for Jay's character cards. Leia was able to use command points (1/round) to either Fire the Ion cannon OR Launch Transport and hence evacuate personnel. If the Ion cannon was first fired, the shuttle would escape the Imperial blockade on D6 3+ and D6 5+ with out it. 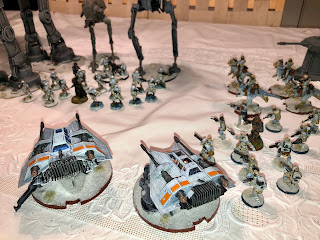 
I would also like to thank Jay for inspiration and resources!

We measured the distance and hence movement activations AT-ATs would need to reach their target area and then deployed accordingly. Rebel airspeeders deployed so, that there would only be round of shooting from AT-ATs before they would fly beyond their fire arc. 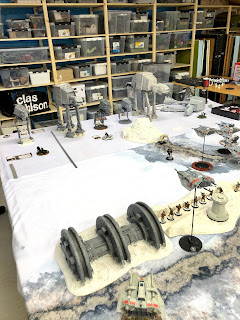 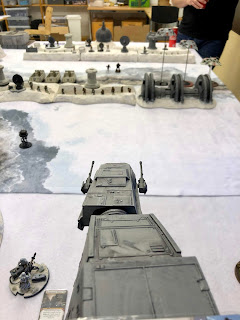 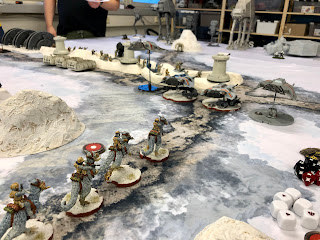 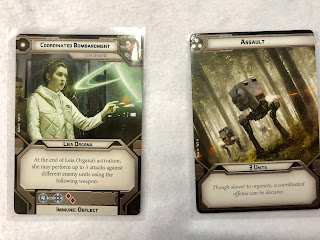 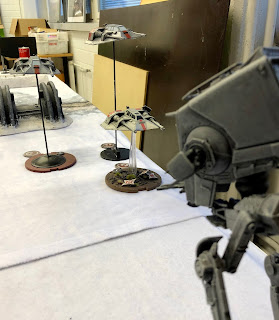 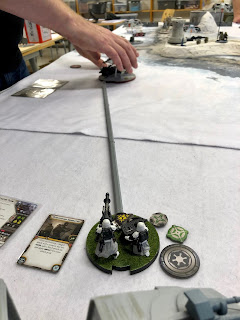 Imperial support teams open fire,
these units were first ones to be taken out 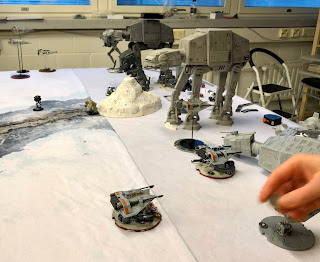 While Blue Squadron swoops in from out left flank!

On round 1. Rebel speeders just speeded forward and none of them were shot down. 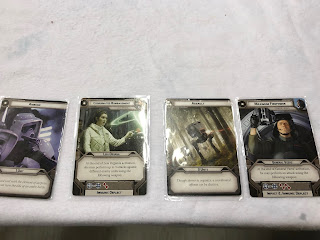 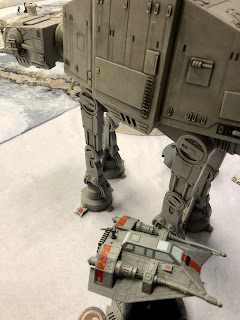 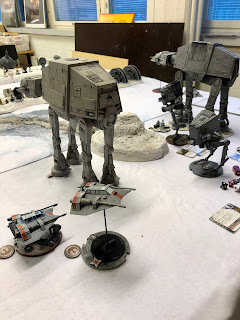 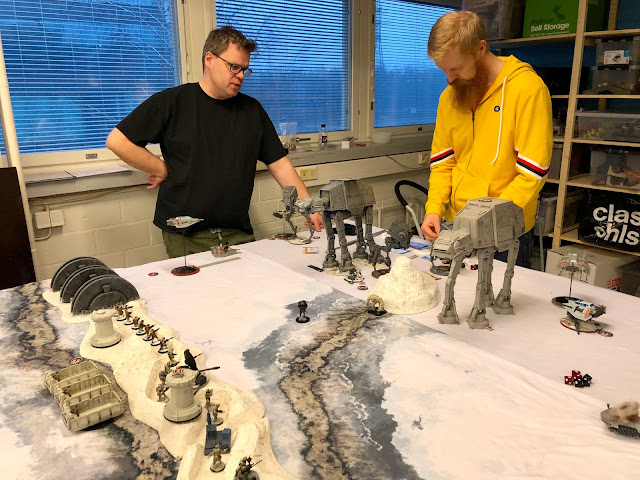 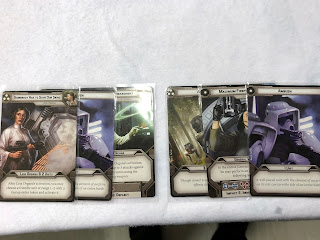 Fight between AT-STs and speeders continue 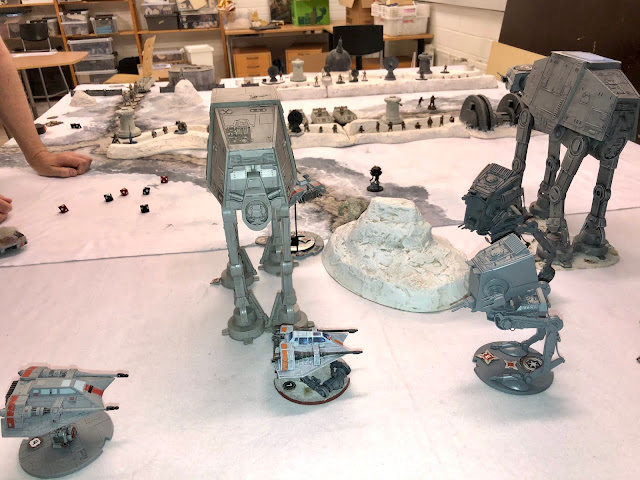 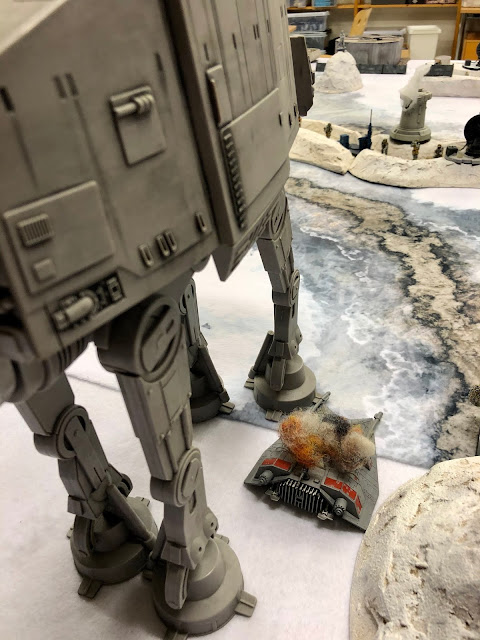 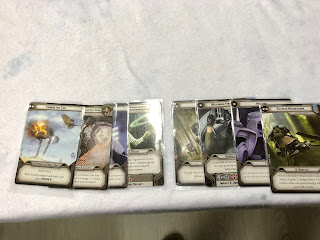 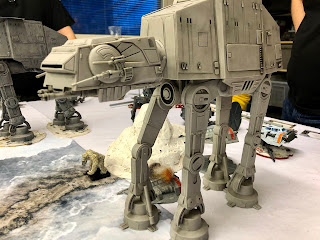 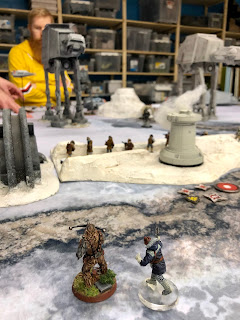 Han and Chewie bolster the morale of rebel defenders 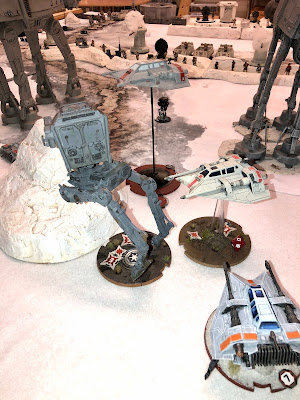 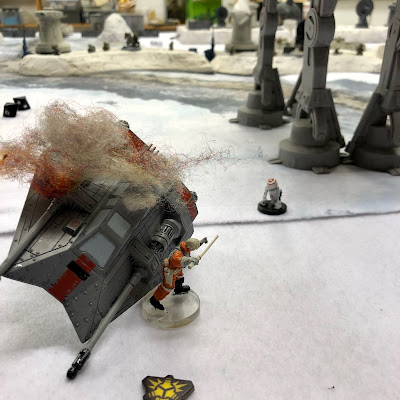 But Luke also crashes!  Luckily he makes it out from
cockpit... 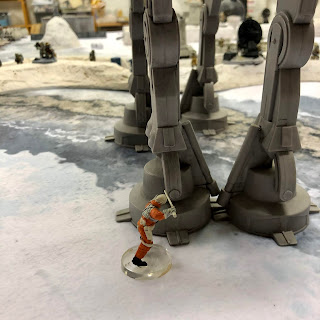 ...and proceeds to attack the nearest AT-AT! 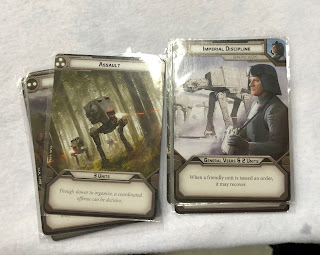 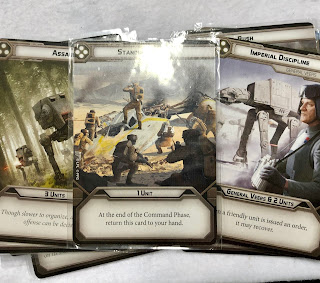 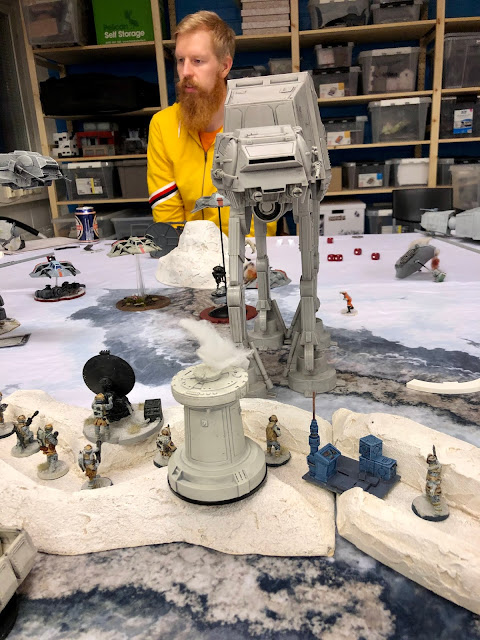 One of the walkers reaches the target zone and
rebel ground forces grip their weapons tighter! 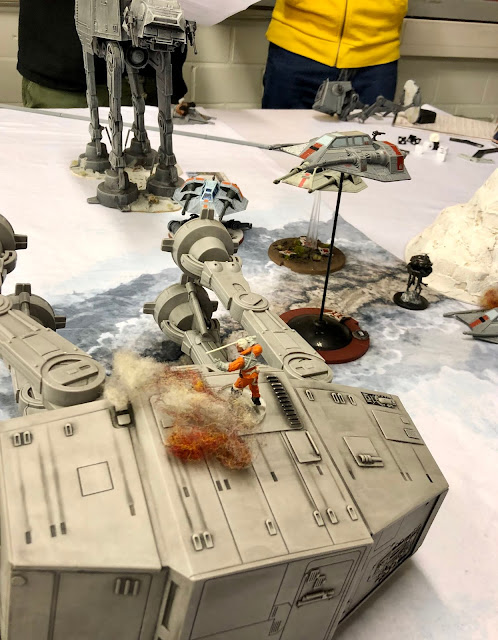 In an epic way Luke takes down an AT-AT!

Final score 9-8 for the Imperium! 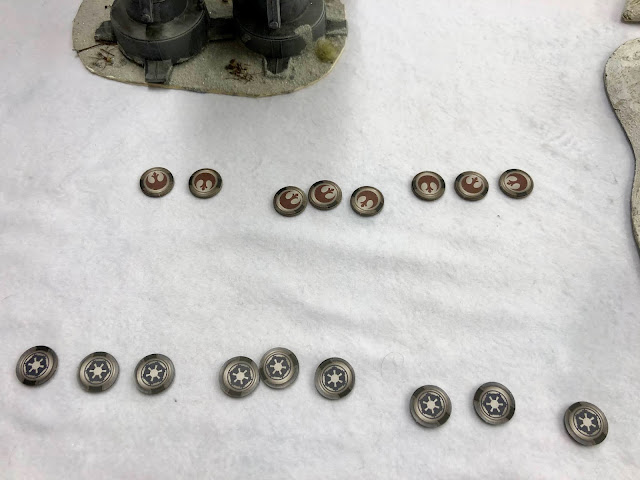 How did the scenario work?

I would say pretty well, forces were quite balanced. Rebels managed to fail two 3+ rolls of D6 and hence not score 4 VP. If they would have succeeded even once more, they would have won the day with 1 VP, so it was a close call indeed! They also managed just in the final moments destroy one of the AT-ATs, which scored them 3 VP. None of the AT-ATs were tripped with the cable shot, but it was close...

Stand by for Episode 2.