Pantheon of Gods and Hoplite Statue 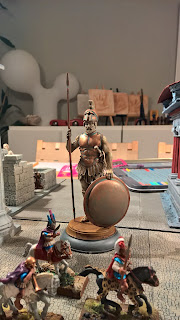 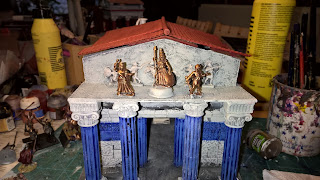 Our Mare Nostrum HC-Campaign is running it's 5th round and designing a "city fight" -scenario for it got me inspired to produce some more terrain. See the pics...

I found this in a local model store and had to buy it a while a go. I was thinking it could be the trophy for the campaign winner - it might yet be - but for now it plays the role of a mighty statue in a Hellenic city. 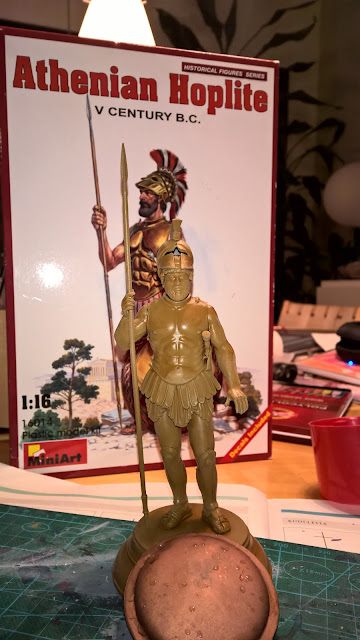 Produced by Miniart. Here undercoated with acrylic spray (normal for the shield) 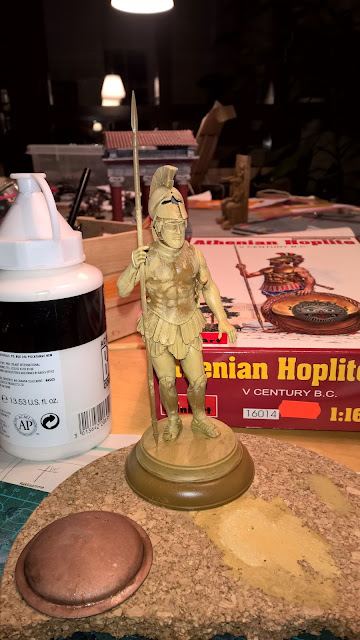 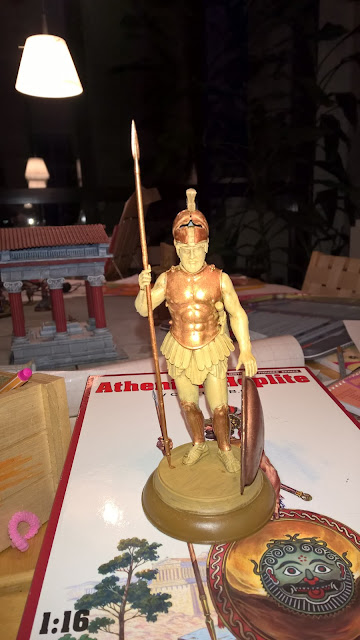 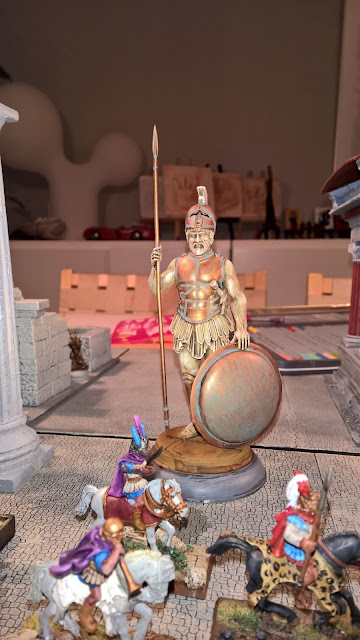 This is  an ancient builing, that's been half buildt (like so many buildings in Greece) for a couple of years now. It was first buildt with Hirstart's plaster blocks and is now completed using other materials as well. Statues are both tourist stuff from Crete and models from Foundry. 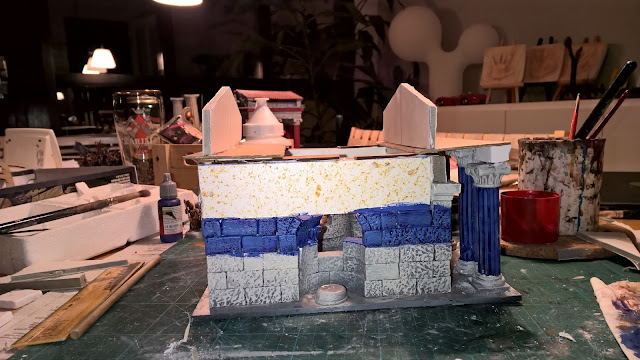 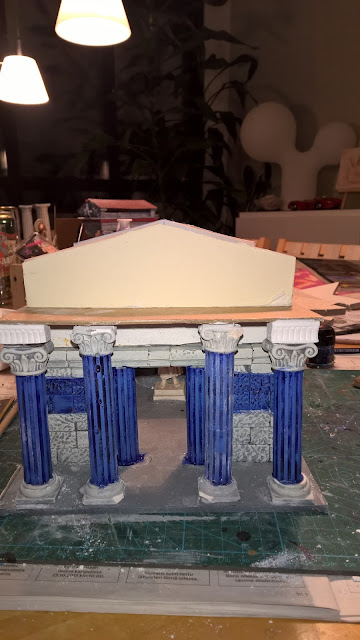 Pantheon front. Pillars were of different height, so I had to improvise a bit¨ 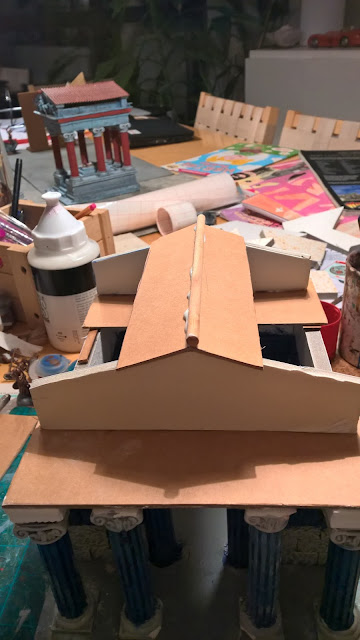 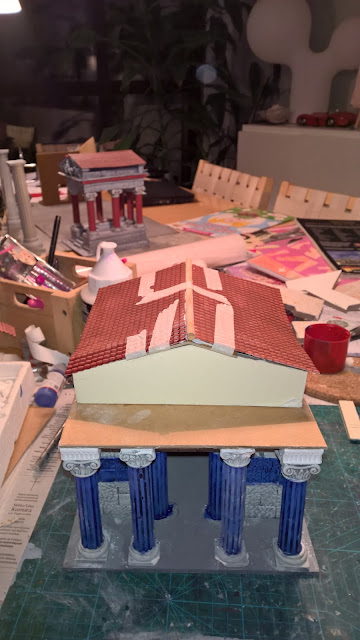 Spanish tiles type roof is glued to the bent cardboard. Tape to keep it in place,
while the glue dries 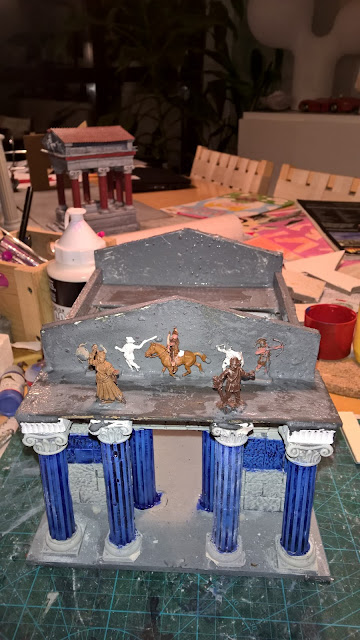 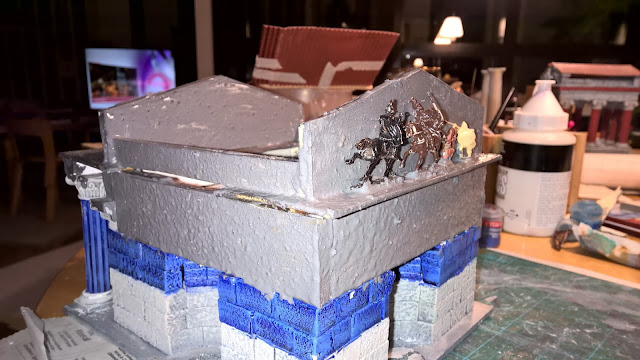 Walls and elements made of foamcard are covered with mixture of PVA glue, joint filler, some fine sand and water. This also holds the reliefs in place and allows them to sink in a bit. 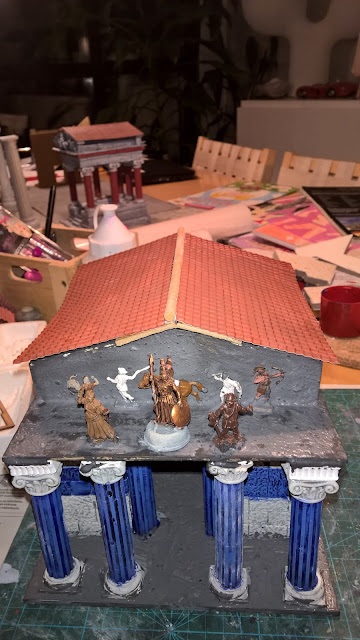 Roof fitted to place and God of War added. 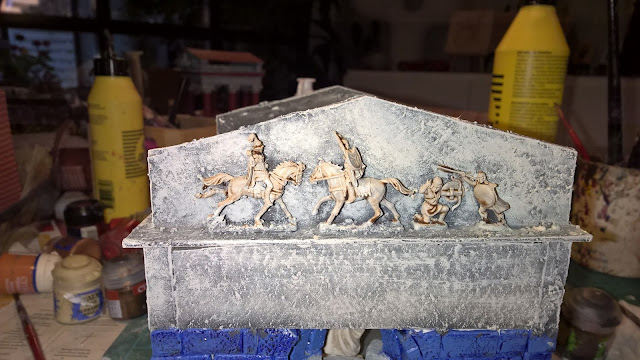 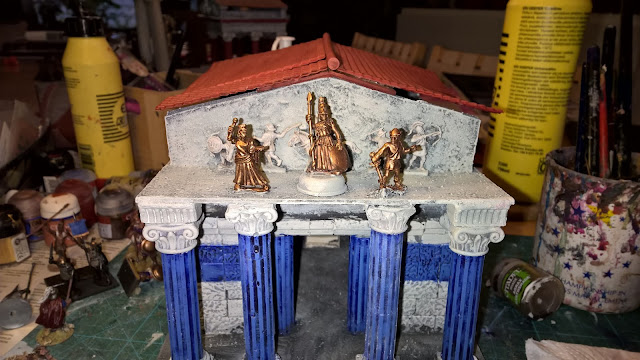 Completed temple, 02:00 in the night. openings between roof and the upper wall not good.
Gotta fix that later... 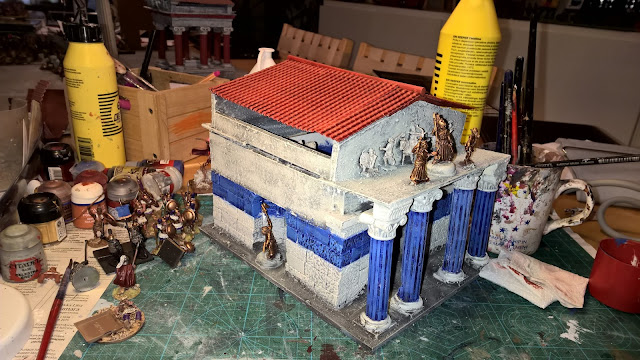