Map based Campaign started: Kingsdoms in the East 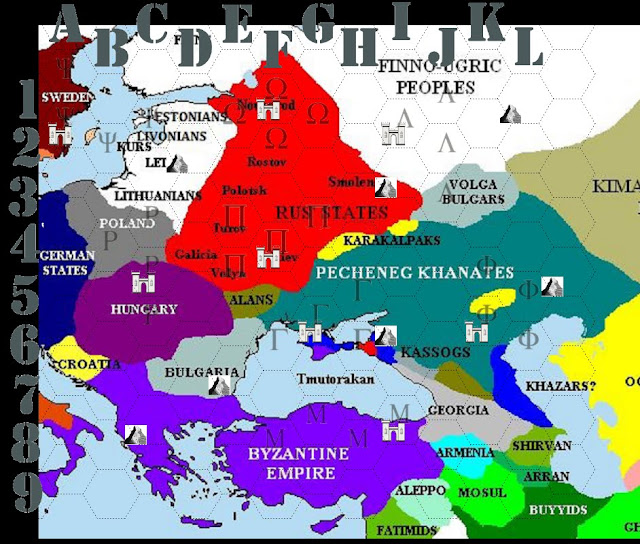 After two Saga campaigns (Limes and East part one) in the spring and early summer our armies have grown and are growing. So evolution takes us to the next level: larger battles with rules systems designed for them.  Read on and follow how this campaign unfolds...

Campaign system is based on the  good old #mightyempires (Games Workshop) with quite a bit of customization. If you're interested in the campaign pack, you'll find it (in Finnish) here

In this campaign my infamous warlord Vladimir Nurja continues to expand his Kievan Princedom (Rus)... 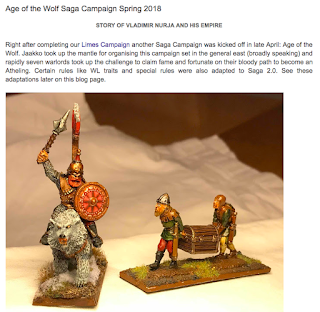 1. Player with the smallest empire (areas, buildings and gold counted) chooses an event and challenges another player for a battle
2. Next empire in size makes a challenge etc. until all 4 games are set
3. Games are played within a 2 week period (and reported in our facebook group, blogs, instagram, etc.)
4. A Player gains 1-4 campaign points from the game and uses them to expand & develop his domain
5. Umpire updates the map based on these expansion activities
6. New round begins

My first game (750p.) was against Marko's arabs 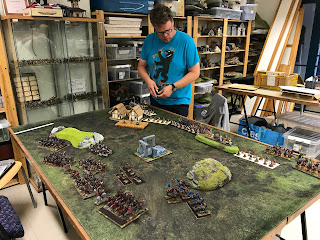 Mikko (Byzantine vassal) & Jaakko (Northmen) about to start their battle 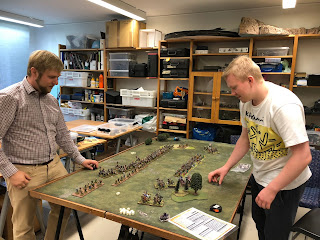 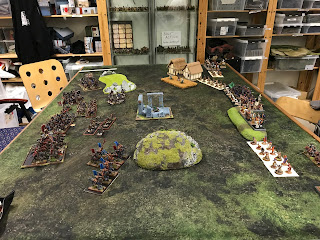 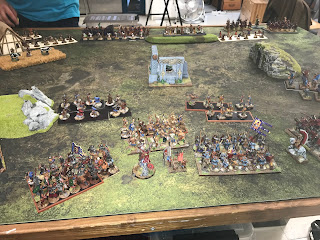 Polk, This time not a combined formation with archers
as the rules are so damn hard to figure out! (FAQ finally clarified this) 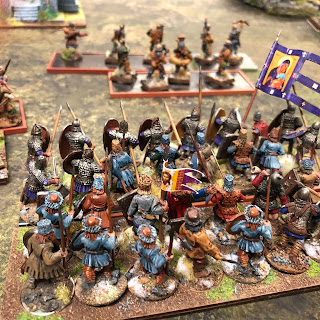 Archers, this unit actually shoots with 10 dice, I only used 6 throughout the game! 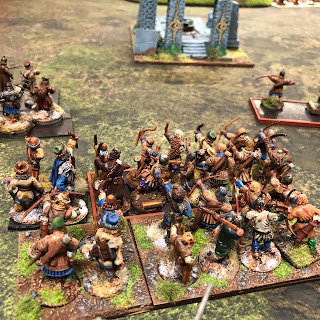 Nomad mercenaries, these were excellent, Event If half the times I forgot they are excellent shooters! 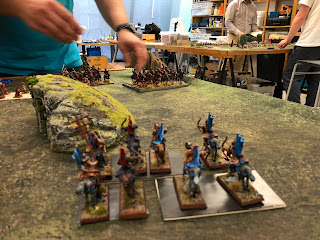 Crossbow skirmishers, I first had them on too narrow
Movement trays / bases (see end of this post) 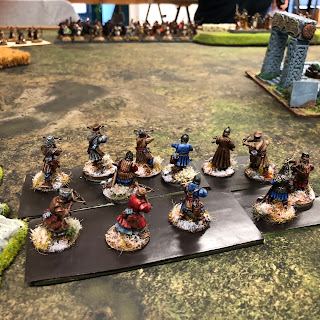 My centre moved forward to secure flanks with terrain 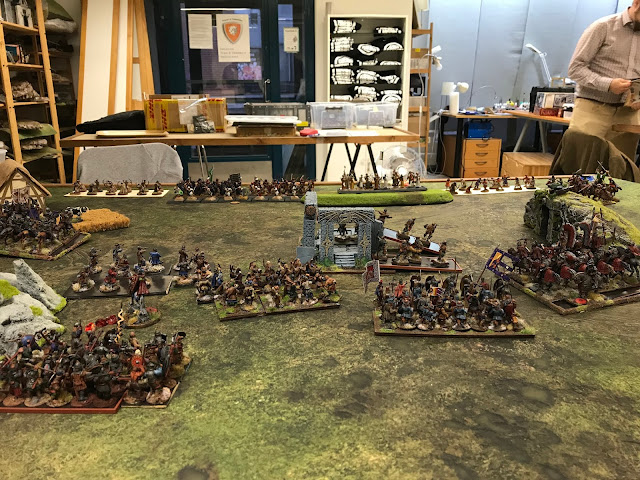 On the right my Senior Druzhina clashes with enemy elite cavalry

And were soon flanked by enemy crossbow unit, luckily I passed the cohesion test! 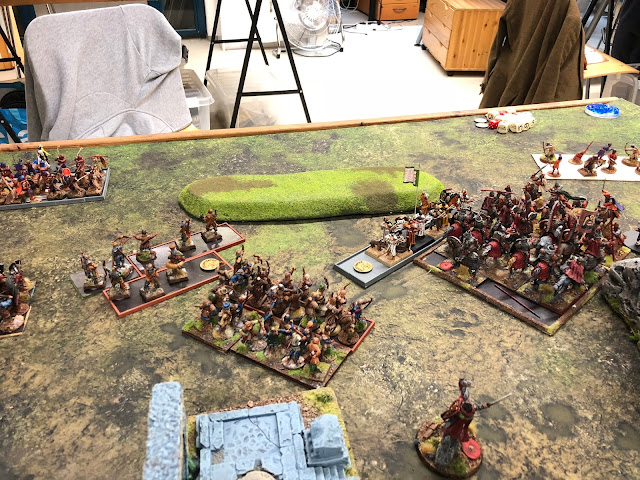 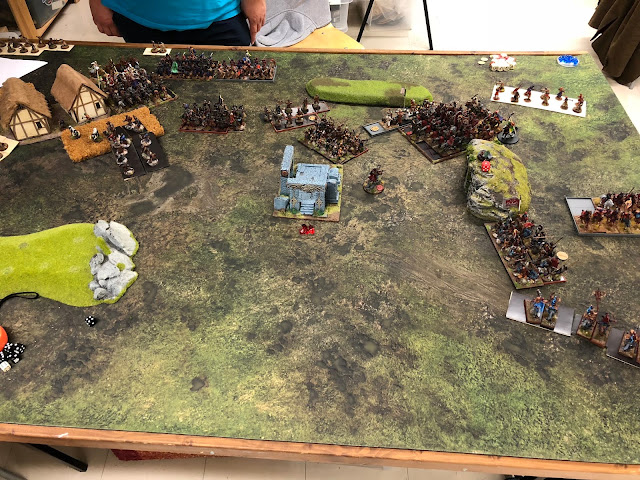 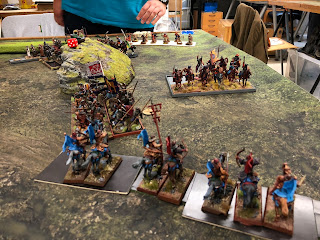 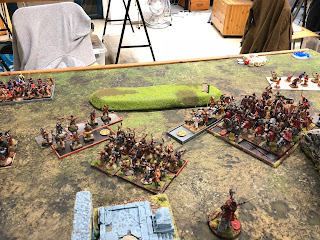 Juniors grinding, Polk axemen about to charge and whack two enemy units with their mighty axes... 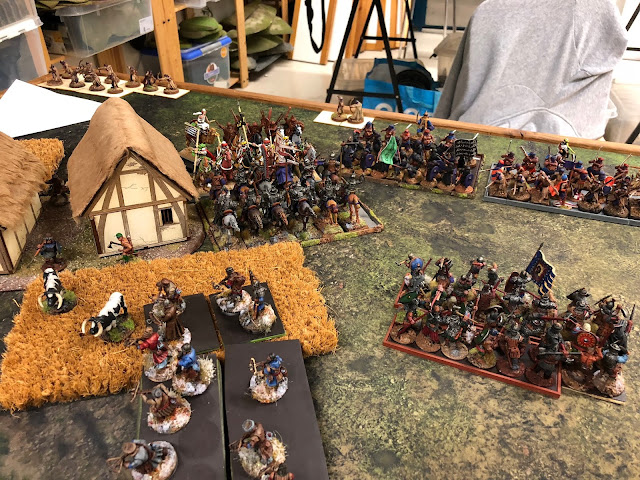 End of the game

I had cumulated more momentum tokens than Marko, so I had the advantage in melees. With this help I managed to crush Marko’s right flank and win combats in the left.

Then we had completed 6 rounds (in about 5 hours!) and Marko had lost 8 army break points (I needed 9 to break him!) and I had lost 3, so a VICTORY TO VLADIMIR!

In the game I had learned about the sizes of skirmish bases, so I made new bases for skirmishing 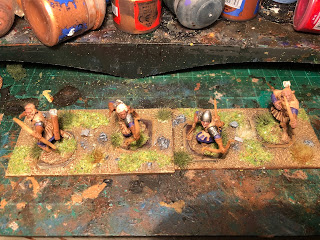 Results of the first Campaign turn

(One more gaming is played today)