First go with Sons of Mars

Rome and gladiators have been my interest since reading Asterix comics as a kid and my first historical army was Early Imperial Rome. We've been playing different Gladiator games as beer and pretzels games many times and now this fire has been kindled again with Sons of Mars 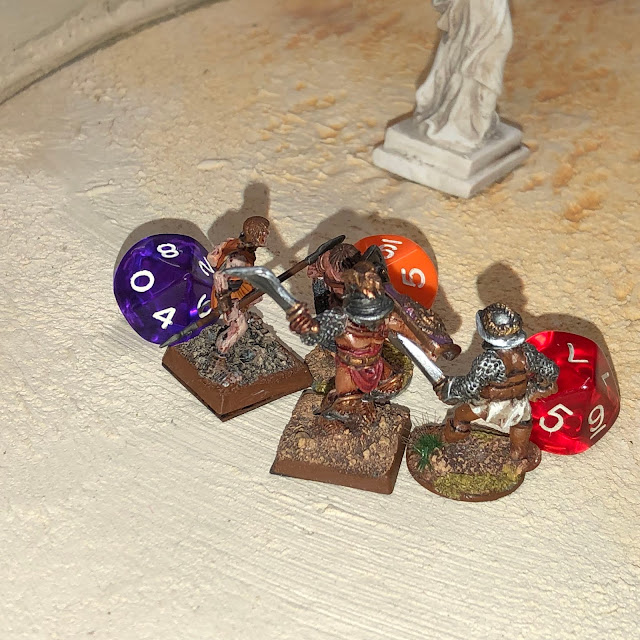 I saw a rules review article in Wargames Illustrated about this game a while ago and ventured to the Acceptable Casualties -website, where I was pleased to find a download section , where one could download a free demo game version of the game. After studying the free content, it was a no brainer for me to buy the pdf-version of the rules from God's eye games. Very affordable indeed.

Luckily I already had plenty of painted gladiator minis, but I couldn't resist in buying the Ludus-set from Sarissa Precision, which I put together (yet to do the row of seats for the audience) last night. 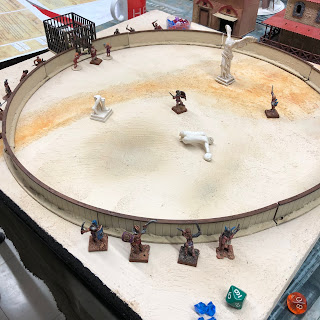 Blood on the sand

So tonite we met at Nopat & Taktiikka club with a fellow enthusiast Herkko (his building the Colosseum model from Sarissa!) and played two games of SoM: 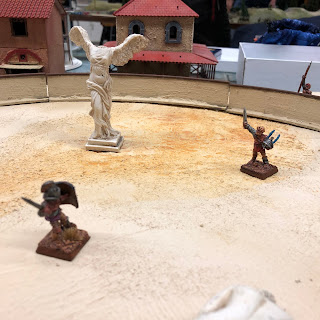 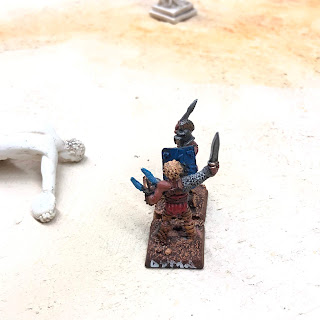 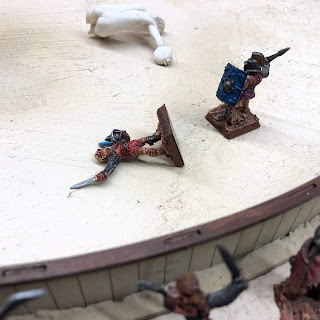 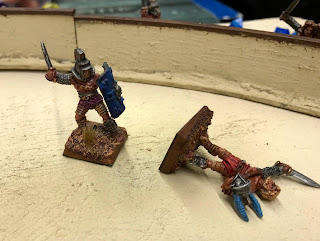 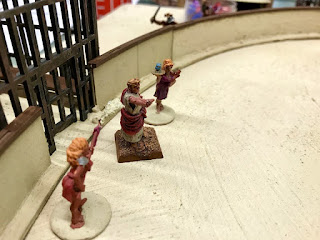 As I was giving a demo, I politely lost... luckily Cesar was forgiving - LIVE!

Then we moved on to the Primus event of the night: we built two custom gladiators each, spending 90 coin for it, my gladiators came out like this: 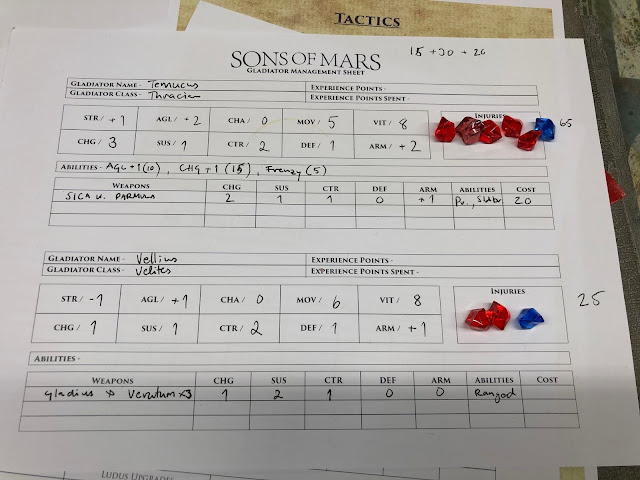 And then a 2 vs. 2. battle was fought... for this game we also added the fatigue -rules (you can choose to use more or less rules in the system). 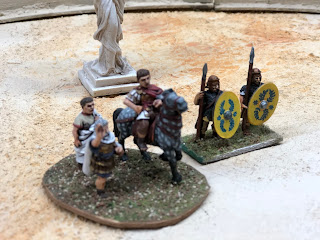 Even the first consul of Rome honored
our event with his presence! 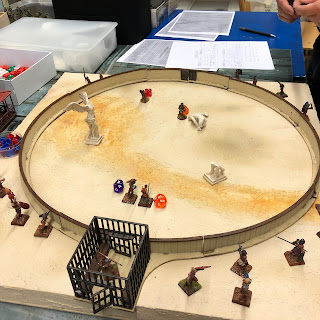 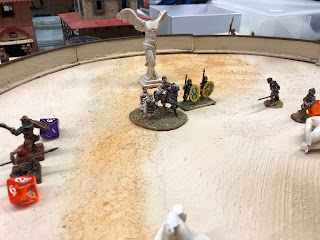 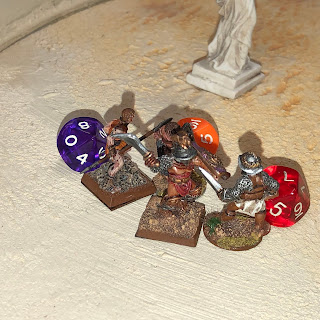 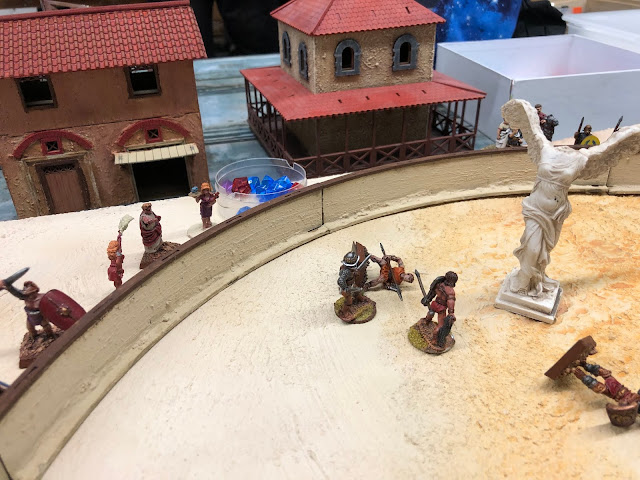 After maybe some 7 aggressive and brutal rounds both
of my gladiators were down to zero vitality - they were not (necessary) dead, but
truly beaten!

Our shared vision is to lure more club mates into this blood sport and arrange a proper tournament or even a campaign to raise our names to immortal glory! For that we will definitely need to have Colosseumin place!