15th of December 2018: Acquired This from Firestorm Games UK as Knight Models don’t ship to Finland. In this post I will review the game and miniatures and publish pictures of minis I’ve painted. This post will continue to evolve as we go forward. And what do I mean with “we”? This game will be a Christmas present to our family - my three daughter are all Harry Potter fans. And shhhhhh... don’t tell them about this!

There's been quite a bit of social media rage about this game, quality of components and specially how bad Knight Models is handling their deliveries and customer service. Advised by this I ordered the game from elsewhere (and I guess KM doesn't even ship to Finland). First I pre-ordered it from our local games store Fantasiapelit, but as December was about to to start and there was no guarantee, that they would get it before Xmas I moved to Firestorm Games in UK, whom was now saying they have it in stock. I was very pleased about the speed of their service, a week after I had the game in my hands. I also ordered additional blisters for Hogwarts teachers and Hagrid and Fang. 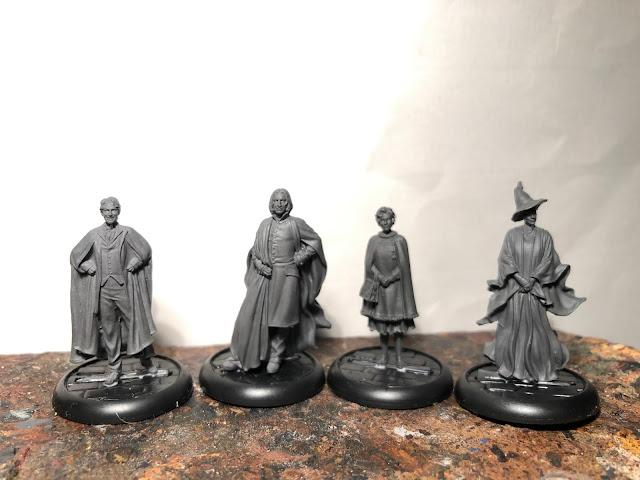 Based on what I've read so far from the rules book and seen (youtube videos and actual minis) and played, my current review of this product is as follows:

As a summary: I love painting these miniatures, hope to get my girls excited about the game and even painting minis and I think I will like the game very much. Compared to this, I don't care if it costs a bit too much. I guess I'm a Harry Potter fan too! See links to other reviews below.

First to get painted was Professor Snape or Kalkaros as he is called in the Finnish translation: 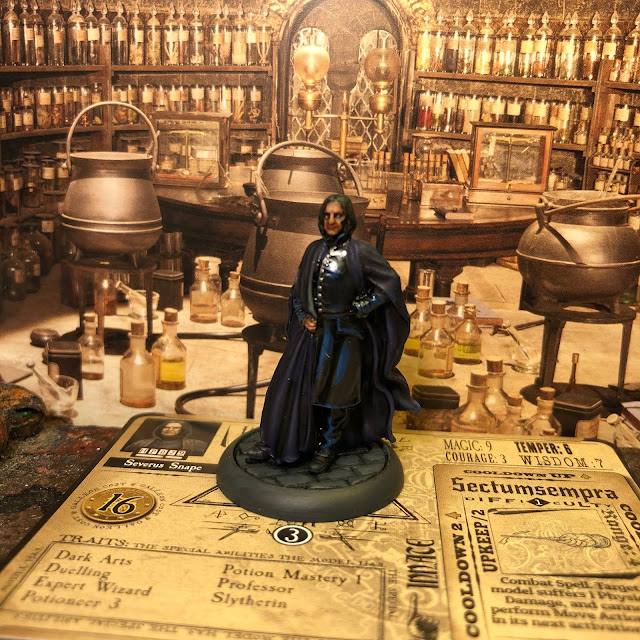 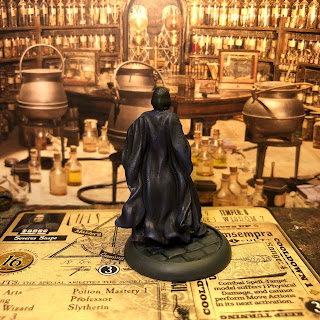 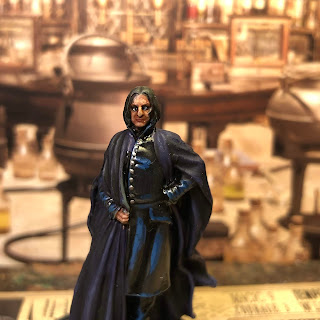 Lockhart mostly painted by my 10 year old daughter! Umbridge is called
Pimento in the Finnish translation.

Professor McGarmiva (McGonagal) was painted together with my 8 year old daughter.

She´ll get some more highlights when I get back home.

So Santa brought the game on Christmas eve and soon we were trying it out. Here are a few pictures of the games 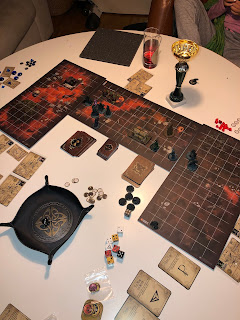 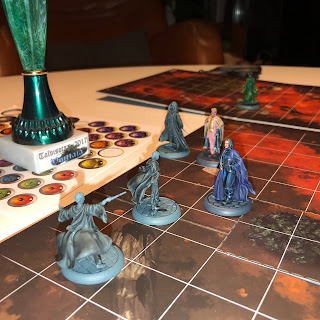 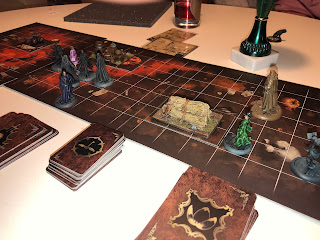 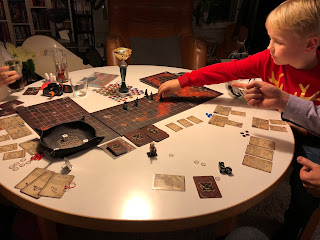 Santa also brought a pretty cool "Griffindor Tower" set
from Nanometal figures, kids are playing with it, but
it might work as a display set fot the miniatures 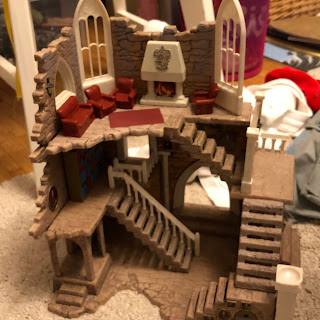 Based on the first couple of "demo games" I would say:

Further analysis after some five games

Now I’m starting to get a grip on the rules... some lessons learned

Stay tuned for more pictures as minis get painted and eventually (after Christmas) also game reports!

Reviews and "How to" -videos