Several new or returning players joined the ranks of us veterans and once again Adrian took up the mantle of a TO. Soon players were flocking in and we had a tournament with 12 players all set at the club! 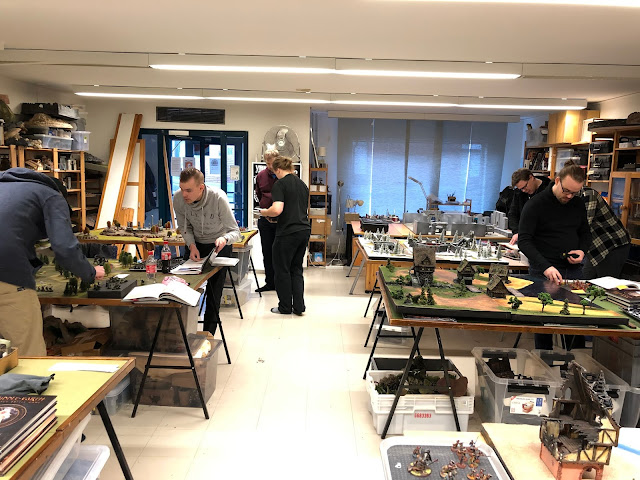 Read on to find out how my games went down! You can see how I had prepared for the tournament on the prequel post.

Laketown by me and Jaakko 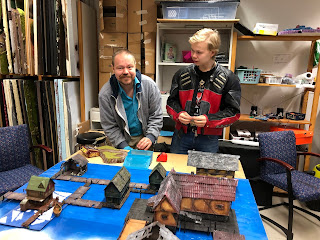 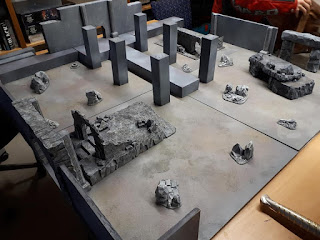 I played my third game in Moria, against Kalle 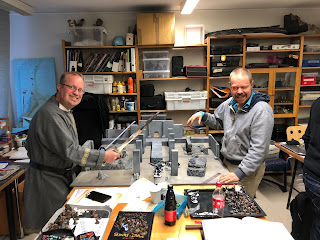 "Fallen kingdom" by Kalle, played my second
game there 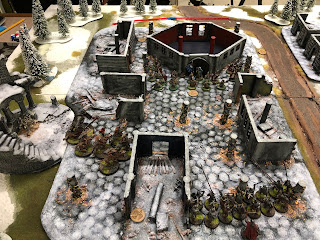 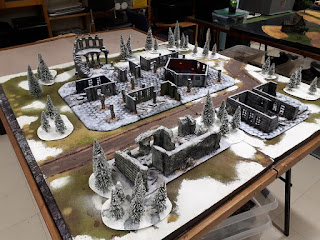 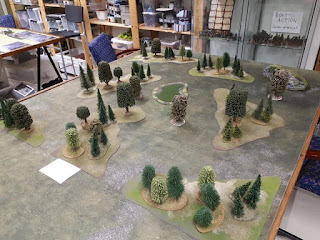 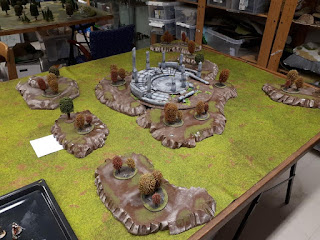 "Village by the river" by Jaakko 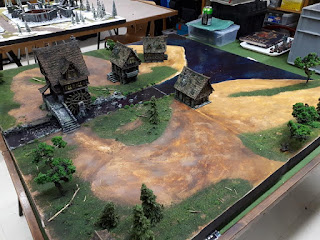 As I had contributed in making this board, I had the privilege of having my first game on it.
Warbands moved in from reserve and on my first turn only the Laketown warband, led by Bard arrived and I moved them up, yet to commit in either direction.... first Uruks appeared in the distance too. 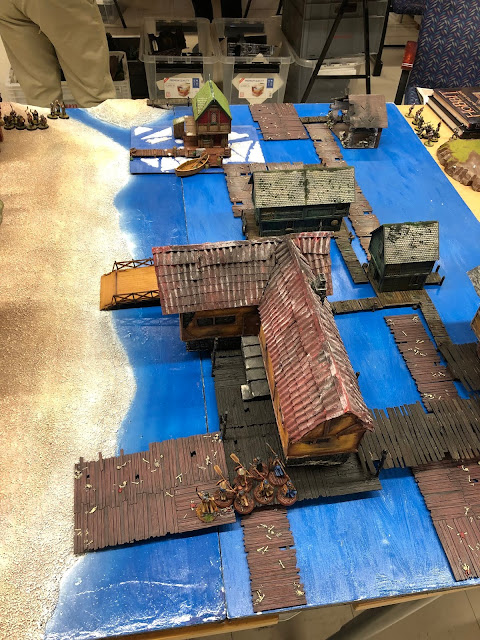 On the second round Iron Hills warband duly arrived from reserve, lead by the hot headed Dain. He lead his goat riders towards the shore, while my dwarf infantry moved to the right to get into position on the peers of Laketown. 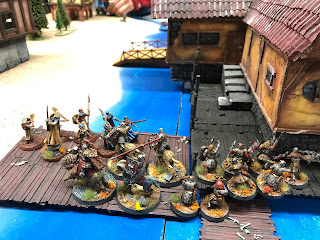 Rapidly moving (8”!) Uruk scouts dashed towards me as the panicked people of Laketown covered behind their doors and windows. 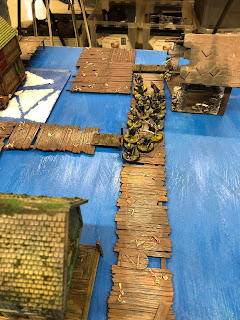 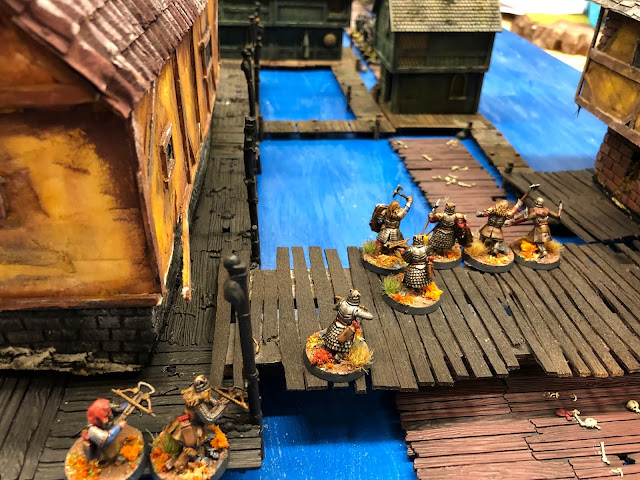 Clash on the beach

On the shore Bard had dropped few enemies with his great bow, but as the men
of Dunland moved too close for comfort, Dain charged at them headlong! 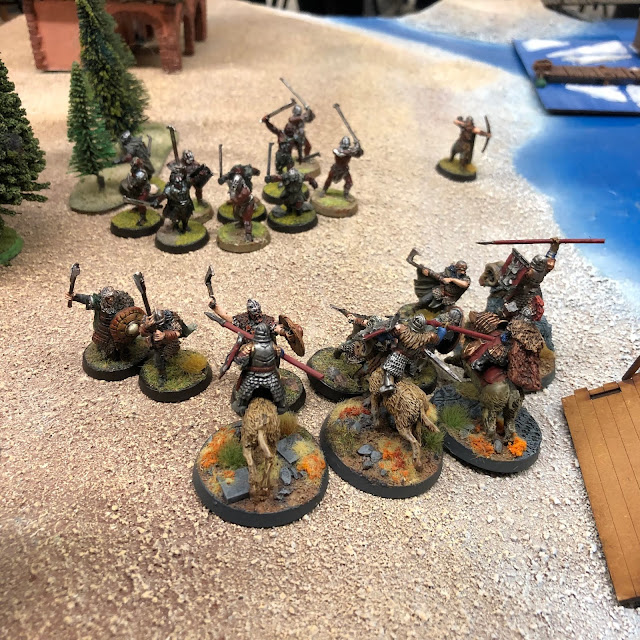 Dain called a heroic battle and after smashing his opponent, he moved on to secure another victory
for Iron Hills elite! Soon all men of Dunland were no more! 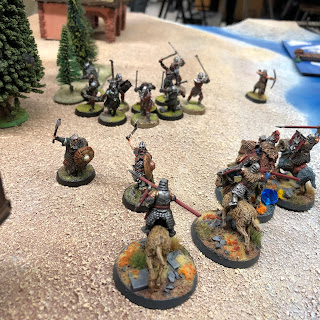 Dain and Goat Riders continued their rampage - 5+ ability
to knock down enemies on the charge proved invaluable!
Laketown fighters held their own behind this scene. 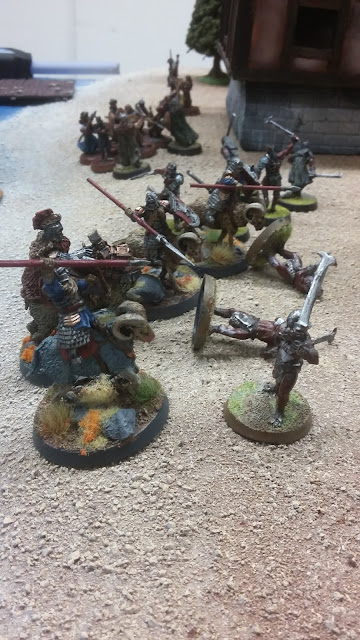 Lurzt himself led an attack against LT survivors, while last berserkers held Dain and Goat Riders back... would they make it to help Bard and his brave lot? 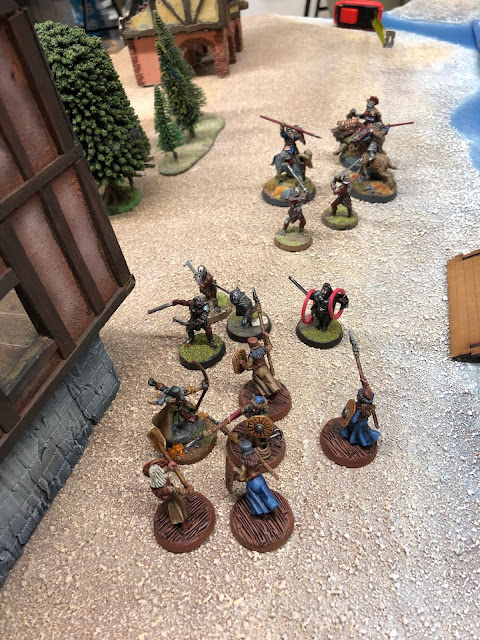 Grim fighting on the peers

In the meanwhile Uruk Hai scouts were closing in faster than crossbow bolts could stop them! 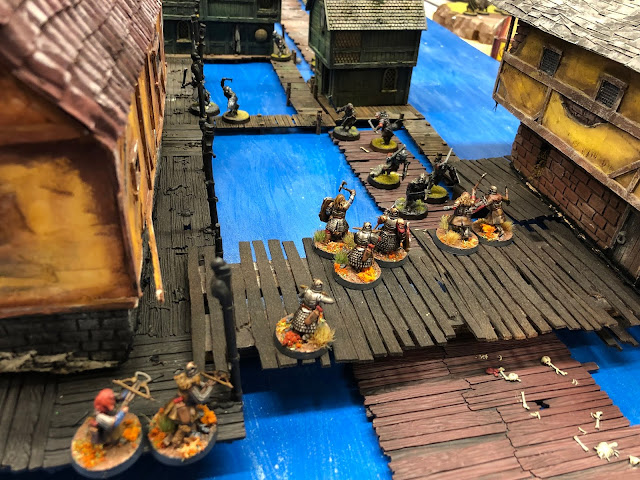 And soon first melees erupted as Mauhur and his villains slammed into my dwarves! 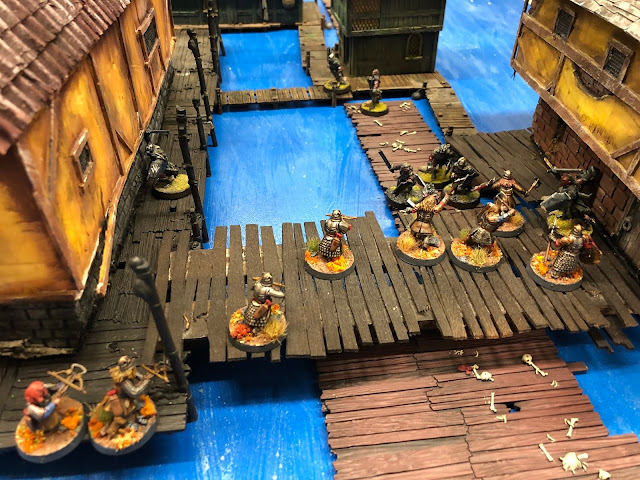 Brutal melee continued for several turn and even my crossbow toting lads had to engage, but eventually my better armour proved vital and Uruk Hai's attack was brought to a halt!
NON SHALL PASS! 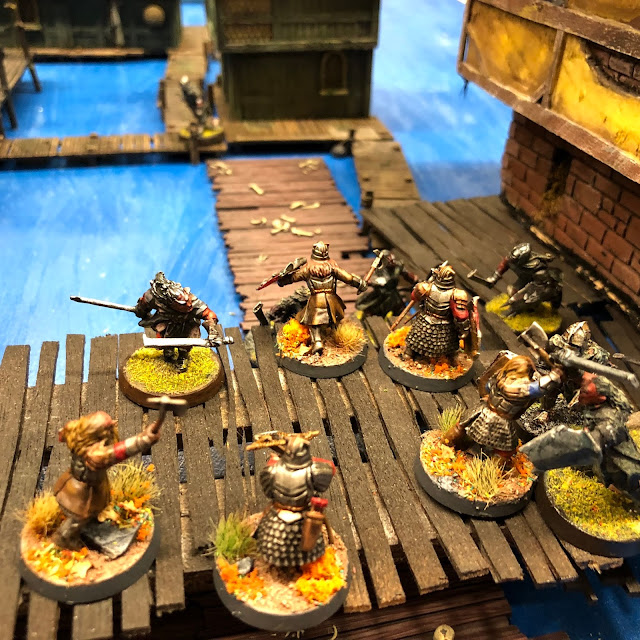 On the shores Dain and Bard now fought side by side with both sides taking losses, but even Lurtz couldn't overcome the migth of these two heroes! 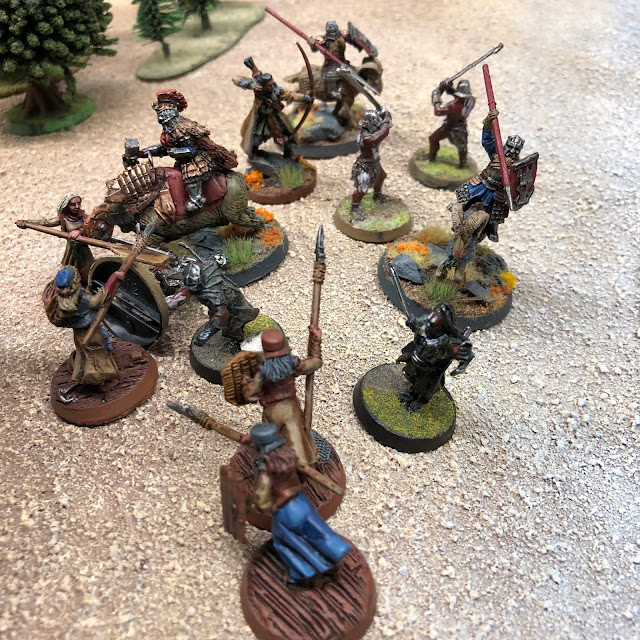