All hail His Grace,

Mika of the House Stark the First of His Name,

King of the Andals,

the Rhoynar, and the First Men,

and Lord of the Seven Kingdoms. 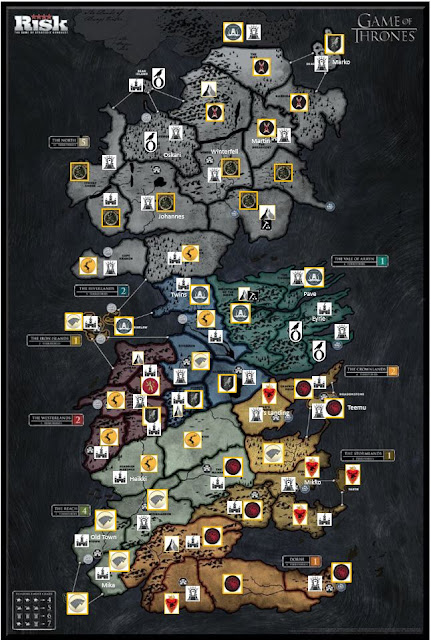 Last game of the fifth round of our campaign was played yesterday
and it was time to roll the dice...

Our campaign length was designed to be random, as follows:
And the die was cast: 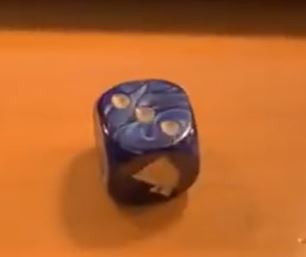 And hence our final result was as follows:

So our campaign clearly was quite balanced and actions outside the actual ASOIAF battles had a significant impact on the results, which was what I wanted. Very pleased how it all went down, except the Covid-19 making the last two rounds more challenging to play (TTS was used quite a bit).
Lähettänyt Teemu klo 0.24