Last Saturday we played a rather huge battle as part of our Crusades Campaign. 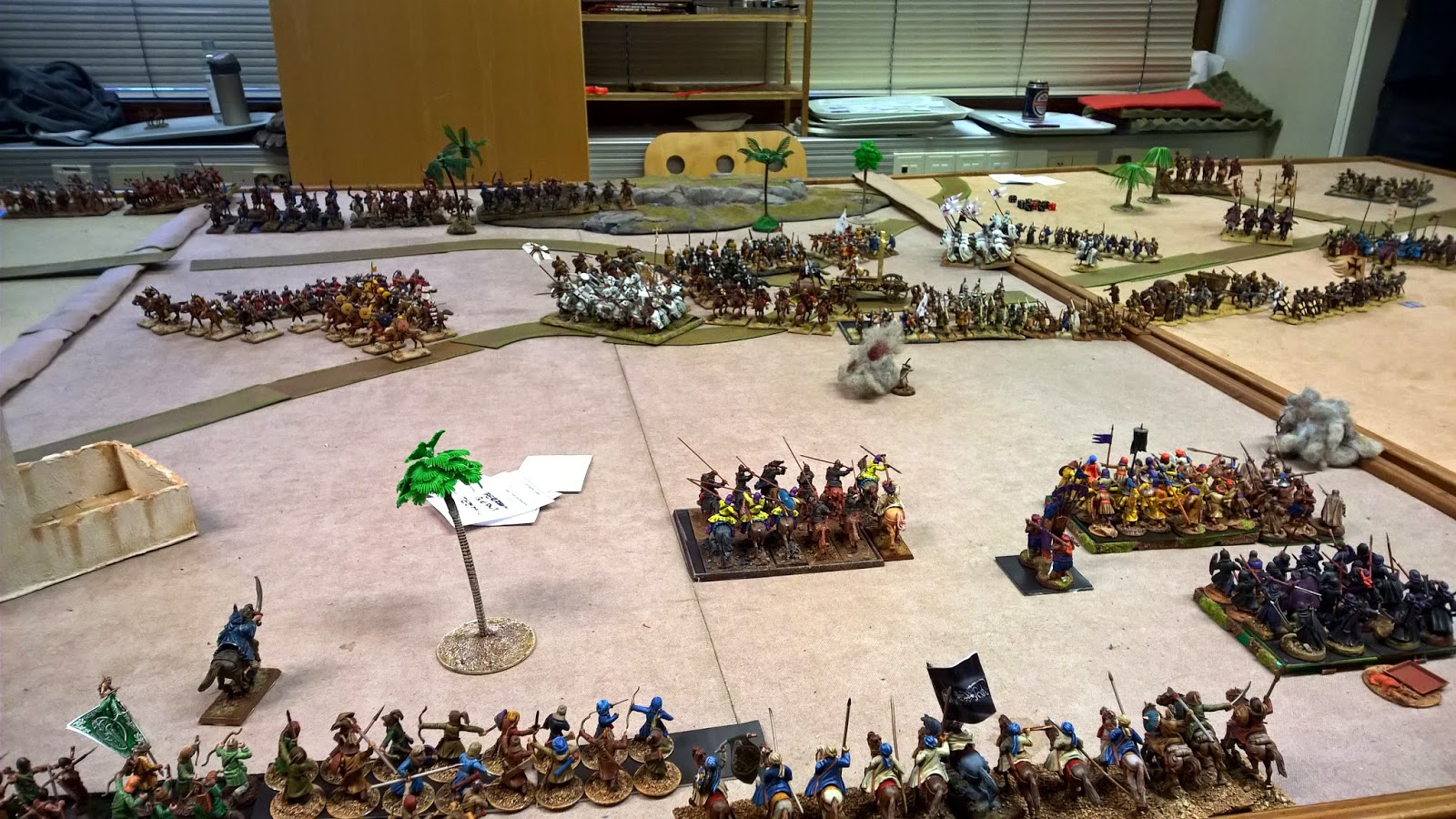 Juha was faster than me in writing a report, so let's utilize that:

Mentor on Miniatures: Deus Vult - Battle of Hattin: Last weekend we had one of the main battles of our Holy Land Crescent & Cross campaign. The battle of Hattin 1187 which sealed the fai...


To sum up my findings and lessons from the game

... I very drastically learned, that ALL OF MY TROOPS were discipline 0.  What makes it drastic, is the fact that I made a huge mistake by placing my  commander just in front of my units (not knowing the rules very well) and he was run over by a unit of mounted sergeants, while they charged my spearman unit: 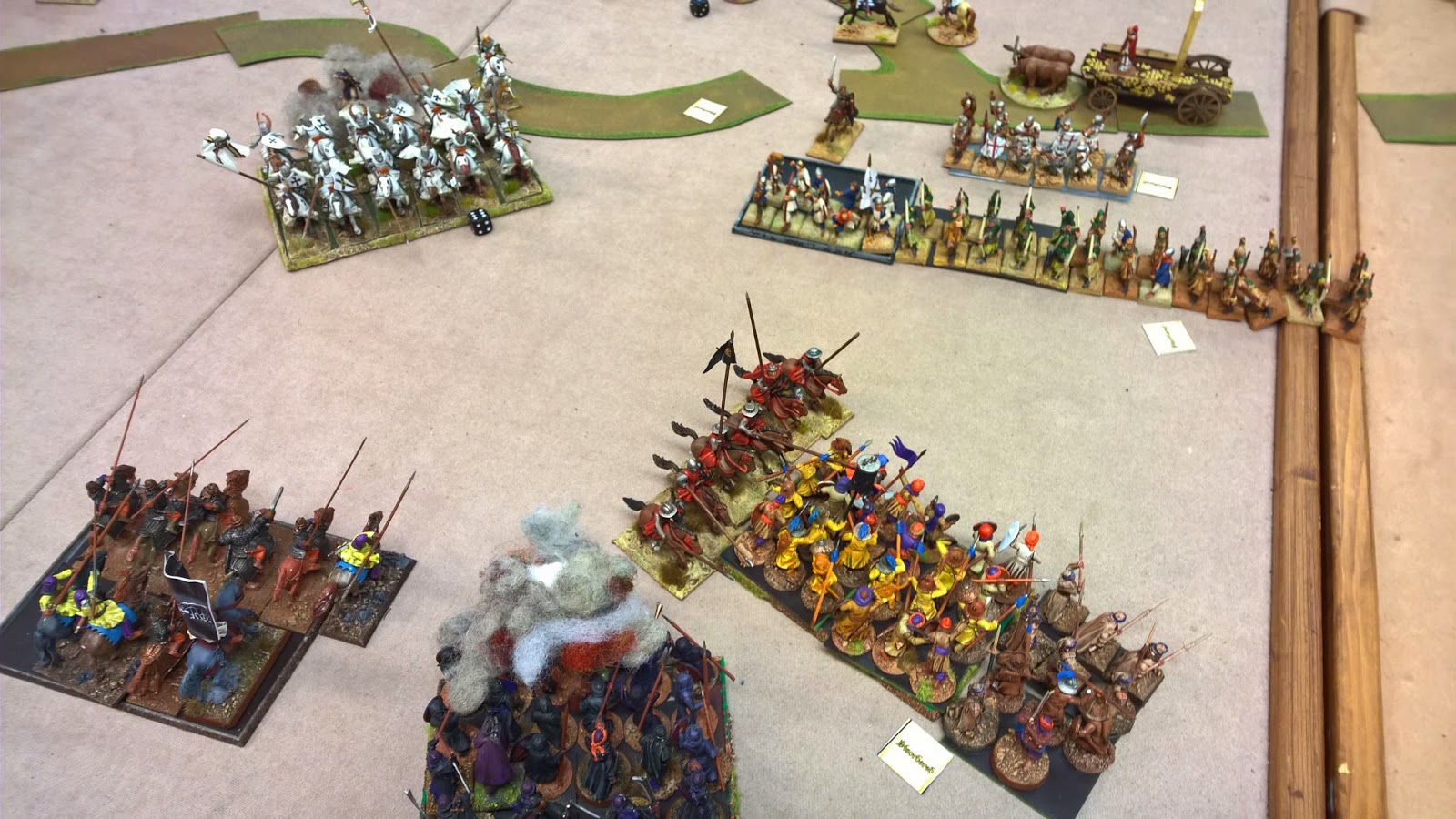 Ok, my mistake, I thought he could jump into the nearby unit or something... AFter reading some rules, there could actually be another interpretation: rules say, that you can only charge one unit at a time. Now the mounted sergeants clipped my battle leader while charging another unit... is this legal, I don't know.

Anyway, this lead to a situation, where my whole division would act on their own discipline - and of course losing their opportunity to launch a lot of charges! With discipline of 0 you roll two dice and choose the worse result. This effectively lead to a situation, where my division couldn't get any action done, except fighting in the melee initiated by the enemy. Especially painful this was for my muttawiah (guys dressed in black in the middle), on whom I had high expectations!

So for the next game I will certainly 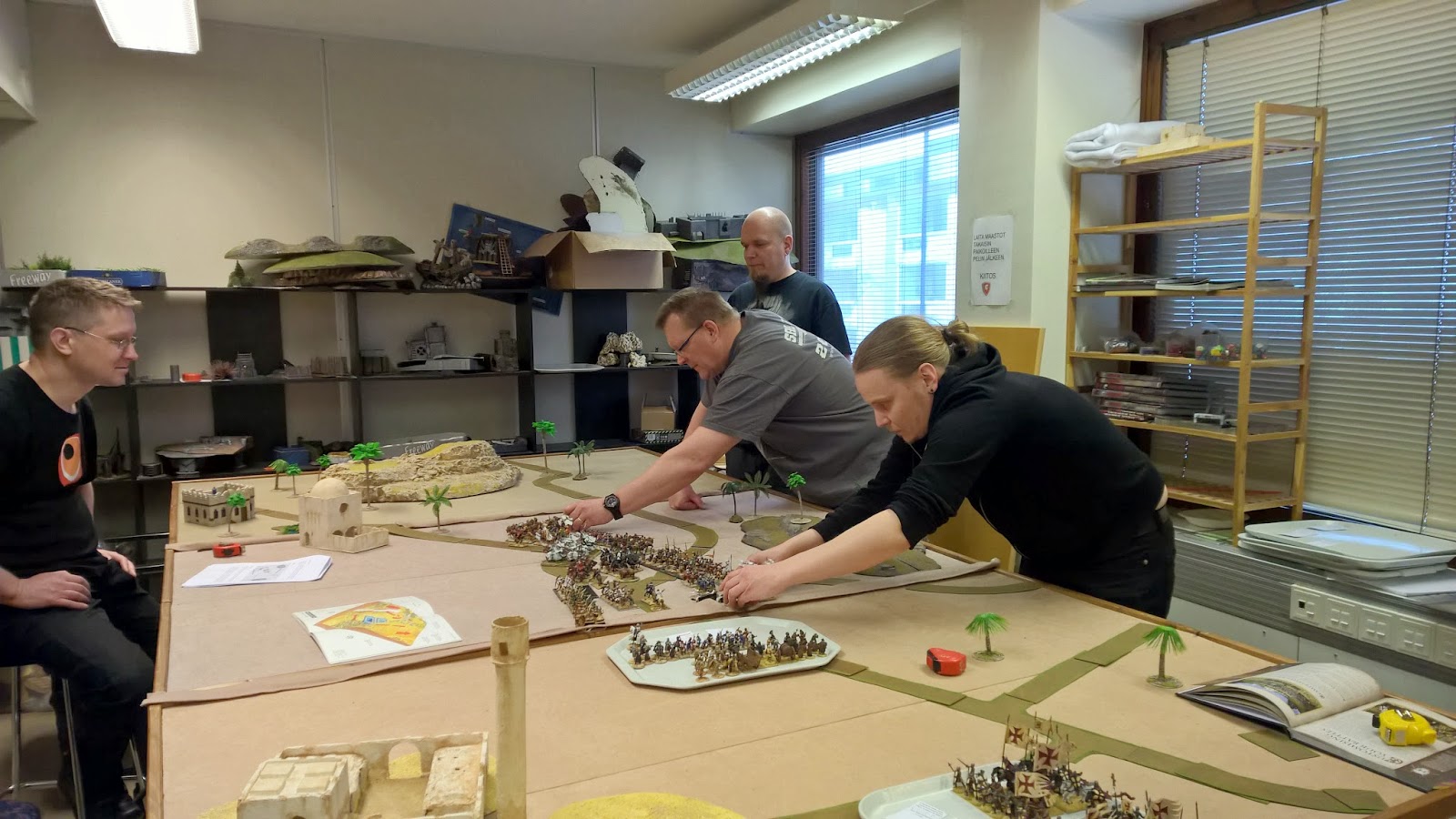 Christians deploying their trapped, soon to be slaughtered troops 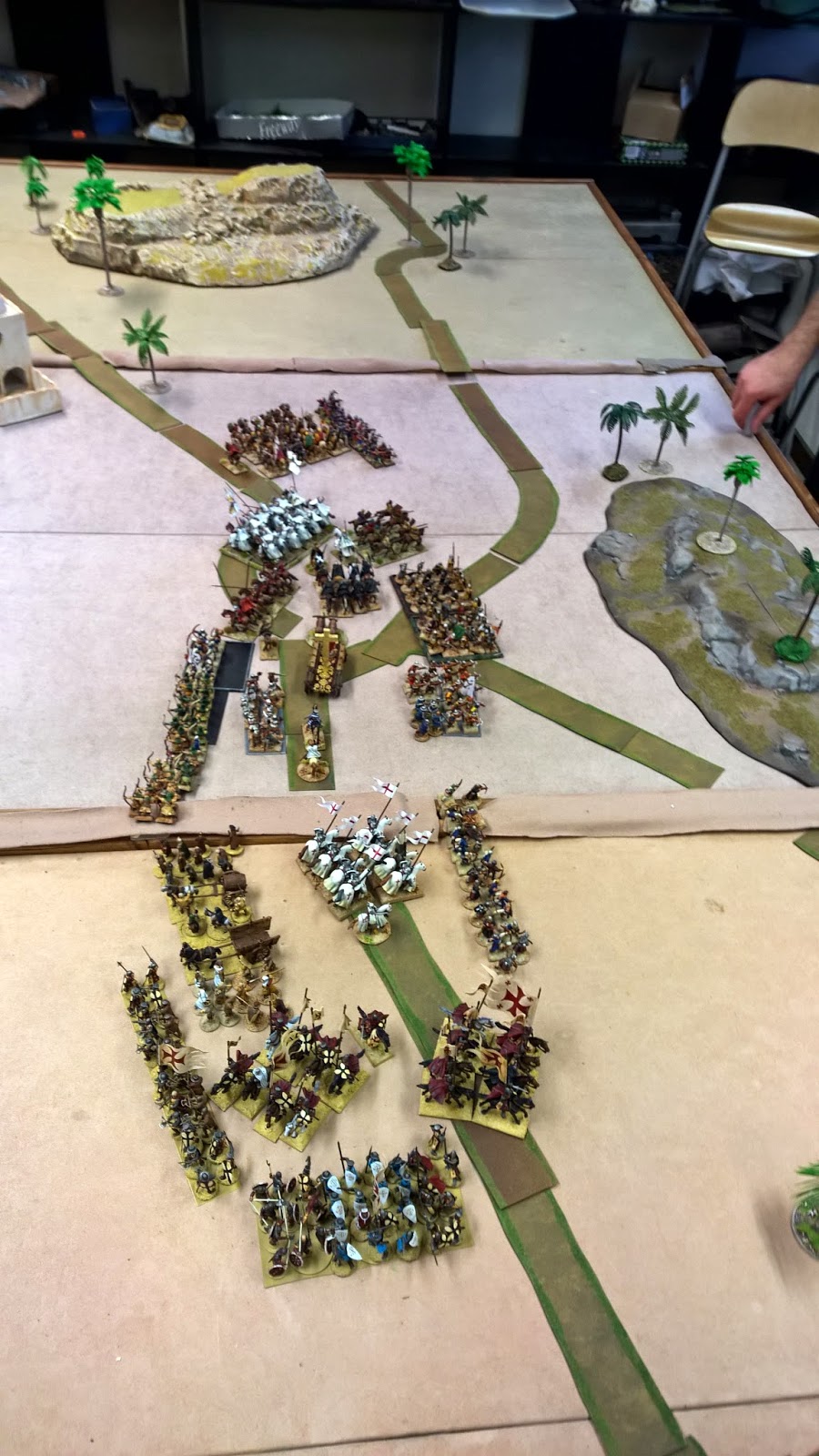 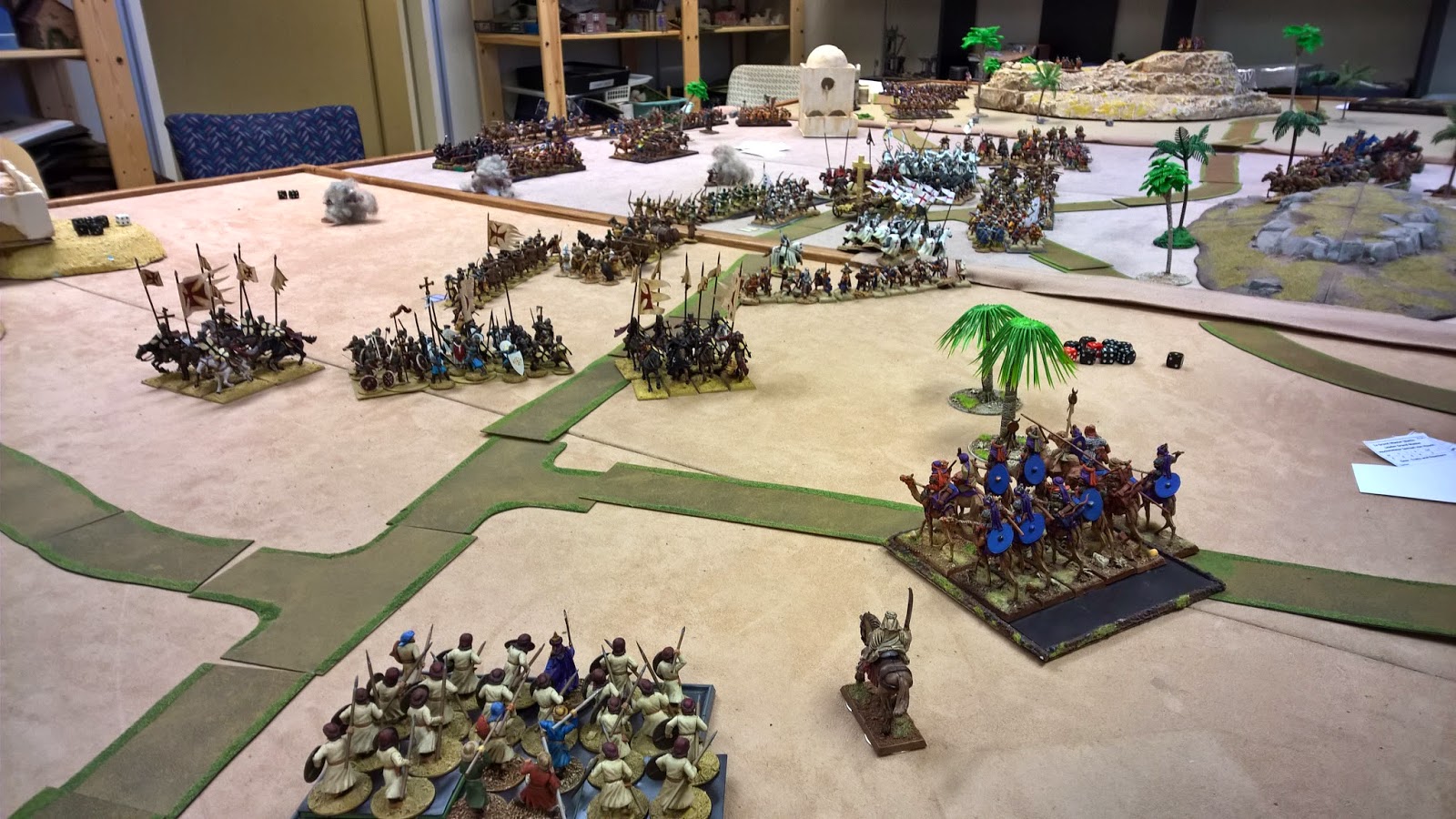 My bedouine division sneaking behind the christians 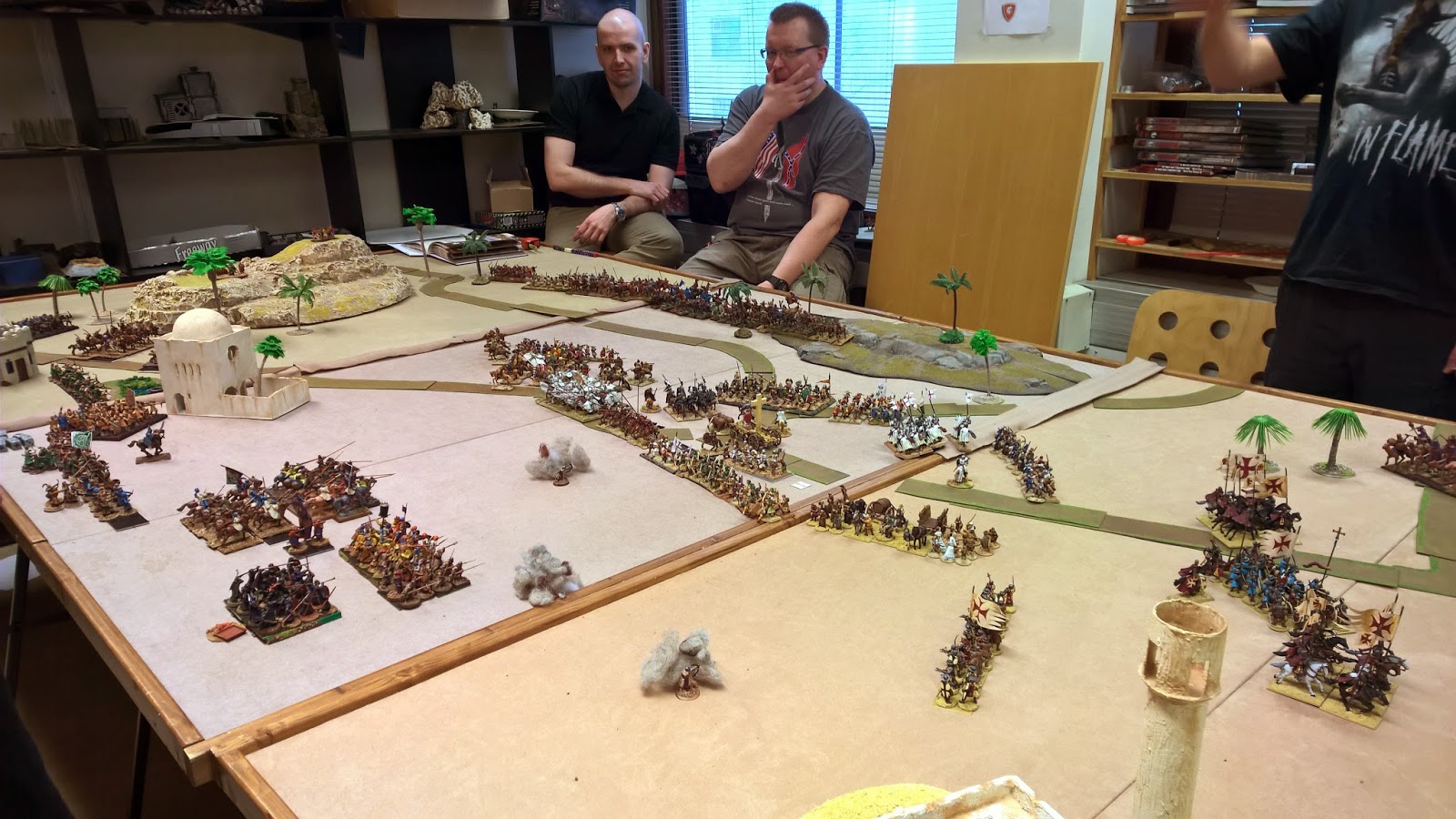 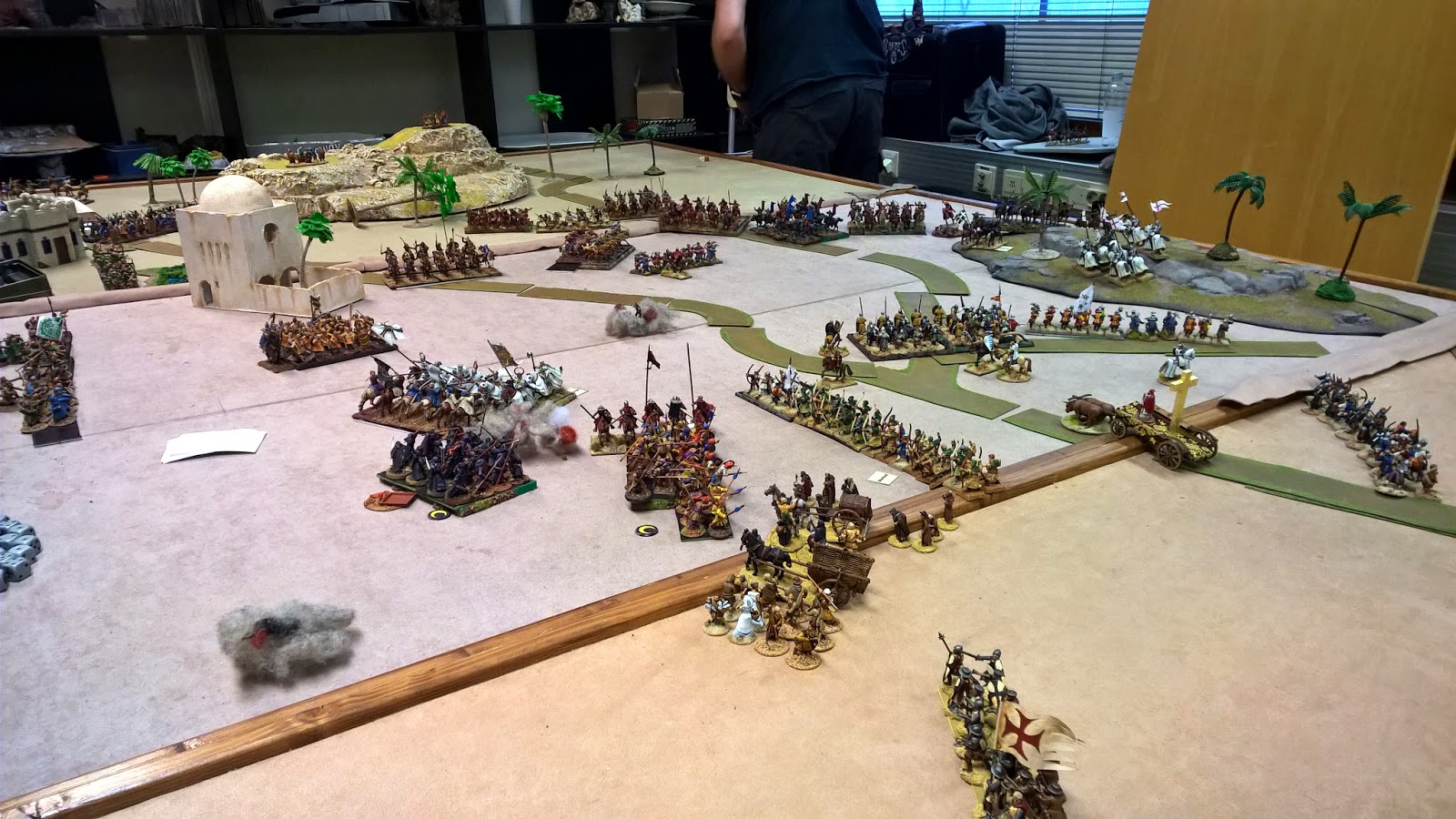 My battle leader has fallen and melee erupts 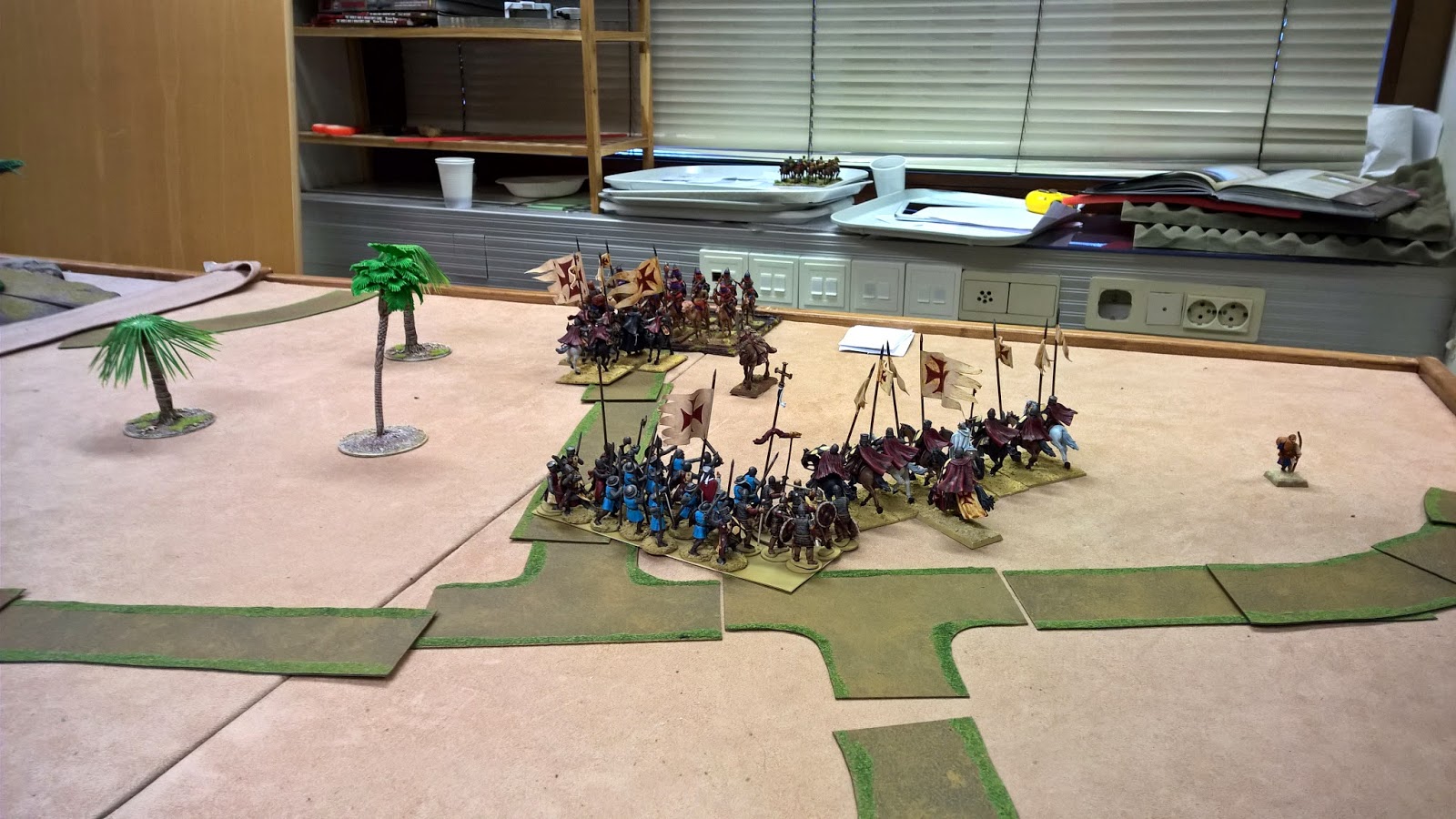 My bedouins beeing demolished by Baron of Ibelin 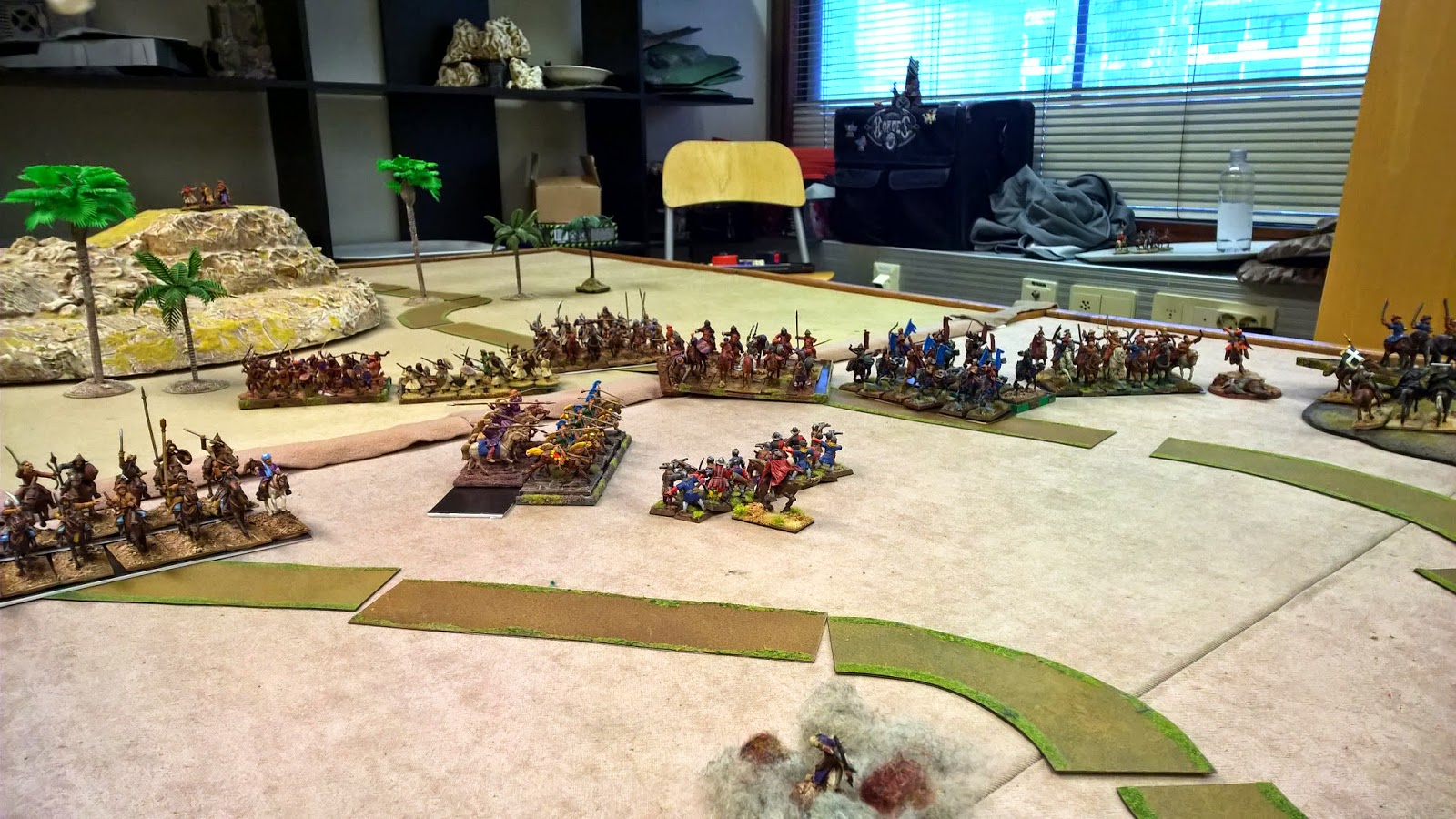 Christian spearhead division about to collapse under saracen cavalry onslaught! 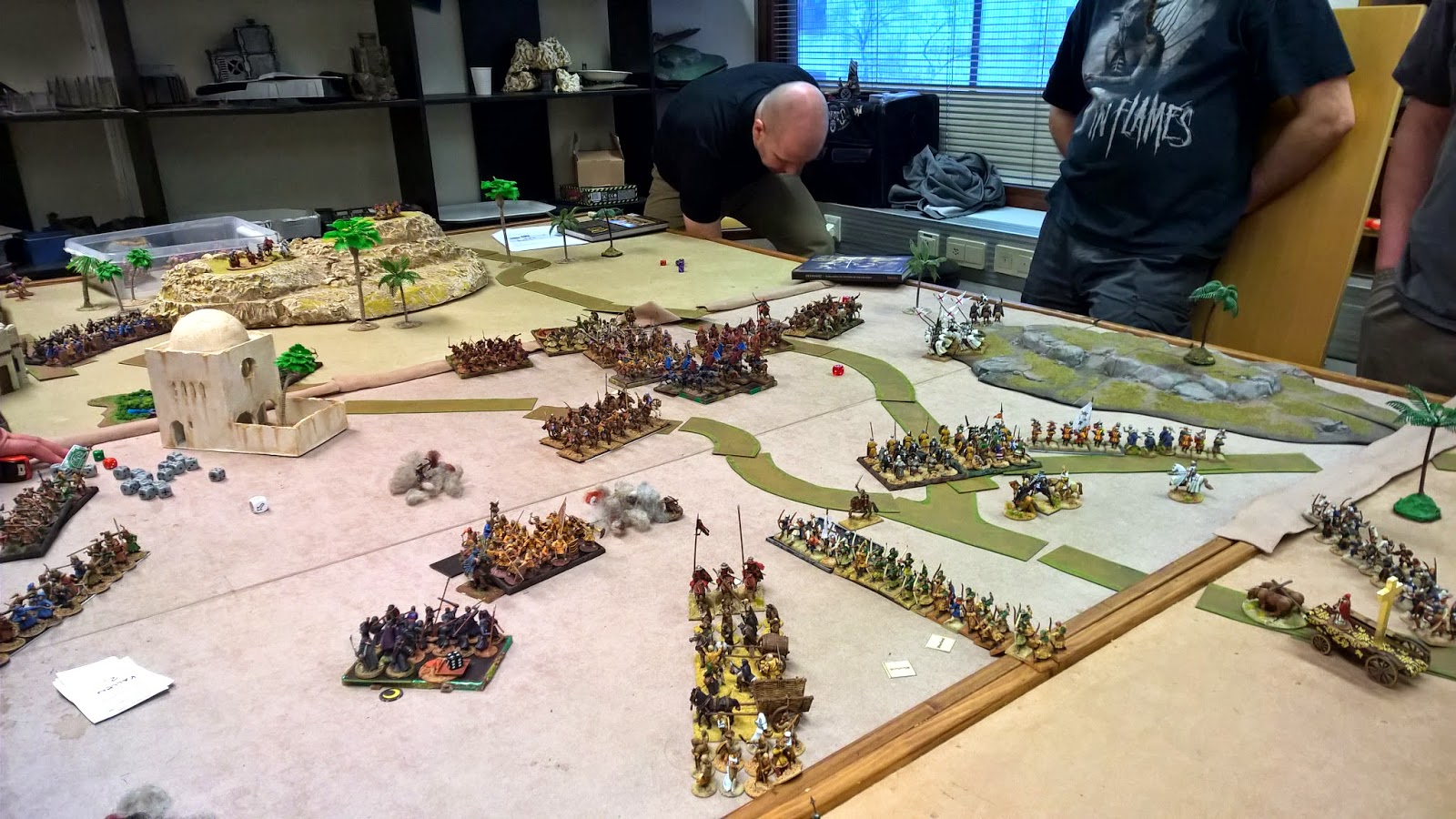