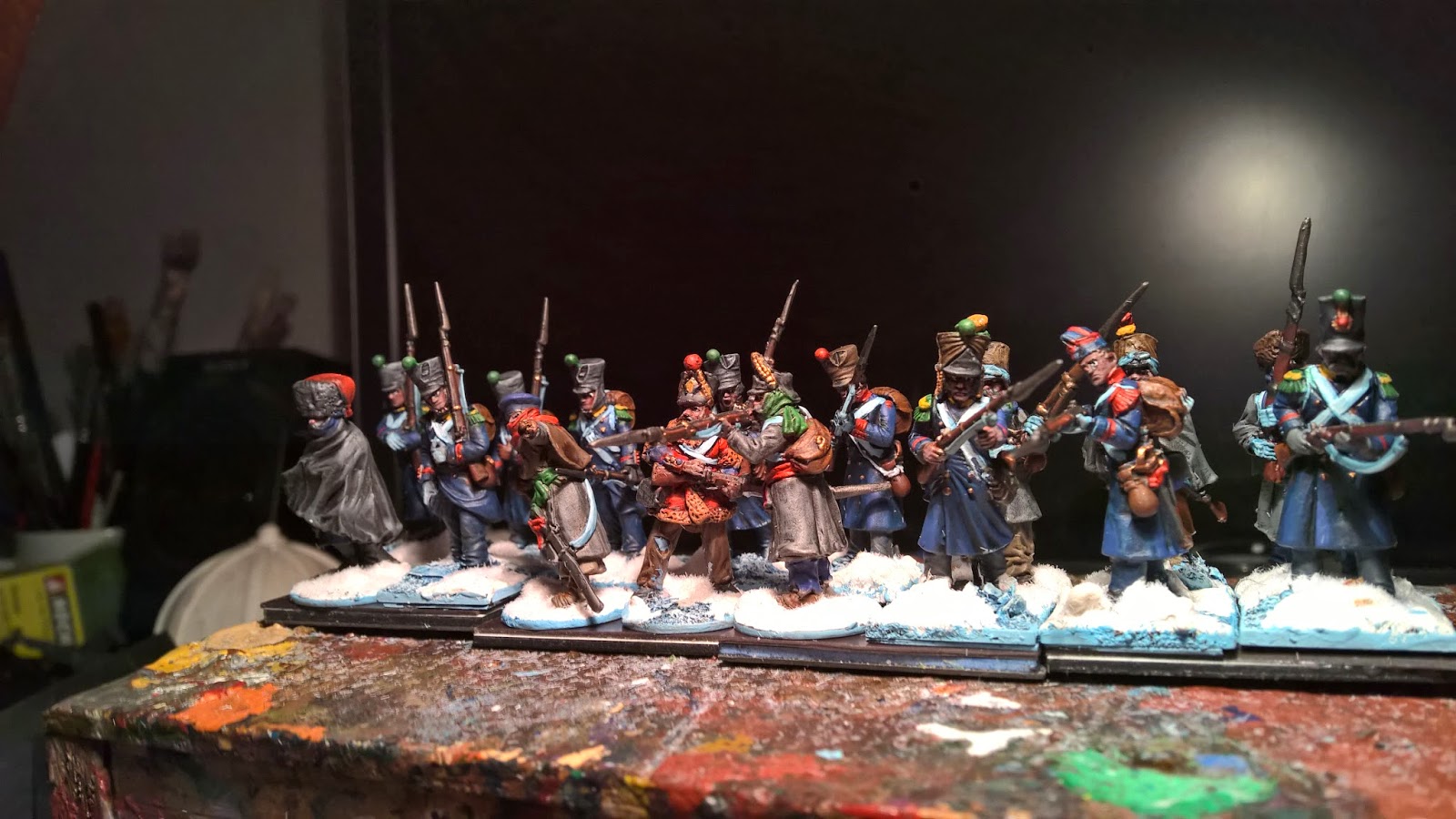 The Stragglers around here are your respon-
sibility. Protect them from any attacker and keep them
safe at all costs. Stragglers will move along the road, aiming to reach the opposite table
edge.

French
In addition to your force you control Stragglers.
GM will deploy stragglers on the road.

At least a third of your
units (not including any Straggler units) must
be kept in reserve at the start of the game. Other units
will start the game on the table. Each unit must be
deployed on the road , or within 4” of it.

Units in reserve enter the table along your starting
edge when activated for the first time after becoming
available. They measure their movement from any
point, and each unit may enter the table by a different
point.

At the start of each turn (before any Activation card is
played) roll a die for each unit in Reserve. If the result
is equal to or lower than the current turn number (1 in
the first turn, 1 or 2 at the start of the second turn, etc
...), this unit becomes available.

Russians will deploy with hidden movement rules, at least 18" from the road.

At the end of each turn roll 2D6. If the score rolled is
less than twice the number of turns that have been
played the game ends immediately. If at the end of the
game at least half the Straggler models are
still alive or escaped via the road, you have fulfilled your victory conditions.