I had promised to "re-enact" history in a party organized for celebrating our 100th Independence Day yesterday. So I did... 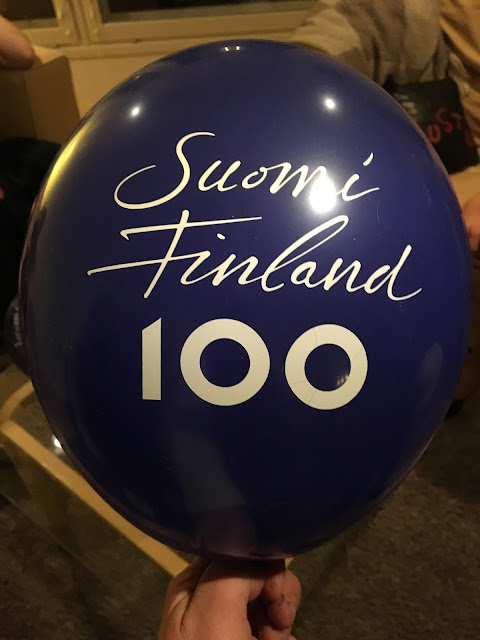 So Bolt Action for kids it was. We had some 4 players aged 10-12 (I think). Three of them were playing Winter War Finns and I was aiding one lad to lead the Soviet forces pushing into Finland on the "Raatteen Tie" (Road to Raate in the middle of Finland)...

Armies were about 800 points. Russians had a light Tank (T26B) and an Armored Car. And a lot of inexperienced infantry. Finns had light antitank gun and all infantry units had improvised antitank weapons

Scenario was simple: side controlling the truck with spoils of war in the end of a 3 round game would win. Half of the Soviet units were in reserve, while Finns had 1 unit of Sissi Recon Squads in Reserve. 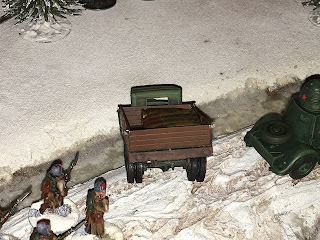 Soviet column of 44th Rifle Division has encountered a roadblock created by the Finns. More Finns lay in ambush on both sides of the road 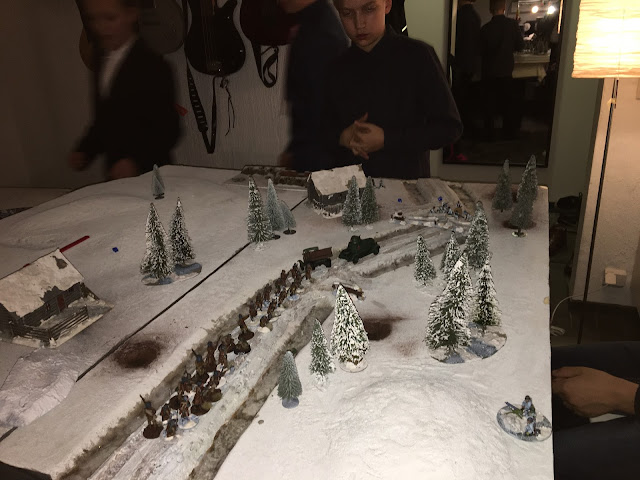 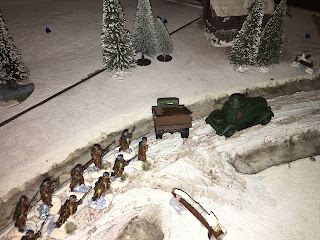 Russian M26B arrived from reserve and was about to roll over the Finnish MMG position...
but then Finnish Sissi Squad skied in and succeeded blowing it up in close combat! This was the only option for the Finns as the antitank gun's crew had been shot already. 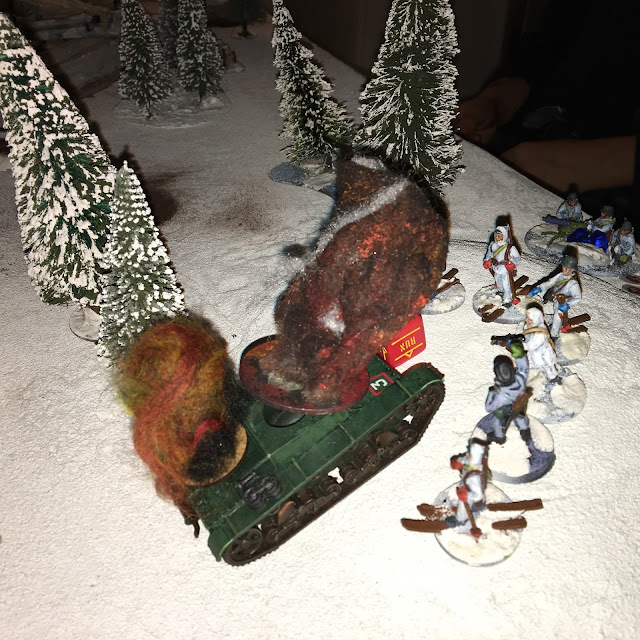 During the game both sides made daring assaults to take the objective...
(and in this case to destroy the armored car) 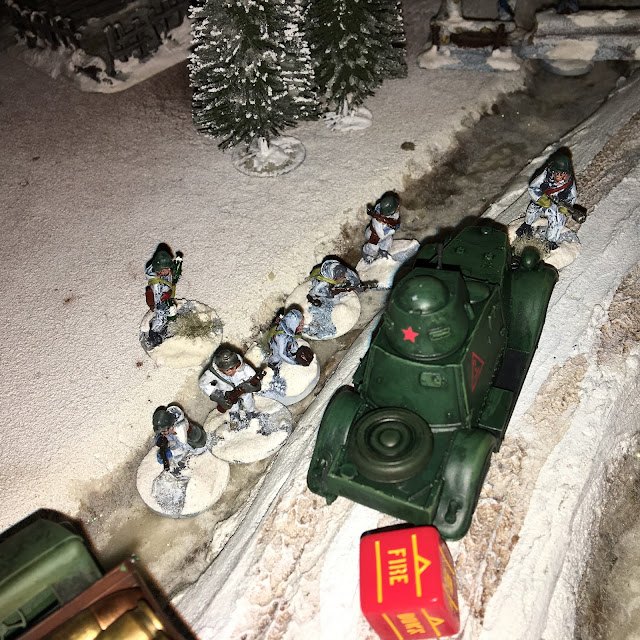 But eventually the Soviets took the objective and held it. They had won the day, but it was
a Pyrrhic victory as the losses were quite devastating. Attack was definitely blunted! 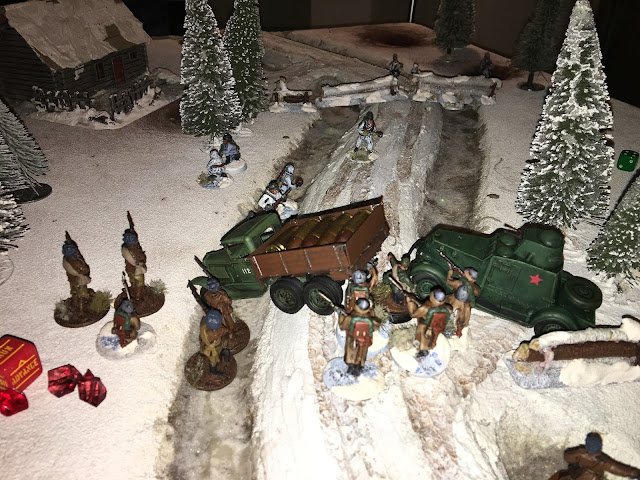 At least one bit of knowledge was corrected: we didn’t actually win the Winter War... even if our outcome of ww2 feels like a victory compared to many other countries having a border with Russia (Soviet Union in 1944). Feeling enormous gratitude for that generation, whom saved us and then rebuilt the country!
Lähettänyt Teemu klo 21.26