Grippingbeast continues to churn out excellent plastic sets for Dark Age settings. Supporting the newish Aetius & Arthur supplement for Saga as well as their Swordpoint rules for larger battles, out comes the Dark Age Cavalry set ! 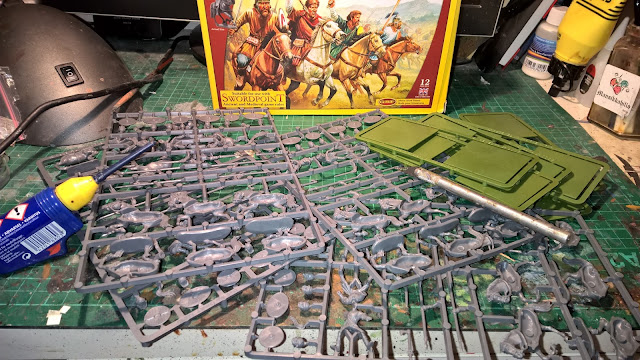 Read on to learn about it's contents and to see some example builds!

The sprues contain bits to build three models each. In order to cover a broad range of different "factions" (Saga-player terms) a sprue contains a nice set of bits including 8 heads, 6 shields and 8 armanents (most with part of an arm attached) and a wolfhead banner. Quality is very good: no flash, level of detail and poses look very dynamic. The obvious thing missing is bits to make them Romans. Also there's no bows & arrows, but I guess that would be a different set. 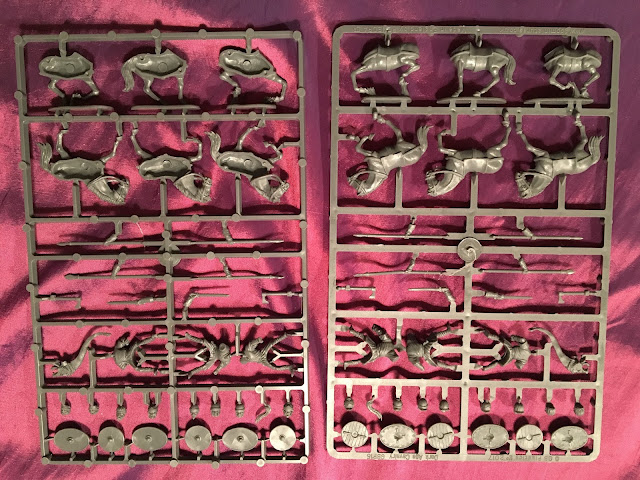 First thing I did with my "loot" from Warfare, was to start building AND converting these chaps! As I'm currently playing Romans in our Saga Limes Campaign, I wanted to first build some Roman cavalry out of them. For that I needed extra bits from the Roman Infantry set

Horses were built first. They are really good, could be the best I've seen in plastic sets. 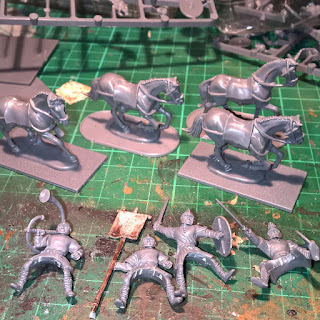 Here's the first batch. Bits from the Late Roman Infantry set
are heads, the banner and the arm with a horn. Later on I also added scabbards
with short swords. I'm also going to add a cloak to the leader from my plastic bits reserves. 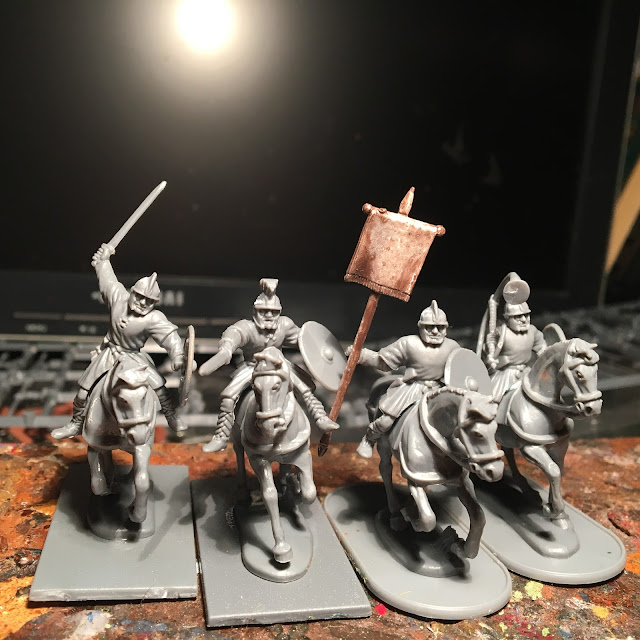 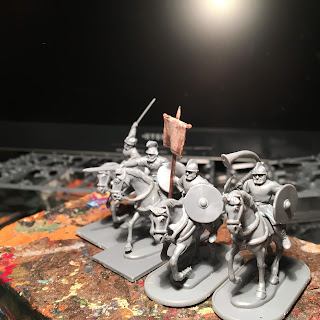 This is one of the best poses, works well with a sword and
with a spear as well. Probably with a javelin too... 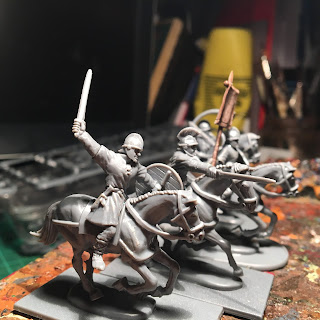 I was so pleased with the first four, that I soon continued into a
second batch. This time it was more about spear thrusting and
once again poses are looking really good. Very dynamic. 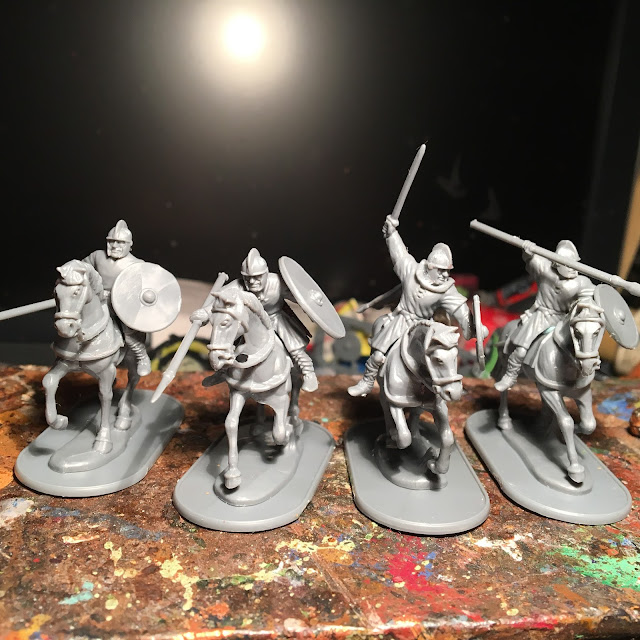 Really like the pose on the left! A cloak is added to the decurion. Cloak and scabbards again from my bits box. 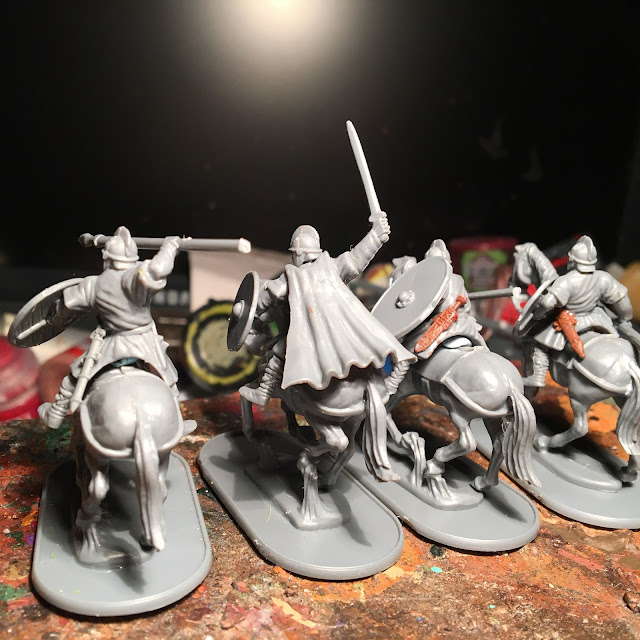 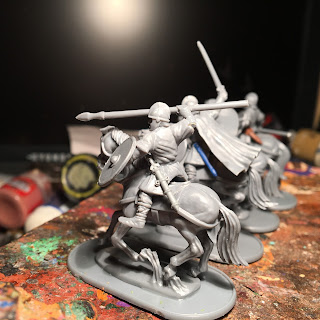 A pic from painted models: 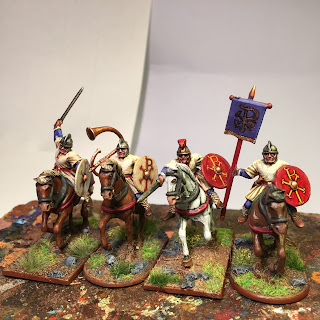 After completing 8 cavalry I digged up my reserve of GB's
Dark Age Warriors (that I actually had forgotten I had, found them
by accident) and built 8 warriors for a future Briton Warband.
Few torsos from some other plastic set were also used.  Their leader is a GB plastic Saxon.
For these chaps I used helmeted heads and some of the shields from the cavalry set. 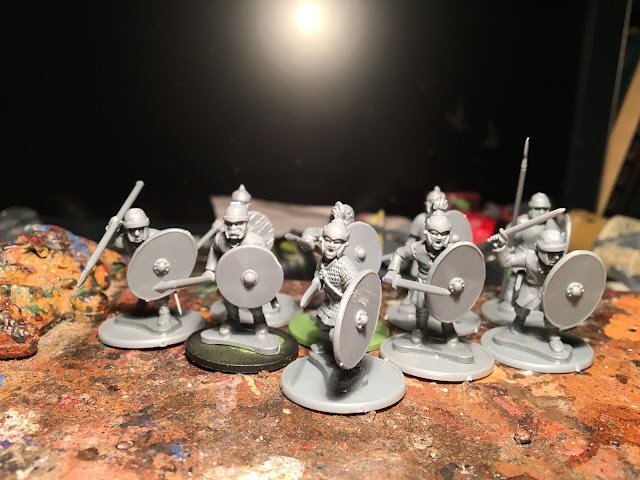 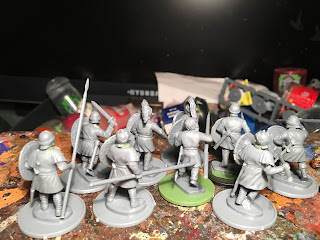 These axes on the belt also came from the cavalry set. 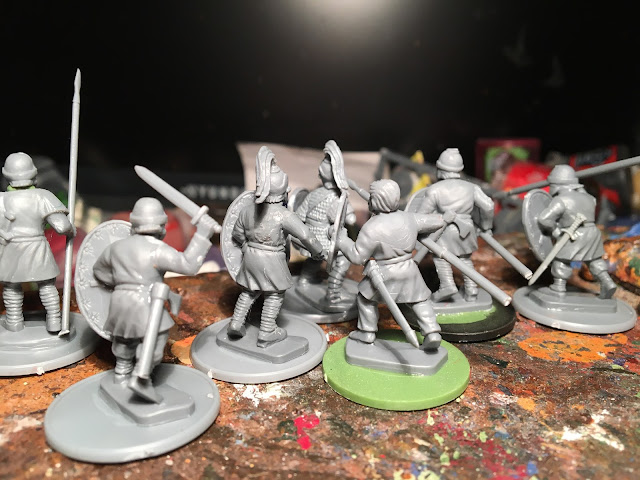 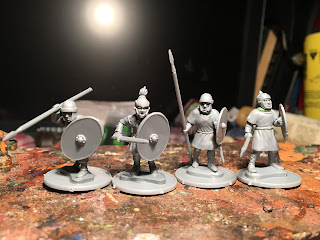 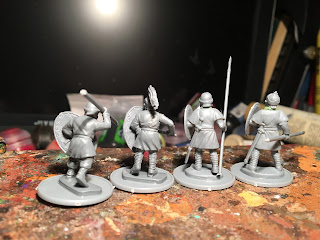 And a Pict cavalry prototype - kitbashed as well: 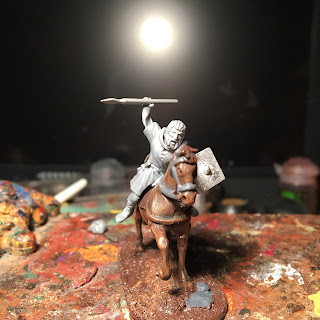 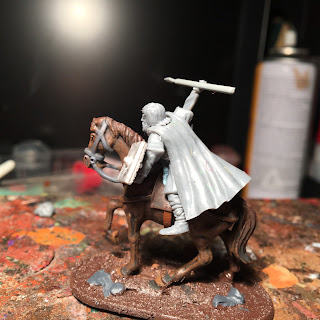 I really like kitbashing plastics. GB's range of plastics for Dark Ages (and Saracen for Middle East) really gives a great platform for this. I can highly recommend their plastic sets for all gamers and painters interested in these eras.

See some of the Roman Cavalry painted (a bit WIP) and already in action here.
Lähettänyt Teemu klo 9.09