Allied push in the Pasific 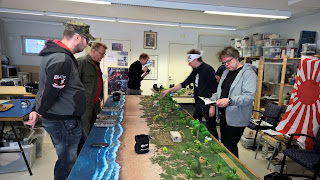 Morning started with a briefing from Juha, whom had organized the event

In the beach sector: 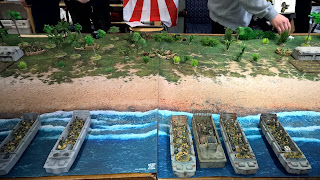 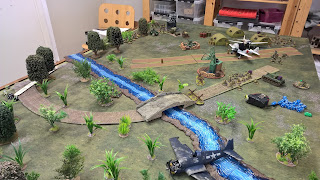 In the village / mountains 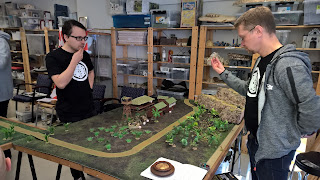 Matti was defending the airfield. My Papuans and a sniper were forward deployed.

Battle is about to start... I'm the guy in the Japanese uniform and yes I'm playing with the allies!

My forces moved in from the left flank and my Recce took out first of the planes
right away! 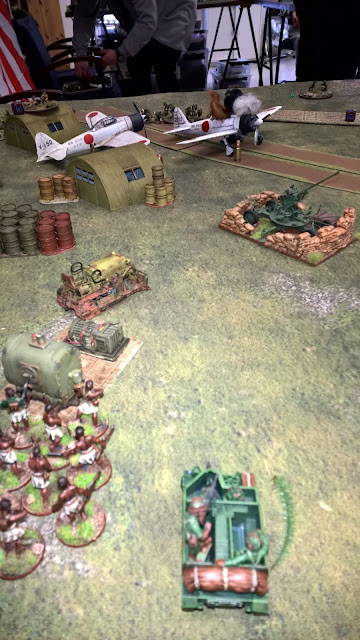 This side of the battle field remained quite silent 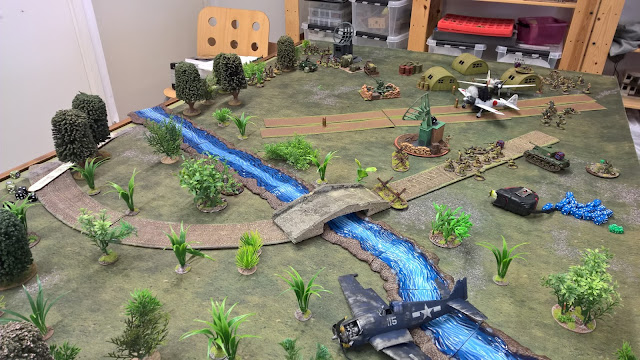 Jap air strike!
Failed to take out my Recce!

Erm... covered by the brave Papuans

Positions after my first round, my tank is there behind the river 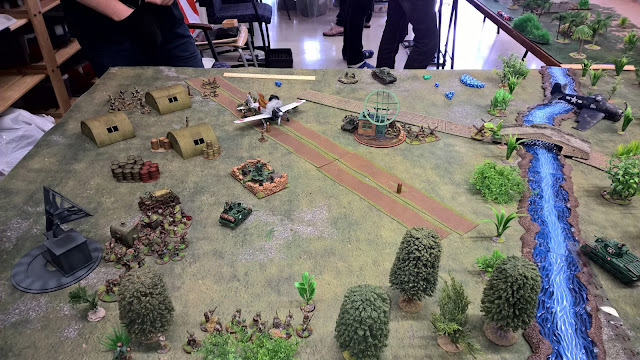 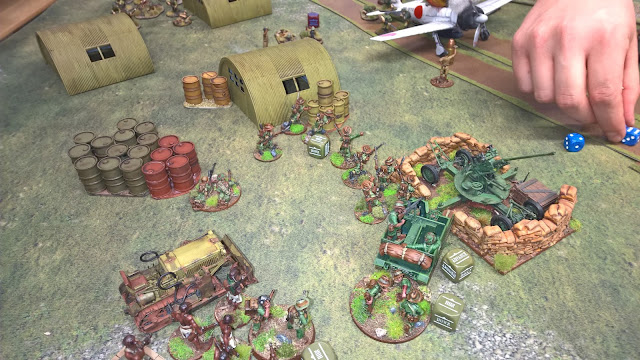 While Japanese forces take positions on the perimeter of the airstrip, armour moving in...

Jap parachuters are hoping to catch a flight... not with this bird chaps!

Chindits move in from their outflank but the other Zero has managed to take off! (Round 3.) 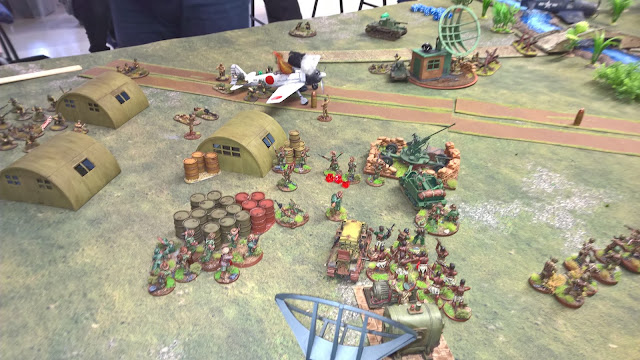 Gurkhas do what is expected of them, but the Jap vets sell their lives dearly! 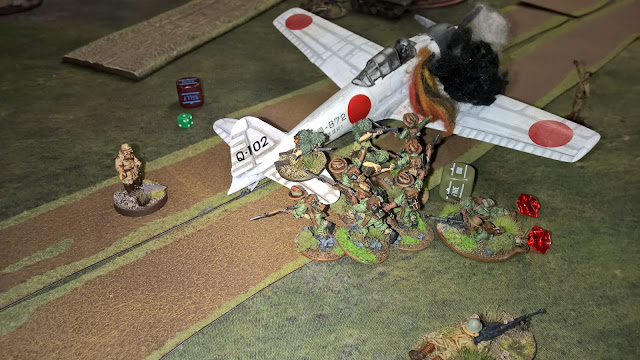 Beginning of the end

Gurkhas are being shot from all sides... they were real bullet magnets (I'm not surprised) 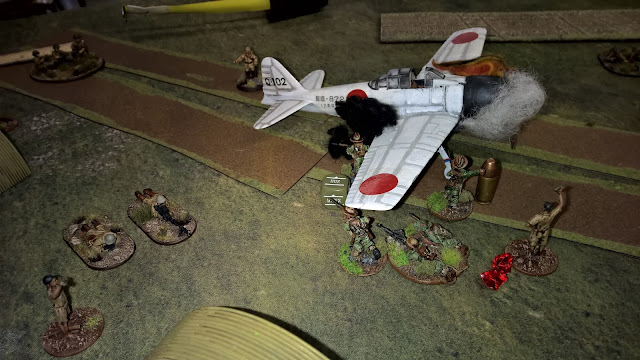 Chindits are taken out with a charge from Jap vets 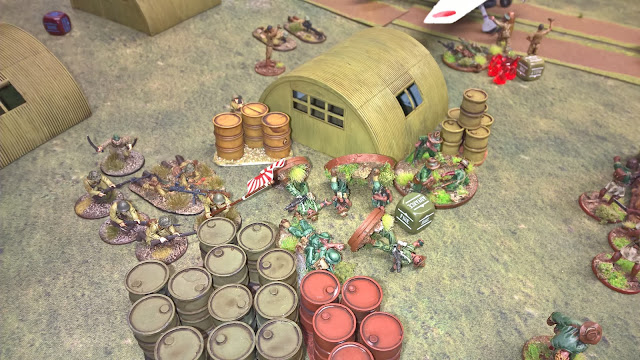 After several rounds of tank duelling the Jap Chinu took out my Stuart... in my desperation I thought I had nothing against the enemy armor now... then brave Sikhs proved me wrong by taking the Jap Tankette out in melee! 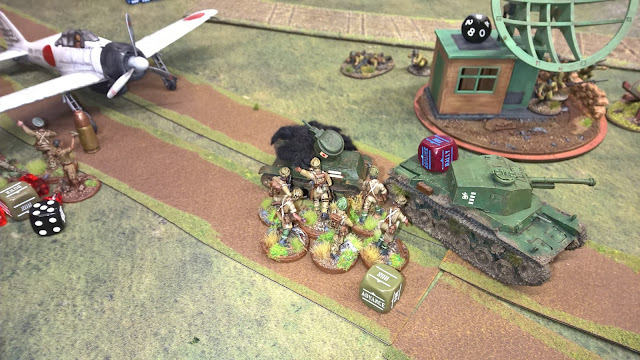 Counter charge finished them off... Gurkhas had by now taken 10 pins and were hence removed from play... I had practically nothing left, just some HQ units

Allied forces were pretty badly beaten on all fronts... 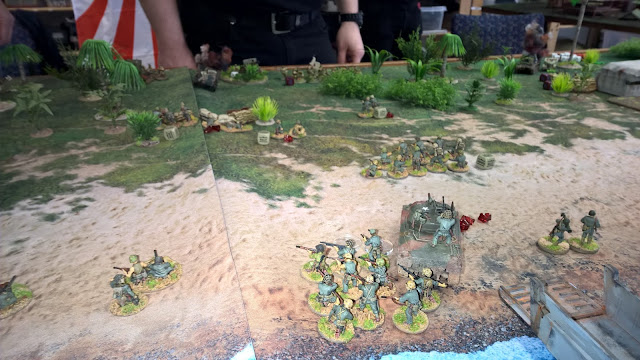 Today the victory belonged to the Imperial Japanese Army!

Some minis I had finished for the game 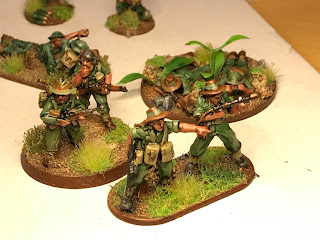 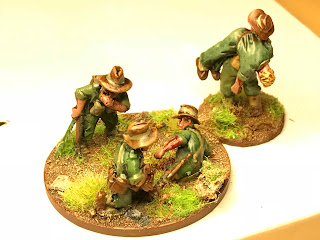 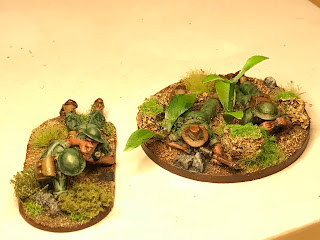 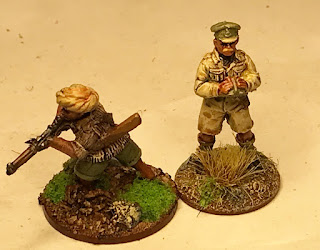