Battle of Oravais - Part 1.- blast from the past

Two brave volunteers joined in to give the 2nd edition a go.
See the pictures of the game in this blog post. 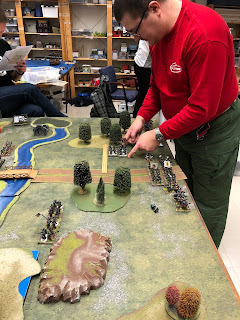 This is another un-finished battle report, that I'm now putting out, because why not.


As starting positions Russian vanguard forces were moving in to the battlefield from the south with the sea to their left and a river to their front. Finnish rear guard was defending the lone bridge over the river, while the Finnish main forces where further back, near the village of Oravais. 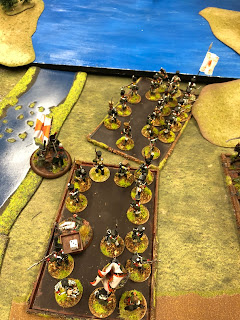 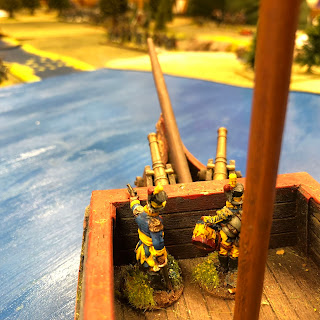 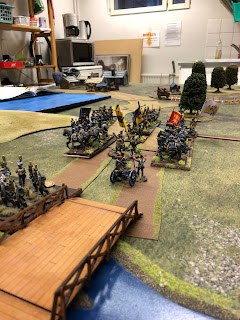 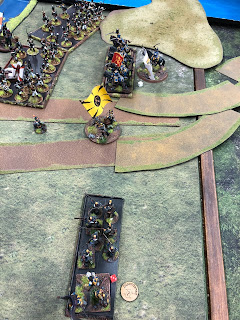 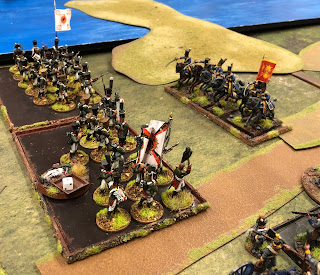 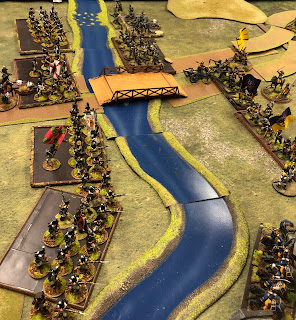 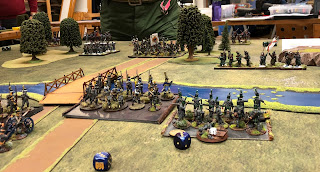 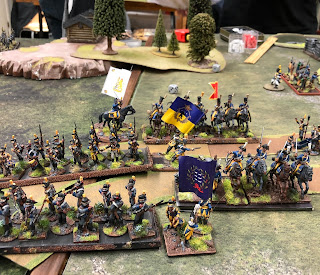 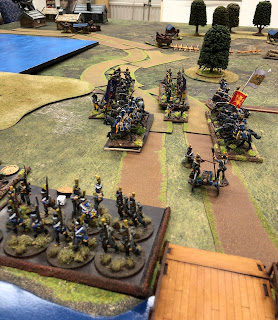 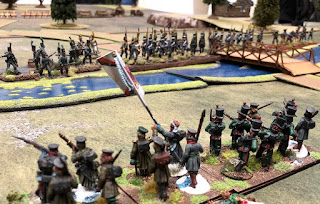 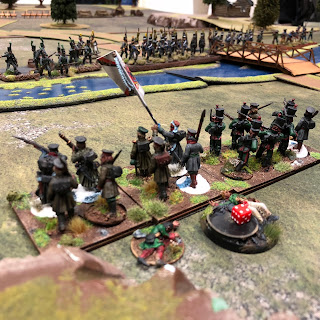 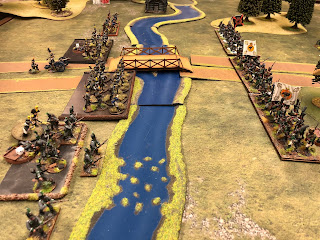 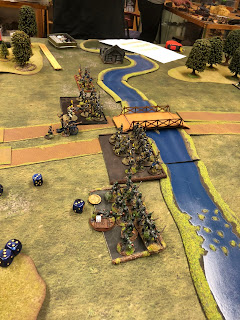 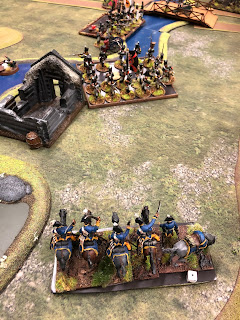 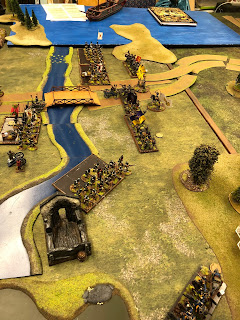 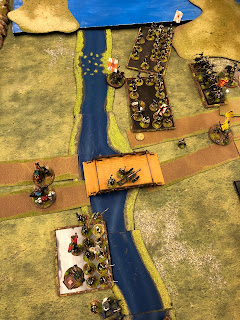 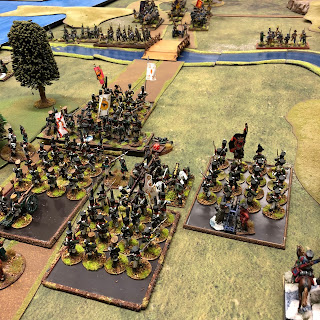