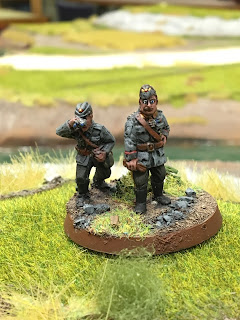 Got to have a first go with BA 2. with my friend Kalle. I was playing my battle hardened Finns against Kalle's Russians, so this was a pretty historical set up - Continuation war 1941-1944.


I had my pretty regular list. I had dropped my medic and added a panzerschreck team for some extra punch against Russian armor. 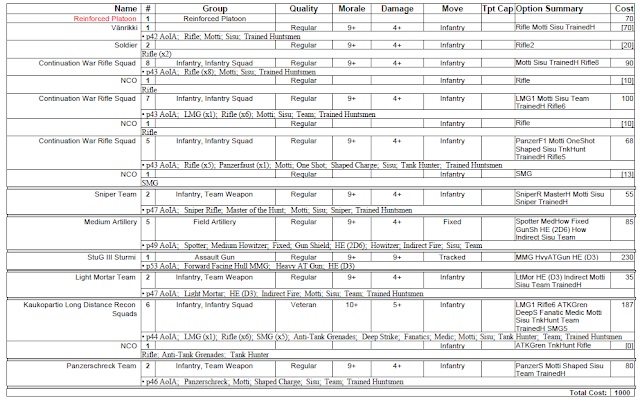 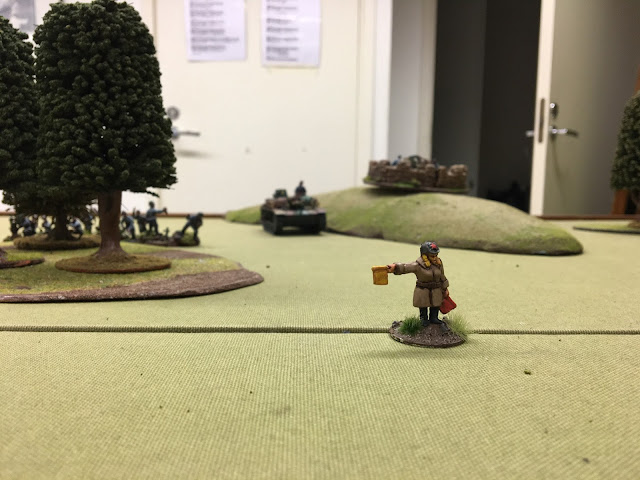 I won the roll of for choosing table half and chose the side with good cover to advance and a the forest to act as a fire base.
Something like first 6 dice that came out of the bag were for the soviets, so I had the opportunity to see where the enemy deployed. I even got first shots of my Sturmi. 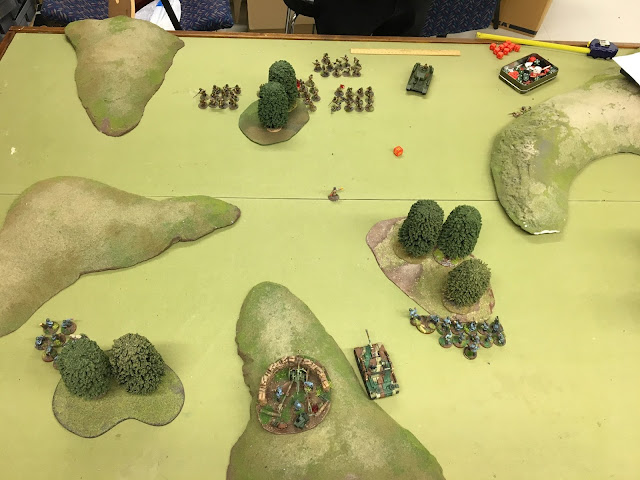 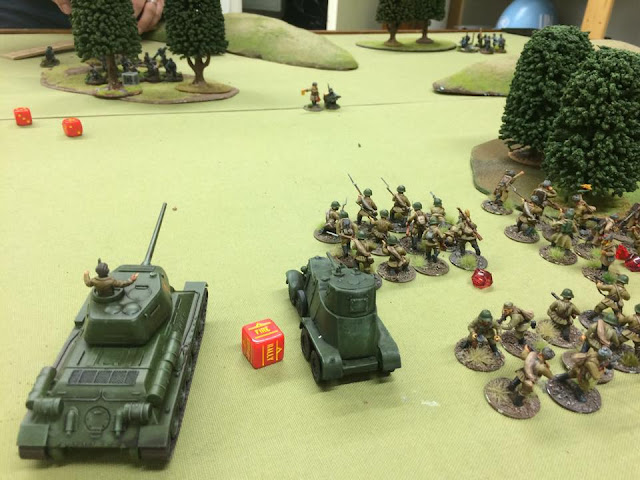 As planned, I moved my Sturmi and troops into the cover of the forest and established a strong firebase there (Strumi, infantry squad, light mortar, panzerschreck and my officer - the famous Vänrikki (ensign) Mannerheim). My both infantry units moved to ambush. 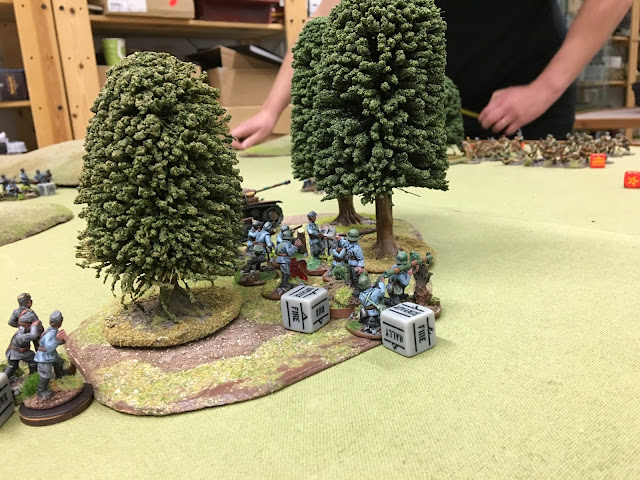 First serious blow to my forces was, that Russians got 2 consecutive shootings with their T34 at my howitzer, which I had somewhat too boldly (read: stupidly) places on top of the hill. That howitzer with it's template would have done terrible damage on the exposed Russian infantry...

Russians dashed forward, first unit (behind the first in the pic below) was met a deathly hail of lead from ambushing infantry - 6 casualties! Unfortunately they managed to stay in the fight with the great patriotic reroll! Then the second unit dashed forward and grabbed the objective, but they were no standing in front of my lines... 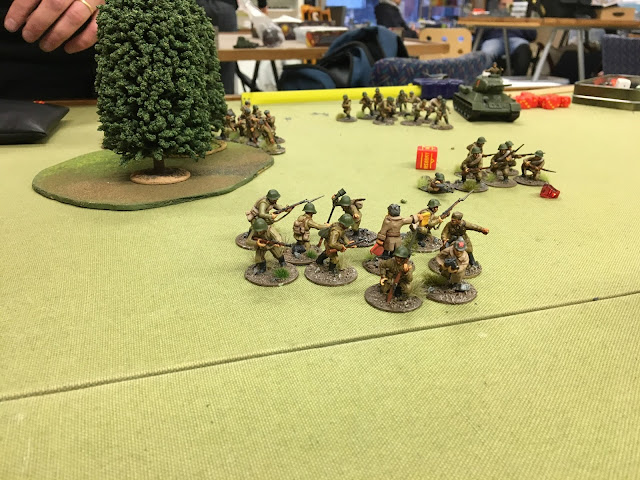 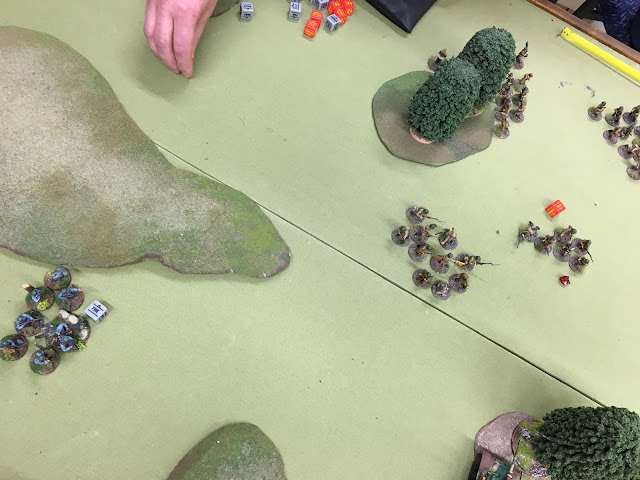 On the third round my reconnaissance squad (kaukopartio) arrived to the rear of the enemy. They took positions behind the burning T34 and opened up on the Russian specialist unit (all armed with SMG's) after the salvo only 3 men were left standing. 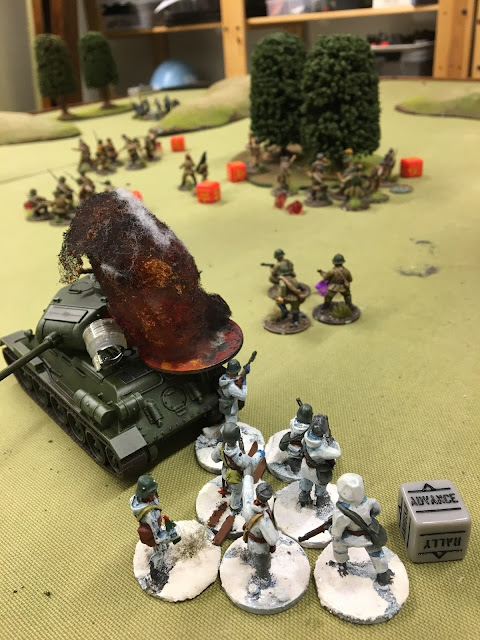 Rapid revenge came from the Russian armored car, that blazed away with 10 shots
from it's two machine guns (that have gotten a decent boost in BA 2.0) 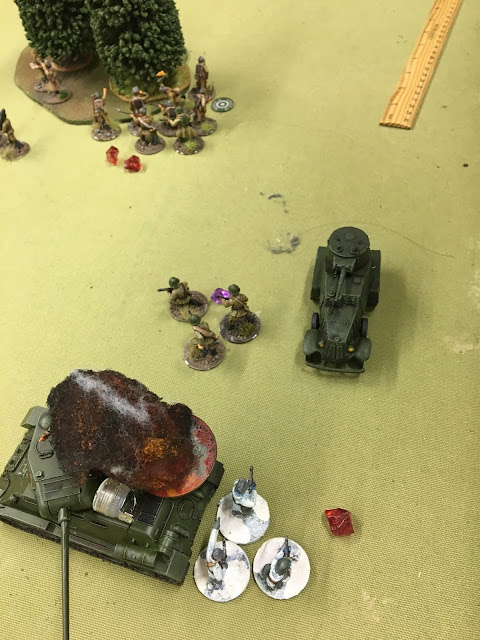 Remember the unit, that grabbed the objective in front of my lines? Few more activations (my officer and Sturmi activated by him) and they were no more (the great patriotic reroll didn't help this time) 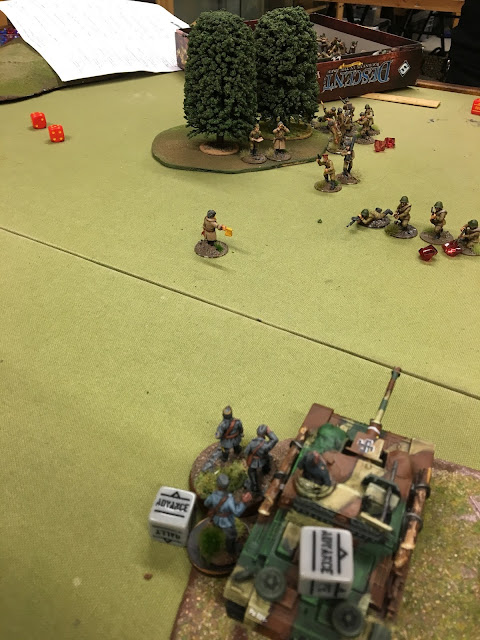 The Russians didn't seem to learn and the comissar urged the green recruits forward to the objective...
but soon the lone Russian sniper was observing the battle field, now almost empty of comrades. 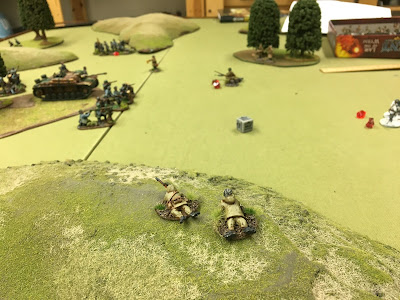 Russian situation looked desperate as we moved on to 5th round... 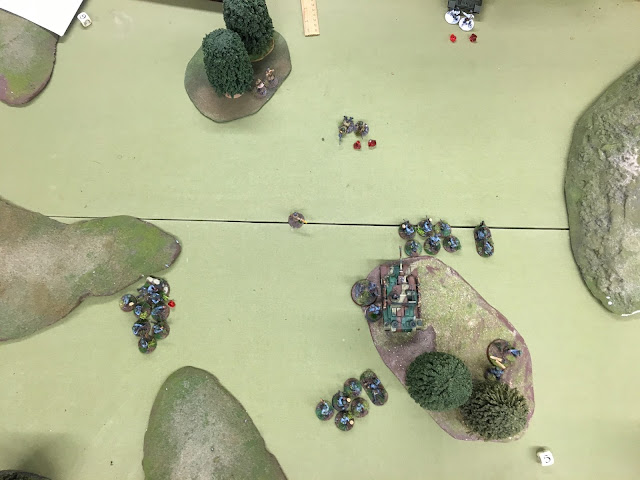 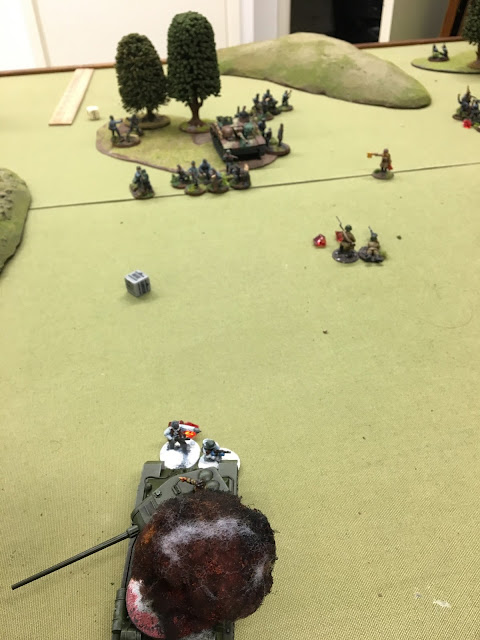 And my infantry took the objetive 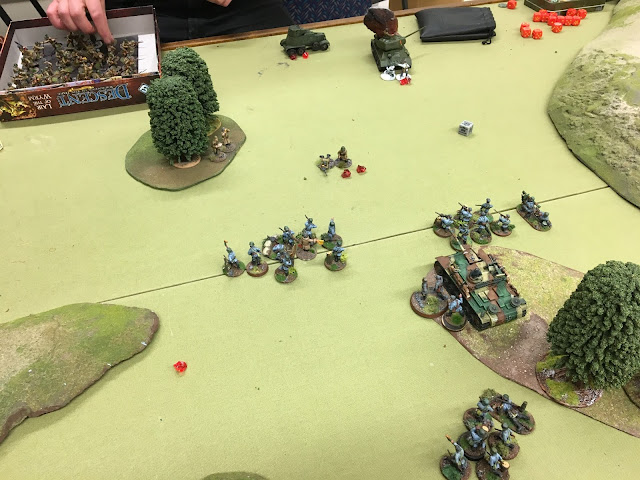 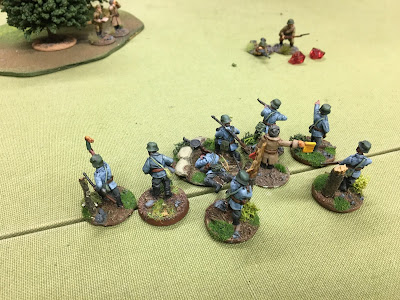 In the face of these overwhelming odds, the few remaining Russians surrendered
(and shot their Comissar) 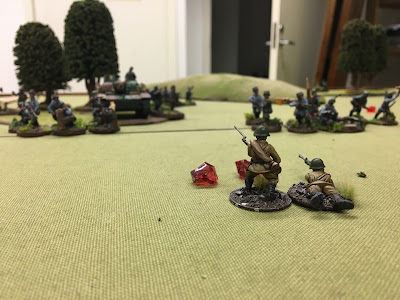 Once again small but sisukas Finland had prevailed!

Unit of the match: 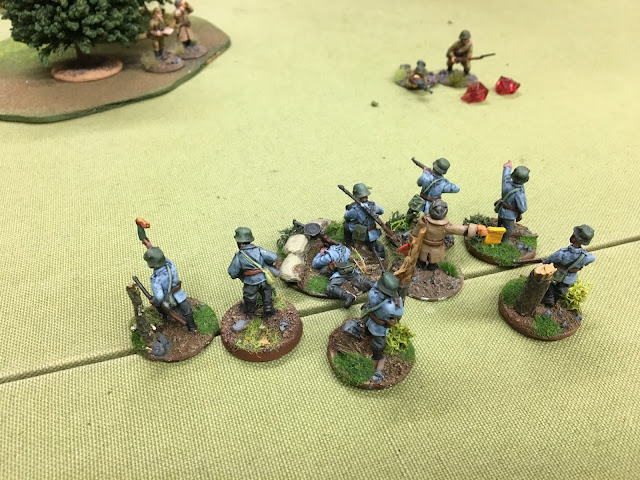 Many of my units did well: light mortar hit 2 times(!), Sturmi wrecked havoc, Kaukipartio took out the best Russian unit... but the unit of the match must be:

my infantry unit of 8 man, including a LMG, because