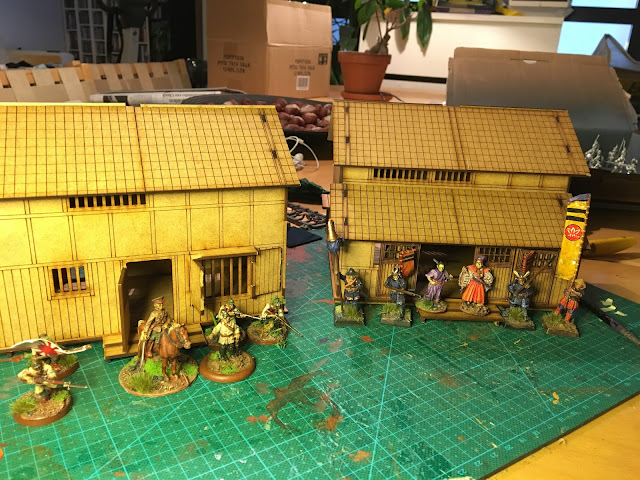 As I'm planning to try out Kings of War Historical with my Samurai era -army and preparing an airfield raid -scenario for Bolt Action, I was fired up to build my Sarissa Precision Japanese buildings, that I've had for a year or so (probably two).
These sets are quite excellent, even if I originally had some doubts on MDF-buildings. 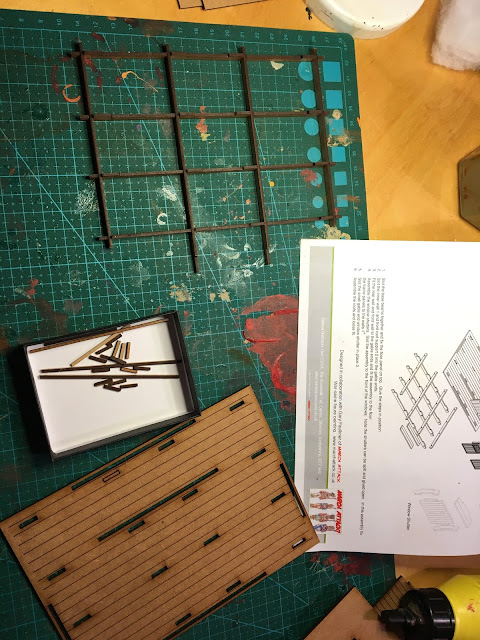 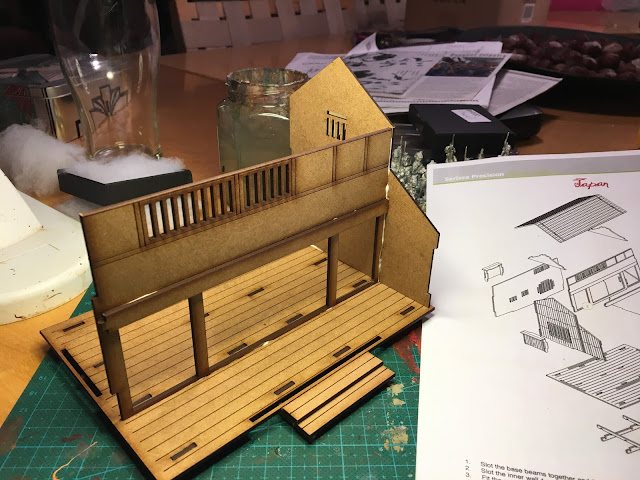 I was a bit worried would the setting of the final wall prove challenging as others were already in place, but this was not to be. 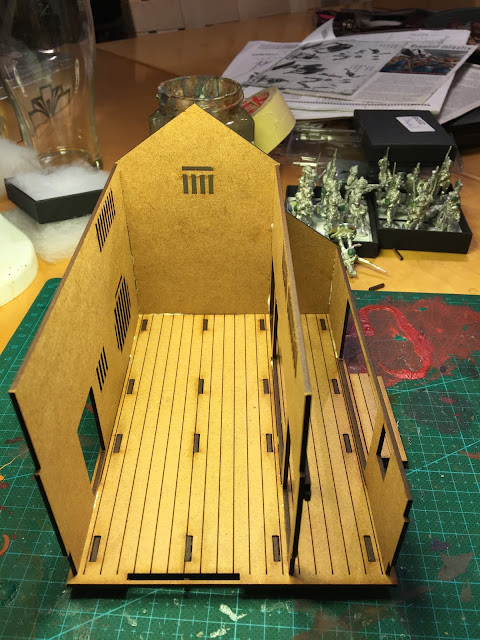 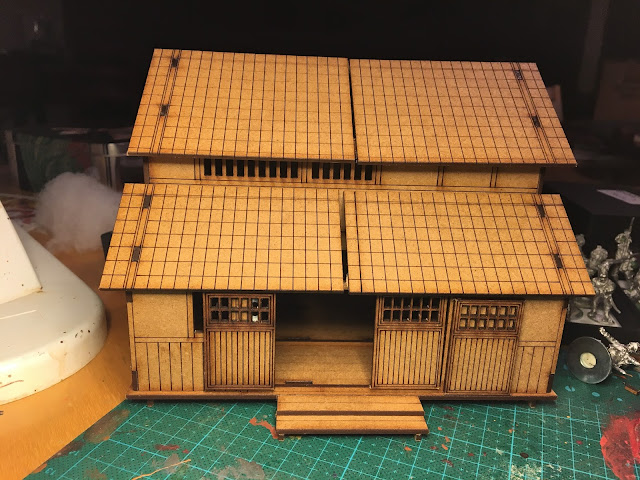 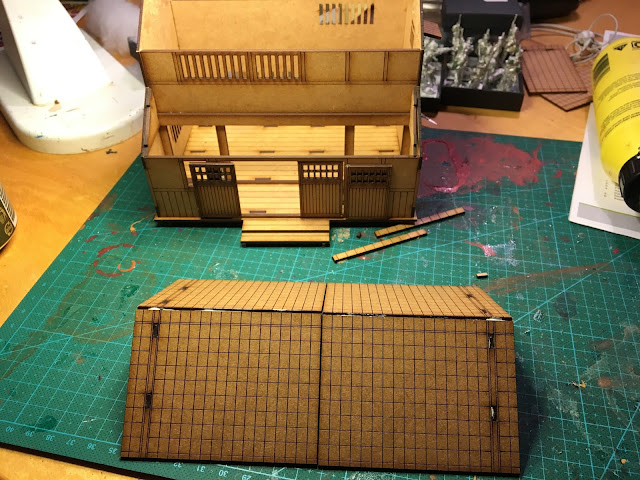 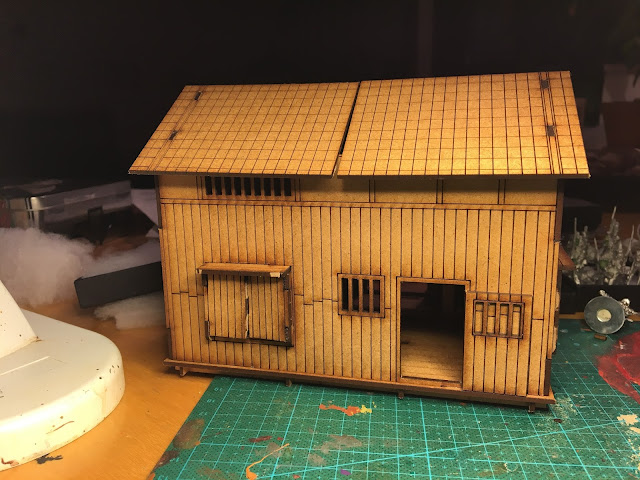 Roof glued together and extra beams glued for support 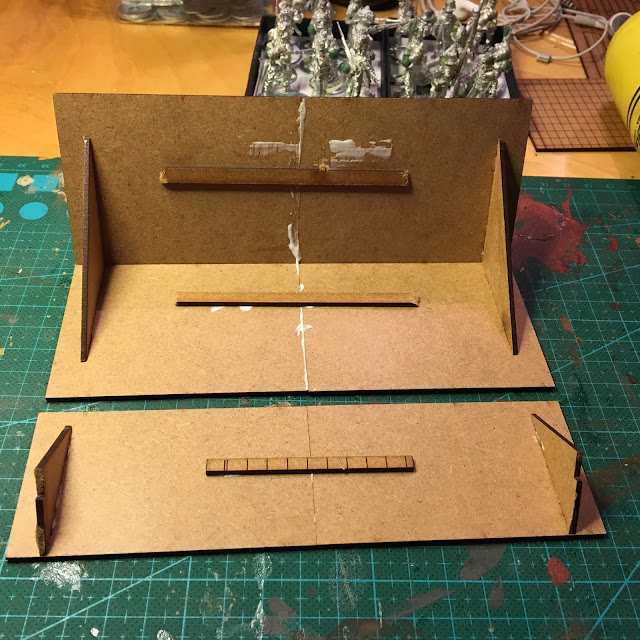 My Second set (OK, I've done the Shrine and Tori-gate earlier) was the Large House. as it was quite close to the Shop -set, building it was even faster. 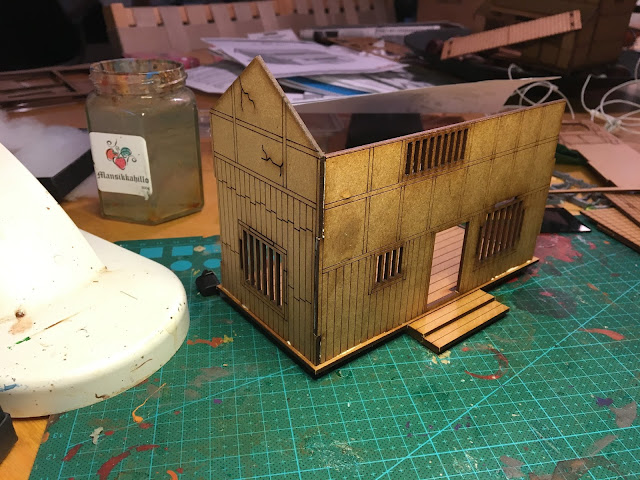 As the building is clearly 2 store high, I added some 2nd floor elements from the left over frames. 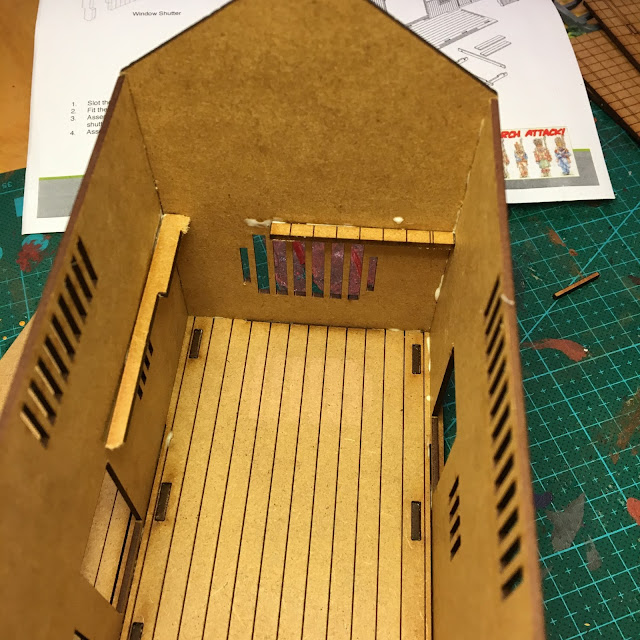 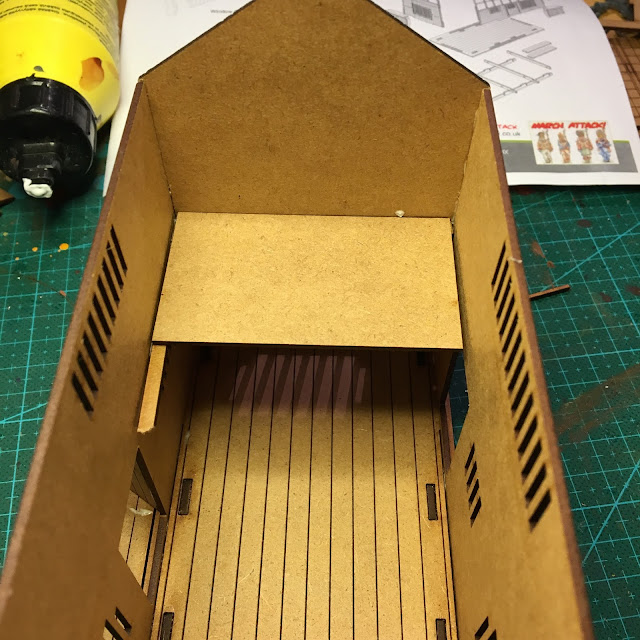 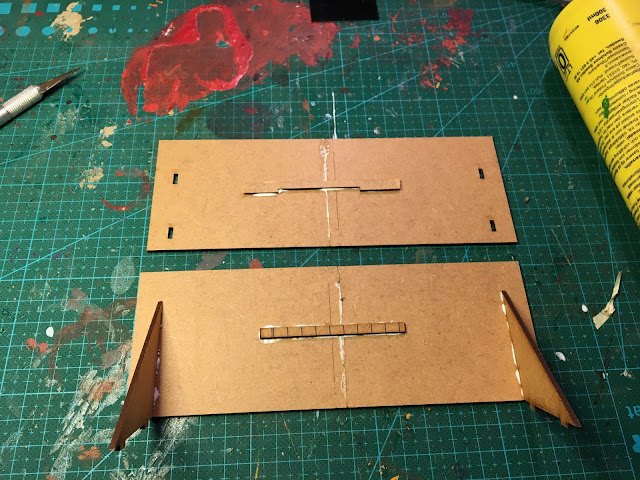 I had glued the roofs together, but they called for the top beam,
which I added, using left overs again. 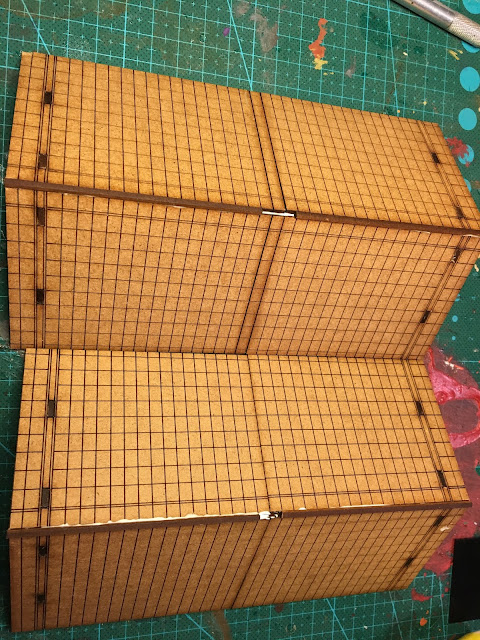 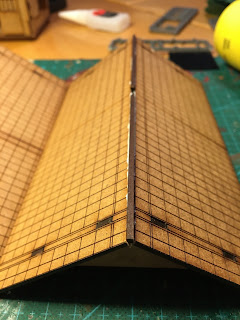 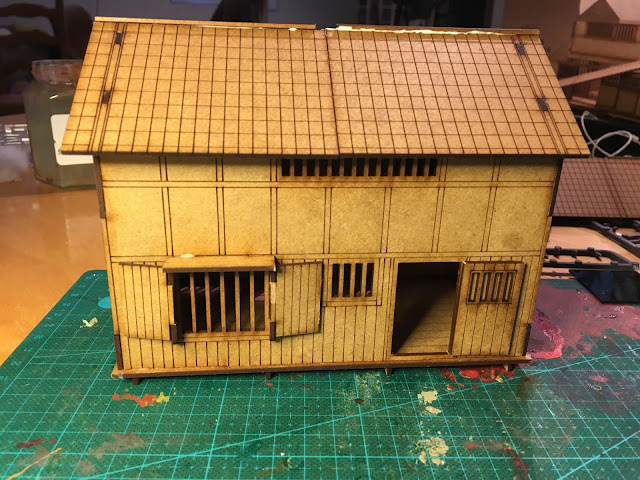 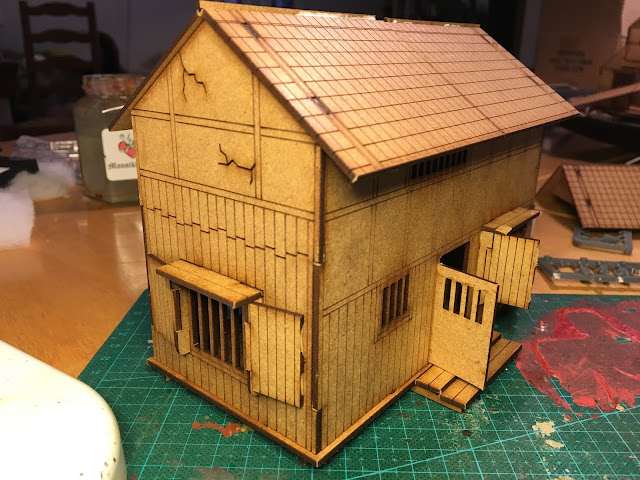 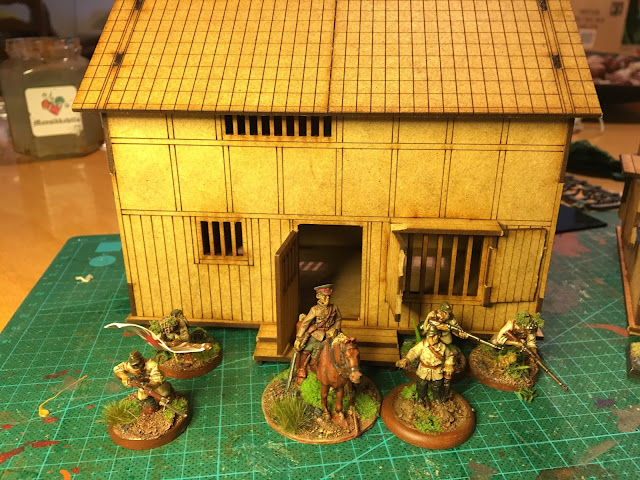 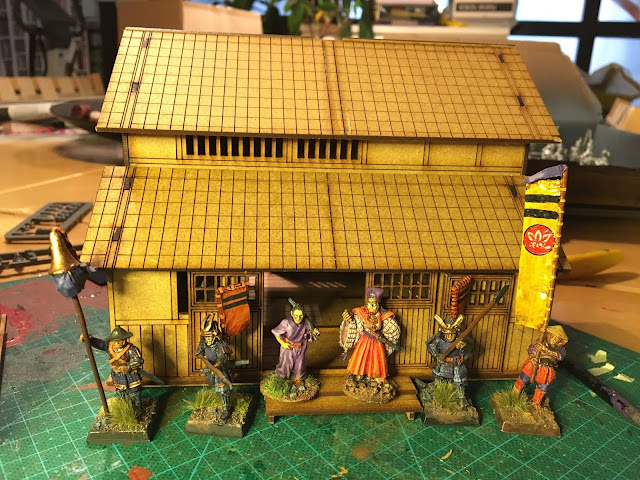