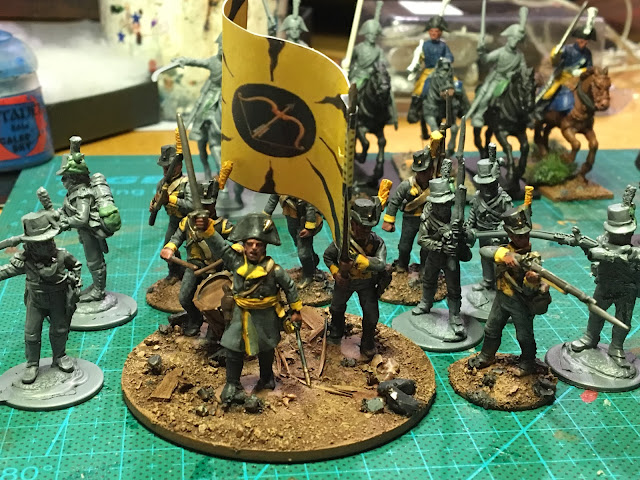 I've Been busy building My Finnish troops for 1808-1809.
I've used both metal and plastic miniatures.
Read more on how and what. 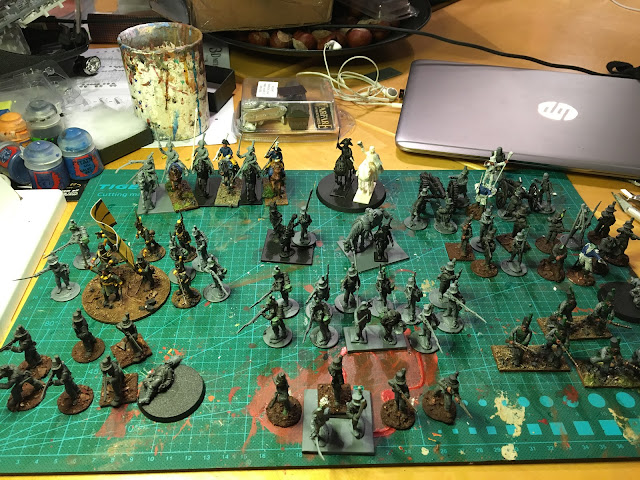 Cannons & crews. Most models are Perry British (Egypt), 2 kneeling fellows are fleemarket finds
from Hamburger Tactica and the guy on white is a conversion of Victrix French artillery and a Perru Audtrian Landwehr head (still waiting for the Brigade Miniatures heads) 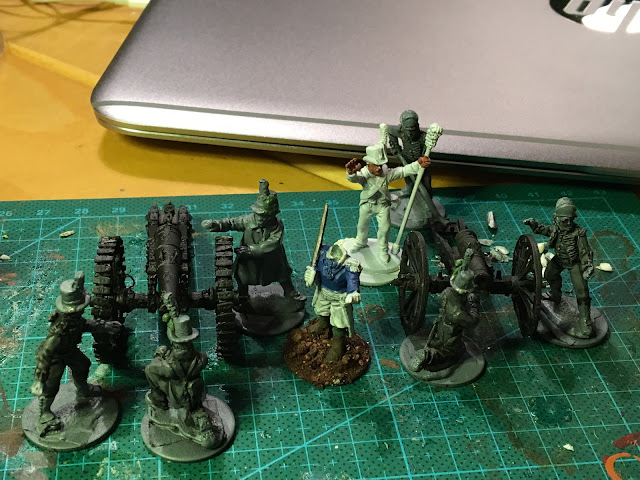 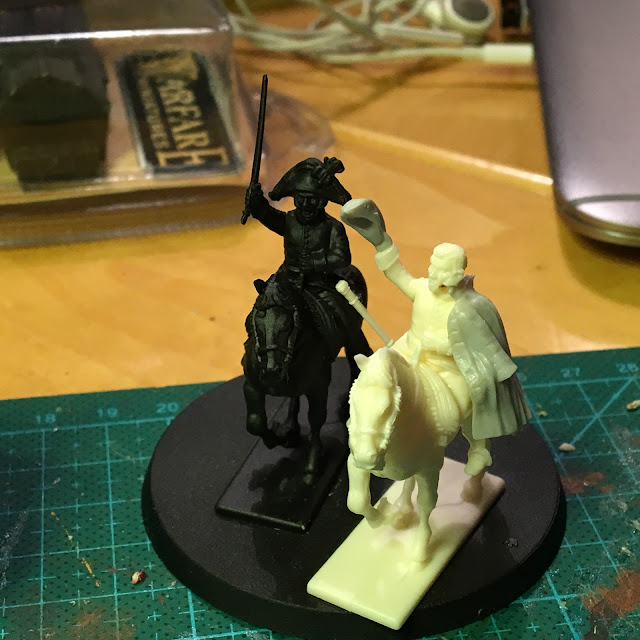 Converting (green stuff and cutting off the fur)Perry British light cavalry horses into dragoon horses; both Russian Hussars and Swedish Dragoons had the arrow-head style "blankets" on their horses. Metal horse from WLG as a model. 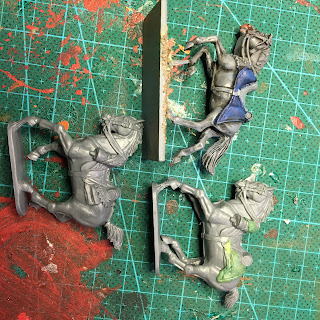 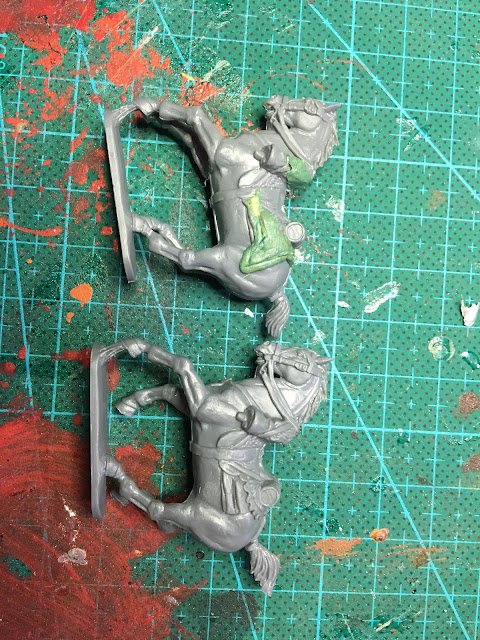 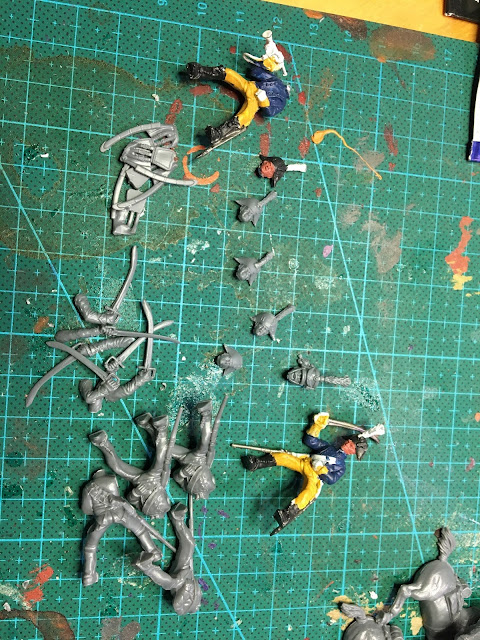 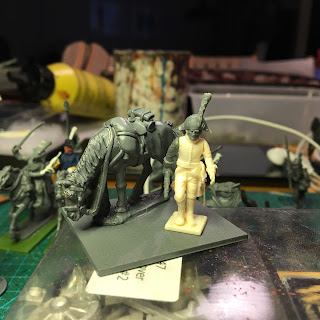 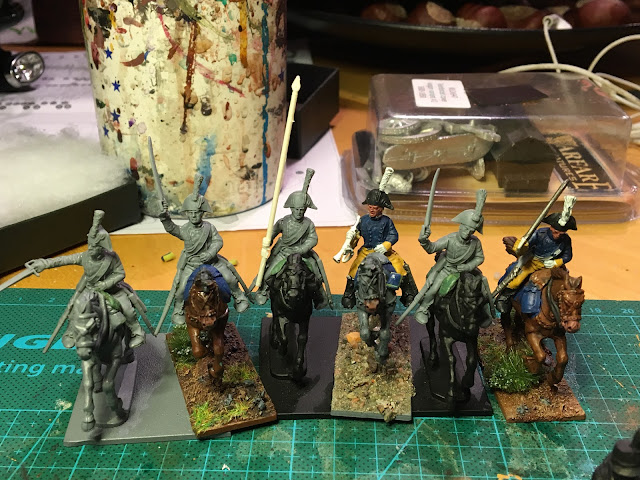 One needs to fine tune the hat and add a cooking pot or drinking water container: 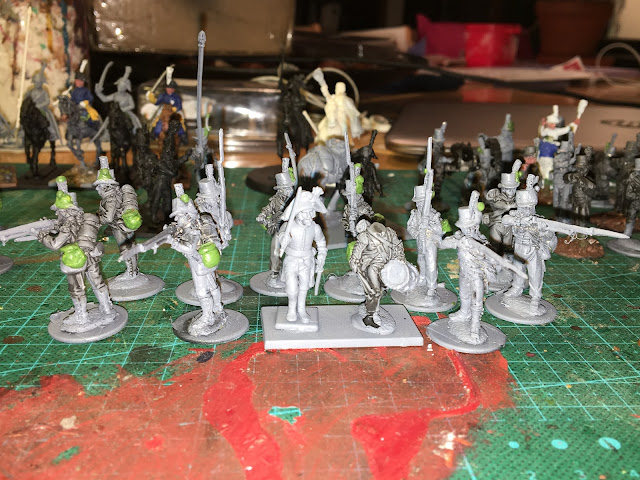 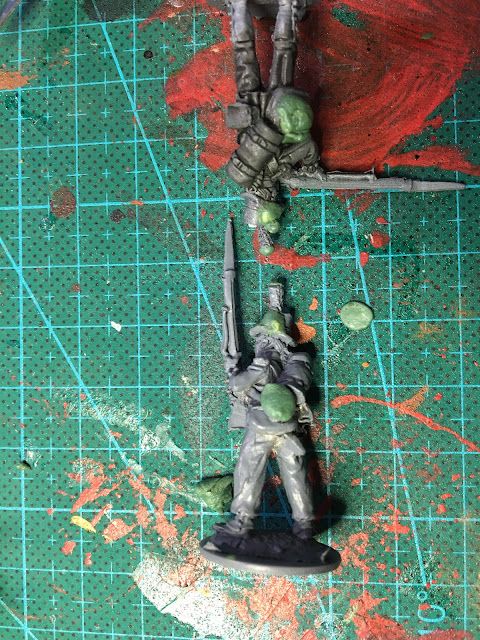