I was expecting a two part delivery from Northstar today. It arrived. I was totally blown away when I opened the other (the bigger one) and found an insane amount of Kickstarter Goods on the Mythic Battle Pantheon! 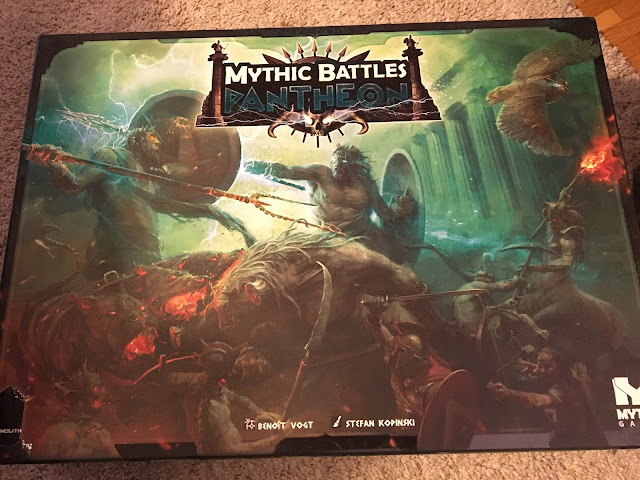 Read on to learn, what insane means in this particular case! 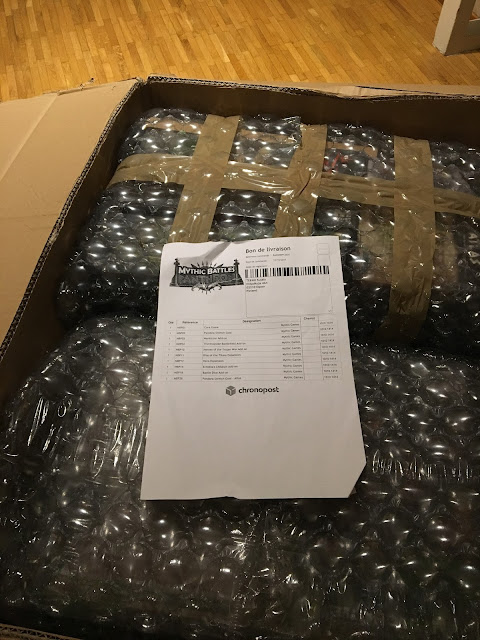 It's contents
(and I didn't take all the extensions, not even close) 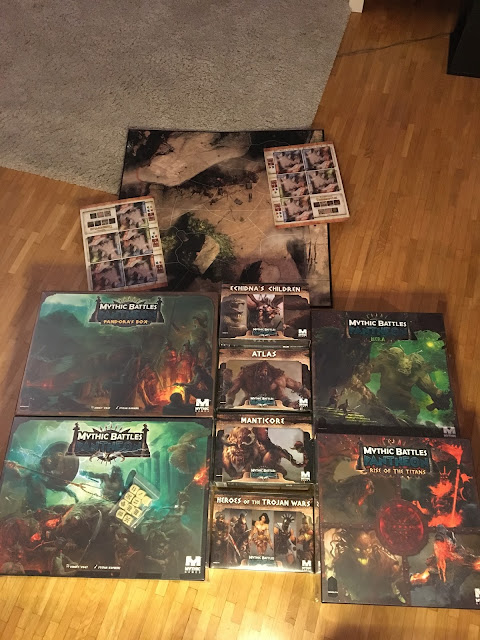 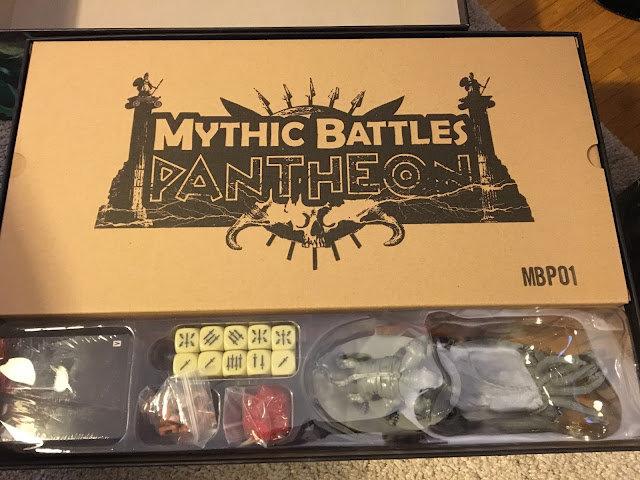 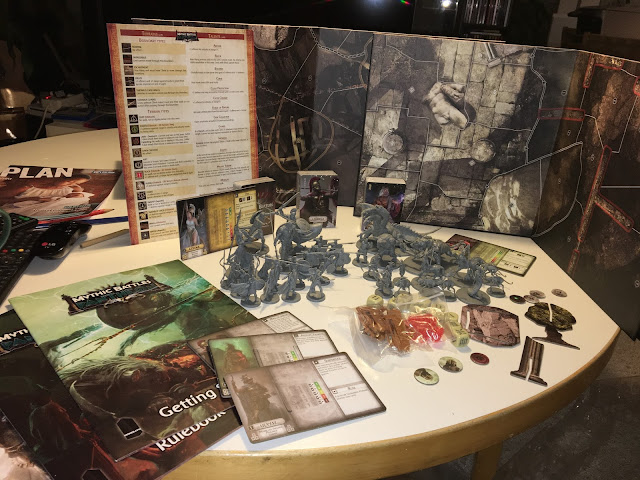 Gods and the good guys 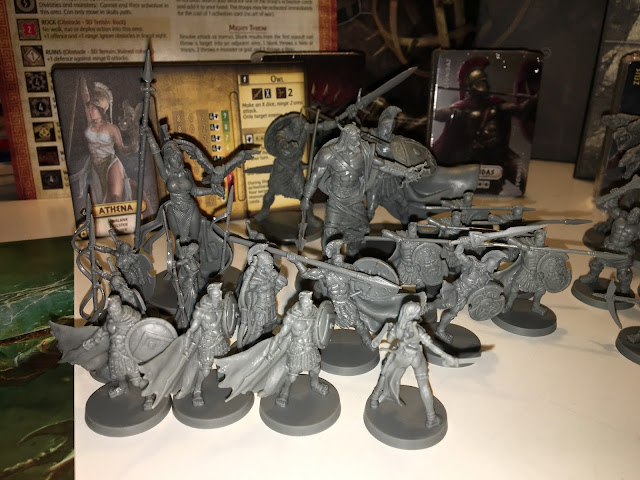 Bad guys & Monsters
(oops Heracles is there as well) 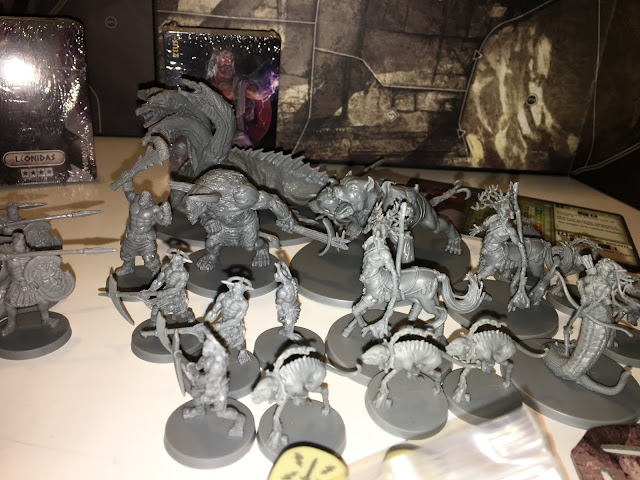 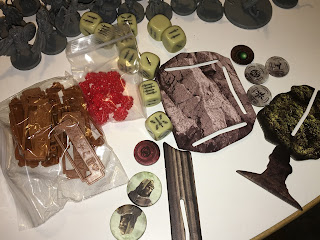 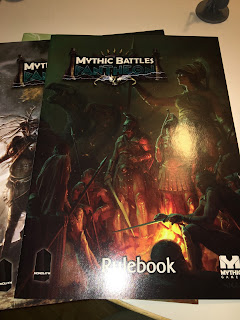 Rest of the stuff in the main set 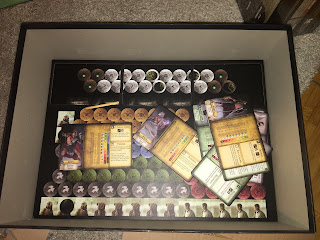 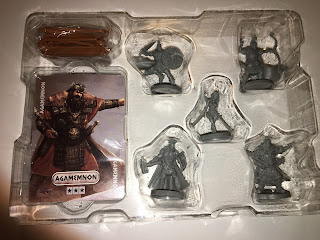 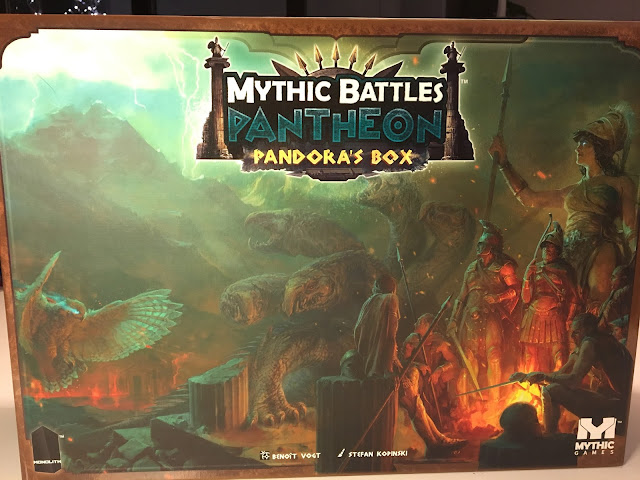 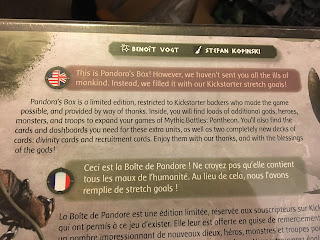 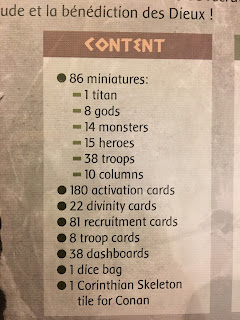 So many and soooo beautiful! 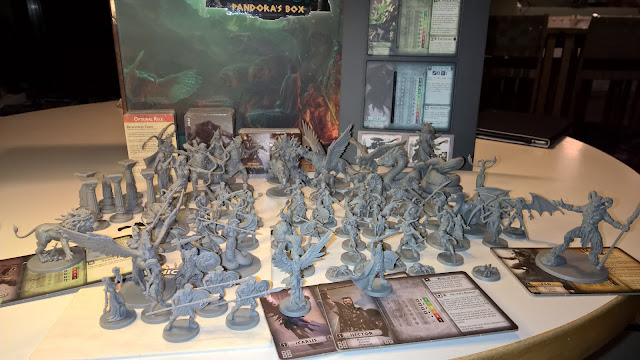 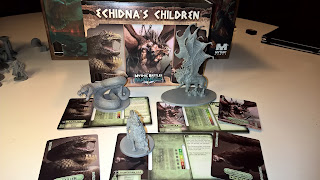 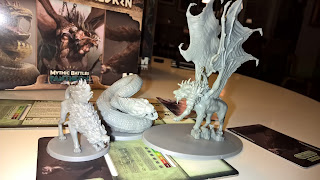 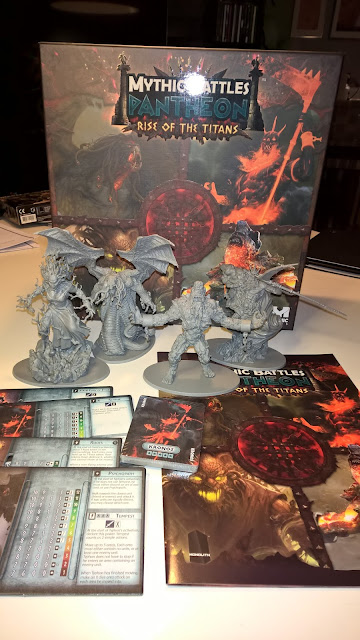 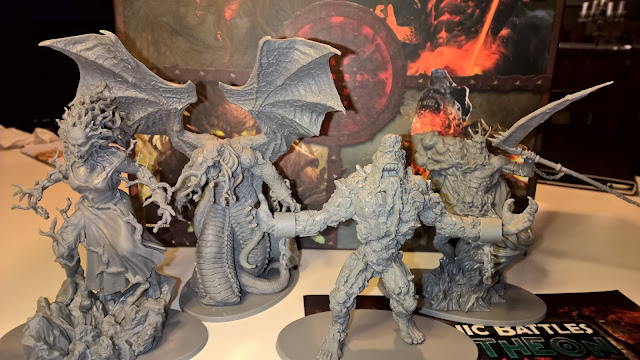 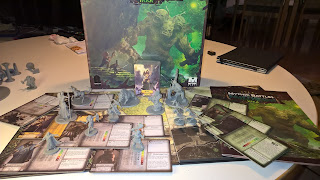 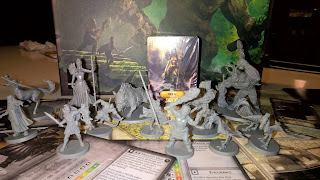 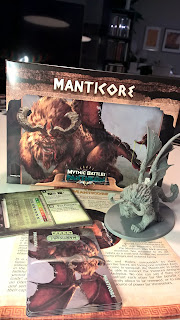 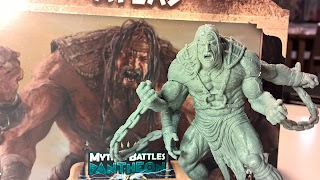 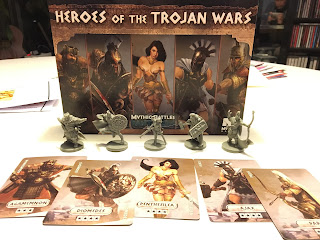 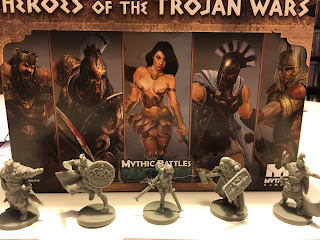 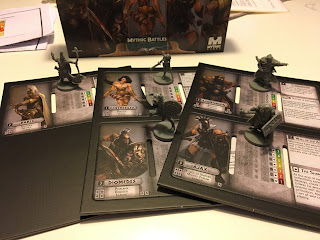 Sample of a Character card: Athena 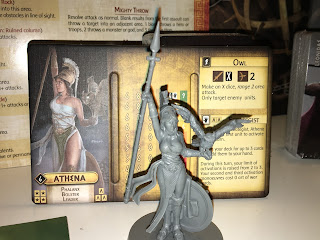 For some reason, there are no counterparts for
the plastic stat clips 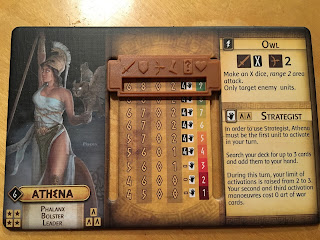