Saga Age of Magic & Mortal Gods in a one go

After spending 8 days in Crete and visiting also ancient palace of Knossos I was so immersed
with ancient Greek mythodology, that I had to game it out!
(painting models for the era the last week and in Crete also had an impact) 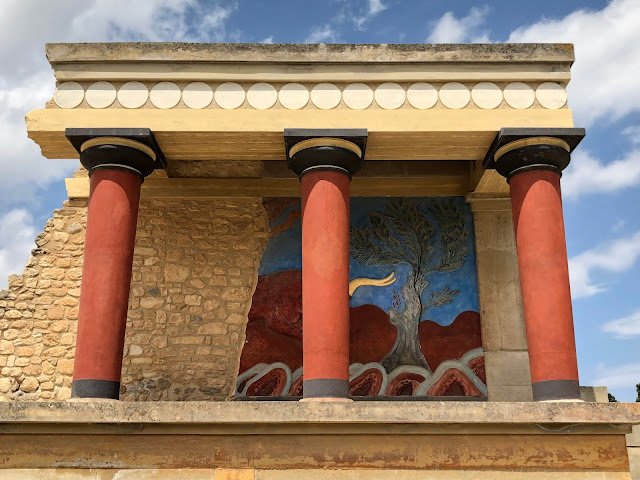 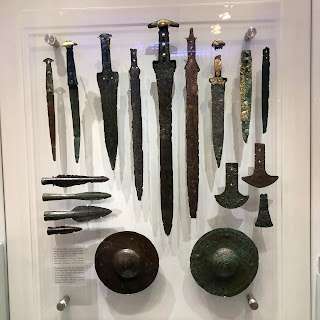 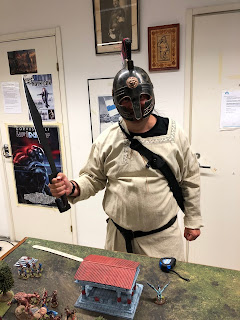 WIP (almost finished) from the Mythic Battles Pantheon game,
now to perform as a Great Kingdoms warband in Saga AoM 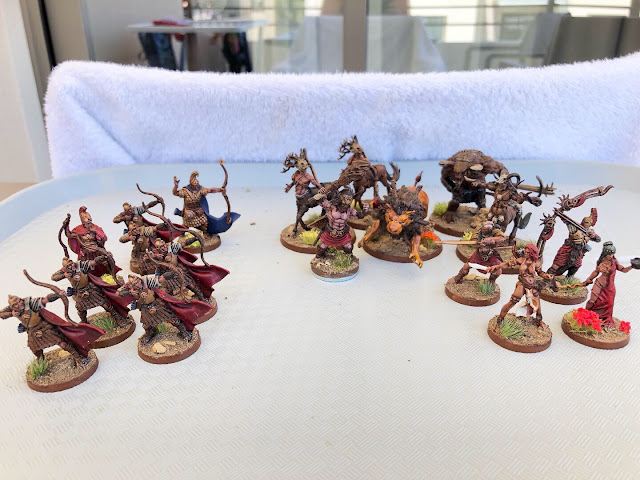 These centaurs shall act as creatures in Saga AoM 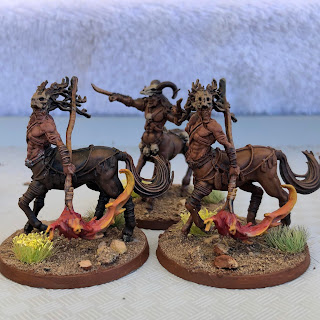 My sorcerer dressed in red (she is hot!) 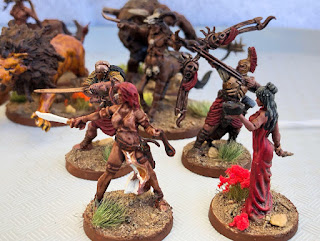 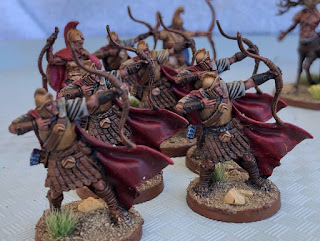 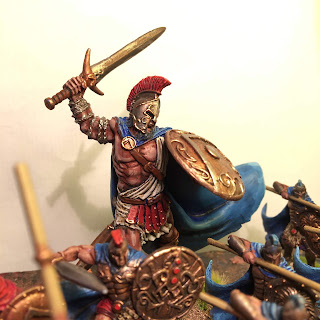 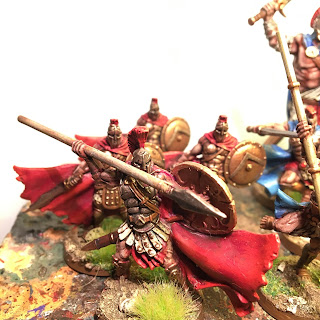 Matti's horde deployed in two pincers and made a classic refused flank deployment - expecting (and planning) to play defensively. My paladin with his pegasus was in the middle ready to go monster hunting... I got to start the game 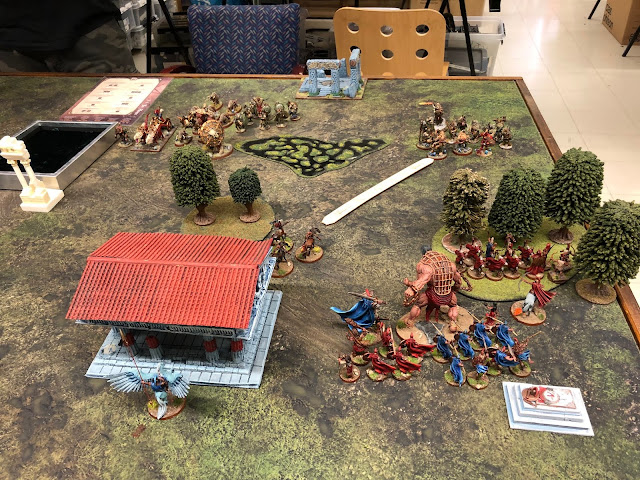 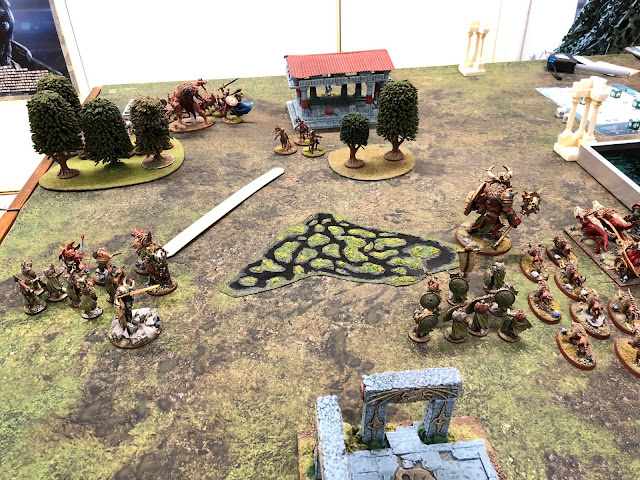 First blood! My levy archers and sorceress peppered the enemy left flank with arrows and magic bolts and some casualties were caused. Beside them my Behemoth (Atlas), Warlord (Ares) and Creatures (Centaurs) lined up to face the assault of the enemy... 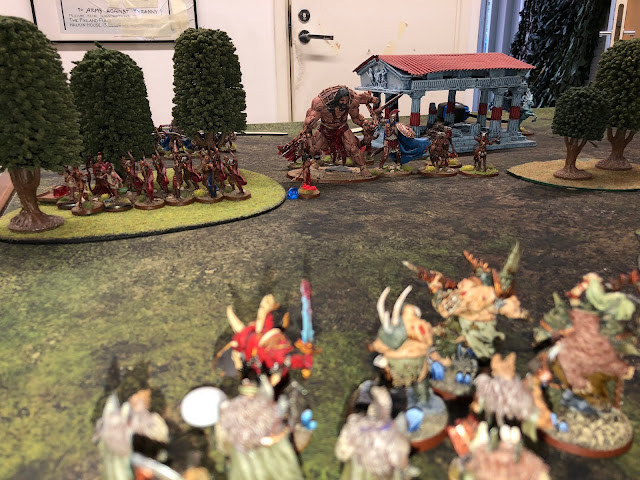 But to my surprise Matti retreated his hearth guard and creatures on his left flank, while he advanced on the right with his chariot and Titan, supported by his beast mounted warriors (chaos hounds). This made me to shift some of my resources to the left, to counter this advanced. Rapidly my centaurs charged the chariot and destroyed it. My Paladin on his pegasus readied his spear and bravely charged the huge enemy minotaur (Titan). 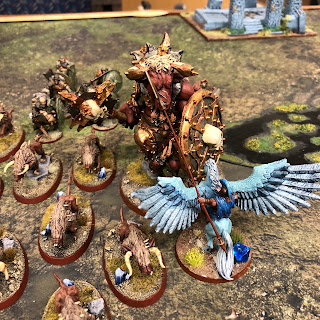 He didn't quite manage to kill the monster, but left it exhausted, so at least neutralized for now! Unfortunately my creatures were also in a similar state. Ares also moved this way to lend a hand, if needed. 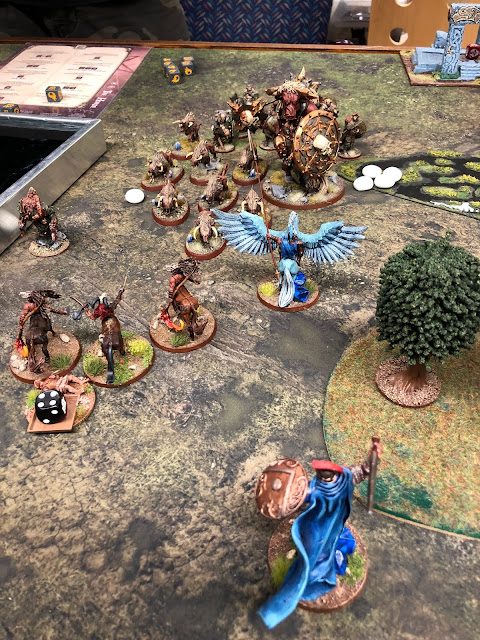 During the next rounds my forces started advancing also on my right flank, Atlas the behemoth leading the way and Spartans (HG) following. To my surprise tactics had completely changed - I as advancing, while the Horde was holding back - luckily they didn't have any shooting units. 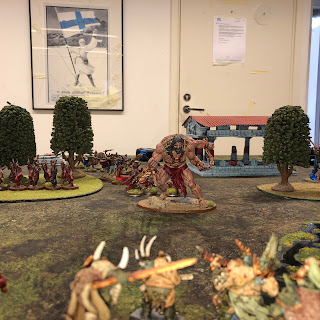 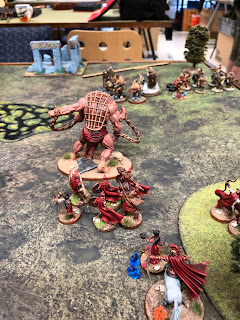 Grande finale - slaughter on all sides! 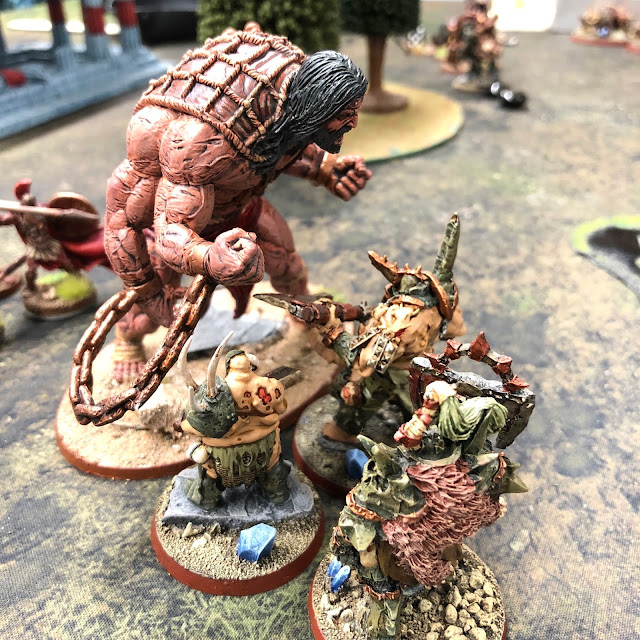 Then enemy HG moved in to avenge their fallen creatures and
killed my already fatigued Captain - not a very brave deed... 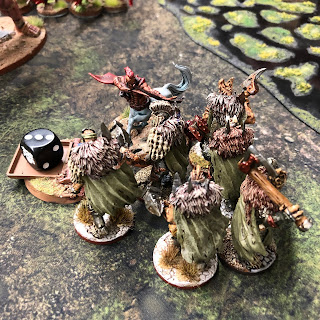 Soon most of these HGs were also taken out and my Spartans moved in
to deliver the final blows... 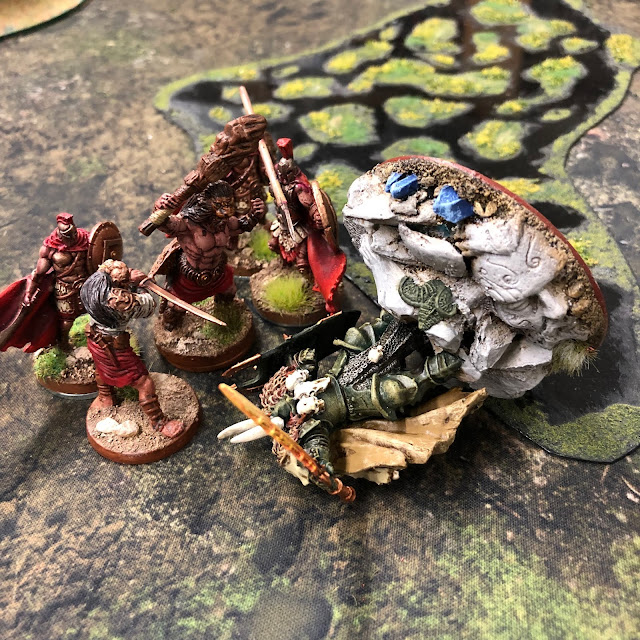 Mighty enemy Warlord was overcome my the Spartan art of war!

These were final moments of the battle and we started counting the slaughter points... I had a couple of more points than Matti, but it was still a draw! An excellent and surprising game indeed!

In addition to this battle we also ran a demo of Mortal Gods for Tor-Erik, whom had painted our club's MG starter set minis for common use, but was yet to try the game.

I ran Spartans with the Harvester - they performed well... 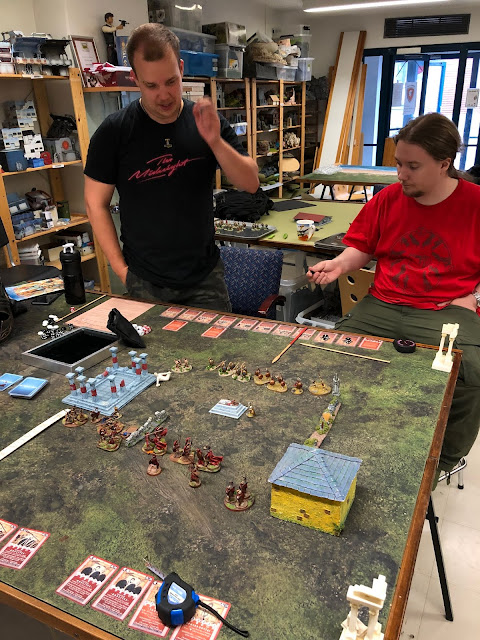 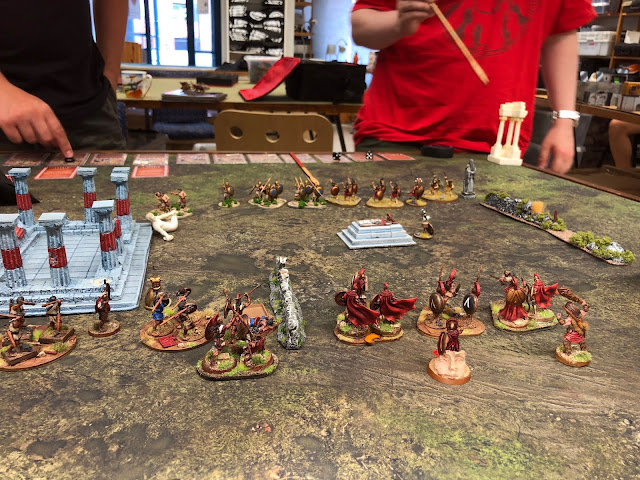 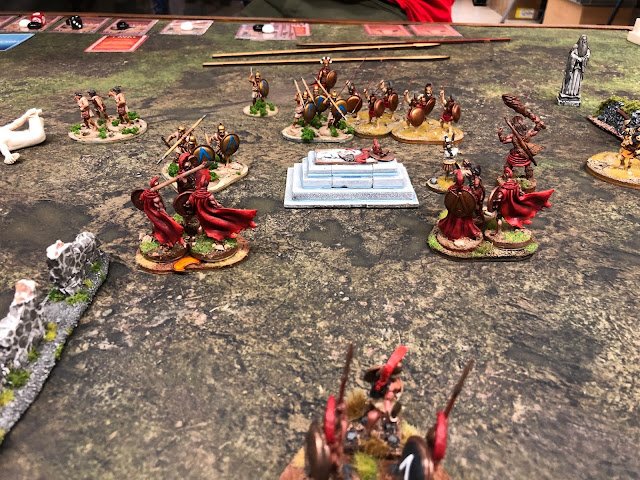 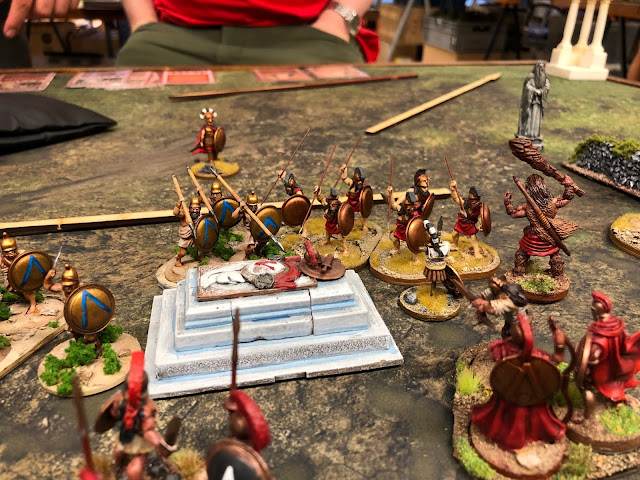 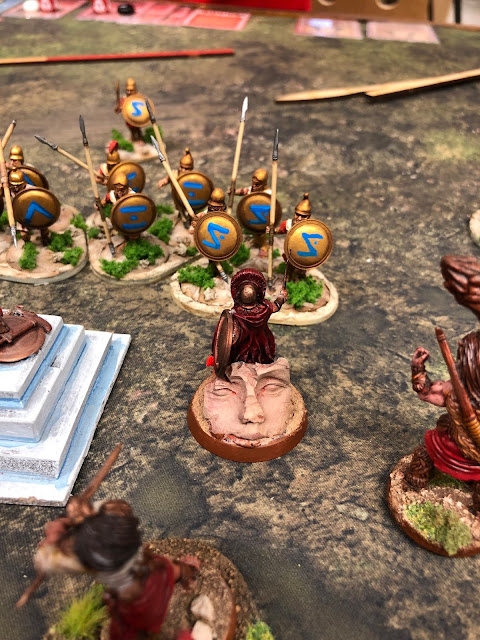