This has been a project long in the making. Now, as Warlord Games is finally publishing something that is not about British isles nor Rome - Age of Bronze - I felt, that now I want to do this!


First thing to do was to clean up, build and base my forces. Basing aims for Hail Caesar and for some skirmishing too...
Pile of lead organized into ranks and files 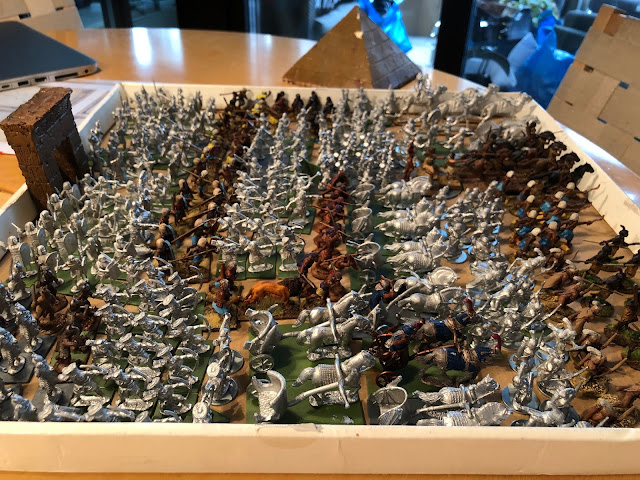 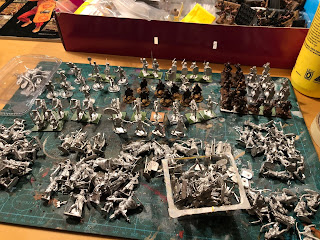 Wargames Foundry Chariots in the making 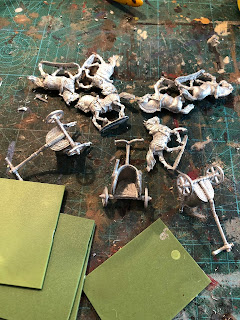 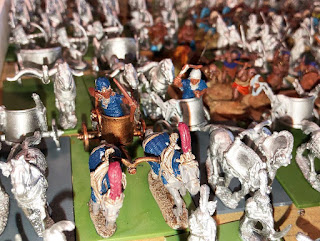 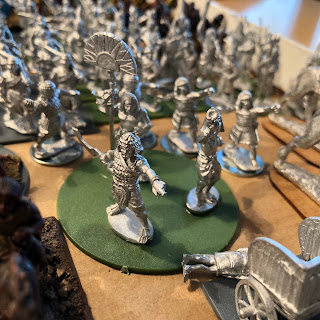 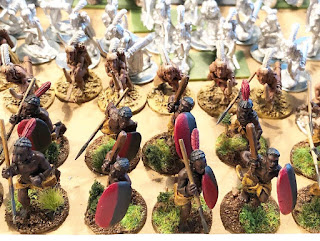 These Kushite warriors from Cutting Edge Miniatures.
They have already served in our Congo -games

Scout cavalry, these are actually Carthagians I think,
but suite just fine 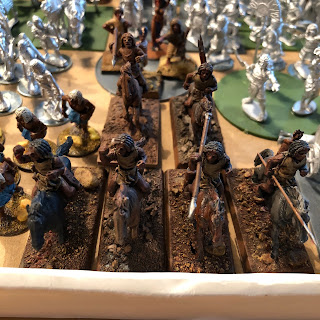 I always aim for good balance in efficiency and quality (paint job). So, when I have a
suitable spray to use as a key colour, that would also suite to the base (= some brown hue), I sand the bases before spraying. 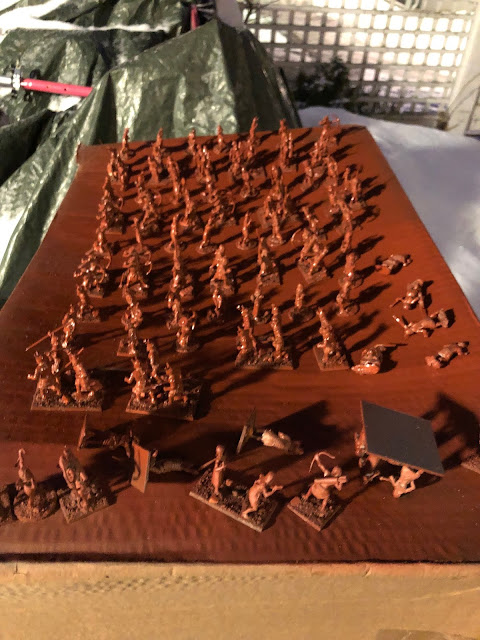 Most of the models now based and undercoated 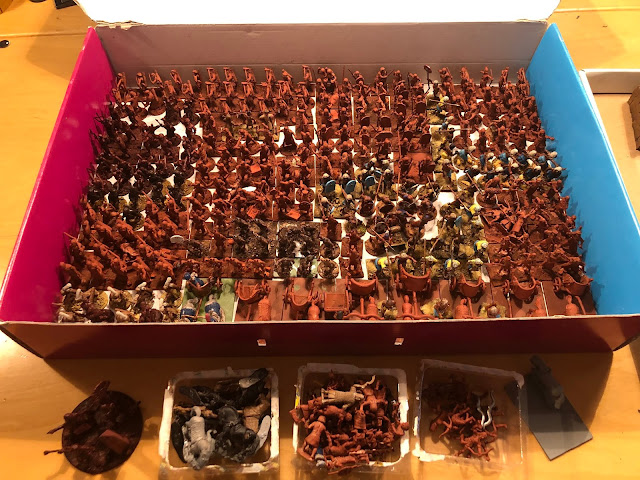 Currently there are no plastic sets available for the bronze age.
I've been kitbashing sets to come up with these sample models... 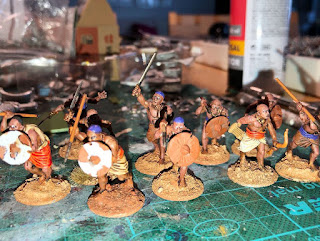 Resources:
Perry Miniatures Mahdist Ansars Sudanese and bits
from here and there. At least one upper body
is cut from WLG's Ancient Celts 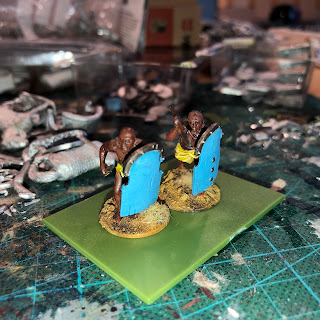 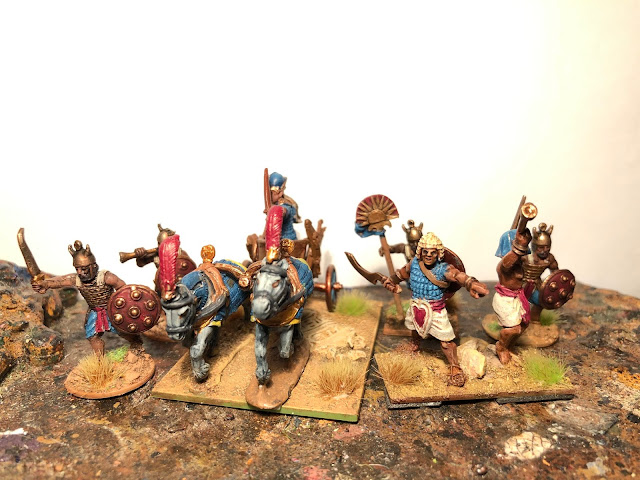 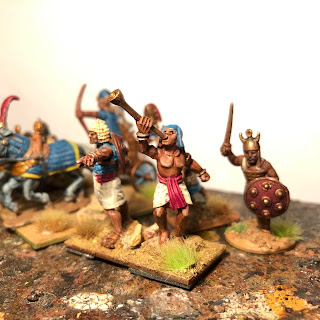 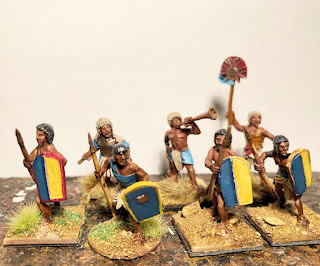 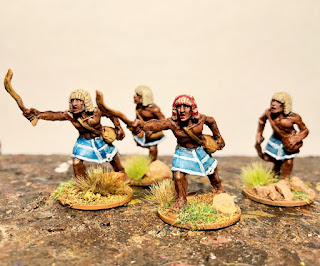 Kalle had agreed to paint a small force of Hittitees and we opted
to start playing with Hail Caesar Skirmish rules from the Age of Bronze supplement.
We picked up a scenario were Sea Peoples pirates were attacking a Phoenician ship stranded
on a beach. Unfortunately the skirmish rules proved to be utter rubbish; the logic of operating each model as an entity just didn't work, especially in the melee. We quitted the game after three rounds and agreed to do it again with Chariot Rampant rules from Wargames, Soldiers & Strategy issue 82 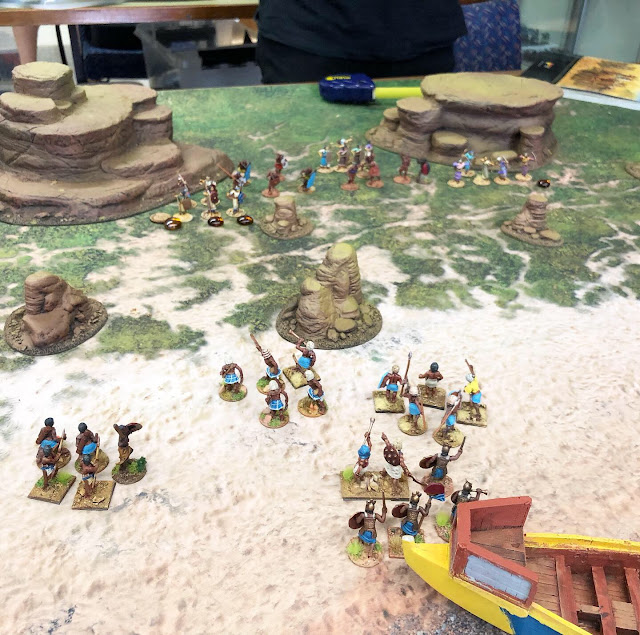 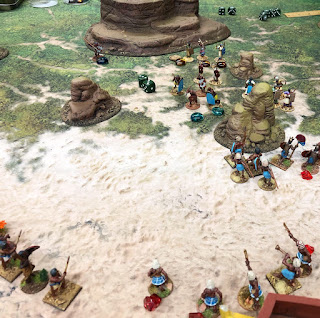 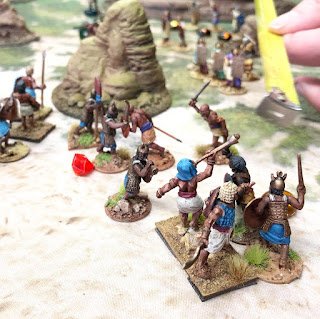 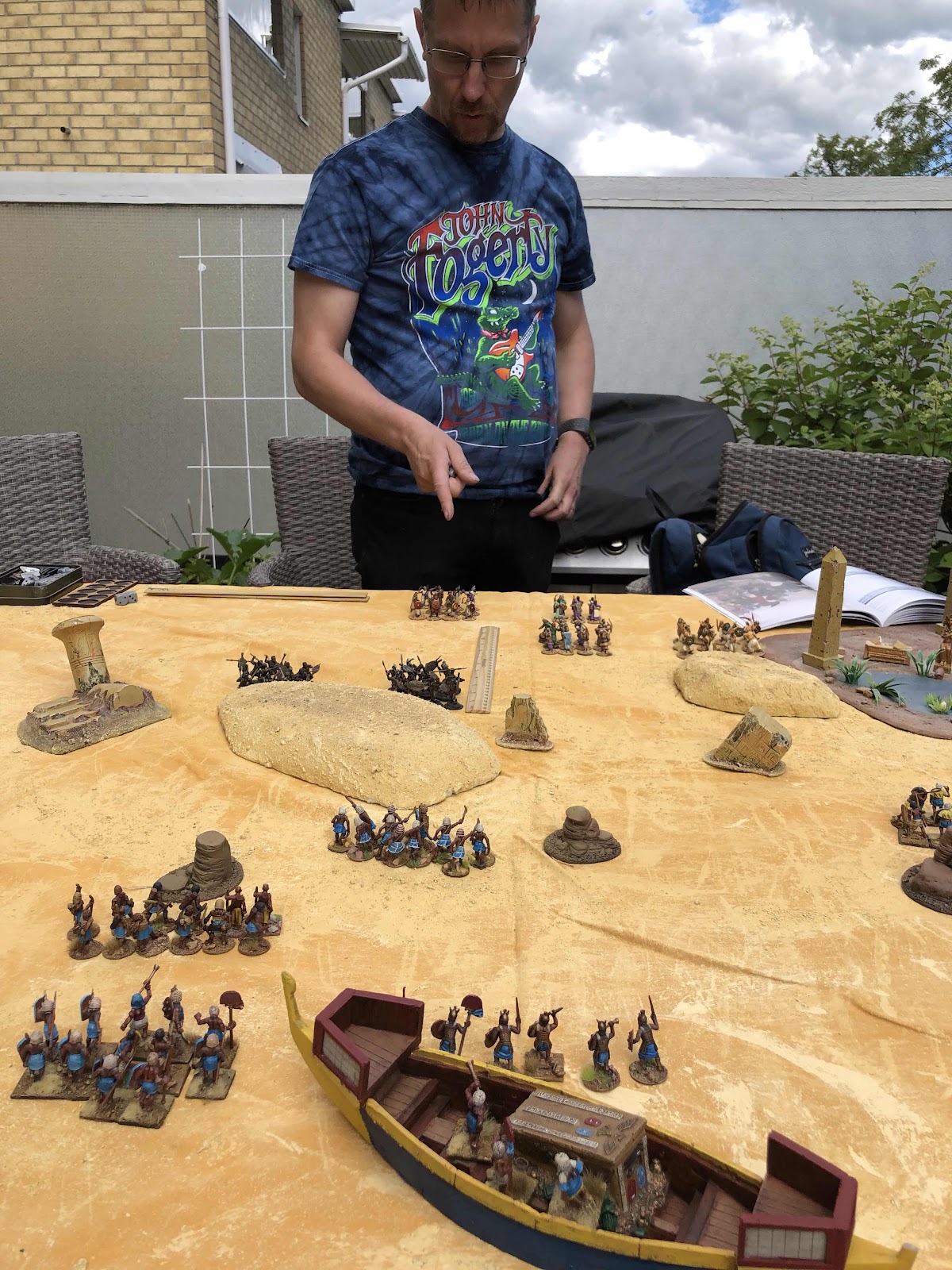 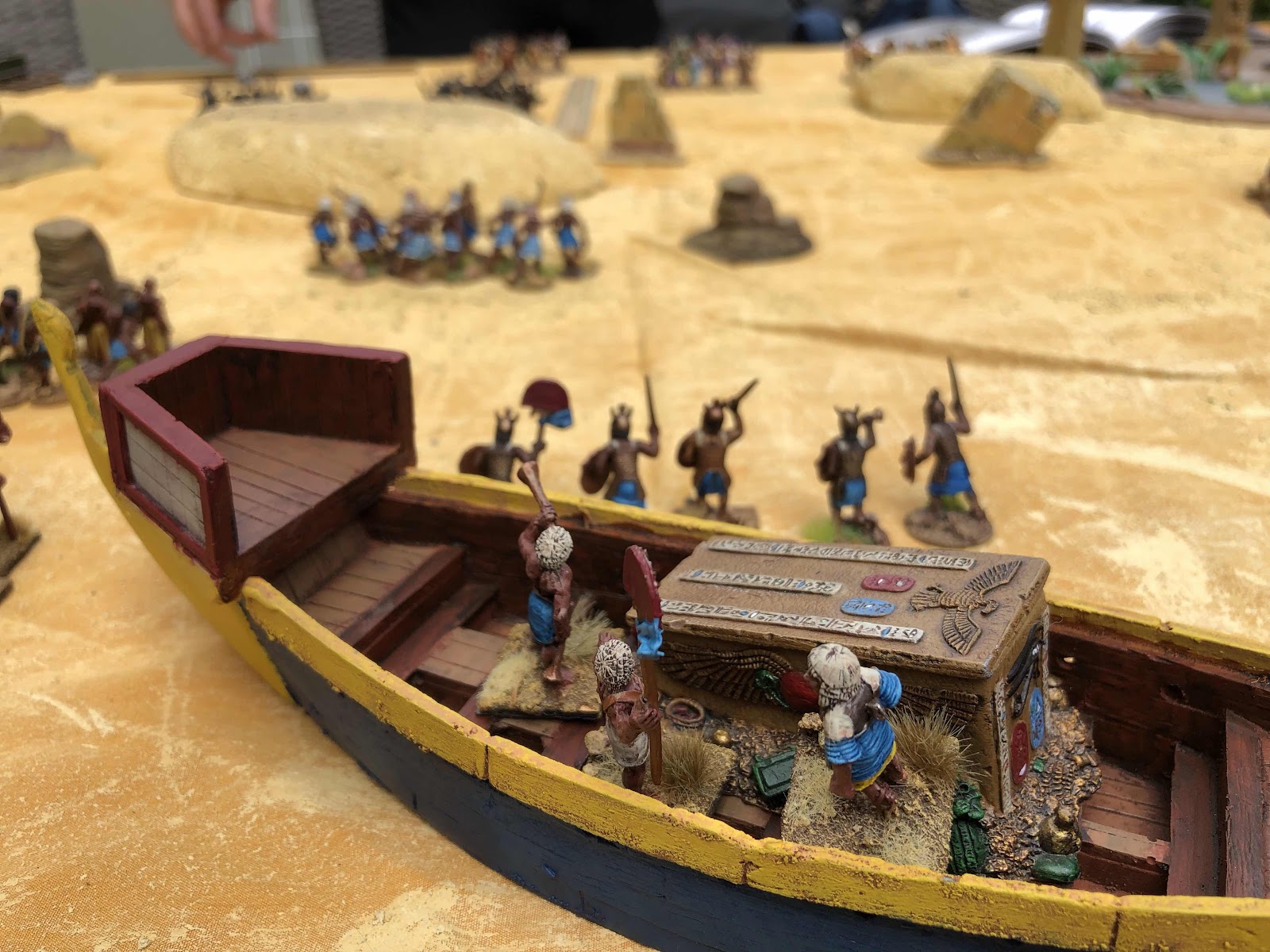 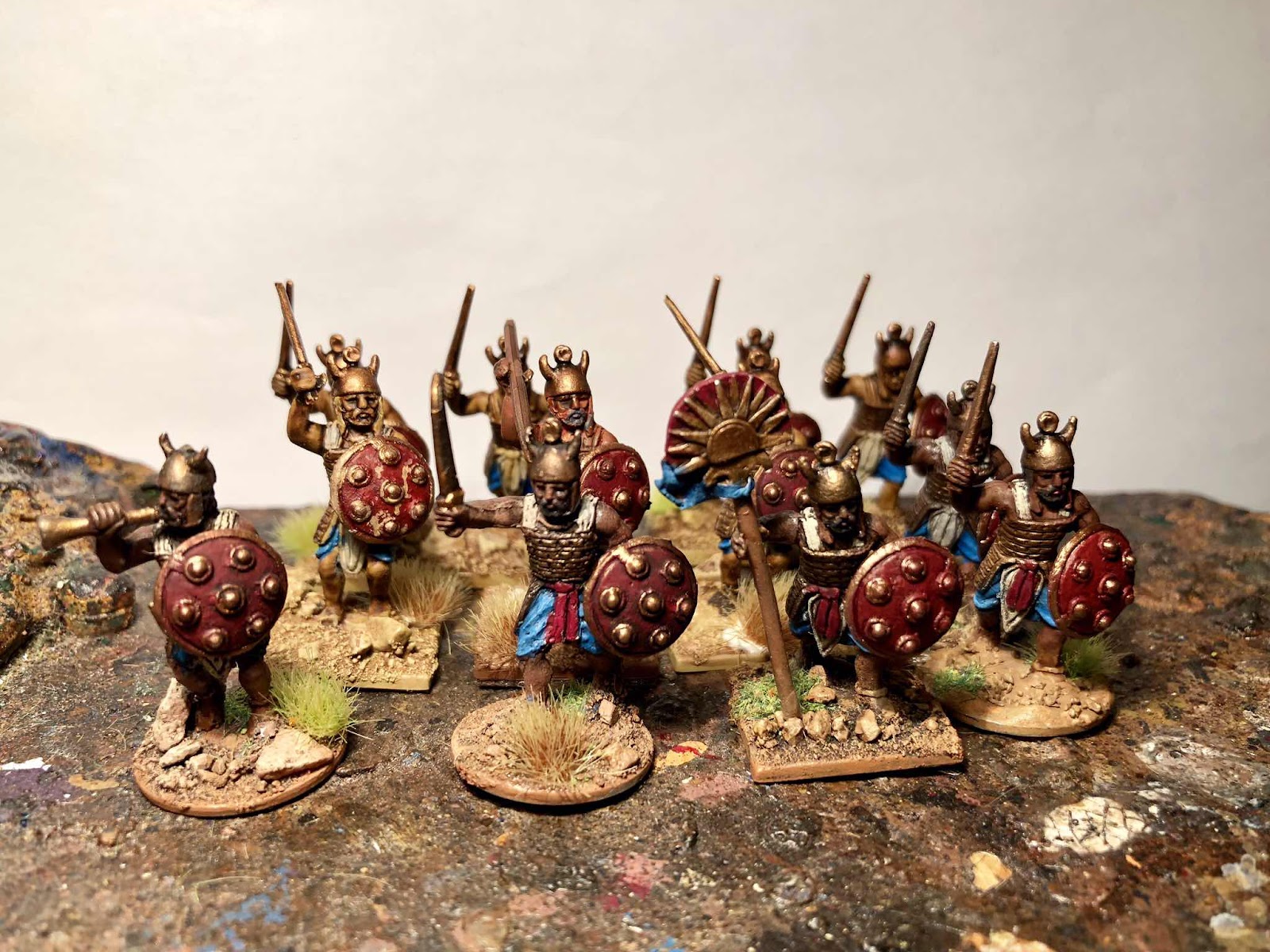 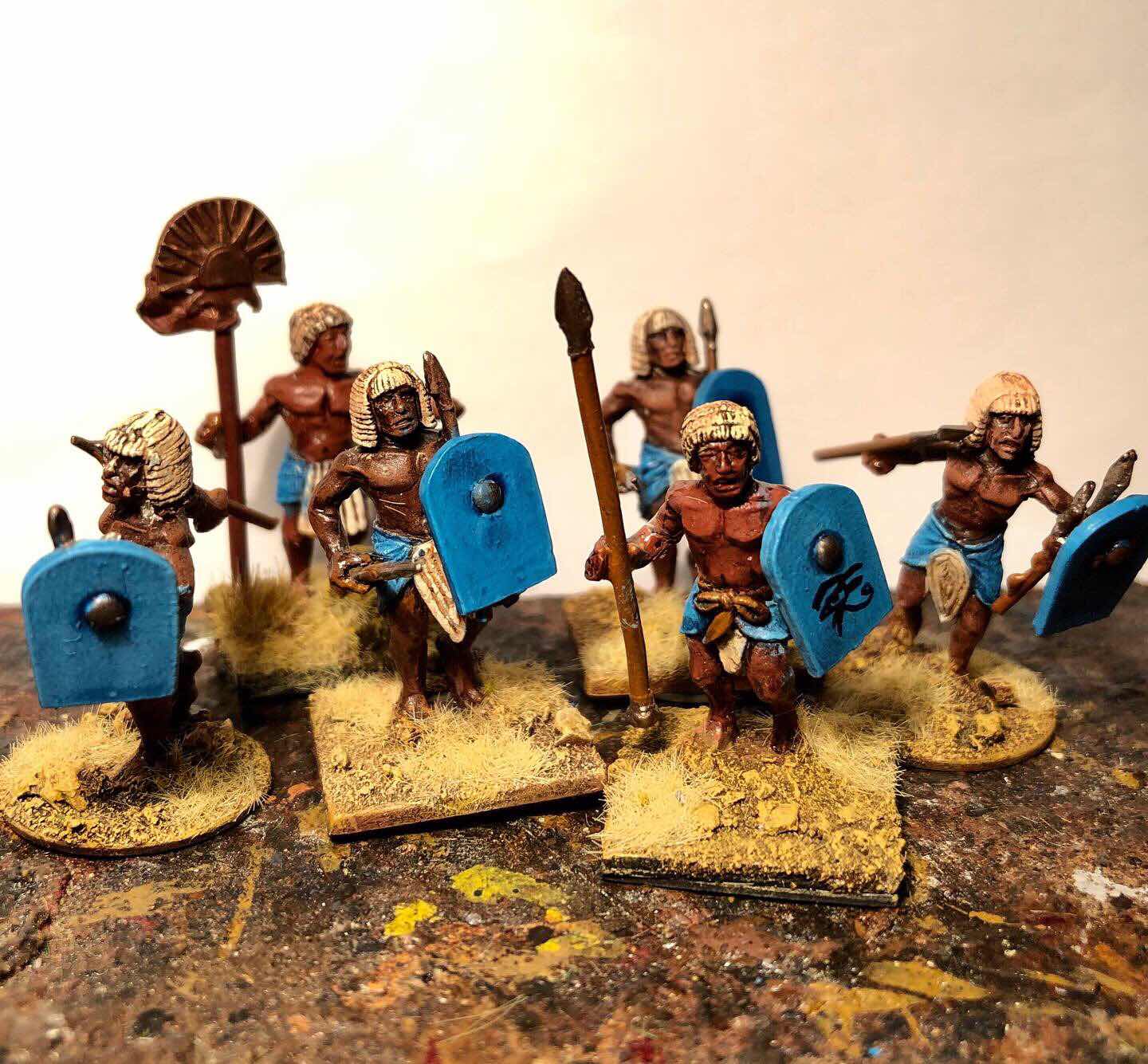