I started (eventually after resisting for several years) playing Bolt Action with Winter War Finns via the notorious Baker Company Kickstarter (I actually got like 2/3 of the minis promised). Then we agreed with my friend Marko to build up a joint Imperial Japanese Army. As you could expect, we both ended with sizeable Jap forces ;-)

Somewhere down the road I thought, that if want to join in on the many games against Germans, I will need some allied forces as well and I chose to go with the British or actually Commonwealth, as these would fit fighting against my Japs as well. First unit I painted were the Gurkhas - legendary warriors I remembered from the WW2 comics I'd read as a kid. 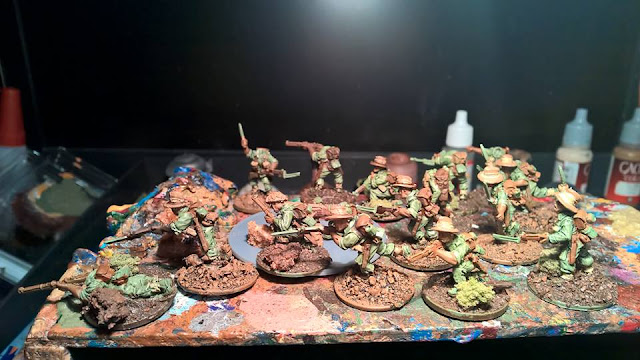 With the release on the Pasific theatre source- and scenario books by Warlord Games (Empires in Flames and Campaign New Guinea) more interest on this project started mount up and I started working on the minis (and ordered some more of course). This Project page is for tracking the progress of this force coming together and fighting the Pasific war.

Putting the forces together


My basing might be somewhat unorthodox for Bolt action; I like to create small diodramas by basing several models on 1 base (3-2-1 concept): 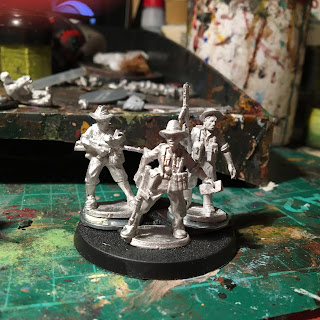 Medic attending to a wounded as his aide
calls for stretchers 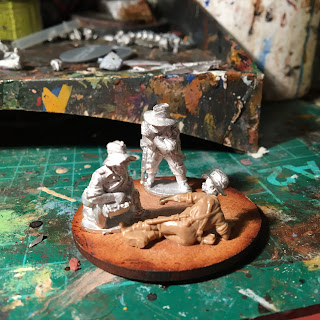 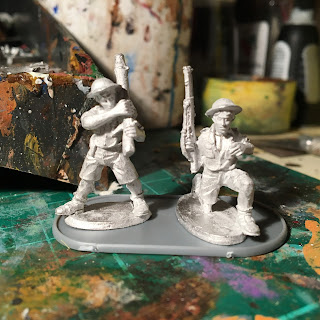 Chindit officer and his aide with a radio 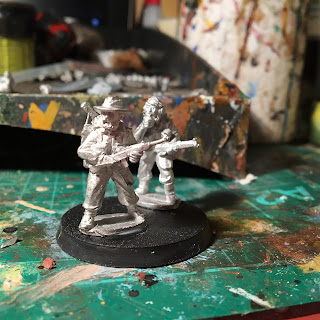 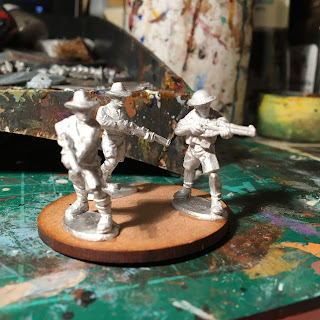 After the Gurkhas I've continued with my logic of not really painting British troops but men from different nations in the Commonwealth:

First group of Chindits by Wargames Foundry (characterful as always): 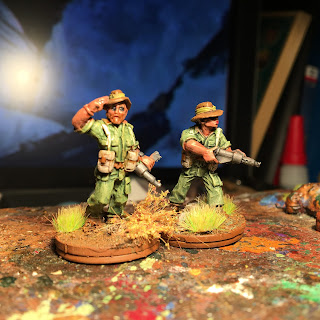 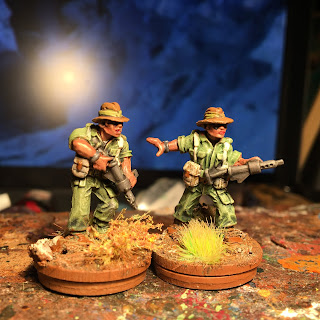 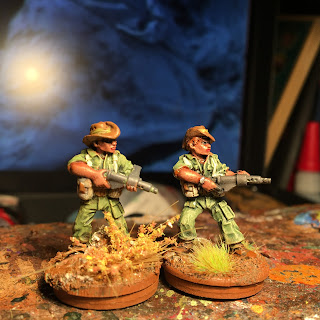 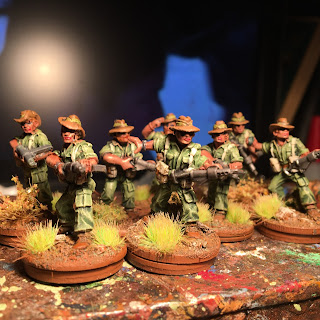 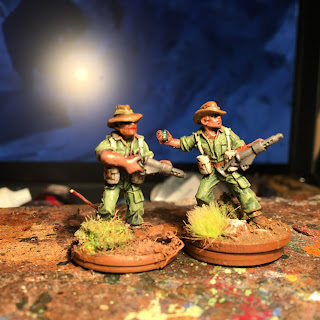 I've simultaneously been painting Sikhs and a Sherman tank.

Minis are Sikh troops from Artizan Design and both Perry (Desert Rats)  and Warlord Games plastic British with separate Sikh heads from Warlord. Models still WIP, but I'm happy with the conversions and they're are fast to paint as are Chindist as well (via utilizing spray undercoat, washes, and rapid dry brushing for the clothing): 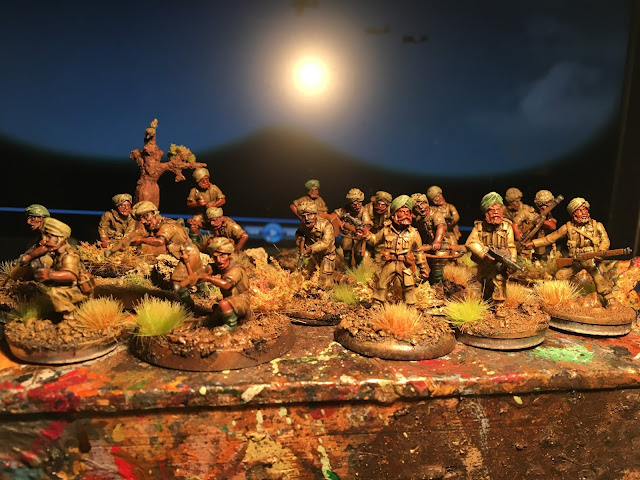 Another thing that really speeds up my work is the fact, that I've already painted some 3 mortars and based them - once again with areas of magnetic rubber on the base. In this way I can simply swap crew men for the weapon. 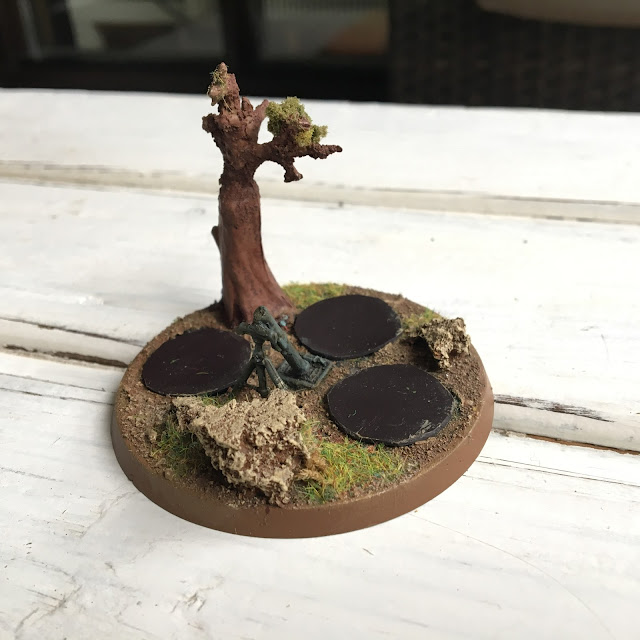 More stuff in the pipeline: Sherman tank and troops from the Australian release bundle: 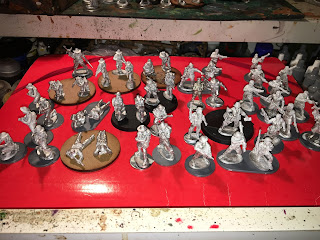 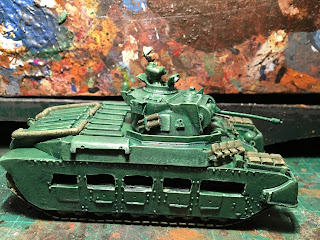 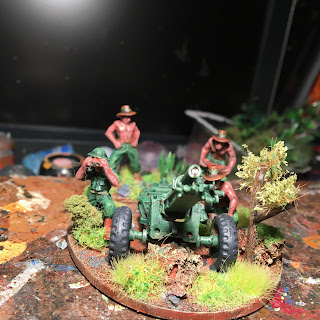 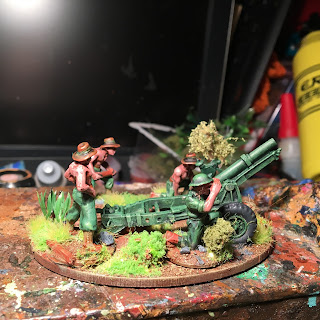 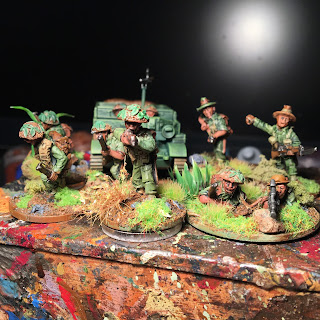 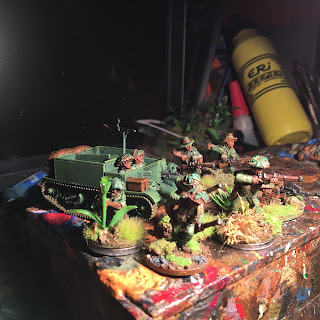 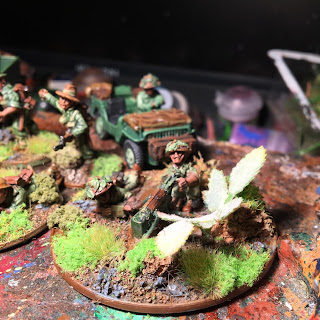 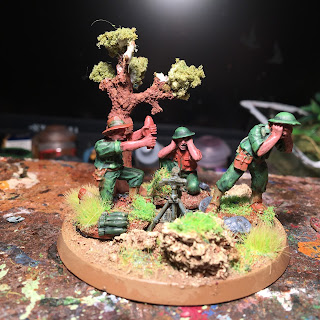 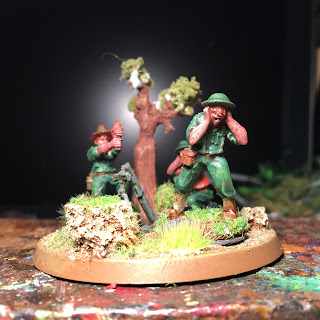 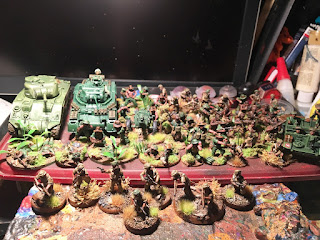 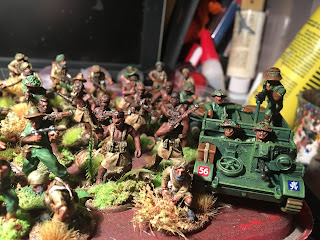 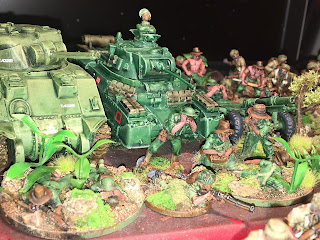 Naturally my forces have already seen some action as well. Links to blog posts reporting these here: