My long time wargaming friend Jussi suggested, that we could organise a fluffy (not HC competitive min max), map based campaign, I was all in and helped him to draft the Campaign doc. Then it took some promotion to get enough players to join in, but eventually we had 8 players, including my oldest wargaming buddy Pave, joining, whom all seem to have same expectation more or less: narrative, fluffy armies and relaxed gaming! And now there is only war! 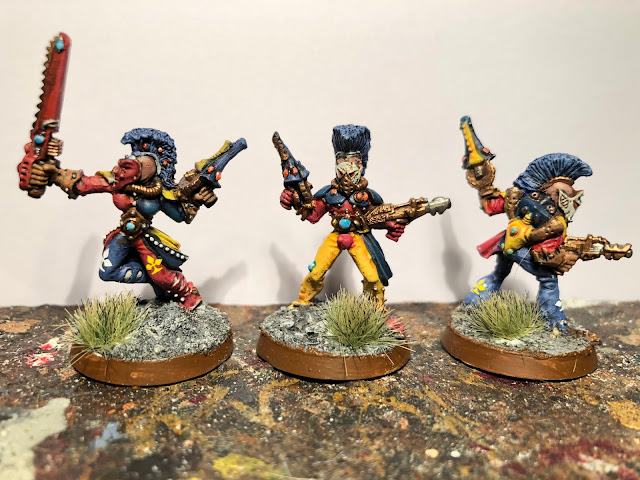 As part of the campaign concept we will track heroic deeds of units in our armies; when they claim victory points in battles they earn Veteran Points they can use to buy upgrades. I’m using this blog page to track the deeds and VPs of my units. 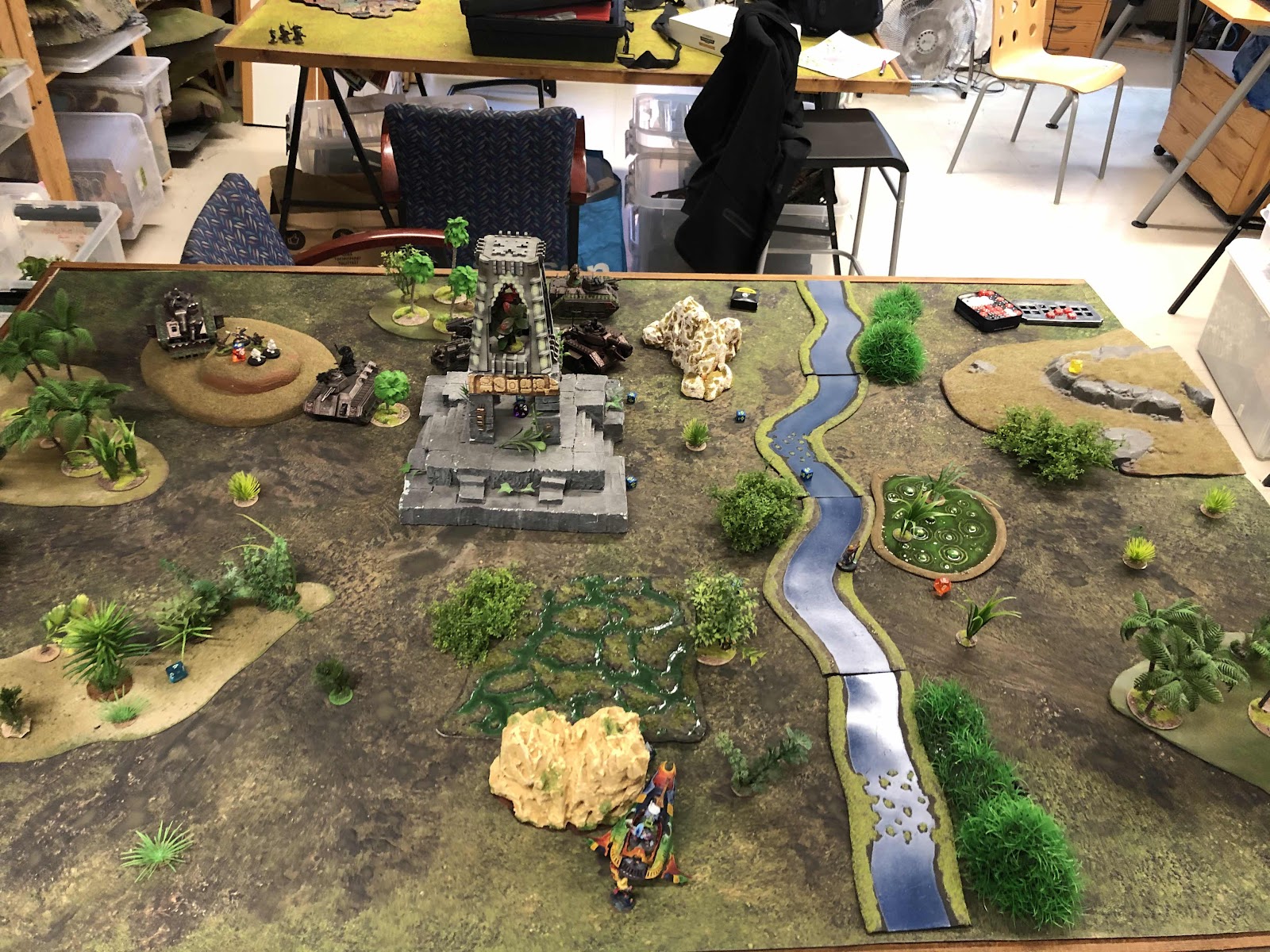 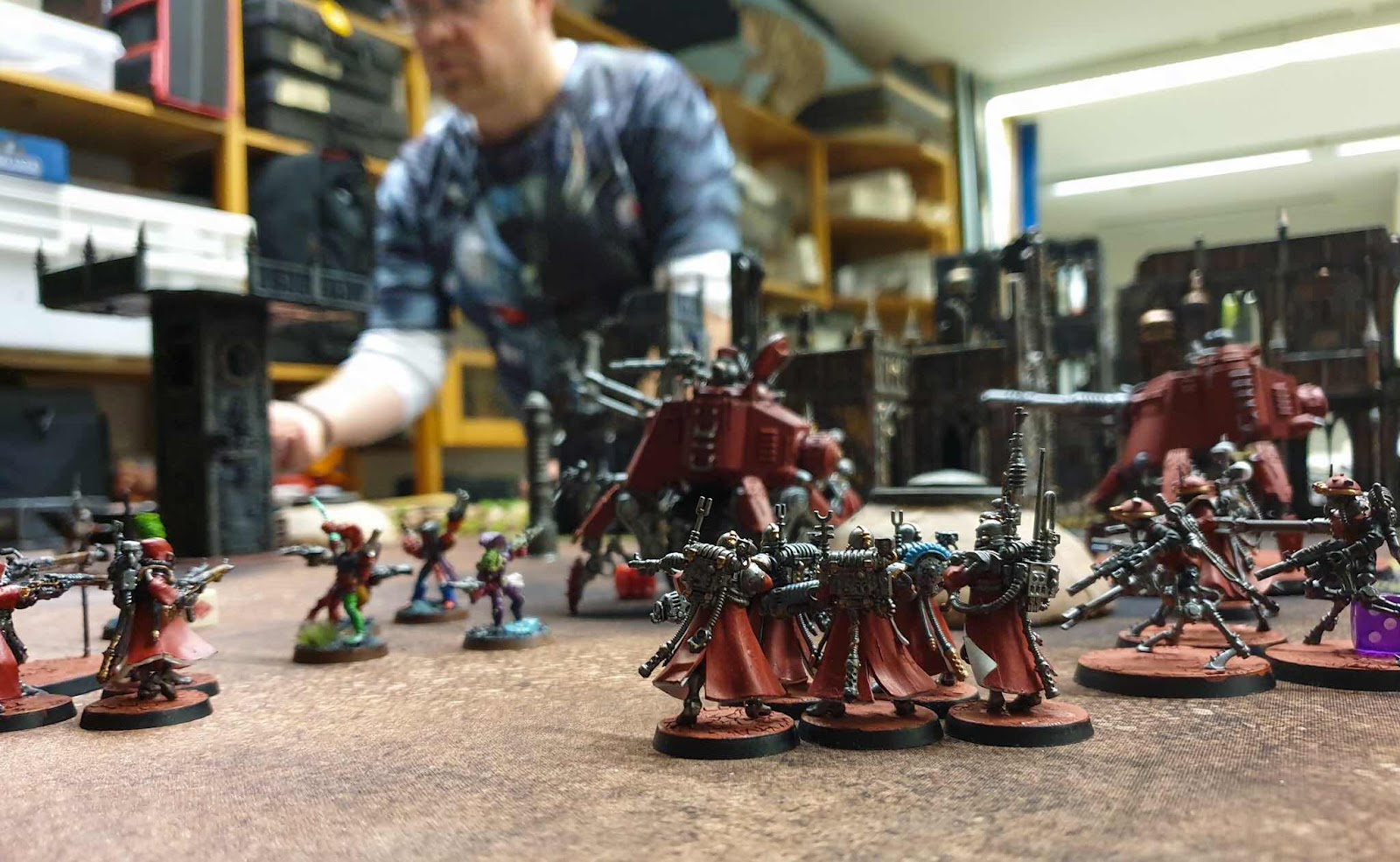 
My Army and their Veteran Points 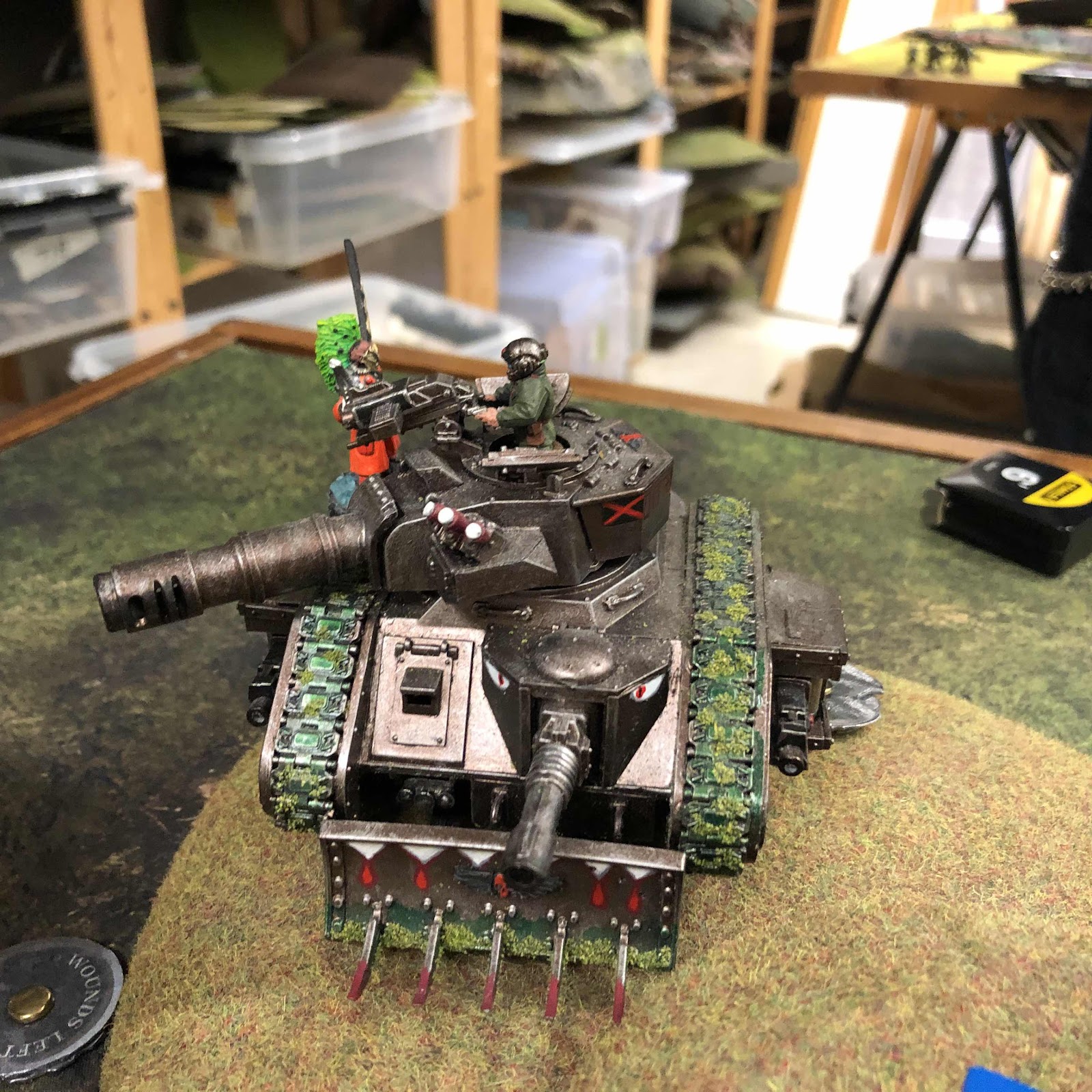 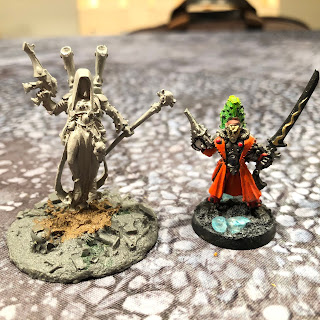 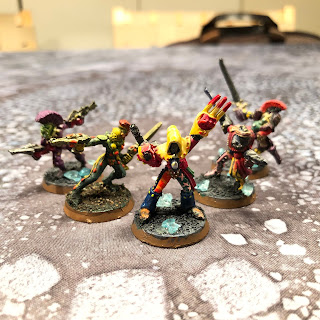 Battle 1. Rode the star weaver into the midst of battle, took out the enemy psyker. Were then blasted to smithereens by concentrated enemy fire.
Battle 2. Survived the Meat Grinder scenario 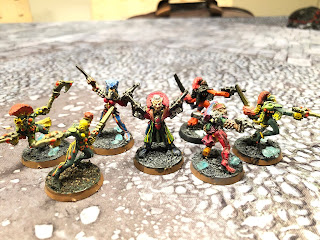 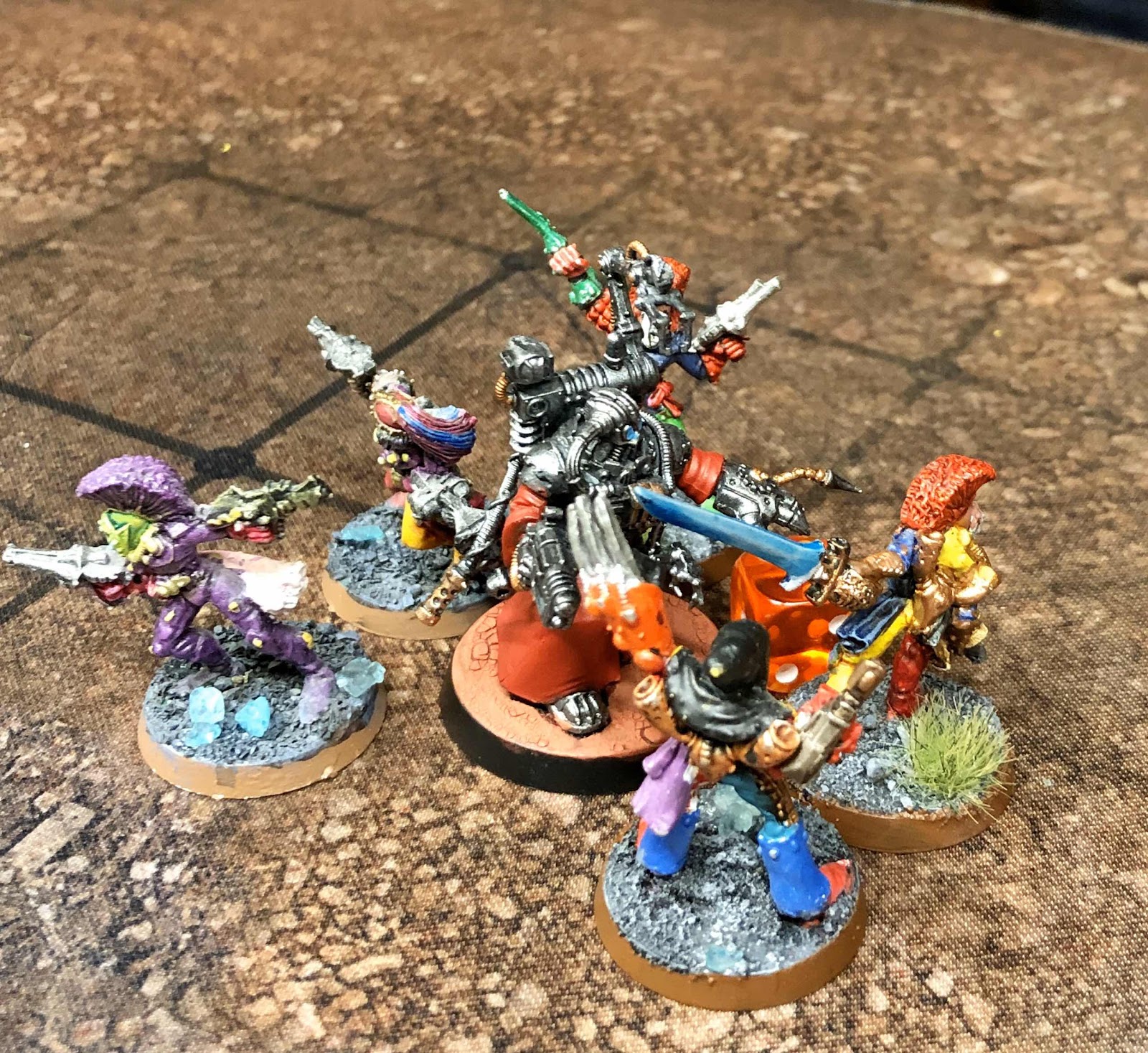 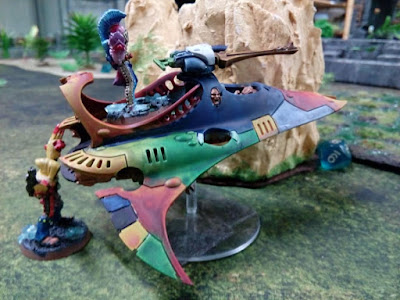 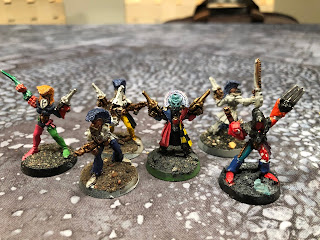 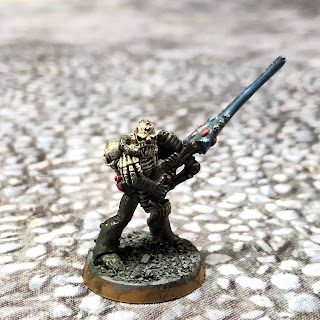 Battle 1. Had to wait for proper targets. Secured one objective.
Battle 2. Took some potshots from his elevated sniping position, as no enemies advanced he was a bit bored. Survived the Meat Grinder scenario 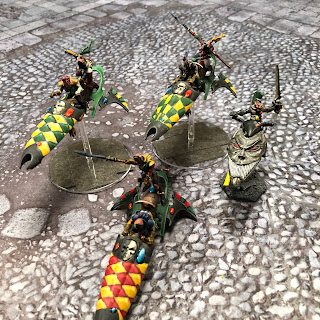 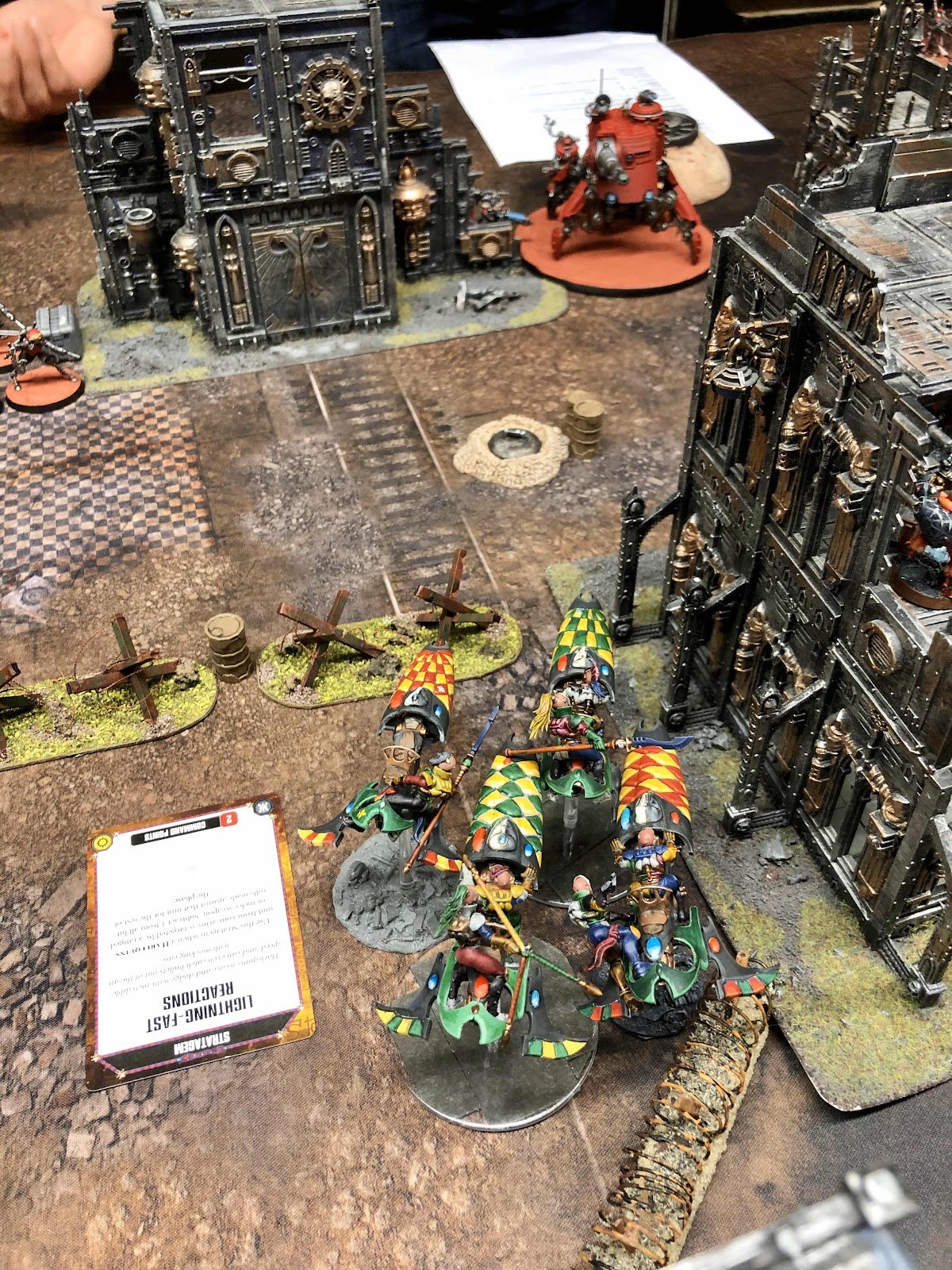 Battle 1. Blasted at enemy vehicles. Survived lot of shooting and contested an objective in the end.
Battle 2. Engaged in fire fights with enemy hevies, taking some losses. Survived the Meat Grinder scenario 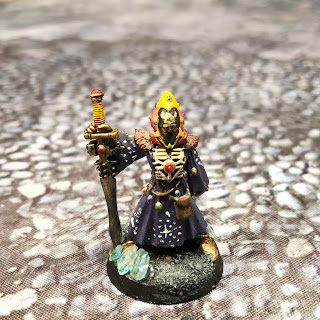 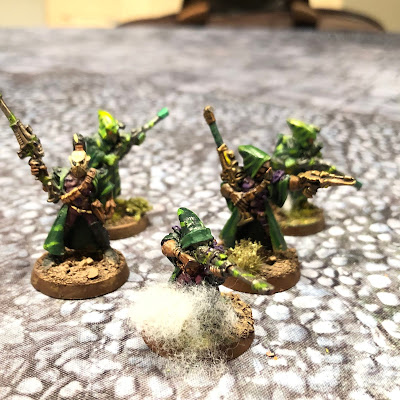 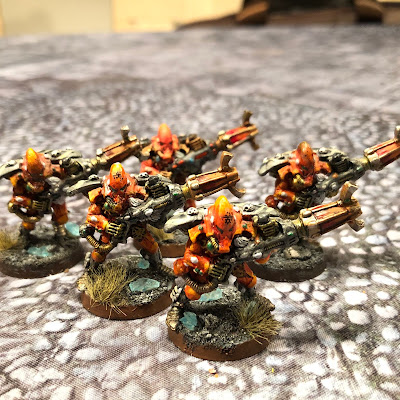 Battle 1. Jumped in from reserve. Destroyed enemy elites and secured an objective together with Deathjester
Battle 2. Made a tactical, if somewhat suicidal jump into the midst of enemy right flank, caused havoc and survived a terrible amount of
shooting from enemies. Were eventually wiped out. 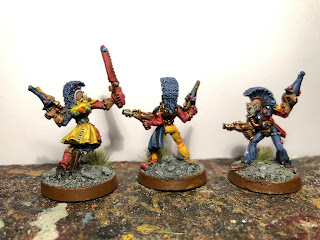 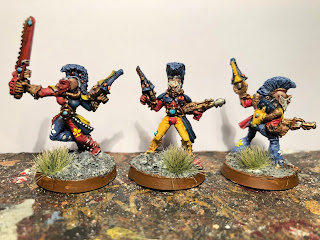